In 1983, amongst a wave of popular comic book anti-heroes, Keith Giffen and Roger Slifer introduced the world to the interstellar biker bounty hunter in their Green Lantern spinoff, Omega Man. Created as a parody of aggressive ultra-violent characters like Wolverine and Punisher, the red-eyed Czarnian reached enormous heights of popularity in the early nineties with the groundbreaking miniseries Lobo: The Last Czarnian, by Giffen, Alan Grant and artist Simon Bisley. Below, we’ve rounded up 10 awesome facts about the baddest bastich the galaxy has ever seen.

10. Lobo, whose name roughly translates as “he who devours your entrails and thoroughly enjoys it,” enjoys mindless violence, intoxication, and the color Sepulcher Black. He loathes square jaws, goody-goodies, democracy, flags, basic rights and most everything decent. 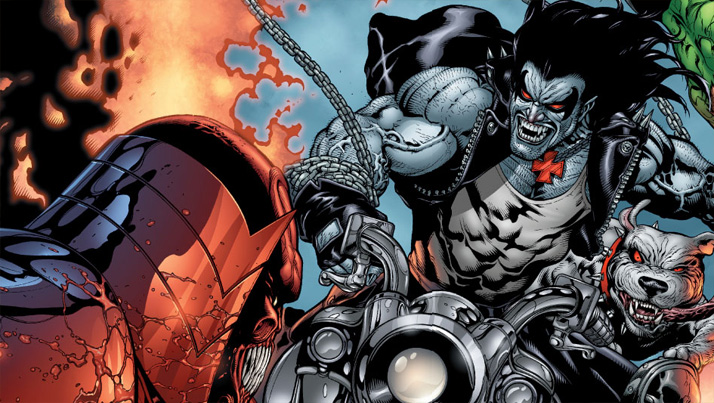 9. Lobo became the last Czarnian after fragging the rest of his planet for a high school science project. (Naturally, he gave himself an A.) As extra credit, Lobo enjoys the benefit of the fact that Czarnians can only be truly killed by other Czarnians. 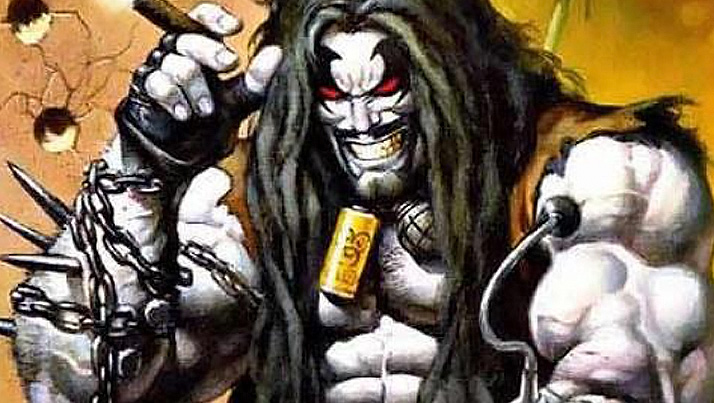 8. A man about the universe, Lobo can speak 17,897 different interplanetary languages, and has perfected his tracking abilities. If he has met a victim once, he can trace him anywhere in the galaxy. 7. Lobo is a man of his word. If he makes a promise, he will stop at nothing to keep it. He is also surprisingly protective of space dolphins, which he cares for and avenges violently when they are wronged. 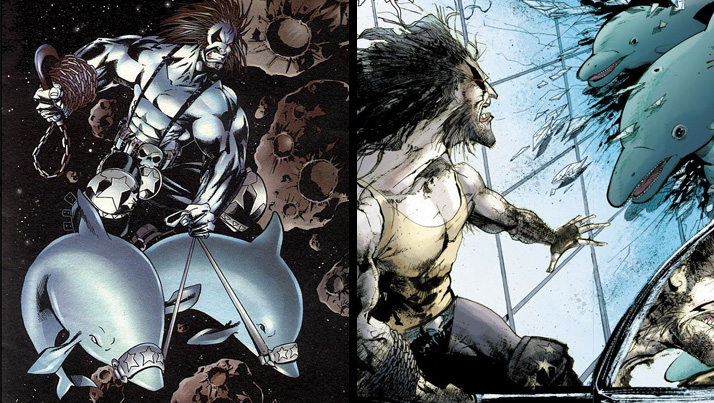 6. His superhuman strength, speed and invulnerability are on par with Superman. He has been known to not only survive planet-destroying hits from the Man of Steel, but to do so without a scratch. 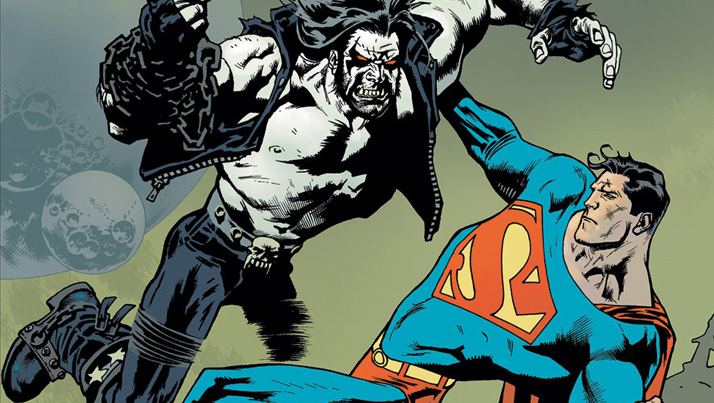 5. If Lobo somehow sustains an injury, his accelerated healing ability enables him to regenerate damaged tissue instantly. For instance, Lobo can regenerate out of a pool of his own blood, which comes in handy. 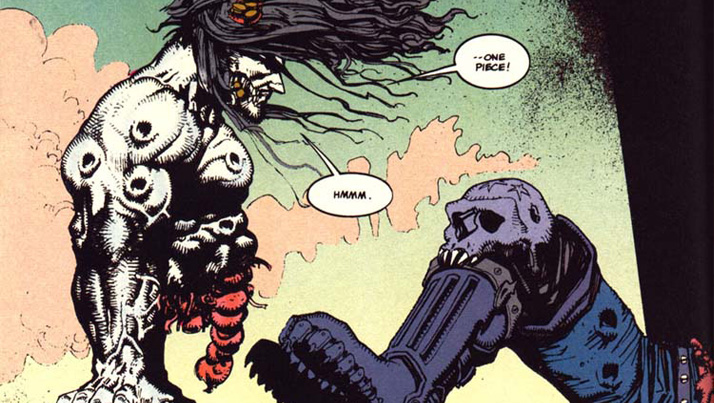 4. Despite the last two facts, Lobo has died on occasion and goes on to wreak havoc in the afterlife. Hell doesn’t want Lobo and Heaven can’t handle him, thus he has been banned from both, by default rendering him immortal. 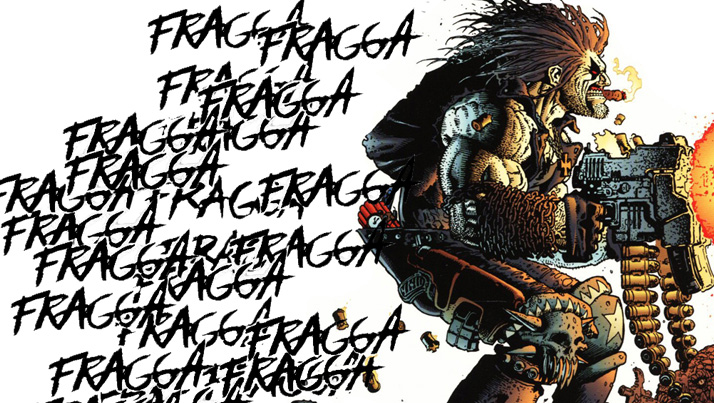 3. The Main Man’s most used exclamation is “Feetal’s Gizz!” (short for Feetal’s Gizzard.) Webster’s Standard Galactic dictionary mentions an ancient ‘Curse of Feetal,’ but says no more on the subject… 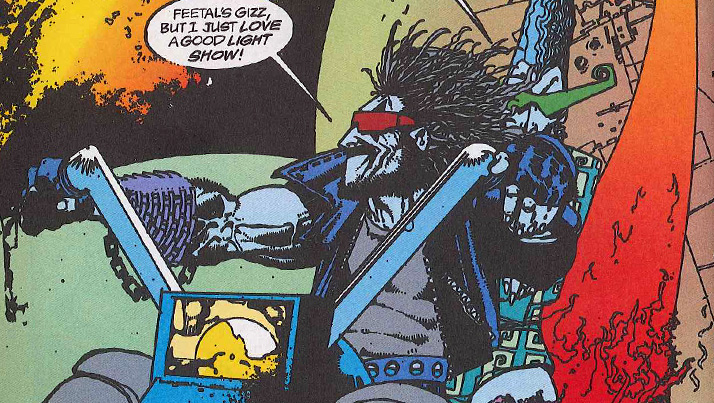 2. According to various interviews, Lobo happens to be Stan Lee’s favorite DC character. 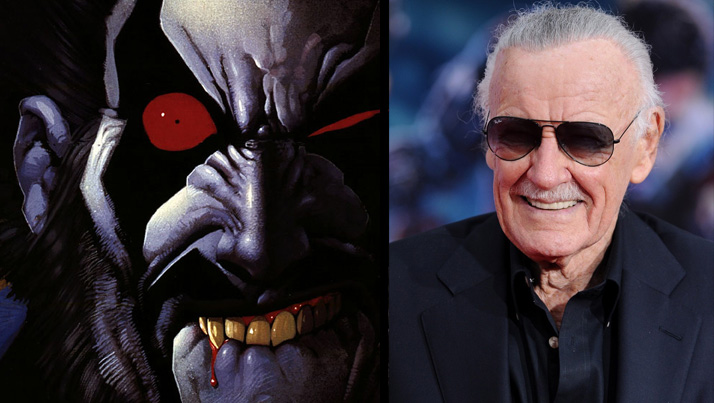 1. Sideshow Collectibles has just unleashed the Main Man as a Premium Format™ Figure – plus bundle him with Dawg and save $20!