At last we will reveal ourselves to the Jedi… 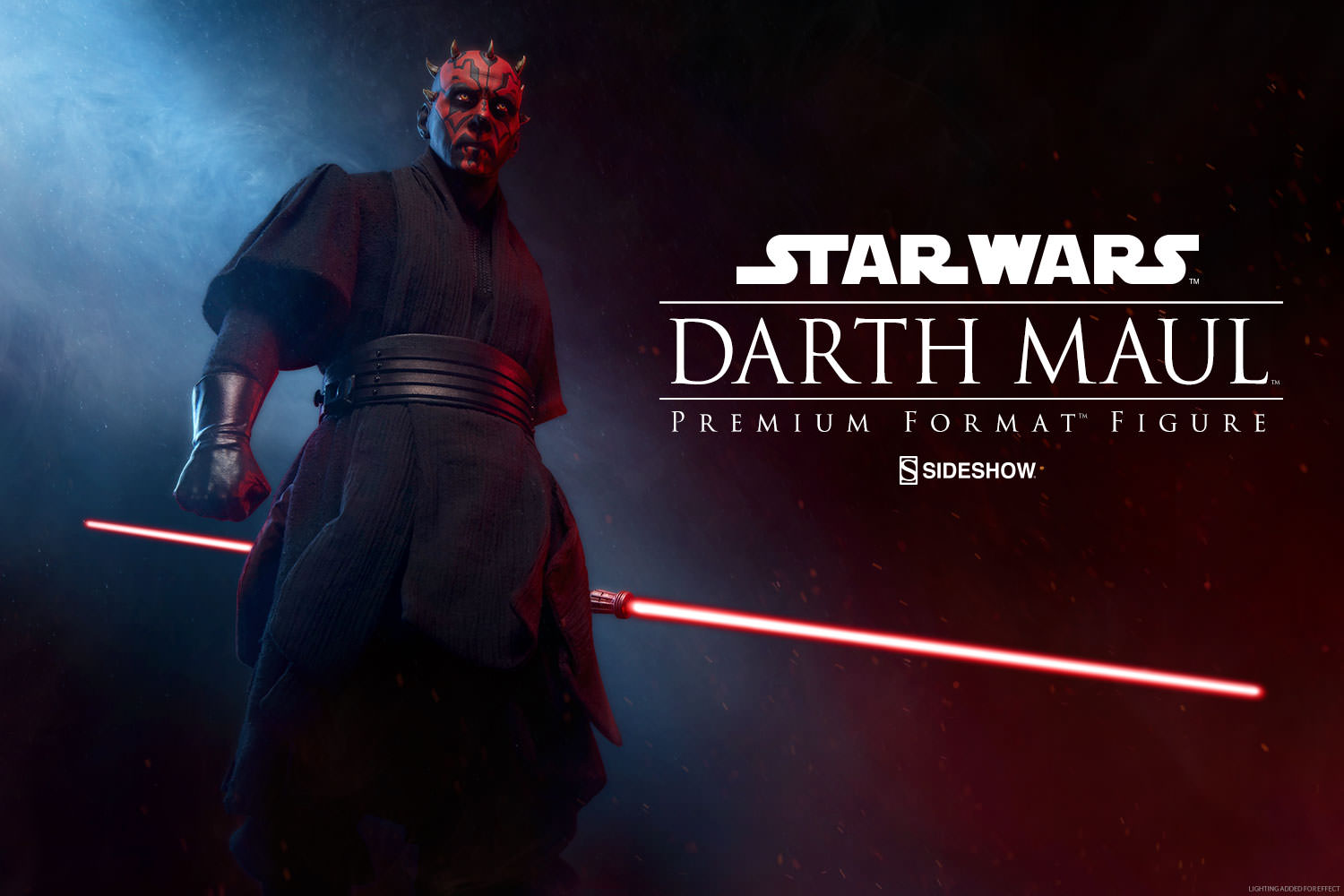 Often a movie or show can be defined by the villains that antagonize the heroes. They lend depth and perspective to the entire piece and help us further immerse ourselves in the story being told. To our minds, some of the most feared and effective villains are those that barely speak. Those that don’t fully reveal their motivations for us and give us the same impression of unknowing fear that the heroes are experiencing. The silent pursuer or stalker that haunts every shadow, as it were.

Perhaps no other Star Wars villain best embodies those traits as well as Darth Maul. With an always focused terrifying visage and few words, Darth Maul is a Sith who our minds have always wanted to know more about. His original screen time may have been cut short, but thankfully we now have more ways of enjoying the sense of dread he engenders in us. 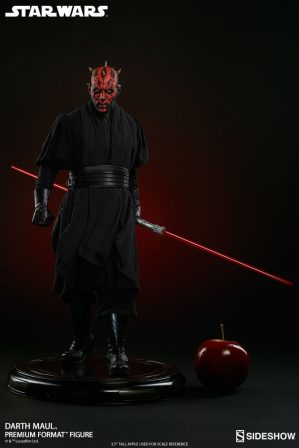 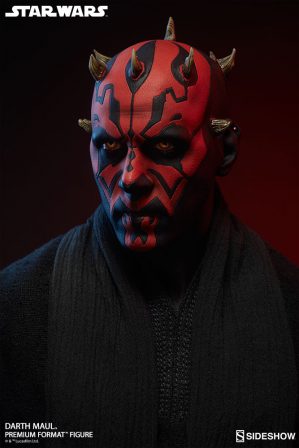 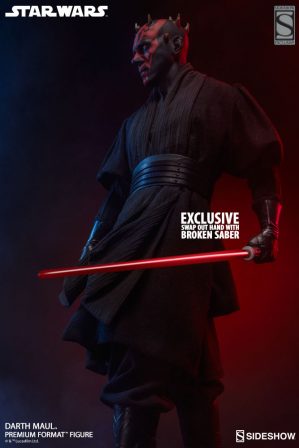 Sideshow’s Darth Maul Premium Format™ Figure captures the highly detailed likeness of Ray Park in an aggressive stance, enrobed in a handcraft fabric costume. Darth Maul’s iconic double-bladed lightsaber is clenched firmly in hand, while the Sideshow Exclusive version of this piece features a swap-out hand and severed version of his trademark lightsaber. 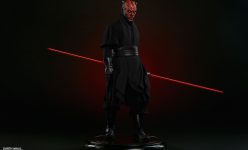 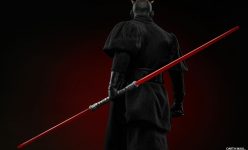 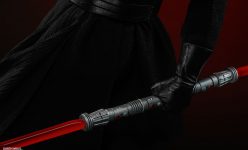 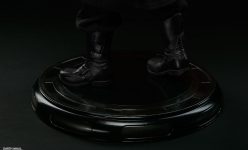 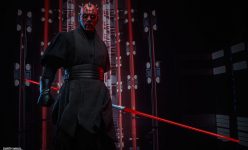 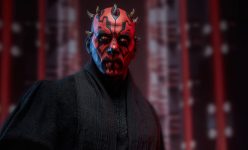