Behind the mask of the Predator

“The Predator is an iconic character, as well known and loved in science fiction film history as any character out there. And he’s basically a man in a suit.”

It all started as a favor for a friend. Six weeks into shooting deep in the jungles of Palenque, Mexico, it became clear to director John McTiernan and his crew that the initial attempt to create a convincing monster for 1987’s Predator had failed. Desperately needing a new, more practical design for the creature, the film’s star, Arnold Schwarzenegger recommended Stan Winston Studio for the job. On an extremely tight schedule, Winston’s team worked around the clock to deliver. Inspired by artwork of a Rastafarian warrior in producer Joel Silver’s office, and a suggestion from sci-fi director James Cameron to incorporate mandibles, Stan Winston’s now-iconic Predator was born. 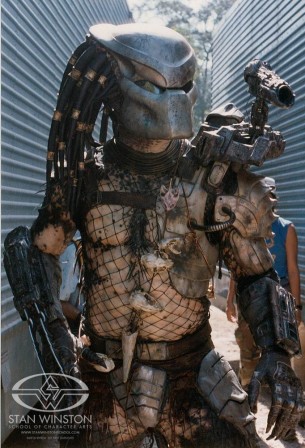 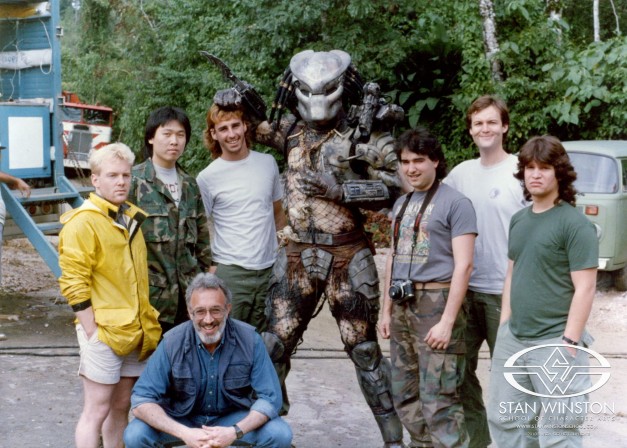 When it came to designing armor and weapons for the humanoid warrior, the Predator’s bio-mask originally featured complex textures and details intended to mimic the creature’s tribal aesthetic.

However, when Silver saw the mask he allegedly “hated it instantly,” convinced that it would detract from the mystery of the Predator, and lessen the effect when the creature’s face was finally revealed. While the mask would later make a debut in the 1990 sequel Predator 2, it was replaced with a much simpler, sophisticated version for the original film (above right).

Sideshow is proud to revisit this classic design with the Predator Mask Life-Size Prop Replica. 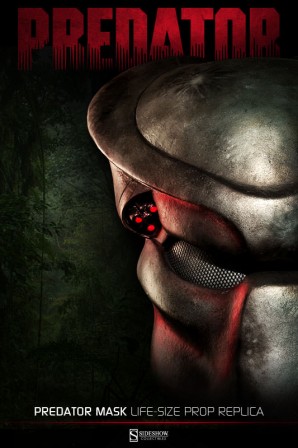 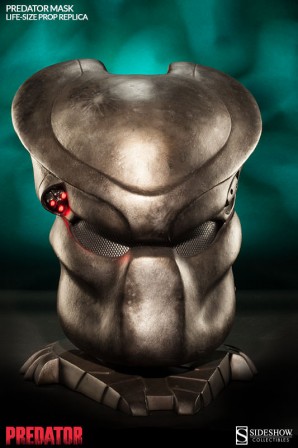 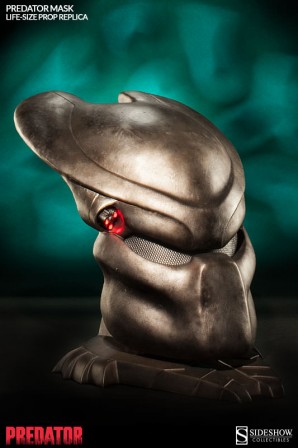 Aiming for the height of authenticity, we teamed up with the film’s original prop designer from the former Stan Winston Studio (now Legacy Effects), Matt Rose, who brought a wealth of reference material and insight. Expertly crafted from an all-new sculpt by Rose, the mask features a light-up red tri-laser target designator and is artfully displayed on a themed base. Finished by hand with acute attention to detail, the Predator Mask Life-Size Prop Replica is a must-have trophy for any Predator legacy display.

The Predator Mask will be priced at $349.99, with optional payment plans available.
Pre-orders begin Thursday, February 27 2014.

How Christopher Reeve made us believe a man could fly

Dinosauria continues with a splash from the past!