Avengers Assemble! 10 reasons to drop everything and go see Age of Ultron again

Let’s be real guys, 10 reasons to go see Avengers: Age of Ultron is overkill. You only need one… it’s the Avengers! And as one of the most highly anticipated Marvel sequels to date, I felt that Age of Ultron lived up to those expectations with heart pounding action, character development, and good old fashion fun from the superheroes we all adore. So let’s get right into it, here are 10 reasons to drop everything and go see Age of Ultron again!

I’d be hard pressed to remember an opening cinematic more badass (language!) than the one for Age of Ultron. For the first time since the events in New York, we are presented with the best chance this world has for survival. Seeing the team back together again, executing a coordinated raid on a Hydra outpost sent chills down my back, and it had nothing to do with the harsh winter backdrop of Sokovia.

Oh, behave! Ok, ok, not those kinds of twins… (Austin Powers anyone? No? Let’s continue then…)
When it comes to the MCU it’s like the old saying goes; “the more the merrier.” Seeing Quicksilver and Scarlet Witch was a treat, bringing the mutant element to the Avengers, drawing the universe closer. Plus, it’s always good to see formidable opponents battle the Avengers – and something about Hawkeye get bested at his own game of speed was just so oddly satisfying.

Need I say more?! Age of Ultron brings a heavy hitter to the plate with Ultron and I think he’s actually one of the best bad guys we’ve seen in a Marvel movie to date. Ultron has a lot of depth compared to previously introduced baddies, and you learn more about him every time he appears on screen. Throughout the film he undergoes a metamorphosis externally, but more importantly, internally. What starts as a science project right under the noses of the Avengers slowly turns into their worst nightmare.

I’m a huge nerd. The fact that I’m writing a blog about a comic movie should tell you that, but I also happen to be really interested in technology and how it applies to medical science. In Age of Ultron Dr. Helen Cho is brought in to heal Barton’s injury with a device that regenerates damaged flesh, and ultimately saves Barton’s life. Doctors have a lot of tools at their disposal today to help and save people and just thinking of something like this existing in our world is amazing.

Natruce? Brutasha? Bananov? Let’s just stick with Bruce and Natasha. This one catch anyone else completely by surprise? We go on to see the two share some common (and painful) ground, in that Bruce feels he’s a monster for being the Hulk and Natasha feels she’s a monster for being an assassin, incapable of having a family. It’s nice to see that when our superheroes aren’t beating down bad guys, that at the end of the day they are still people with issues just like us.

(I can have a 5.5 if I want, it’s my blog after all.)
Like many, I had always speculated Clint and Natasha were an item, especially after seeing her wear a necklace in Winter Soldier in the shape of an arrow. But as soon as Natasha started flirting with Bruce I knew something was afoot… and sure enough after Ultron trashes the HQ and they need to lay low somewhere we are introduced to Clint’s family! With a wife, two kids, and one on the way Clint sure has his hands full, even beyond being an Avenger. 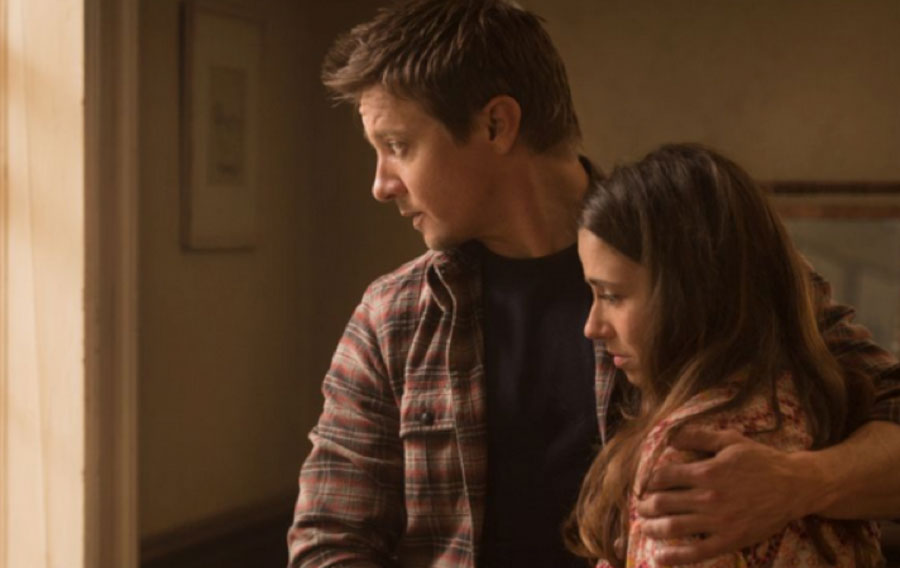 Samuel L. Jackson guys! You simply can’t have this gang of superheroes without their leader – and I don’t care about what happened before Age of Ultron, Fury will always be my director of S.H.I.E..L.D. He has always been like the ultimate father figure; he brought the Avengers together, settled arguments, and most importantly his was, is, and always will be a total badass. Bonus points for rocking the hell out of that eyepatch!

The biggest, baddest suit joins the fray when Tony goes after a rampaging Hulk. This scene was massive and seeing Tony and Hulk go blow for blow with each other was satisfying on a whole new level. I felt like a little kid on Christmas morning again, eyes wide, mouth slightly open, and trying to process everything that my eyes were seeing. There was so much destruction during the fight amongst giants, I didn’t know who to root for! I quickly made my decision when Tony, uh, politely (?) asked that the Hulk take a nap. This part of the scene just made me giddy all over. I may or may not have gone around afterwards pounding on things and telling them to sleep. You’ll never know!

When Vision first presented himself to the team they were hesitant and conflicted. Being born from Ultron’s dream body and the mind stone – who knew what would happen? But seeing Vision handle Mjolnir in one of the most powerful scenes of the movie put the team, as well as the audience, instantly at ease. (Although, I’d be lying if I said I didn’t secretly want to see him go smash everything in sight.)

Move over current members, the Avengers 2.0 are here to take over. I had mixed feelings at the end – with Bruce gone, Tony stepping aside for a bit, and Thor back in Asgard. Someone had to take over, and who better than Rhodey and Sam? After the final scene I only hope that we see them again, and soon!

10. Because this scene was as worthy of Mjolnir as Thor, or an elevator…

Before Age of Ultron, Thor had been the only Avenger able to swing the mighty hammer. The scene where they’re all relaxing back at HQ after securing Loki’s scepter reminds me of how my friends and I have sat around before, having fun and trying to show off. I think that Clint feels like he has to prove himself since he’s not a science project (sorry Bruce and Cap) nor a billionaire playboy philanthropist with a suit of armor. His attempt at picking up Mjolnir was so sad that it was funny. Not one to back down from a challenge Tony tried and failed so miserably that he resorted to teaming up with Rhodes while wearing part of their suits.
Bruce getting up to try was a bit of a waste since we saw the Hulk try to pick Mjolnir up in the last movie and fail, but I think they redeemed themselves by having Bruce scare everyone when he started getting frustrated and backed off. I really was looking for a code green there!
I didn’t think any of the Avengers stood a chance at picking Mjolnir up besides Thor, but the resident golden boy Steve Rogers nearly proved me wrong. My favorite part of the film was seeing the pure terror in Thor’s face as Steve was able to make Mjolnir wiggle and then relax again as he was unable to fully pick it up.

There you have it, my full-proof money back guarantee* reasoning as to why you should drop everything and go see Age of Ultron again. Did I happen to miss any of your favorite moments? Let us know in the comments below, and now get out there friends, and Avenge!

*Not a true guarantee

Marvel Age of Ultron The Avengers