10 DC Superheroes That Have Wielded a Lantern Power Ring

In the DC Universe, there is a source of energy unlike the others- the Emotional Spectrum that aligns with a color spectrum. Red is Rage. Orange is Avarice. Yellow is Fear. Green is Willpower. Blue is Hope. Indigo is Compassion. Violet is Love.

Through specific focus and dedication to one of the emotions, you can be chosen to wield a Power Ring. These power rings grant the wearer extraordinary abilities, depending on what color they wield. Many heroes have gone on to wield a Lantern Power Ring, from Superman to Wonder Woman to the Flash. Here are 10 of our favorites. 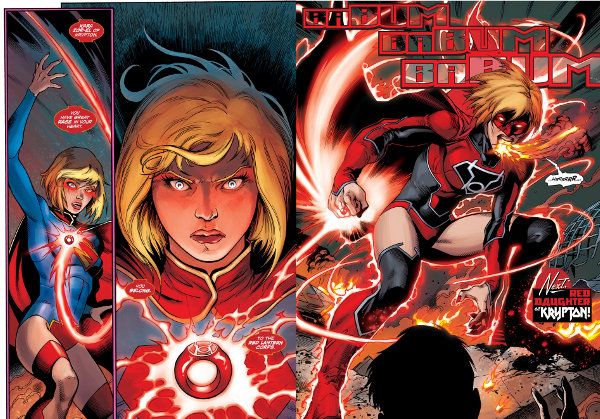 During the new 52, Kara Zor-El is the Red Daughter of Kypton, fueled by the rage of loss, isolation, and constantly being manipulated. When Lobo pushes her too far, she refuses to be pushed any further and lashes out in a display of extreme brutality.

In this moment Supergirl is overcome with an unbridled rage, and from across the universe, a Red Lantern ring finds her and calls to her. Then, her powerful bloodlust becomes unstoppable. A legion of Green Lanterns can hardly slow her down, as she has the powers of both Kryptonian and Blood Red Lantern. 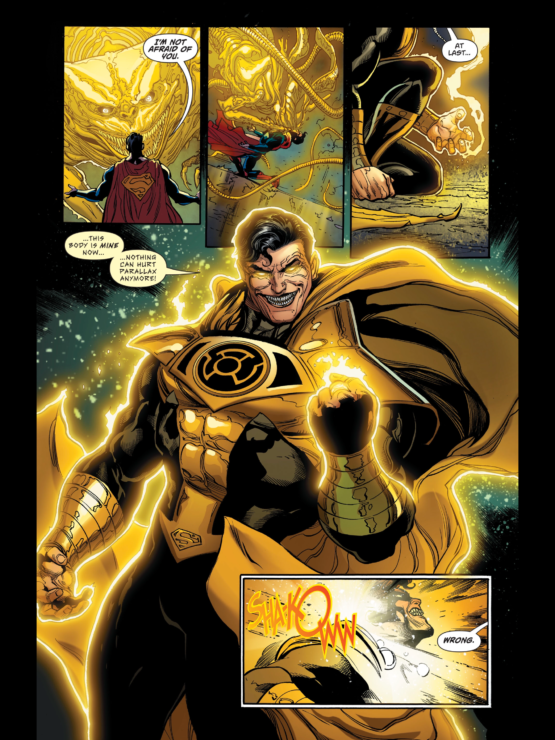 In another storyline, Superman was searching all over Metropolis after children had been kidnapped. And yes, Superman can hear every heart beat in the world and smell every scent, but somehow he couldn’t hear these children. He couldn’t find them at all. But he promised their parents he would find them. And a promise is a promise to the Man of Steel. When he finally meets the kidnappers, two children with strange magical energy, Superman is defeated with incredible ease.

This makes Superman afraid… afraid of losing the children, afraid of failing the parents, and afraid that he couldn’t keep his promise. He felt more weak then ever. And it was in that moment, with enough fear, that the very entity that powers the Yellow Lantern of Fear, Parallax, possessed Superman. Never a more fearful duo has there been since. 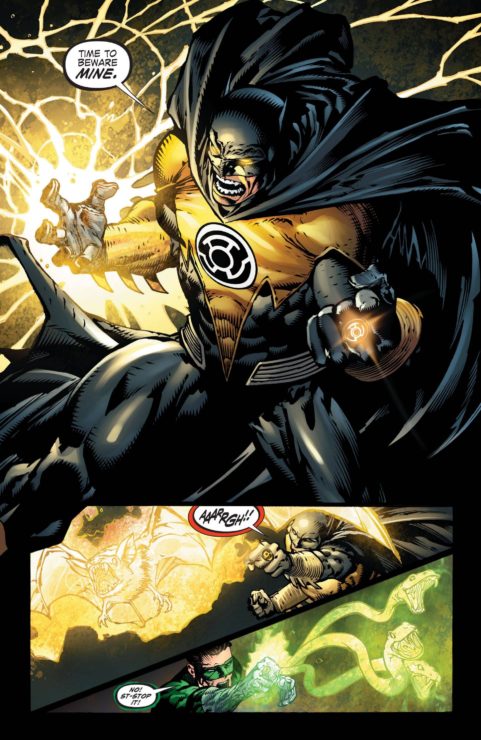 Batman always has a contingency plan. In fact, he’s prepared from the most impossible and improbable situations, because frankly, many of the situations he once thought impossible have come to pass. When another multiverse’s villainous team, called the Crime Syndicate, takes out the entirety of The Justice League, it’s up to Batman to stop each of them one by one.

One of the members of the Crime Syndicate, Power Ring, had an emotional spectrum ring as well. It turns out, Batman had saved a Yellow Lantern ring in his private arsenal, ready specifically for a time like this. And no one feels and can cause fear more than the Batman himself. 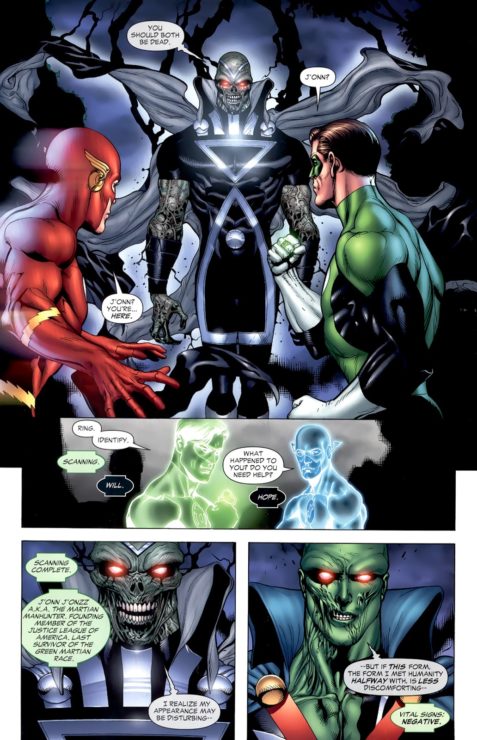 There is a long foretold event referenced in the the Green Lantern Oath. The Blackest Night was a daunting a terrible future that many chose to deny. However, what was once a fanatical religious belief revealed itself to be true. The Blackest Night saw the rise of a powerful villain who could access a new emotional spectrum power ring: The Black Lantern.

It was Black Hand, a man obsessed with death, who led to the rise of the Black Lanterns. He gained the power of necromancy, and revived all the once dead members of The Justice League. Martian Manhunter is already arguably more powerful than Superman before his resurrection. And with the undying power of a Black Lantern? He was truly a terrifying foe. 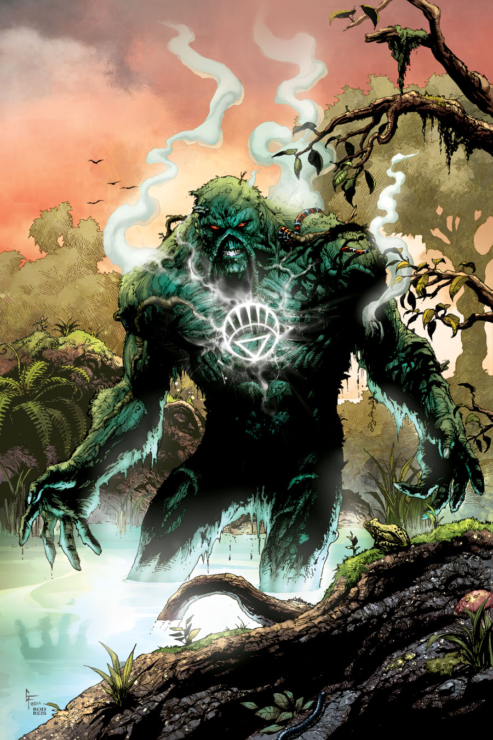 The Blackest Night was met with the equally powerful, and equally as unexpected event: The Brightest Day. The Yellow Lantern leader, Sinestro, found the opposing force to the Black Lantern. He uncovered the White Lantern. The Lantern of Life! With it, many heroes once dead, or being possessed by the Black Lantern power, were brought back to life. They were each gifted the power of a White Lantern ring temporarily.

One particular hero embodied life in a way never seen before or since. Swamp Thing, who is the Avatar of the Green, all plant life on Earth, if not the universe, tapped into the power of life unlike any Avatar before him. With his power, his every movement breathed life into his surroundings. 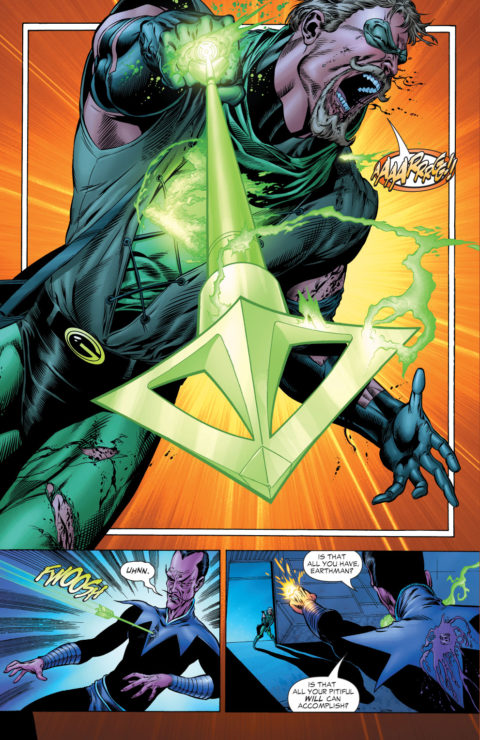 Hal Jordan’s Green Lantern has always fought against Sinestro. Even when Sinestro was considered a “good guy”, there was competition. There was jealousy. And Sinestro wanted nothing more than to destroy Hal Jordan. As soon as he got the chance, Sinestro drove Hal into madness and made sure that the whole of the Justice League hated him.

And yet, Green Arrow still chose to fight for his friend. While his constructs are not as refined as Hal’s, nor as creative as Kyle Rayner’s, nor methodical as John Stewarts, they are certainly effective. He constructs an arrow that pierces straight through Sinestro’s heart, using his perfect aim and powerful will. 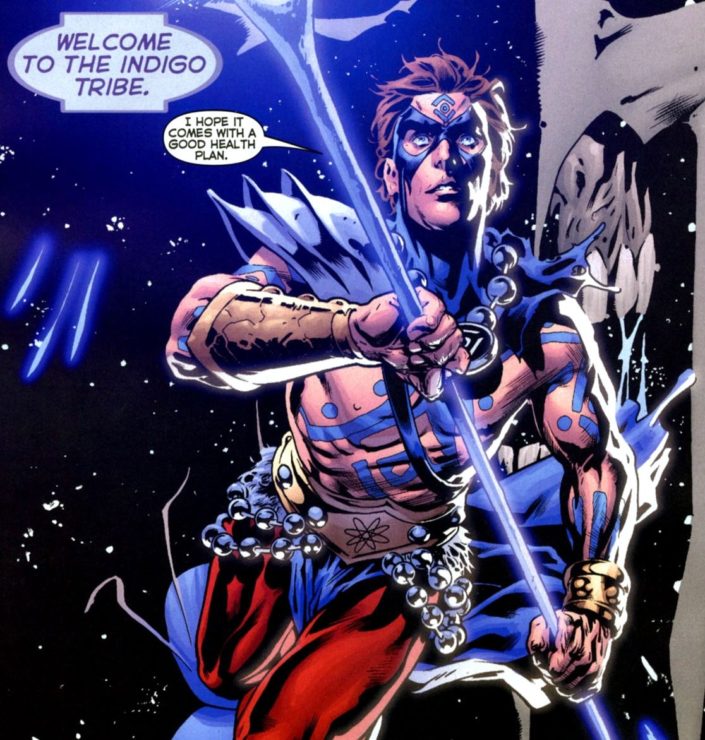 During the Blackest Night, not all of the Justice League’s heroes were taken by the Black Hand. Some of them were recruited by other Lantern Corps in order to fight against the Black Lanterns. Many of them already had a natural predisposition to one particular type of emotional power.

Atom turns out to be an incredible Indigo Lantern, able to feel and inspire compassion amongst others. With his acceptance into the Indigo Lantern tribe, he learns how to siphon the emotional energy of others, and use their powers along with his. Just as he can shrink and grow, he can shrink and grow the very emotional energy of others to fight his foes. 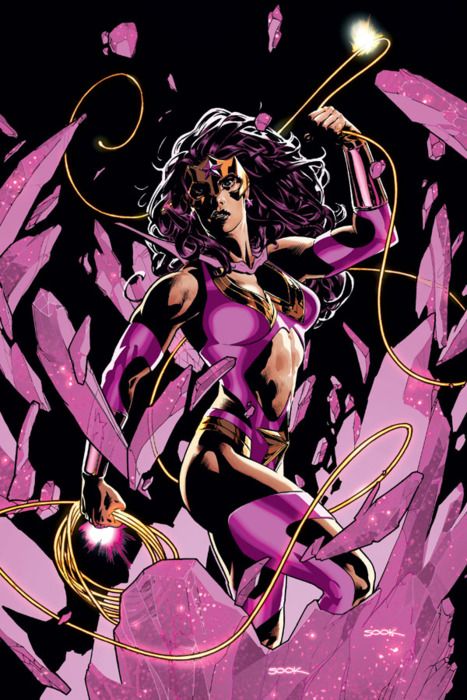 It is Wonder Woman who eventually joins the Star Sapphires. Her love for Steve Trevor, for the Justice League, and for humanity itself shines through and calls a Violet Lantern ring her way. Those with the Star Sapphire ring have a unique ability called True Love sight.

This is when a Star Sapphire exerts their energy to make their Sapphire glow bright with Violet Light. That light then shows others the very thing that their hearts desire, and the love that they crave. This is a powerful neutralizing tool, and a great way to drive others to madness. On top of her Lasso of Truth, the Star Sapphire Wonder Woman will always know exactly what you want. 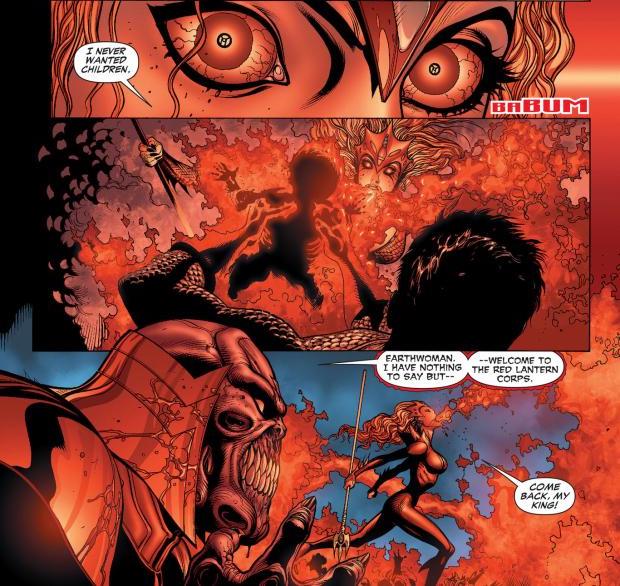 Two things forced Mera down a path of murderous rage. Two things broke her. Two loves that she lost: Arthur Curry, and Arthur Curry, Jr., her very own child. While most comic book characters come back from the dead, Arthur Curry Jr. never has.

In the Blackest Night, she is called on to wield a Red Lantern ring, and her rage consumes her. She uses Atlantean magics coupled with the Blood Lantern power, burning her way through every enemy. She decimated entire legions on her own until her beloved husband Aquaman was saved by the White Lanterns. 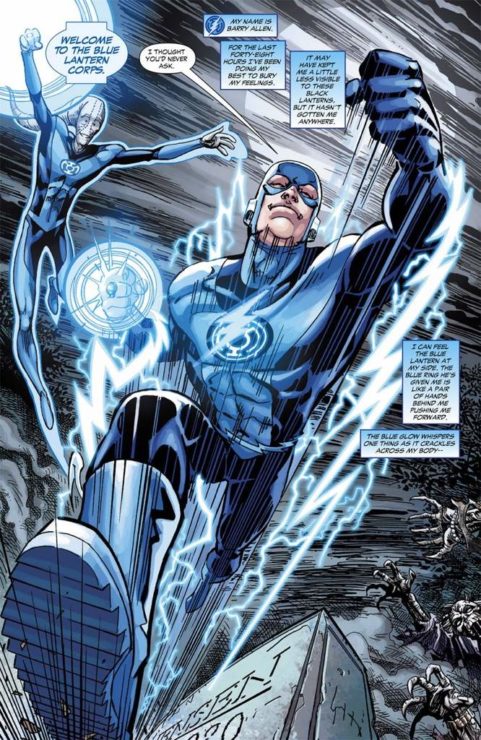 Barry Allen was unprepared for the Blackest Night. Even he couldn’t outrun the event. Nor could he outrun the Lantern Ring that chased him, and called on him to take the responsibility of being a Blue Lantern. It was his duty to be a beacon of Hope, and maintain the Hope of those heroes who were still alive.

The Flash found Hope in the Blackest Night, and fought alongside the Blue Lantern Leader, Saint Walker. Blue Lanterns have the ability to positively affect every other Lantern Power, removing Rage and Avarice and Fear, and boosting positive emotions like Willpower and Compassion. With his super speed, he could boost the entire Justice League in less than a second.

Who is your favorite Power Ring wearing DC Comics hero?

Join Us for The 12 Days of Sideshow Starting on December 25th!