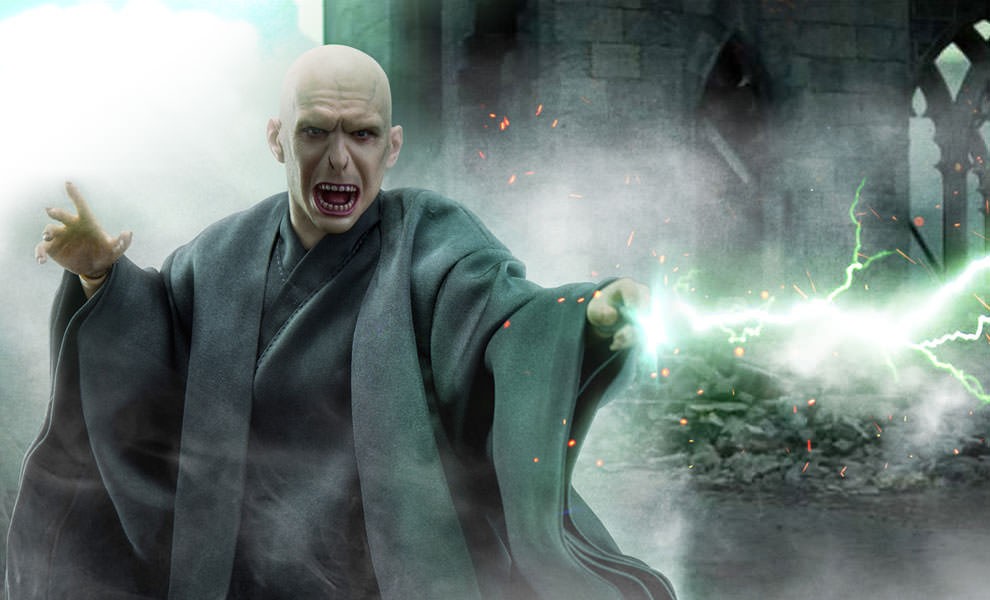 While most of us would like to think that we would take up our wands with Harry Potter against evil, Star Ace Toys has created a new sixth scale Voldemort figure that even Hufflepuffs would go bonkers for. Might as well etch the dark mark on your arm now, because we’ve got the five biggest reasons you’ll need to Accio He-Who-Must-Not-Be-Named for your collection!

With 30 points of articulation, this figure is perfect for posing in any critical wand maneuver or for giving those awkward Malfoy hugs we all know and love. Whether he’s casting the spine-tingling Cruciatus curse or bringing down the school bridge, every angle will be optimal for spell-casting. 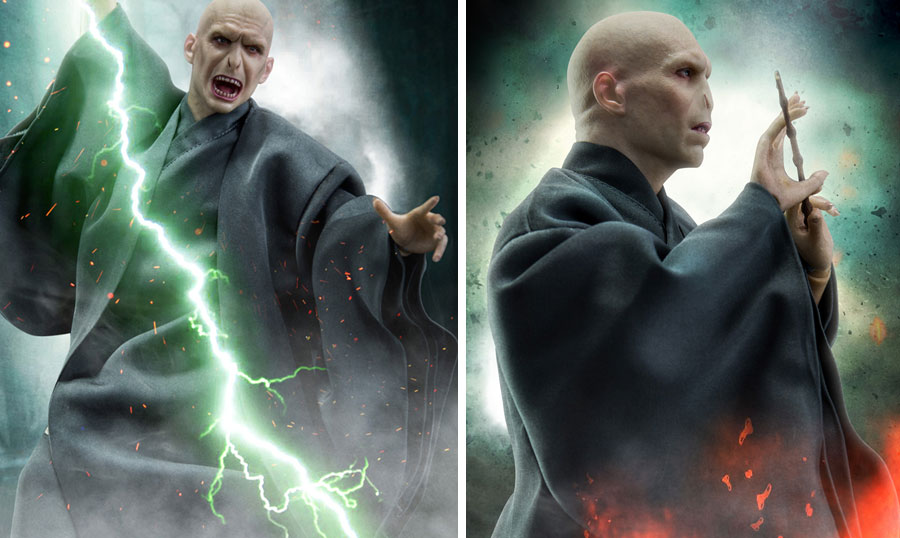 Fully transformed from his beginnings as Tom Riddle, Voldemort has every accessory possible to fulfill your darkest fantasies, ranging from the coveted Elder Wand to the chilling green bolt of the Avada Kedavra curse. 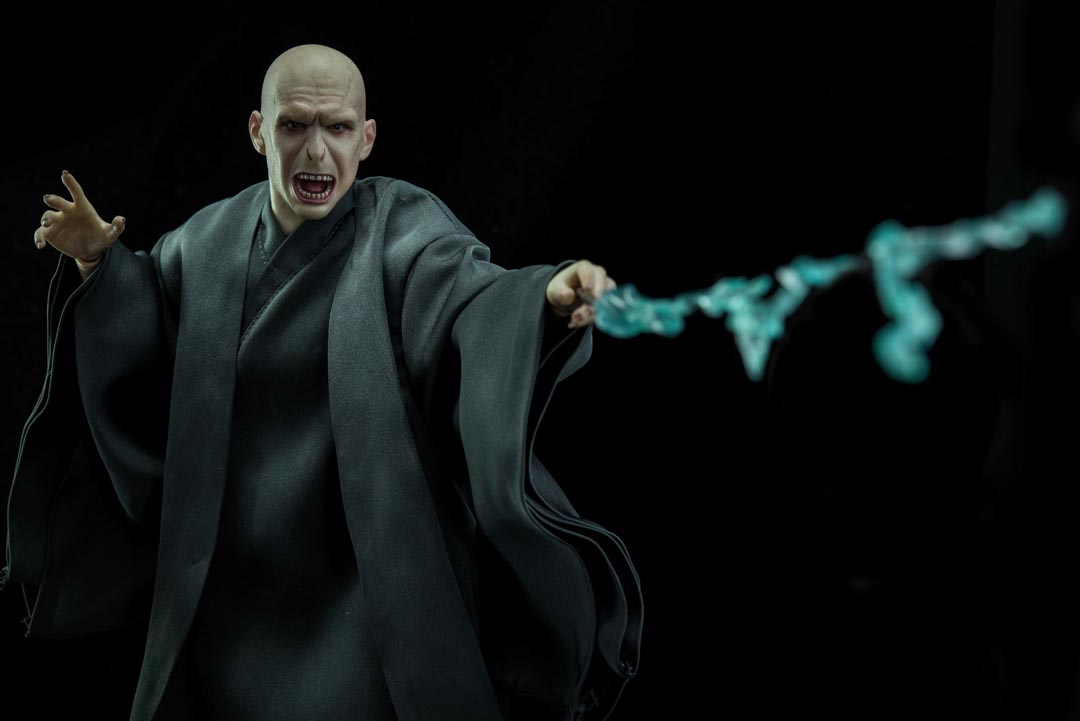 All of the dark magic that Ralph Fiennes brings to the screen in the final film, Harry Potter and the Deathly Hallows, is bottled into a perfect 12 inch likeness of him. Star Ace has done a fantastic job at getting every detail from the lines of his face and the veins in his hands. You’ll swear that the only thing keeping him from coming to life is Petrificus Totalus! 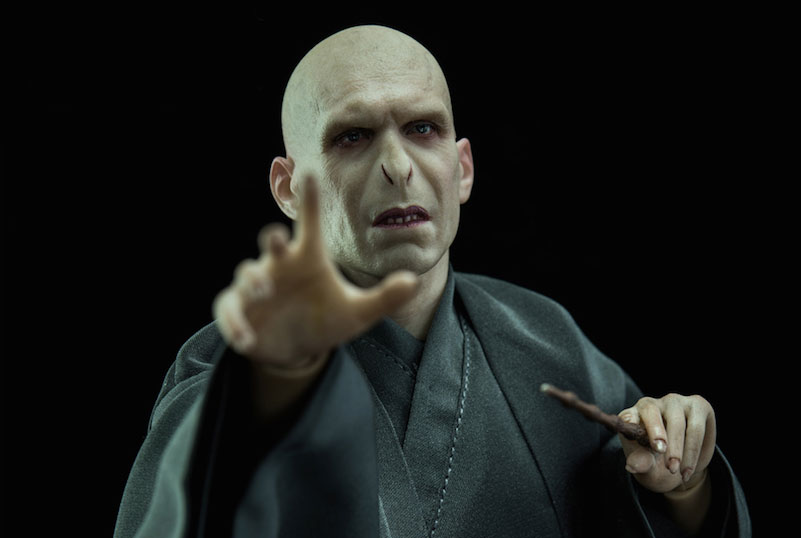 Two fantastic interchangeable portraits mean that Voldemort is ready to rally the Death Eaters and  join in the Battle of Hogwarts with a stoic scowl, or face-off with Harry wearing a menacing grin. Either way, his nose-less visage will make your skin crawl. 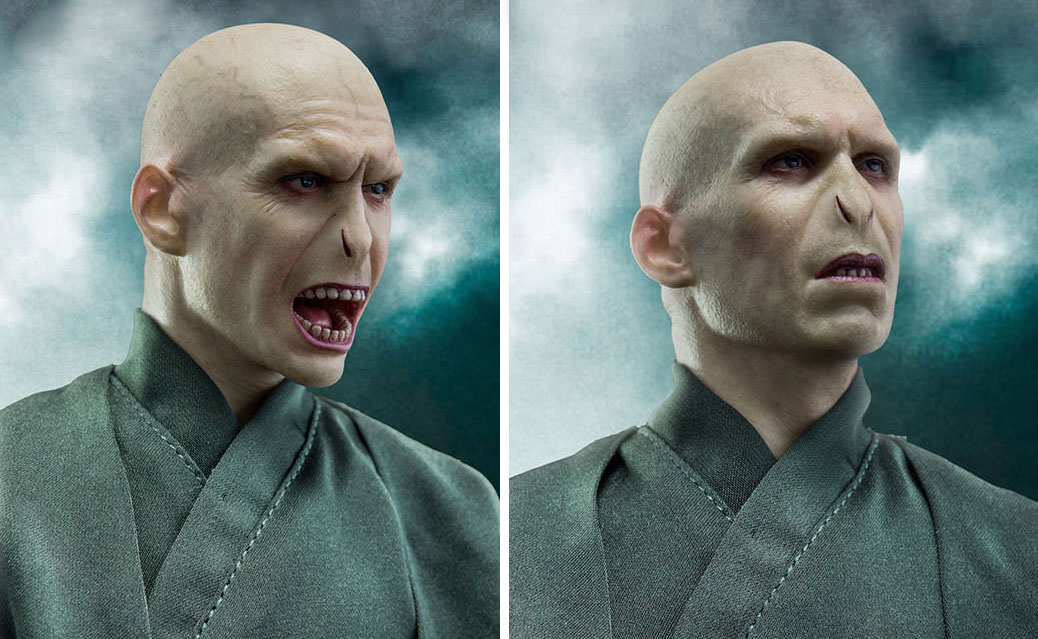 For any Harry Potter fan, Voldemort is the ultimate collector’s item. He is the absolute embodiment of evil within the series and, sitting next to your Firebolt on the shelf, he will look downright wicked. 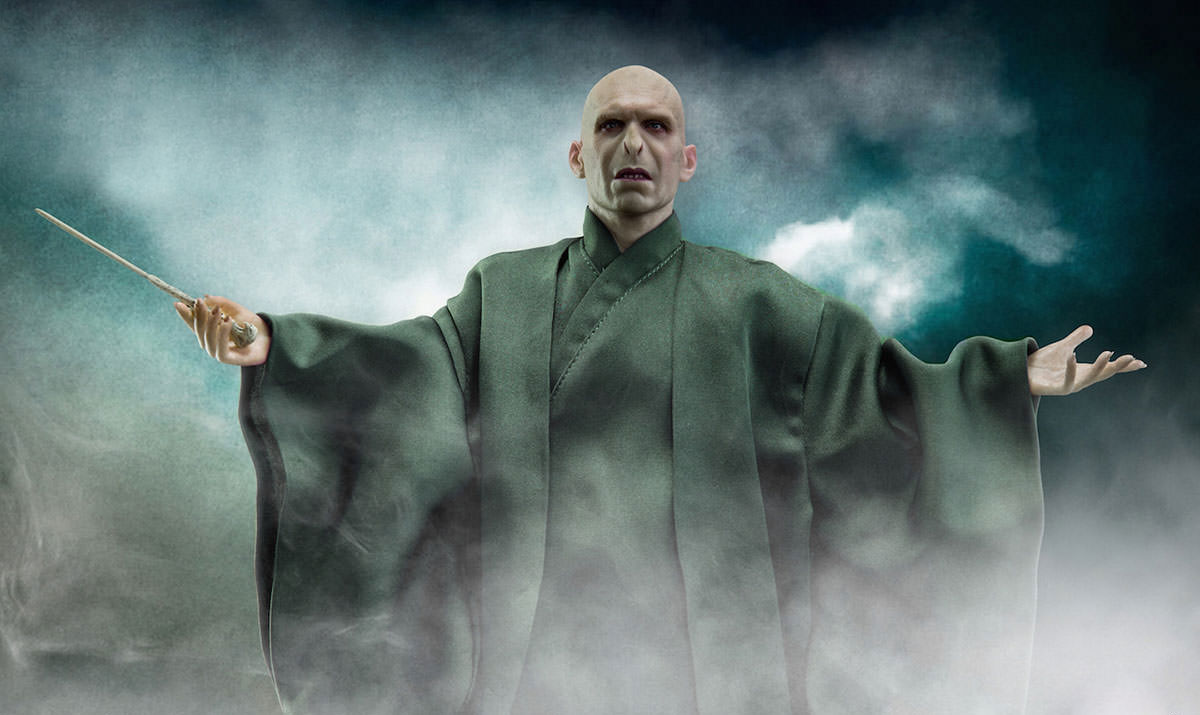 So what do you say? Still thinking of joining Dumbledore’s army or does Star Ace’s Voldemort make the bad guy inside you tingle with joy? Let us know whose side you’re on in the comments below! 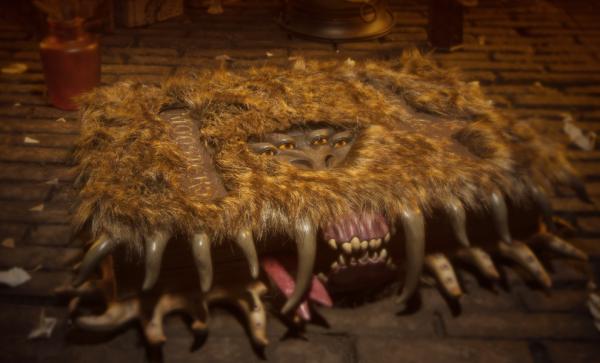 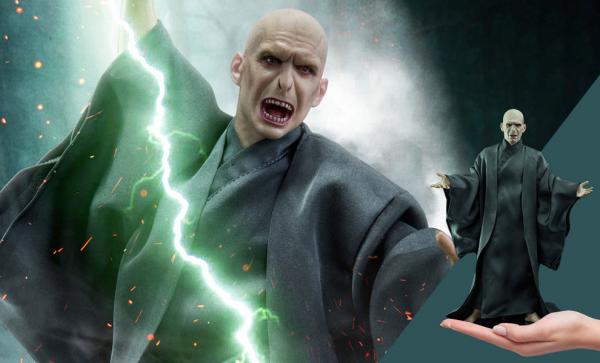 Game of Thrones Boys of House Stark, Men of the North