Spoilers ahead for Star Wars: The Force Awakens

For many, the appeal of Star Wars has always centered on interesting and compelling villains. As one of those people, the introduction of Kylo Ren was a watershed moment in my life. There are no sheds involved in this moment, but I’ve heard about eight different people use term “watershed moment” this week so we’ll go with that.

Kylo Ren aspires to be Darth Vader, who we now know is his grandfather, and yet he is not set up to be just another Darth Vader. If anything, so far he appears to be Darth Vader’s inverse, or perhaps Luke Skywalker’s evil mirror. He is the empty space between Sith particles, the dark matter to the perceivable, known universe. Although the conclusion of The Force Awakens leaves him in a beaten and rather sorry state, there are several reasons beyond his cool lightsaber that Kylo Ren will be a force to be reckoned with, and a joy to watch as his story unfolds. 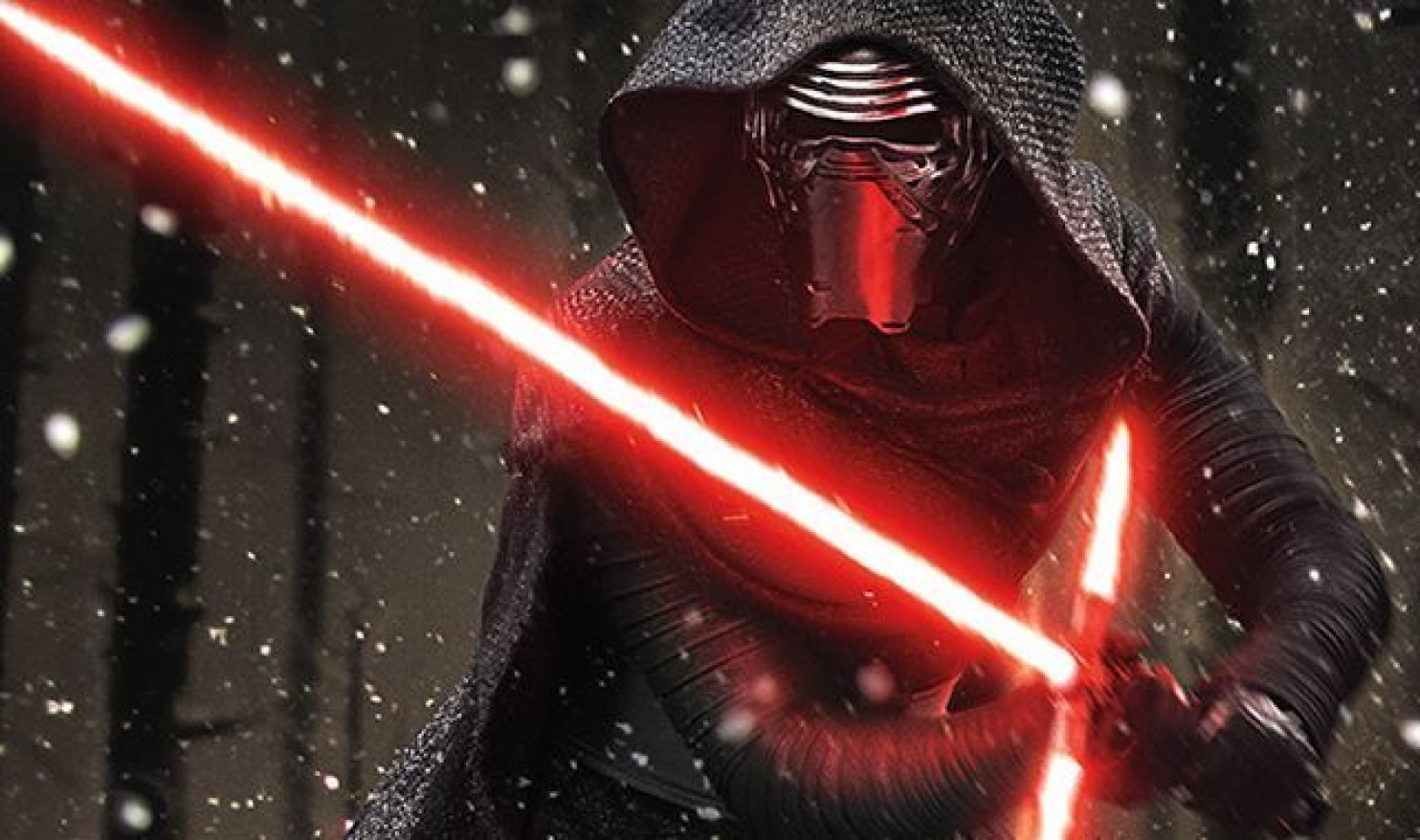 All of the Force Awakens teasers and trailers led us to believe that Kylo Ren would be the new badass of that far, far away galaxy. Sure enough, he begins the movie as exactly that, quickly performing a jaw dropping Force feat we’ve never seen on screen before, as he holds a blaster shot from Poe Dameron in mid-air. But as the movie progresses, signs of his inexperience came as a shock to many. Whereas Darth Vader left a trail of generals with crushed windpipes in his wake, Ren’s status and ability to invoke fear is undermined when General Hux openly questions and taunts him with no fear of reprisal. Most egregiously for the young dark Jedi, Ren loses a lightsaber duel to a fledgling Rey. This all may seem to detract from Ren as a palpably monstrous villain, but in fact it sets the stage for his transformation. It is clear we will get to see a Dark Lord emerge throughout this new trilogy. Just as Luke Skywalker began a humble boy with a mysterious past and carved his way towards becoming a hero, so too should we see Kylo follow a similar path on his road to pure evil. 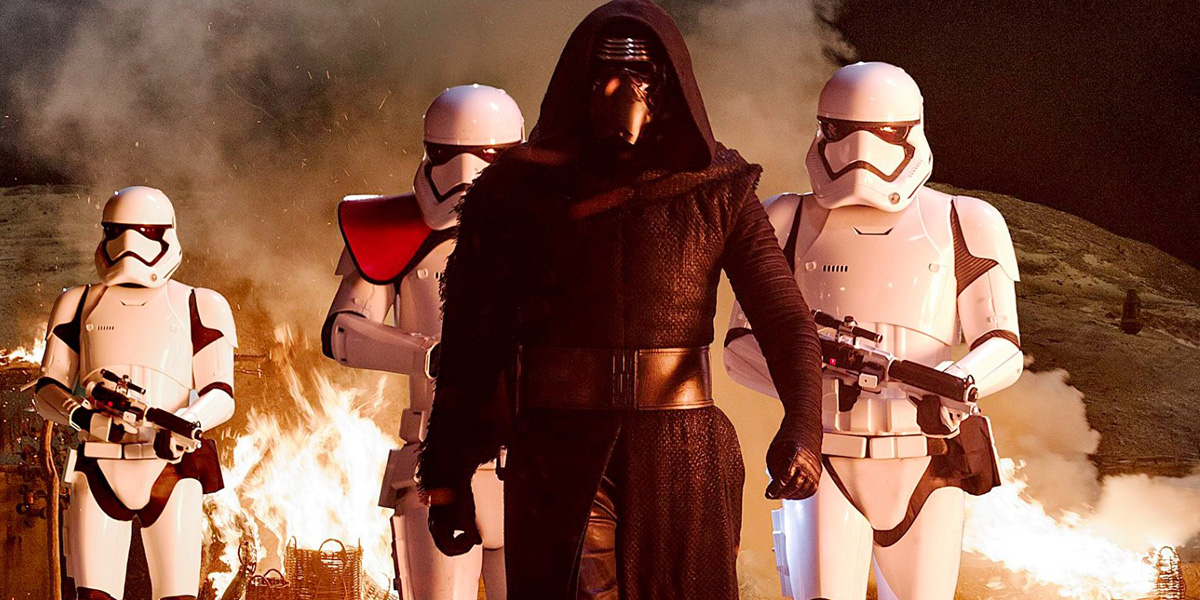 The part of Kylo Ren’s backstory that involves betraying Luke Skywalker begs so many questions. How did this seemingly fragile boy brutally murder the other Padawans Luke had been training, and then send the same Jedi who bested Darth Vader into a life of hiding? Did he use guile, conniving behind Luke Skywalker’s back? Luke always insisted on seeing the light in his father, and was rewarded for his faith when Vader saved his son from certain death. If Luke was right about Vader still possessing light, how fearsome must Kylo Ren truly be for Luke to have been wrong about exercising the same faith in his nephew? I think we’ll find that the mystery behind who Kylo Ren truly is, and the depth of his power will illuminate who Luke has become.

He refuses the light he sees in himself

As Leia conveys in her final words to Han, she believes there is light left in their lost son. Ren tells us as much himself, worried that his Master will scorn him for his predilection towards the light. We get to watch an entirely new dynamic as Ren struggles to move away from the light, rather than resist temptation from the dark as we saw Anakin and Luke fail and succeed at, respectively. This is where a stark parallel can be drawn between Ben Solo and Anakin Skywalker. Whereas Anakin was thrust into the Dark Side wholeheartedly and without even realizing it was happening, Ren made a very conscious choice to walk away from the light. This gives Kylo Ren untold potential for destruction and leadership. 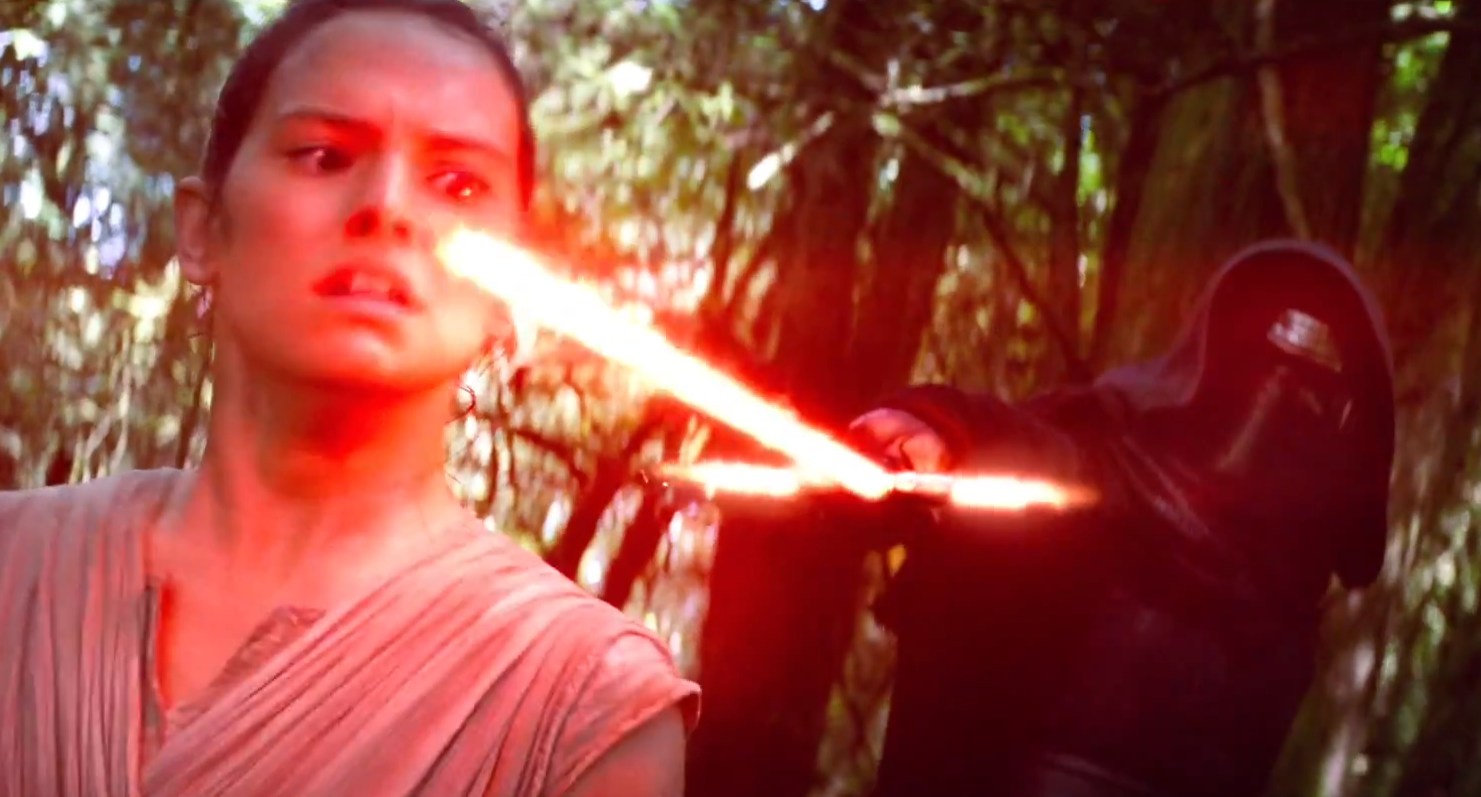 He is a torrent of emotion

After Anakin Skywalker honed his abilities he became an emotional wreck. It fueled his hatred and allowed him the power to put his skills to dark purpose. Kylo seems to have started off as a psychological disaster, but has yet to master his training. The power of the Dark Side is about harnessing anger, so this gives Kylo potential on level with Darth Sidious. While Ren may not yet be as imposing a figure as Vader was when we first met him – cold, ruthless and powerful – once Ren’s transformation is complete, the end result will have much more impact knowing what struggles he went through to arrive at his destination. In the beginning of Episode VI it was incredible to see Luke as a master Jedi because we had last left him defeated both physically and emotionally by Darth Vader. I expect the same level of awe to be inflicted by Kylo Ren when we eventually see him continue the tarnished legacy of his grandfather, and become what he upholds most in this life. 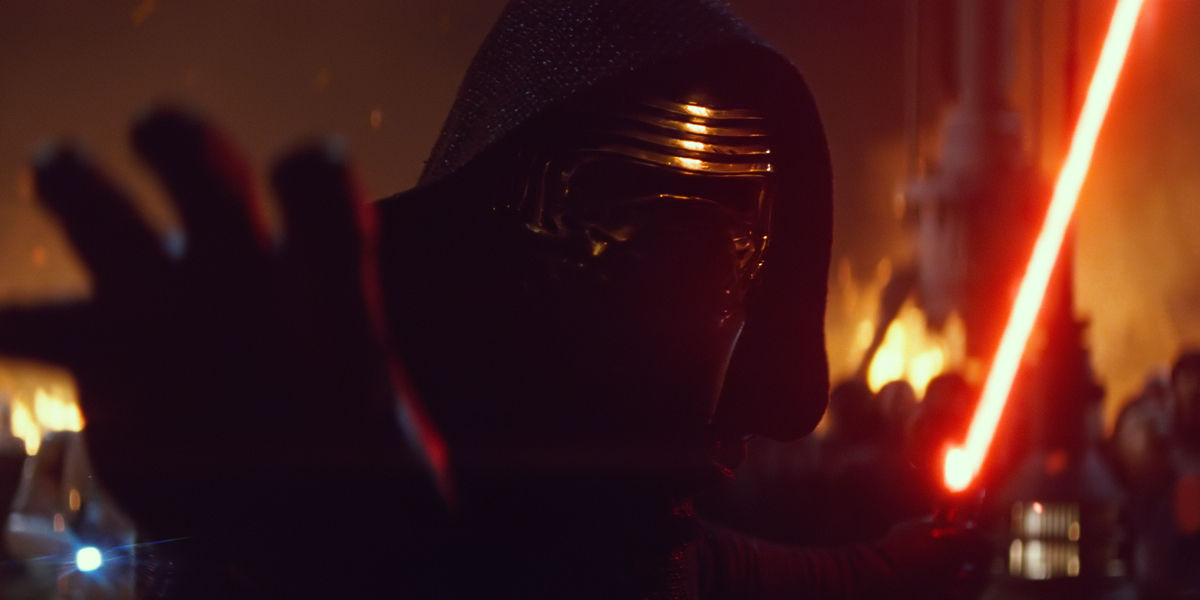 He killed his own father

Whether you saw it coming or not, patricide is no small feat. It set Oedipus on the road to ruin and for Kylo Ren, it was the end of one chapter and beginning of another. With Han Solo’s death, Ren was the subject of the biggest character turn in the film. It was the inciting incident of a brand new trilogy. The smuggler’s last breath gave Rey the push to confront Ren in a lightsaber duel and establish herself as a hero, but more importantly it completed Ren’s choice to commit to the Dark Side. Ren is on a mission to prove himself worthy of the Dark Side’s power, his commitment radicalized, in much the same way Luke once openly committed to the Light Side. Both began their Jedi training with a myth to follow. Luke with his father as the great Jedi struck down by evil, and now Ren with a grandfather who had the galaxy at his fingertips until a meddling son stole it all away.

Of course, we do not know what lies ahead for Adam Driver’s Kylo Ren. Perhaps he will hunt down Luke Skywalker and assume the mantle of “Darth.” Perhaps Rey will finish what she started and kill Ren. Perhaps he will ultimately return to the light, as his grandfather once did. However with all that we now know of Ren, his parallels and stark contrasts to Anakin and Luke Skywalker, he possesses the best and the worst of what made both such formidable Force users. I predict that when all is said and done, that galaxy far, far away will come to fear the name of Ren more than it has any other.

Be sure to check out all of our Star Wars figures and collectible products! 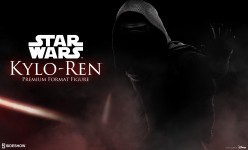