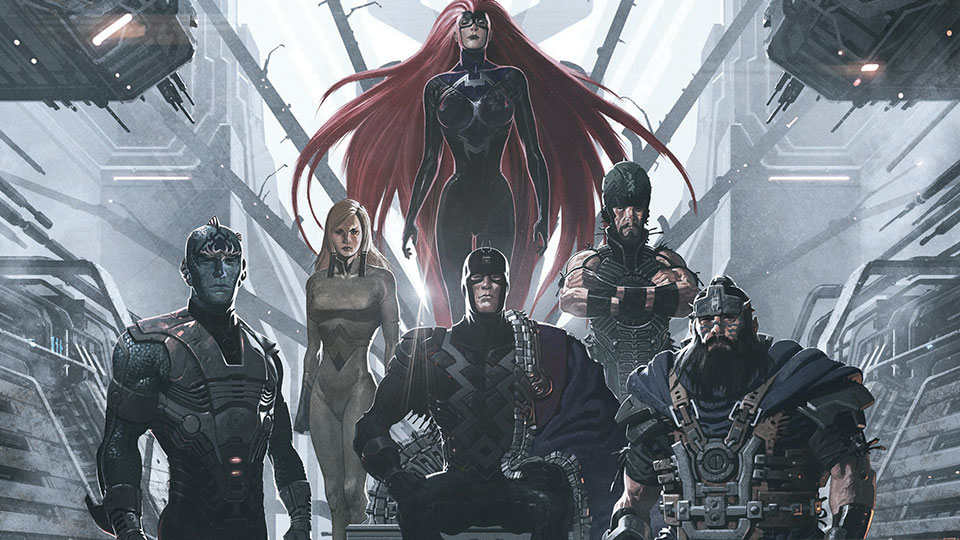 Earlier this week, news broke announcing Iwan Rhoen (Game Of Thrones‘ dastardly Ramsey Bolton)  would be playing Maximus the Mad. Also announced; Black Bolt, King of the Inhumans, will be played by Hell on Wheels‘ Anson Mount, royal philosopher Karnak will be Ken Leung from Lost, and Graceland‘s Serinda Swan will be playing Medusa, Queen of the Inhumans.

The rest of the cast was announced earlier today. Eme Ikwuakor will be Gorgon, Mike Moh joins as Triton, Isabelle Cornish will be playing Crystal, and Auran will be played by Sonya Balmores. Actress Ellen Woglom has also been cast, but her character remains a mystery at this time. According to Marvel, “Woglom’s undisclosed character is smart, intense, and focused—so focused that oftentimes, social skills take a back seat. Her job at a private aerospace company is her life, second only to her passion for all things space and lunar.”. Let the speculation begin.

The best bit of casting, however, has to be the announcement that the 2000lb. Lockjaw will be part of the cast. No word yet on if they’ve found an actual 2000lb dog, but we suspect there might be some CGI involved.

Iron Fist showrunner Scott Buck is looking forward to taking on Inhumans.  “With Eme, Isabelle, Mike, Sonya and Ellen portraying the rest of our leading roles, we have a strong cast that is going to add tremendous depth to our Royal Family.” Executive Producer Jeph Loeb will also be working on Inhumans as he continues to watch over the Marvel television universe overall.

You can read the full press release on Marvel.com. Photo courtesy of Marvel.com.

Thanks Ryan Reynolds for the Deadpool 2 Teaser - No Good Deed Indeed.