Saturday Night Live kicked off 2016 right, hosted by non other than Star Wars: The Force Awakens star, Adam Driver. In one of our favorite sketches, Driver reprises his role as Kylo Ren, going undercover as a radar technician named Matt in Starkiller Base, where he learns the ways of the workforce, along with some important life lessons.

UPDATE: For the win, SNL just released a bonus reel with more outtakes and behind the scenes footage! Check it out below:

We were also surprised and delighted to find our friend Tom Spina of Tom Spina Designs was there to help Adam Driver into the original production used costume from the movie for the skit. Here are a couple of cool behind the scenes shots of them together on set: 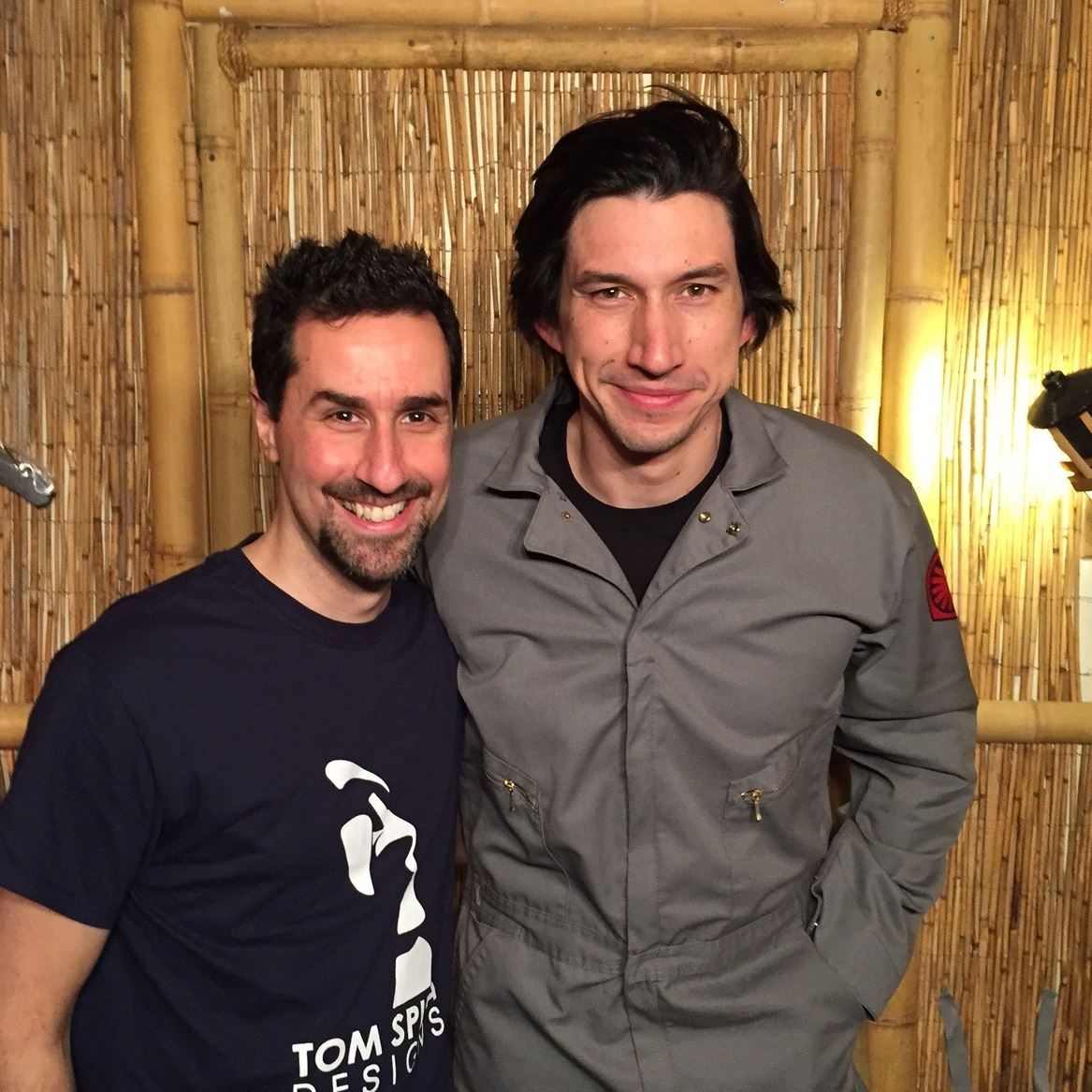 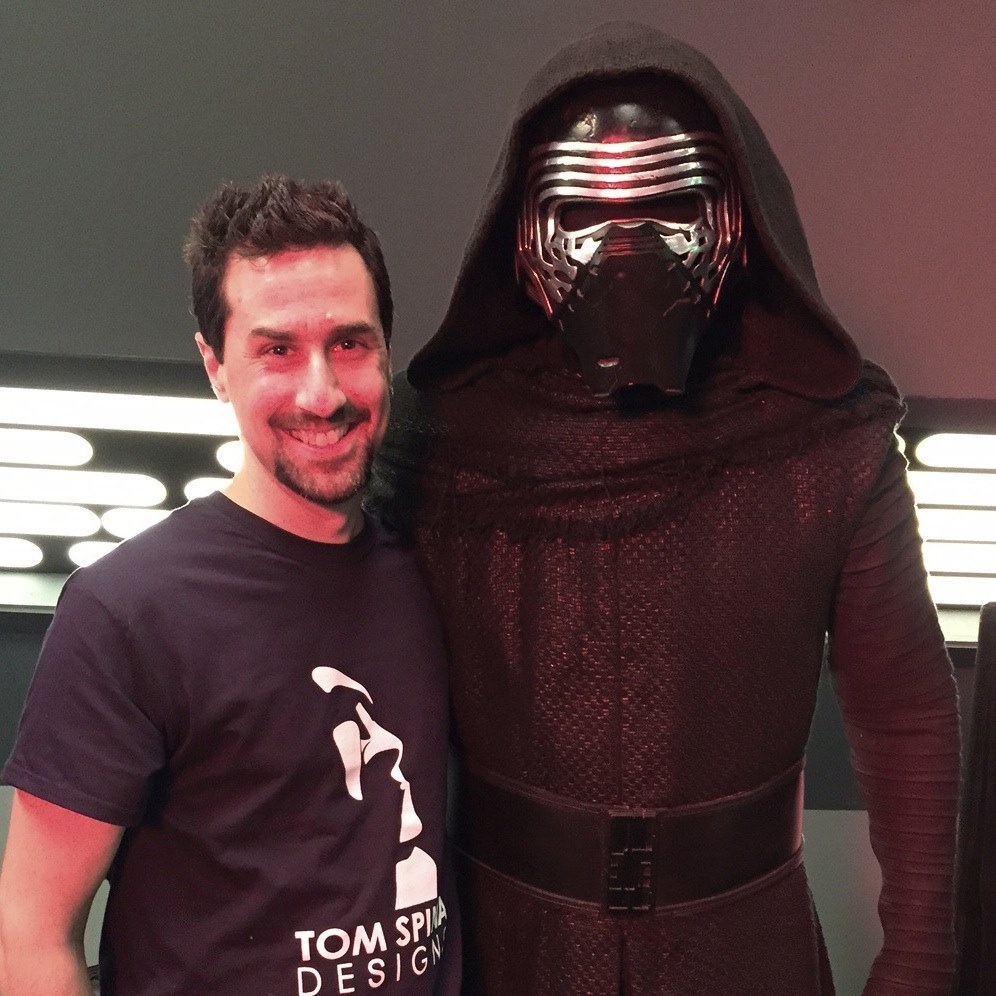