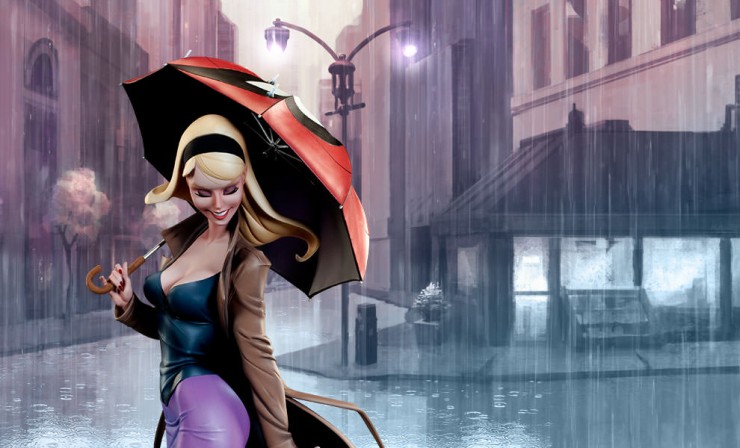 Russ Sheath here, and I’m going to offer you a look at two of my favourite things: a great collectible from Sideshow and the work of a fantastic comic book artist. Gwen Stacy: the first true love of Peter Parker who would ultimately meet a tragic end before her time. For Peter Parker, Gwen was a statuesque, golden-haired breeze of fresh air amid the trials of high school life, and this icon of Spidey mythology is also the subject of the first statue in a line of comiquettes based on the comic book art of J. Scott Campbell from Sideshow Collectibles.

Campbell himself needs little introduction. A comic book artist discovered during the heyday of Jim Lee’s WildStorm imprint of Image comics, J. Scott Campbell found fame with his clean, animated stylings and good girl art that made books such as GEN 13 and DANGER GIRL huge successes in the 90s. Now a go-to cover artist for the likes of Marvel and with his own line of Fairy Tale Fantasies calendars and prints which send fans into a frenzy each year at conventions, Campbell has achieved the status of having become a fan favourite Spidey artist without having ever pencilled an actual panel of a Spider-Man story. Of course, that’s not entirely true–Campbell aficionados know that together with scribe and Marvel TV head honcho Jeph Loeb, Campbell had begun work on a Spidey series that was originally due for release back in 2007, around the time of the third Sam Rami movie.

Sadly retired to comic book limbo, those pages represent an unseen spectacle where a rare few Campbell insiders speak in hushed whispers at the wonder of seeing a classic Spidey tale in the making. Fortunately for Spidey and Campbell fans alike, Campbell’s vision for everyone’s favourite wall-crawler isn’t entirely lost as the artist offers his vision of the web-slinger to numerous prints and covers as well as the Campbell Collection of comiquettes from Sideshow. Based on original designs by Campbell himself, Gwen Stacy is the first in a line that currently includes Gwen, Mary-Jane Watson, Spider-Man and which also teases a forthcoming Black Cat statue. 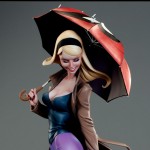 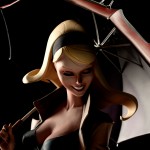 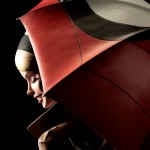 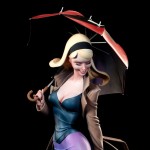 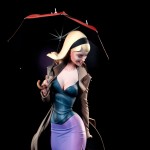 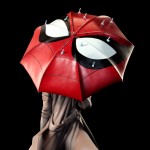 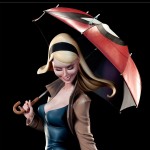 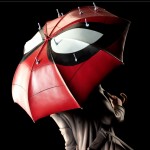 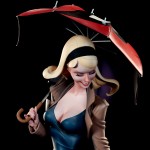 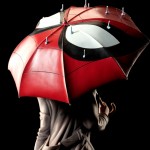 Let’s talk about the statue itself…

In true Sideshow fashion, Campbell’s original design and art adorns the packaging. What I find most interesting here is the subdued pastel effect that Campbell has chosen to colour the design for this piece – a subtle palette which lends itself quite beautifully to the atmosphere of the piece and a departure from the ‘real world’ explosion of colour that often adorns Campbell’s cover work. Of all the comic book artists who have seen their art style transformed into toy or statue form, I’d argue that translations based on Campbell’s work (see the McFarlane Danger Girl figures, for example) are amongst the most successful in capturing an artist’s style in three dimensions.

Sideshow continue that trend with the Gwen Stacy comiquette–a quite literal translation of Campbell’s design which fully captures every aspect of the original design, from the shading and aforementioned pastel of the colours to the effect of raindrops on the statue’s base and umbrella. Standing at around 15″, the figure is much taller than I was expecting. In fact, the overall scale of the piece is much larger than I was anticipating, which is a pleasant surprise. In the past I have occasionally felt burnt by statues arriving in huge packaging but which contained statues which failed to live up to the scale of the packaging or the hype surrounding them; this certainly wasn’t the case here.

One of my favourite aspects of this series of comiquettes is that Campbell has depicted a snapshot of the character in his design. Rather than a generic cheesecake pose, Campbell offers us a depiction of Gwen in a moment breezing through the rain, happy and symbolically protected from the impending storm, literally and metaphorically, by Spidey in the form of her umbrella. Even the base keeps us in the scene with raindrops and splash effects rippling in puddles, a subtle touch that illustrates the thought and detail that went into the design and production of the piece and is a hallmark of Sideshow statues.

I really have no criticisms of this piece, as it ticks all the boxes you want from a piece of this nature. In short, the comiquette captures Campbell’s style perfectly and looks fantastic on display. What more could you ask for? I’ve always said that J. Scott Campbell’s work always had a singular trademark. Whether his inaugural offering GEN 13, his smash hit DANGER GIRL or the high-tech adventures of WILDSIDERZ, Campbell’s work has always represented the fun and lightheartedness found in comics and takes you back to why you enjoyed the medium in the first place.

That sense of fun and lightheartedness extends to Campbell’s work in statue form, and I can’t think of a more worthy start to your Comiquette collection. Whether a Campbell fan, Spidey fan or simply a fan of fantastic statues to adorn your living space, I have no doubt that Gwen Stacy will take a starring place in your collection.

via Ain’t it Cool News