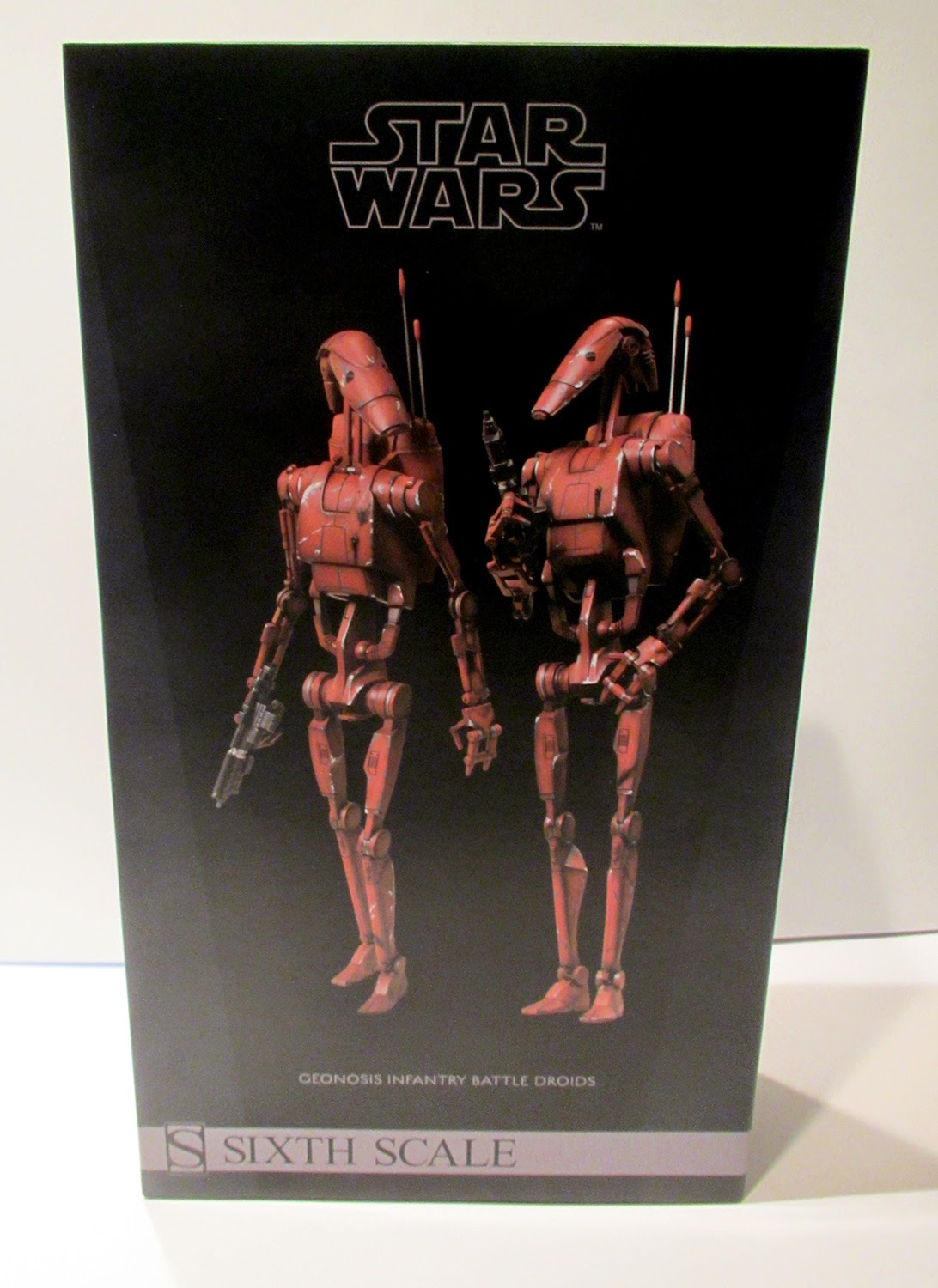 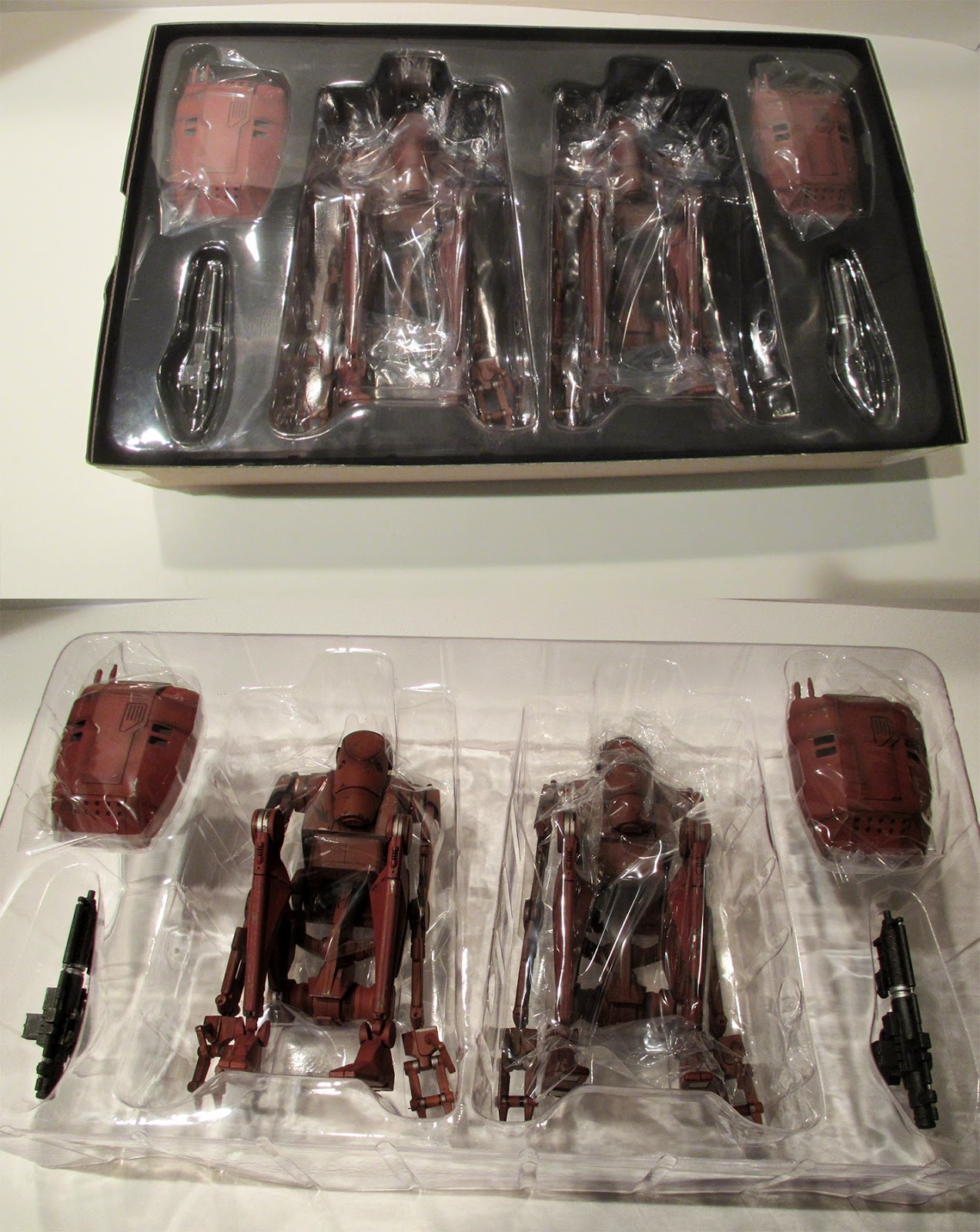 I’ve never had such a fantastic time posing sixth scale figures before. The design of battle droids means the characters are made to be action figures and collectibles. Practically everything moves. The neck extends and can be pushed down. The head can be moved up and down and side to side. Every joint of the arms and hands move. The elbows stuck a little at first but moved smoothly after I flexed them a few times. The droids’ “fingers” are flexible and that makes it easy for them to grip their guns. The hips, knees, and feet can be positioned at different angles with ease.
All of those articulation points made it a blast to pose these droids in every which way. The flexibility gives them a ton of personality since their stances informs the way you interpret their emotions. I couldn’t stop switching it up:

8. I call this the sassy battle droid pose. 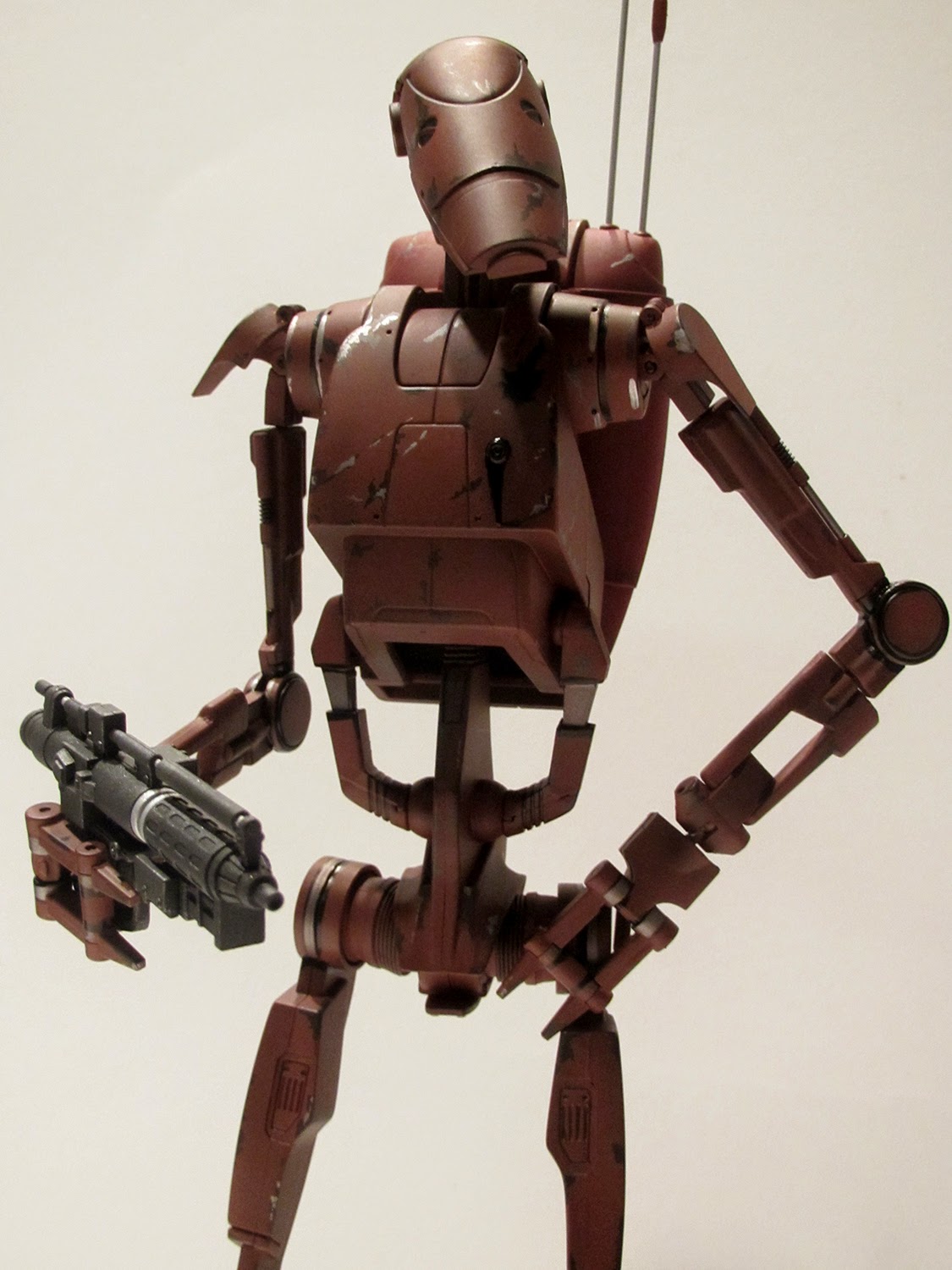 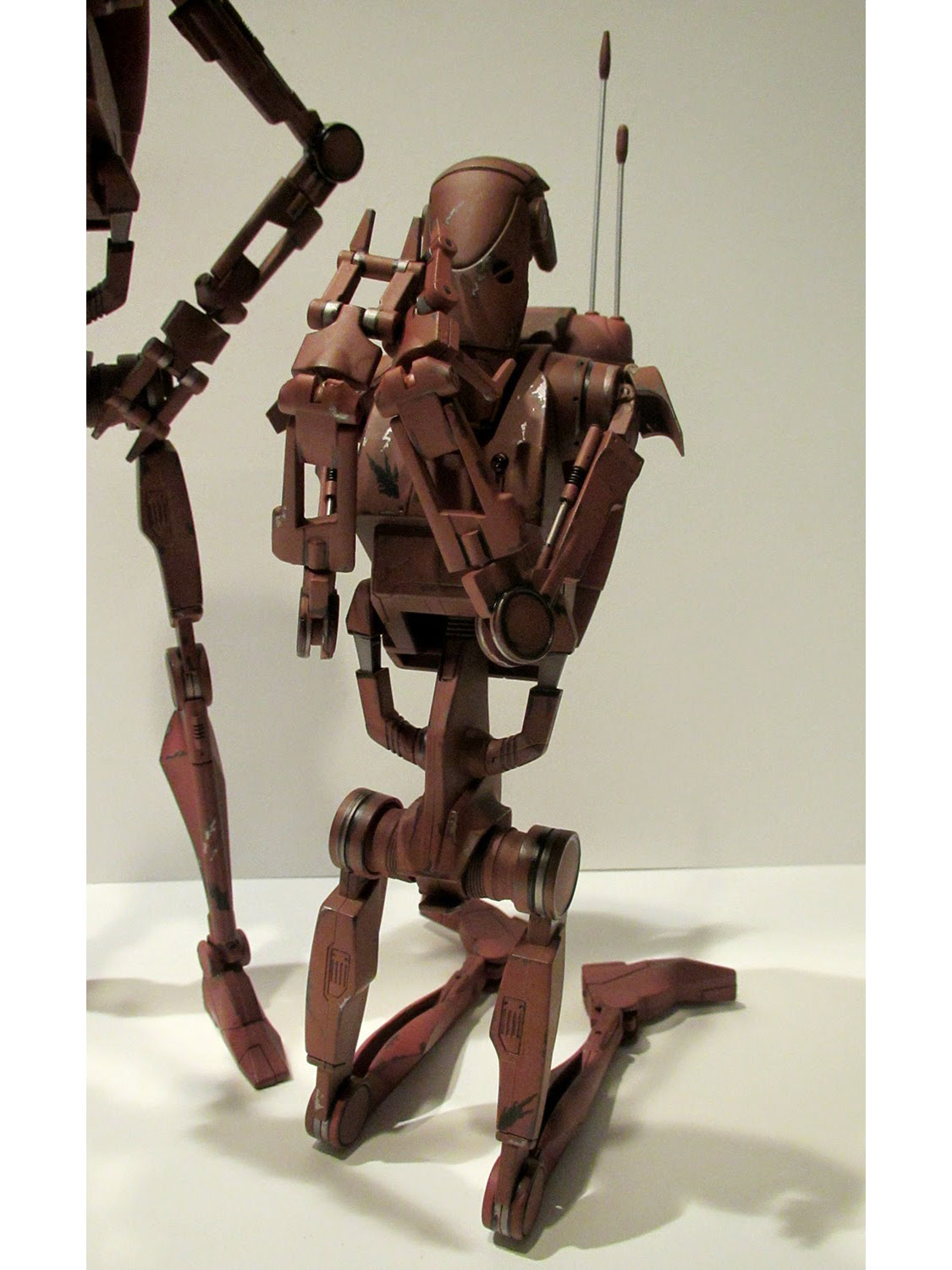 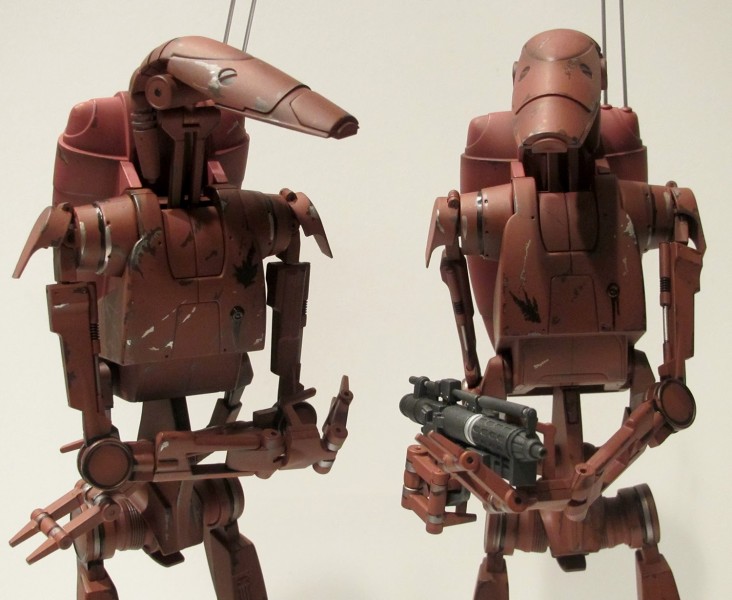 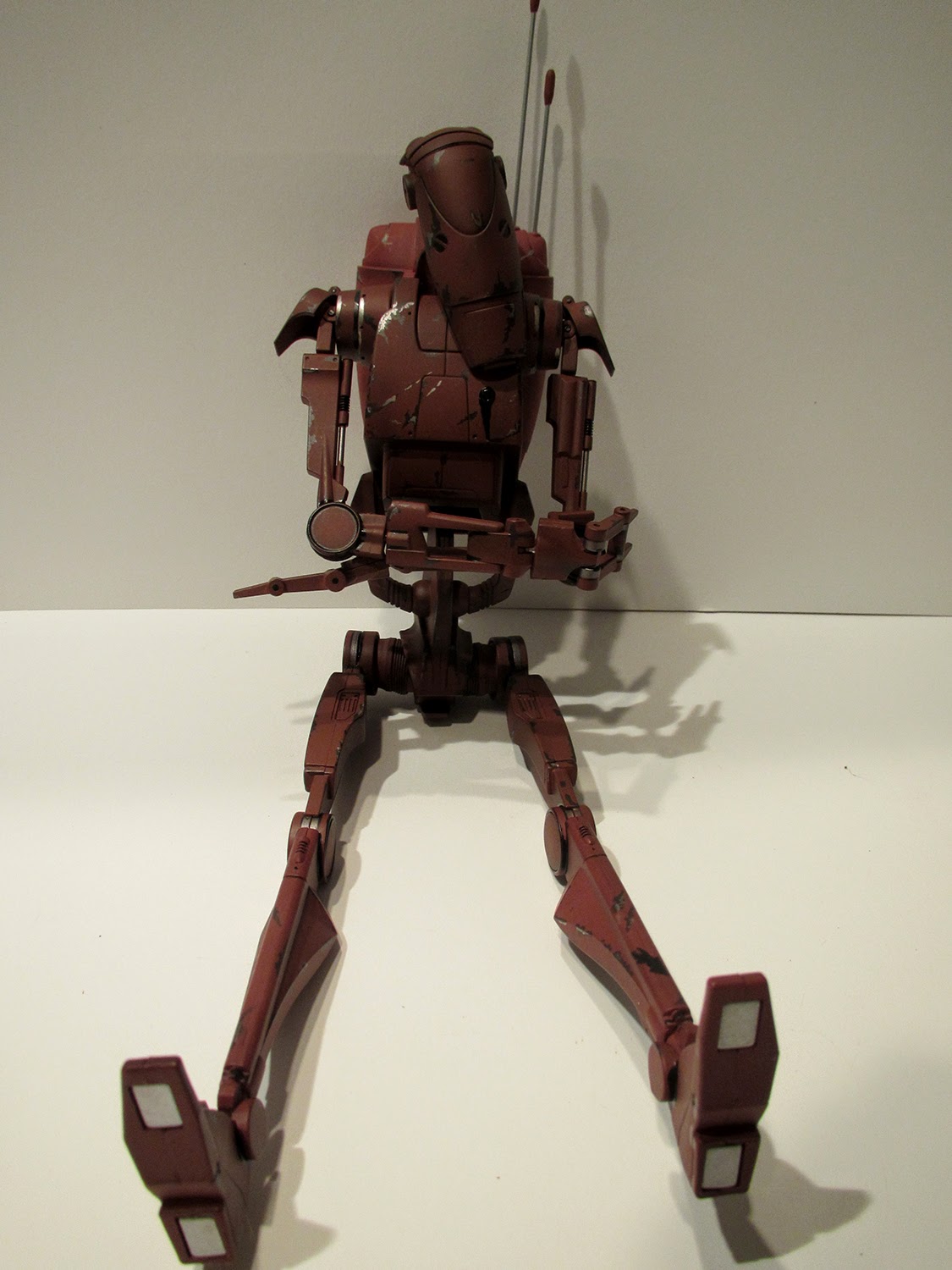 4. The dancing on duty pose. 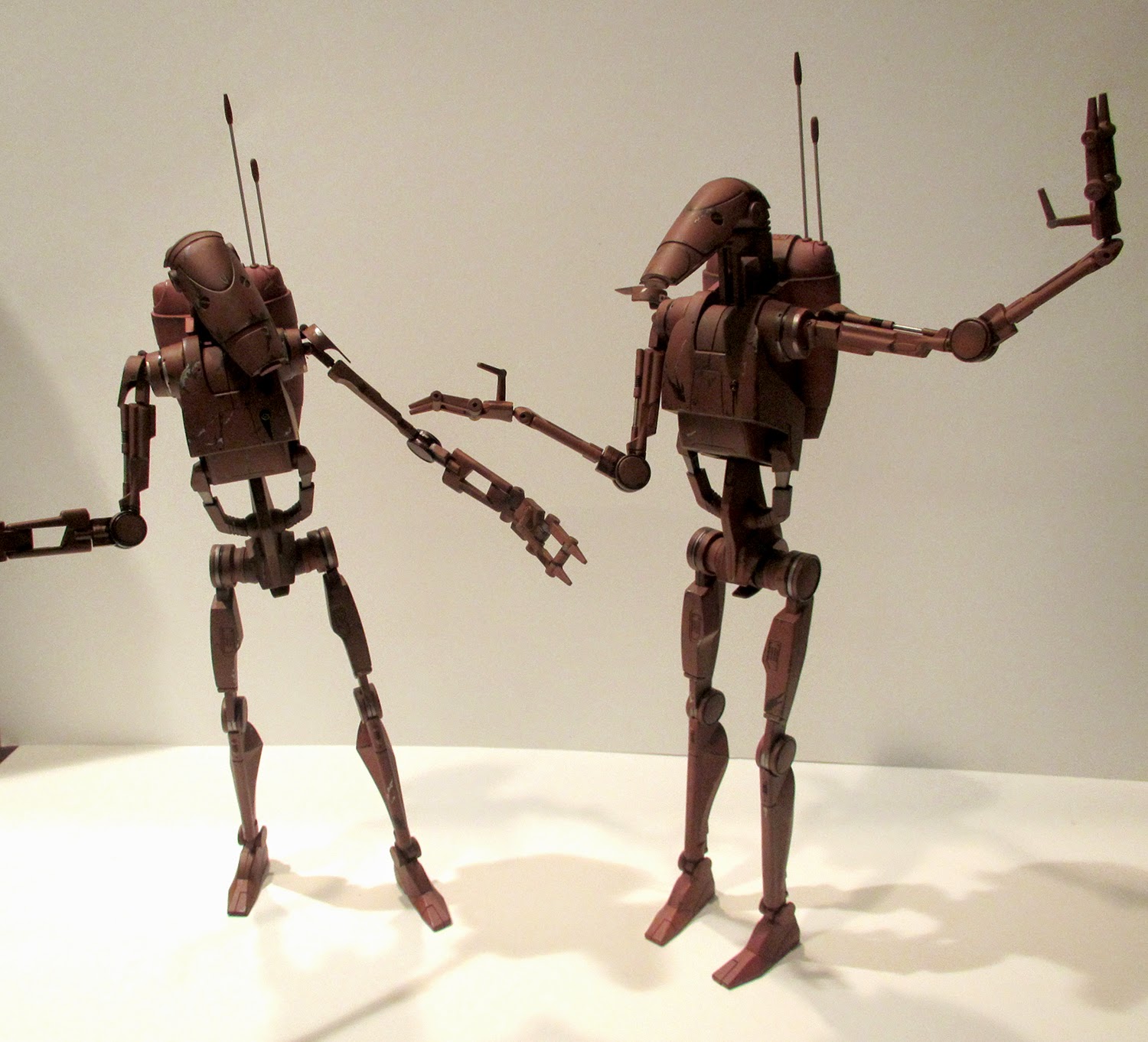 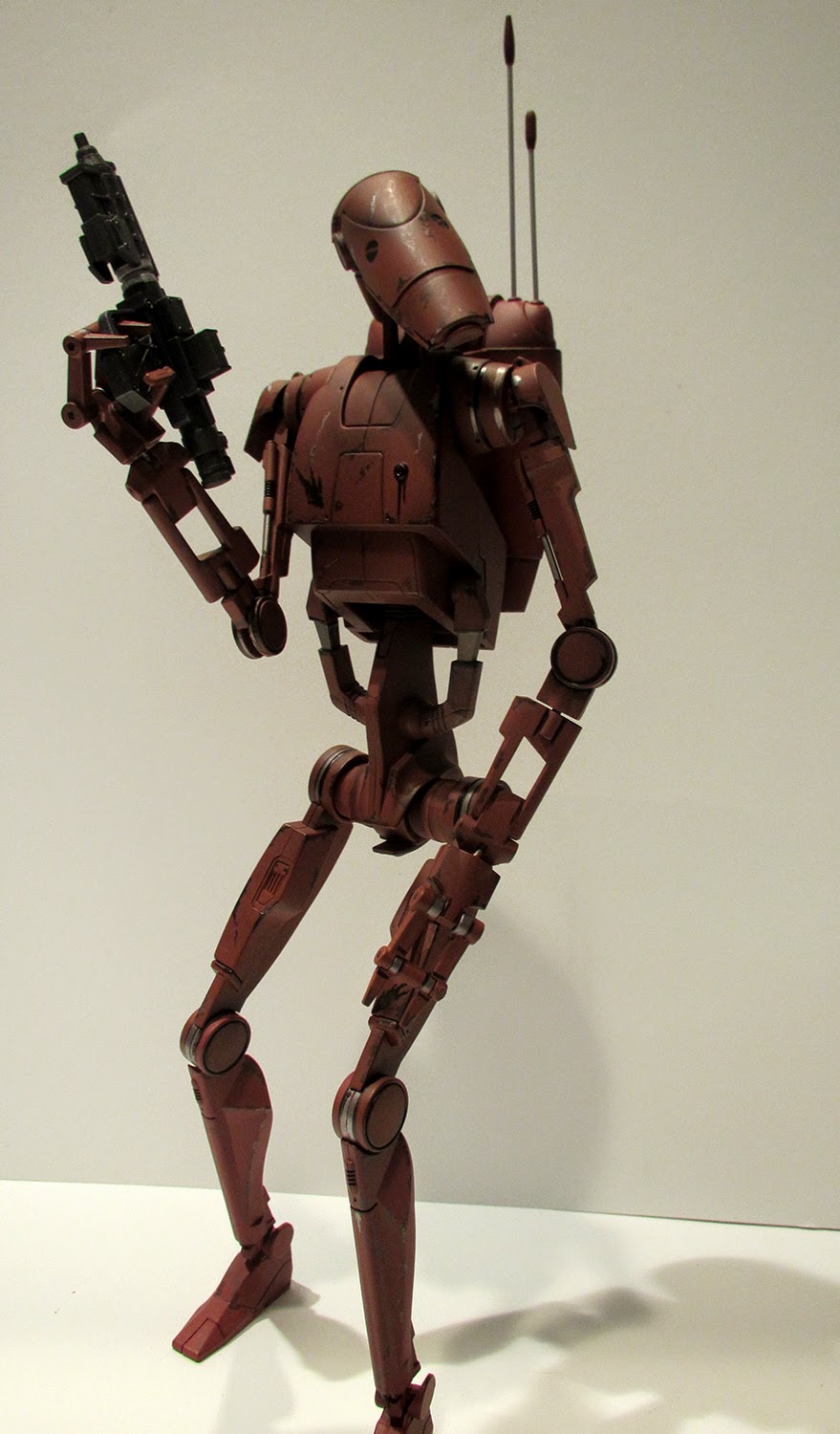 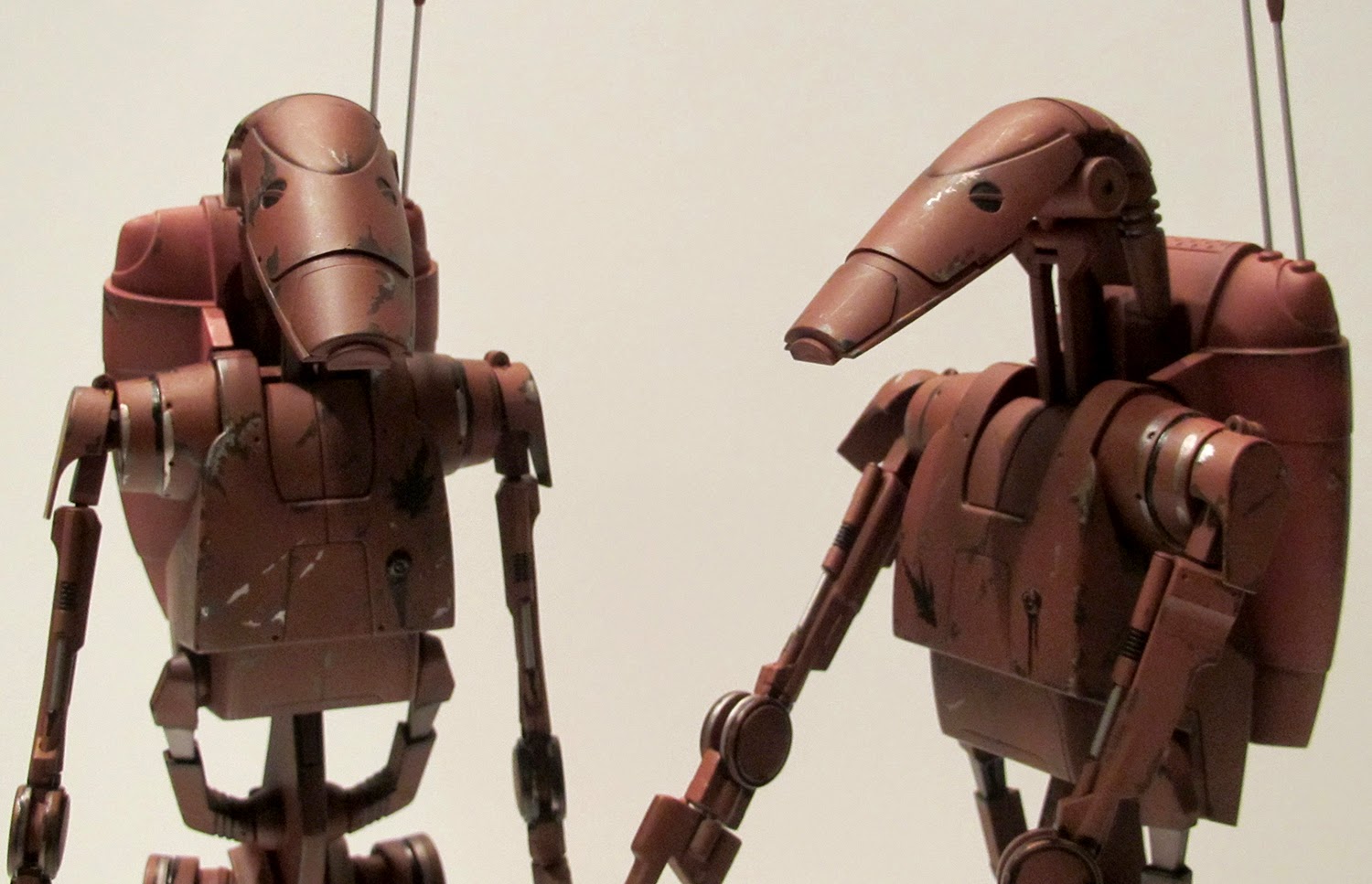 1. And this pose doesn’t have a name – I just wanted to show off the articulation. 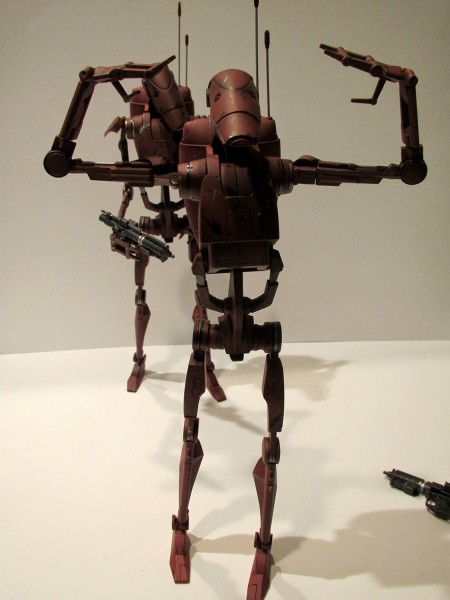 Who knew battle droids could be this cool? I think I’m going to start incorporating these guys into my regular decor and pose/dress them up for different occasions. As of this weekend, they’ll be decorating a miniature Christmas tree and wearing tiny Santa hats.

If you own the Geonosis Infantry Battle Droid Sixth Scale Figure Set, share your silly photos with Amy and Sideshow on Twitter! Or, enter our giveaway now for a chance to win a Geonosis Battle Droid Set:

The Joker, Stormtroopers, Avengers and more sing the only holiday songs you need this year