Angela, the lost daughter of Asgard 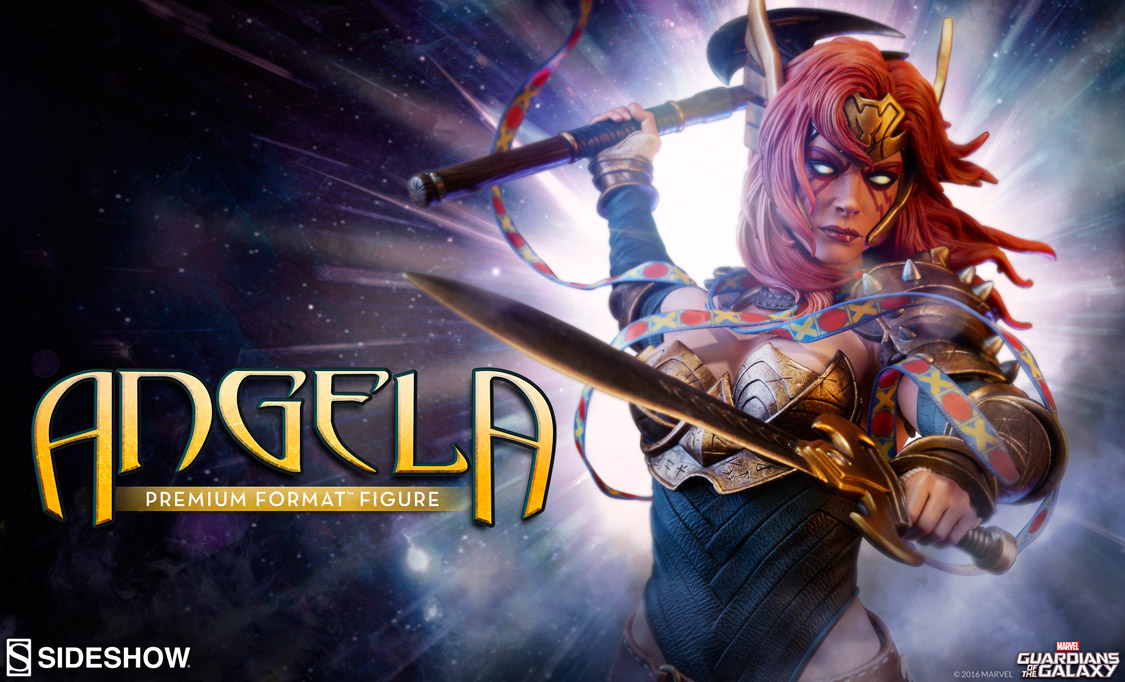 She may have fallen from Heven but don’t be fooled; this angel is tough as Hell.

The long lost daughter of Asgard’s ruling family, Angela the angelic assassin was pulled from Heven, her celestial home, to join the Marvel Universe during the Age of Ultron comic event in 2013.  Originally hailing from Image’s Spawn series, Angela was refashioned as Thor’s mysterious sister and occasional Guardian of the Galaxy when Marvel acquired the rights to her character.

Kidnapped by the Queen of Angels when she was a child, Angela was originally intended to be a bargaining chip whose ransom would end an ancient feud between Asgard and Heven, the realm of angels.  When this plan failed, Odin went into a rage and tore the Tenth Realm from the world tree and cast it into the void of space.  Angela was presumed dead and lost forever.

As it turns out, after being taken by the angels she was raised to be a fierce assassin and hunter who sought bounty on aliens across the universe and never knew of her Asgardian heritage.  She was trained to use a bladed bow as her weapon, with semi-biotic ribbons on her armor serving as extra defense.  Angela remained in her celestial home until a tear in the universe caused by Wolverine stole her from her home and brought her to Earth. 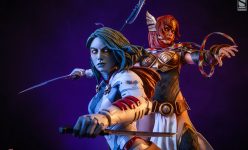 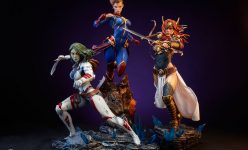 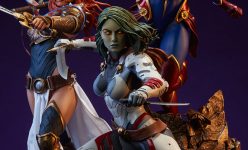 During this cosmic disturbance, the Guardians of the Galaxy picked up on the signal of one particularly angry celestial life form- Angela- barreling towards the Earth and seeking retribution for being thrown across dimensions.  Gamora quickly intercepted the angel and the two battled it out, finding themselves fairly evenly matched until Angela began to take the upper hand thanks to her Asgardian heritage.  Eventually, the green-skinned Guardian had to call on the rest of her team to help subdue her foe, who they brought back to their ship for interrogation.

Angela and Gamora found they had a lot in common- both were taken from their homes as children and raised to be deadly assassins.  On a mission to exterminate the Badoon, the two connected in their mutual respect for one another’s strength and relentlessness in battle.  Angela even went so far as to humorously admit that while she had been beating Gamora nearly to death, she realized the two could be great friends.

Endearing herself to the Guardians, Angela was welcome to accompany them on more adventures, and they came along with her as she explored Earth.  They even helped her on a dangerous and morally dubious mission to steal an Asgardian child, which would help save her home realm and repay a perilous debt.

This mysterious angel’s history might be a little more wicked than divine, but in the hands of capable comic writers like Kieron Gillen and Marguerite Bennett, Angela melded well into the rich and cosmic lore of Asgard and the Guardians of the Galaxy.  Heven might be missing an angel, but she has certainly found her home in the Marvel Universe.