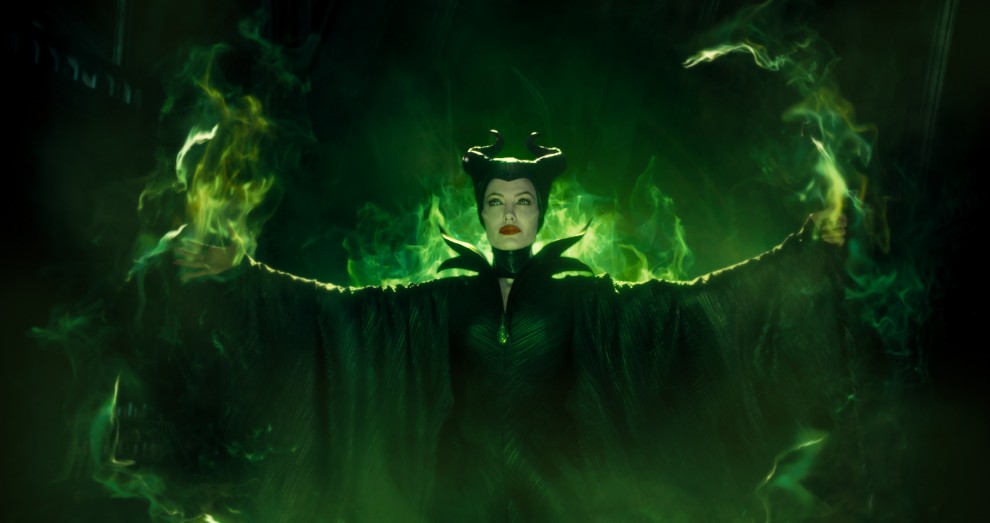 Attending the ceremony with her daughters Shiloh and Zahara, Jolie took home the orange blimp for Best Villain for her portrayal of the title character in last year’s Disney film Maleficent.

When Guardians of the Galaxy star Chris Pratt made the announcement, Jolie got big hugs from her daughters and high-fived fans in the audience on her way to the podium and deliver an inspiring speech.

“Thank you so much to all the kids who voted,” she began.

“I want to say that when I was little, like Maleficent, I was told that I was different. And I felt out of place – too loud, too full of fire, never good at sitting still, never fitting in,” she shared. “And then I realized something, something I hope you all realize – different is good.”

She added slyly, “And as your villain, I would tell you to cause a little trouble. It’s good for you.”

And to answer the question on everyone’s mind…no she did not get slimed.

Watch her accept the award below: