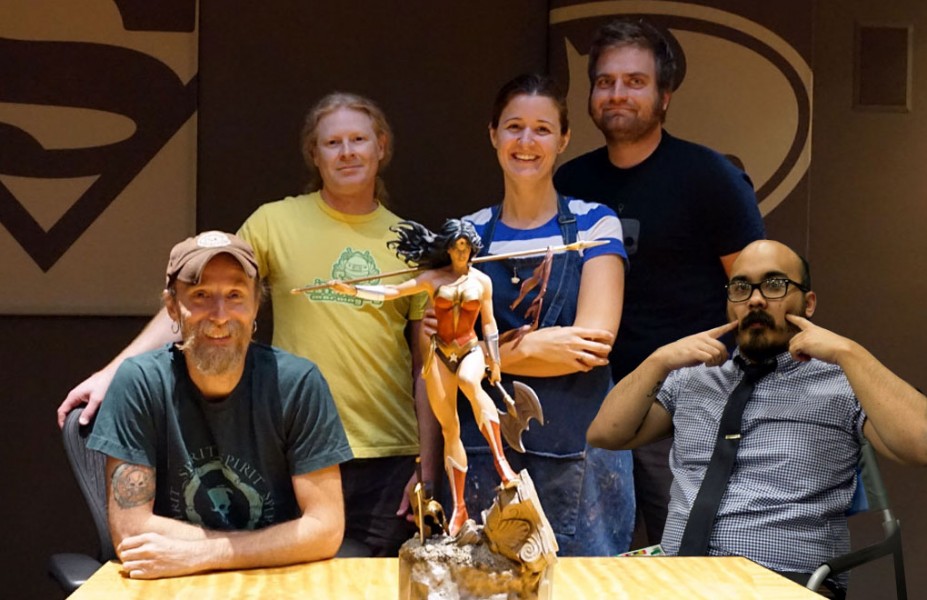 Sideshow’s long-awaited Wonder Woman Premium Format™ Figure is arriving soon and we can’t wait to unleash the Amazon princess into Fan’s…er, Man’s World. Meanwhile, we thought it’d be fun to throw a Lasso of Truth around the creators of the piece, and host an official Q&A about the making of Wonder Woman.

Before we get started, let’s meet the team: 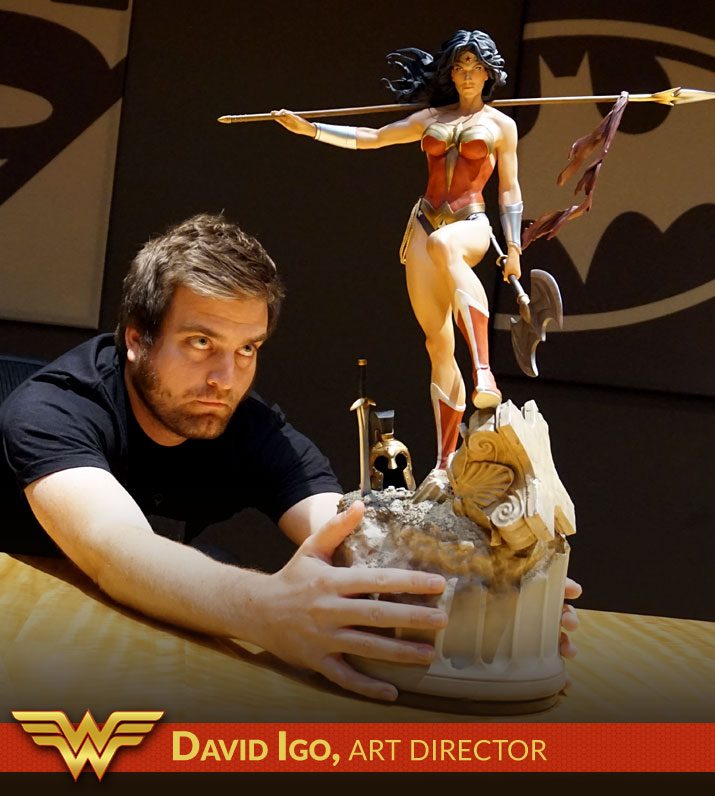 His autobiography would be called: “Of Bread and Meat”

Favorite scene from any movie is: From Maltese Falcon where Sam Spade is talking about despite having never liked his partner, there is a code and he must avenge his partner anyway.

He admires Wonder Woman because: Diana truly loves everyone in the world, and will do everything she can to protect them at all costs. 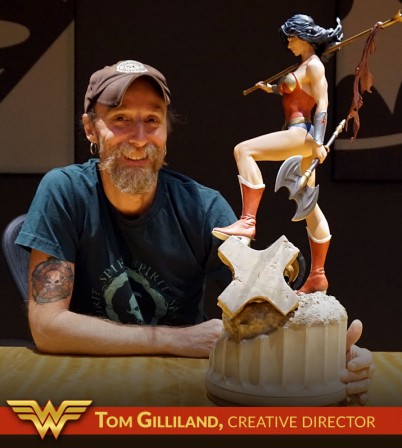 Every time he goes to Disneyland: He sits in the Tiki Room and dreams of a studio filled with collected artifacts surrounded by rain and storm effects.

His role model is: General Joshua Chamberlain, a defiant amalgam of determination, dedication and perseverance.

He admires Wonder Woman because: She’s the comic book representation of Leonidas of Sparta. Hard, uncompromising, and defiant in a world set against her. 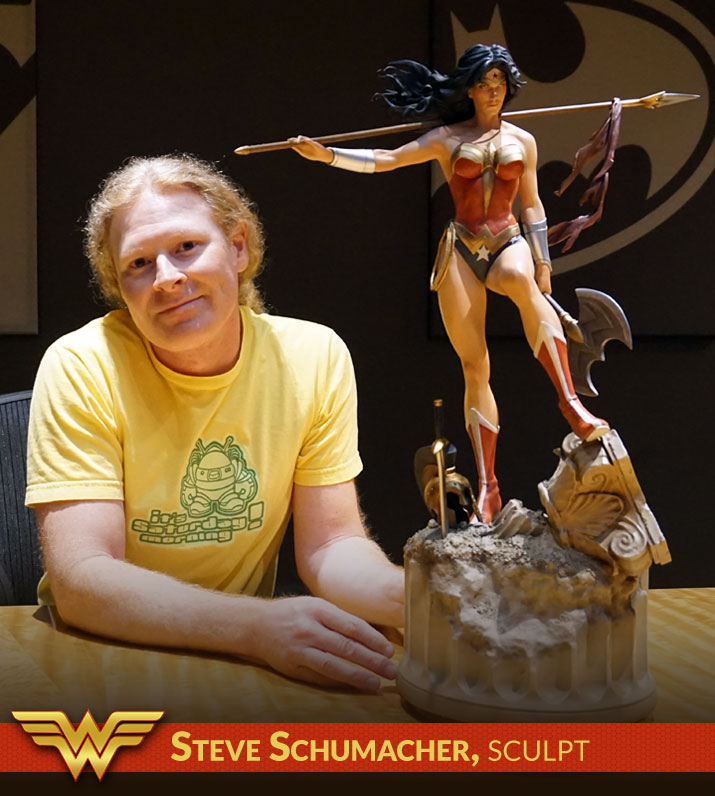 ‘Schu’ hails from: Cincinnati but I’ve lived in LA since ’93.
The last thing he watched was: Probably some horribly awesome Italian horror film or post-apocalyptic 80’s B movie.
He admires Wonder Woman’s: Inner strength, physical strength and strong will. 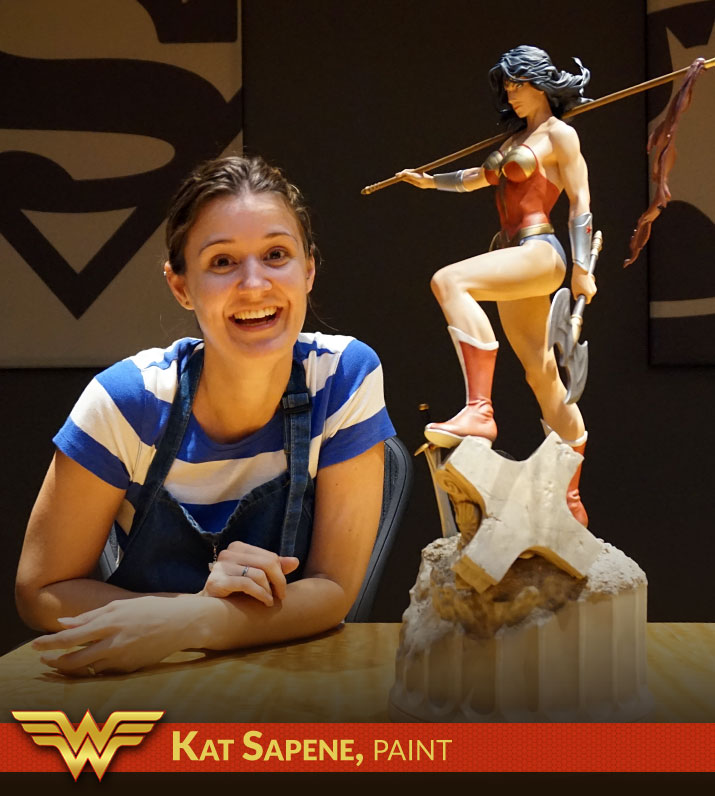 Kat hails from: Venezuela, but I grew up in Tennessee.
If she wrote a book it would be called: ‘How to Love Science and Math and still be an Artist.’
She has admired Wonder Woman: Ever since I was a little kid and watched the TV show. My sister and I would run around the house in our WW underoos pretending to fight crime. She’s tough, smart, and don’t take no crap from anyone. My kind of lady. 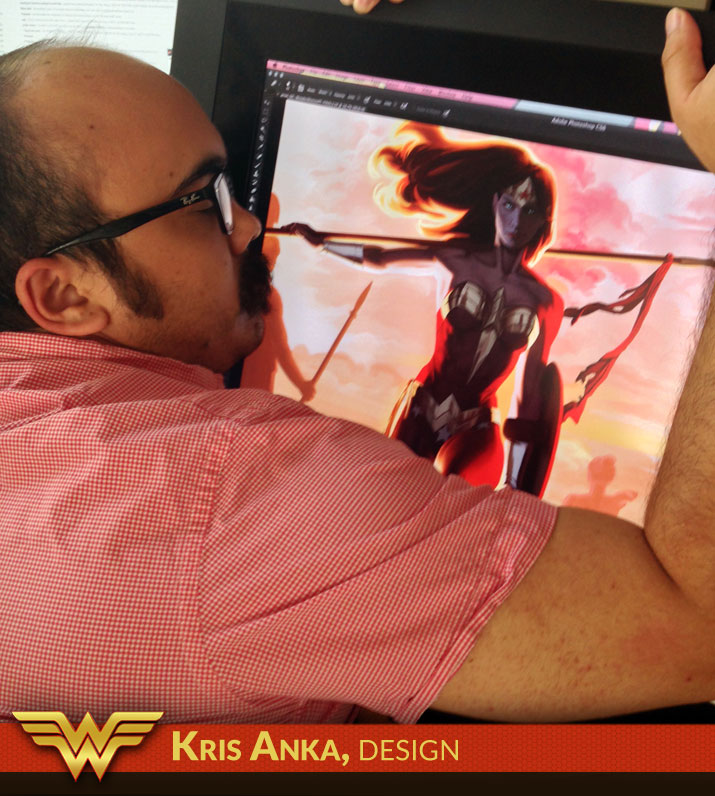 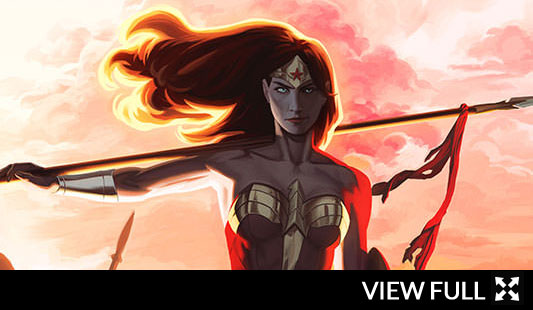 The last thing he watched was: The Game of Thrones intro, for the 1 billionth viewing.
His perfect work environment would be: Surrounded by awesome bad-asses that are smart and ambitious, life-size Venoms flanking a standing desk with 3 screens, a coffee fountain within 20 feet, jars of bacon everywhere, internet access, and private individual bathrooms.
He admires Wonder Woman after: Seeing the animated film by Lauren Montgomery. Go watch it if you haven’t seen it, now, RIGHT MEOW!