There was no way we were going to miss a chance to celebrate Bad Poetry Day! Since we figured nobody deserves a bad poem more than, well… bad guys, we asked Avengers fans on Twitter to try their hand at writing some terrible verse with the theme ‘An Ode to Chitauri’ for a chance to win a Hot Toys Chitauri Commander or Chitauri Footsoldier Figure.

Because if we can’t protect the Earth from bad poetry, you can be damn well sure we’ll reward it…

And the winners are… 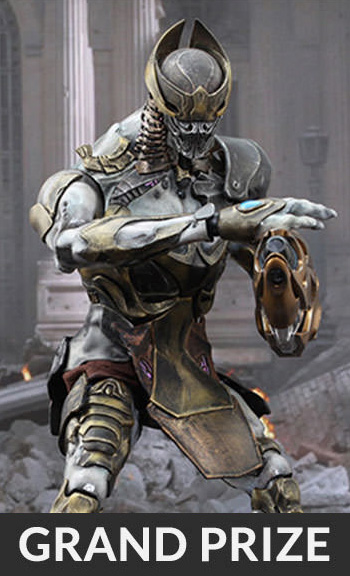 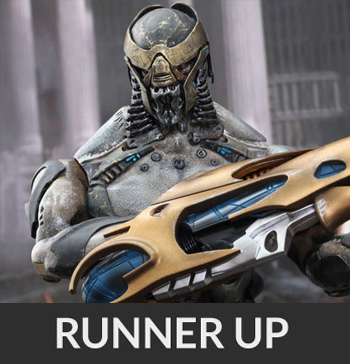 Thanks to everyone who played! If Douglas Adams were alive to judge, how do you think he would rank Chitauri poetry against Vogons and Paul Neil Milne Johnstone of Redbridge? Enjoy more awesomely bad poetry below:

Ah, the Chitauri! Little do people know, but they’re the Vogons of the singing world! #SideshowOhNoetry pic.twitter.com/K22PVgMkpC

@collectsideshow Chitauri from afar, Desires so dark, came to earth not expecting, to be nuked by Tony Stark. #SideshowOhNoetry. — phillip bolin (@jester7001) August 18, 2015

@collectsideshow We’ve the Avengers The mighty heroes people talk So don’t forget Chitaury’s Army WE HAVE A HULK! #SideshowOhNoetry

@collectsideshow My Chitauri of old, Your face so bold, That only a mother would behold, belonging to a toad. #SideshowOhNoetry

@collectsideshow Better stand back Here’s The Chitauri attack, But the Hulk is in line He’s dealing with them fine. #SideshowOhNoetry — Vadim Nikulin (@NikulinVadim) August 18, 2015

@collectsideshow Oh Chituari, you’re bad and ugly as sin You even failed Loki Before he was king #SideshowOhNoetry

[store-items brand=”Marvel”]
*The pictures featured in this post do not necessarily reflect the winners chosen for the contest prize. See our Terms and Conditions for more information.