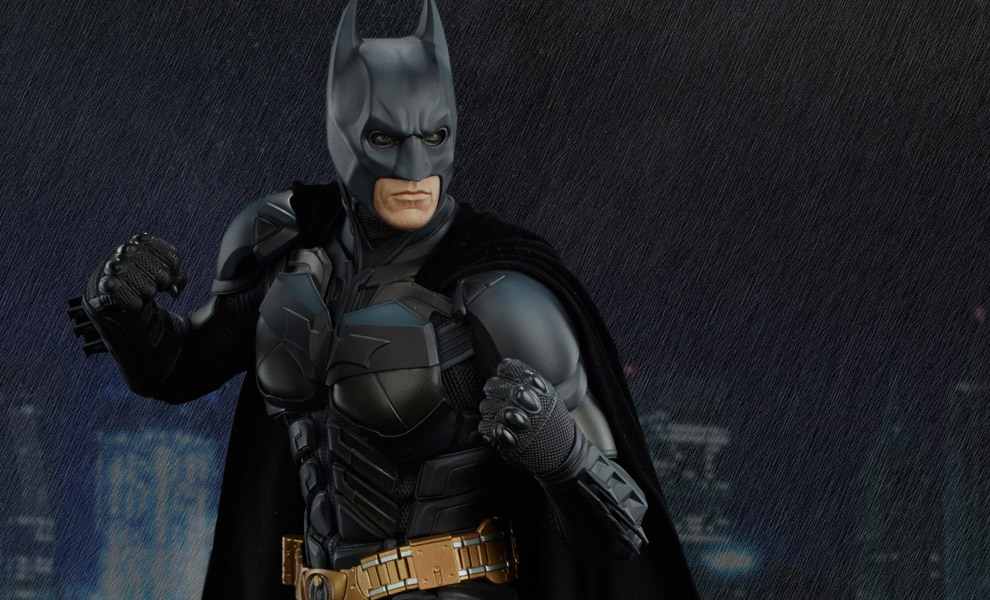 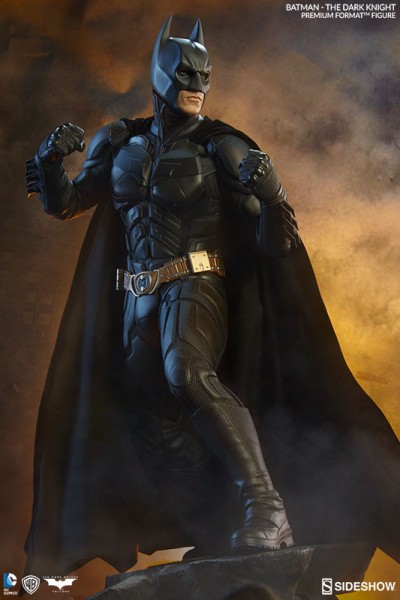 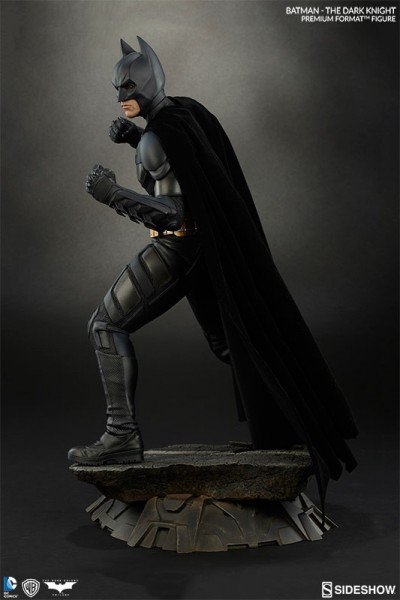 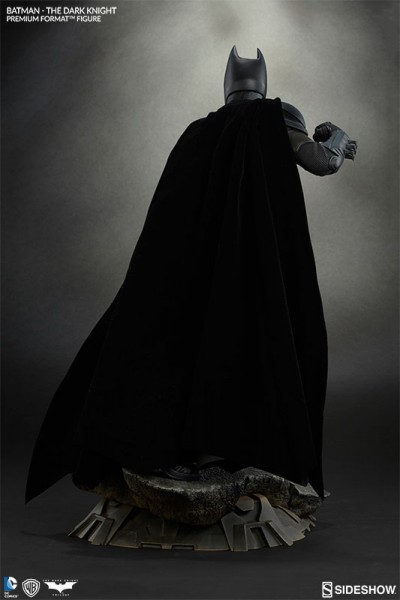 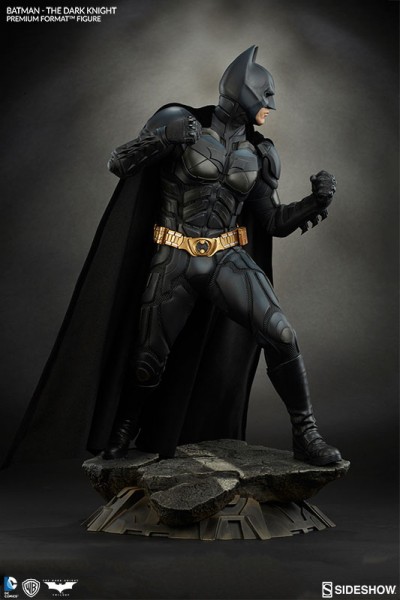 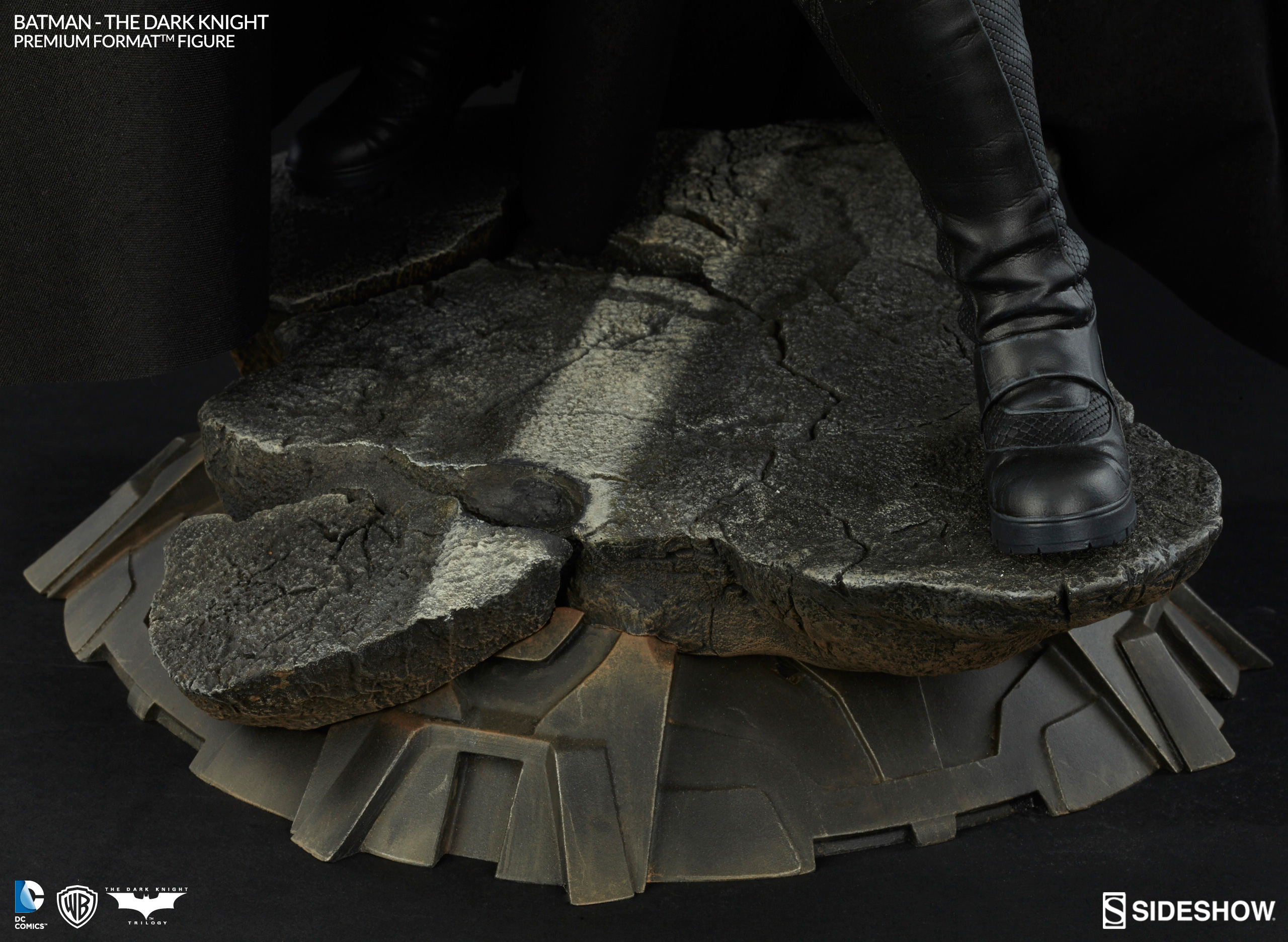 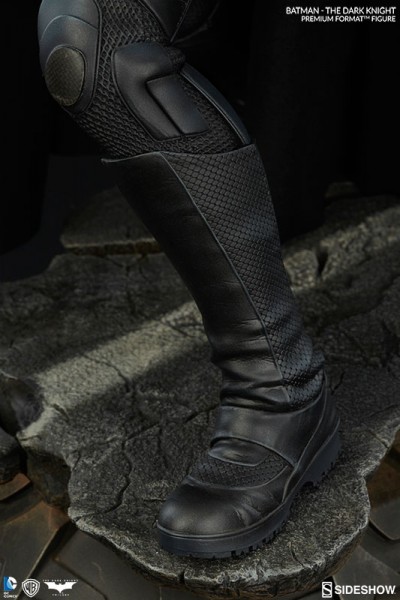 Now there’s a Batman! Meticulously sculpted with screen-accurate detail, the Dark Knight rises in an intense cinematic presentation, capturing Christian Bale as the silent guardian of Gotham City. The world is on fire, and things are about to get a lot worse, as Batman takes to the streets in his advanced Batsuit with intricate armored plating and utilities, velvety black cape, and newly redesigned cowl. 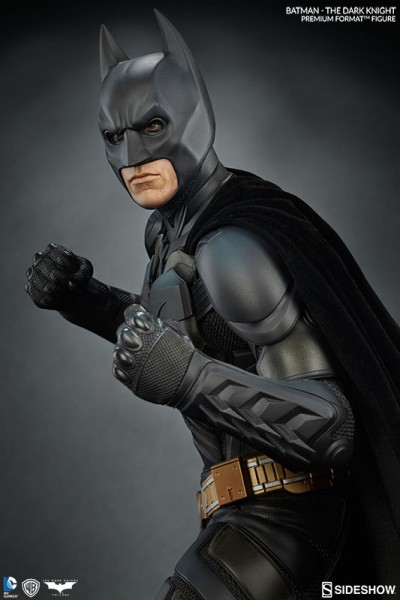 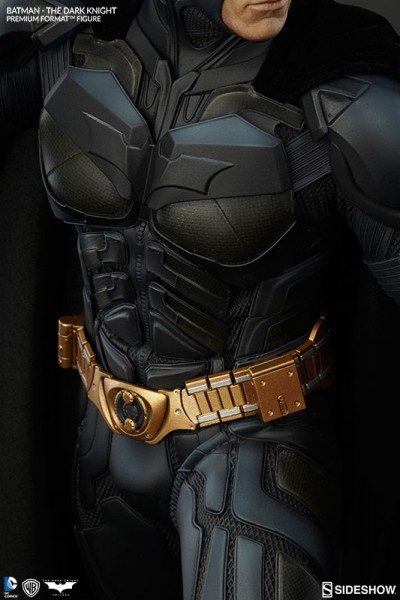 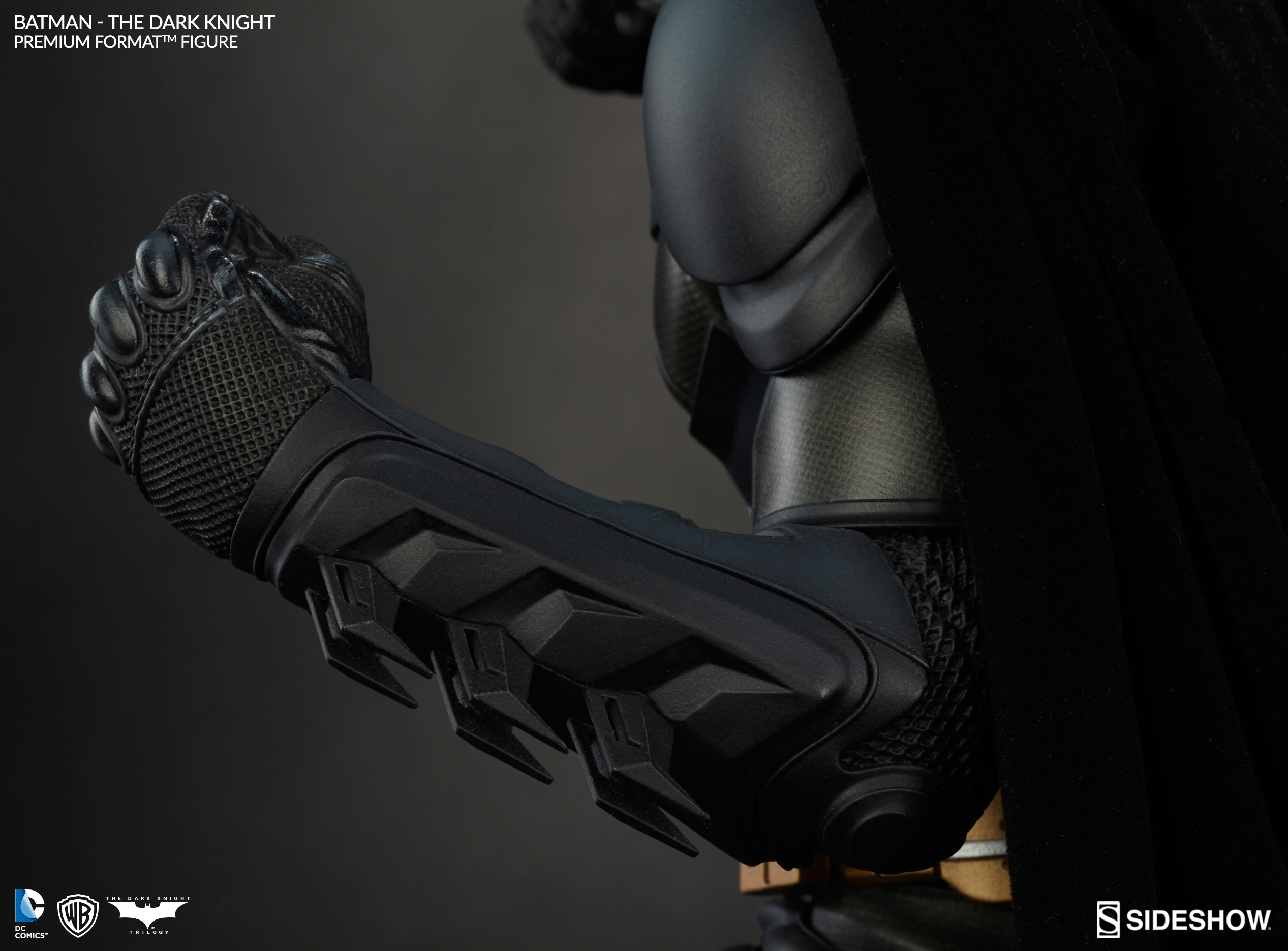 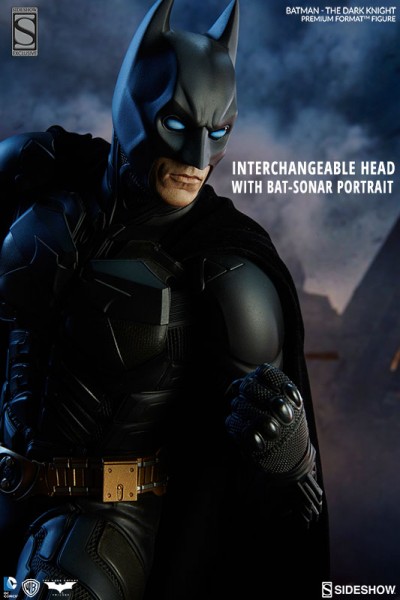 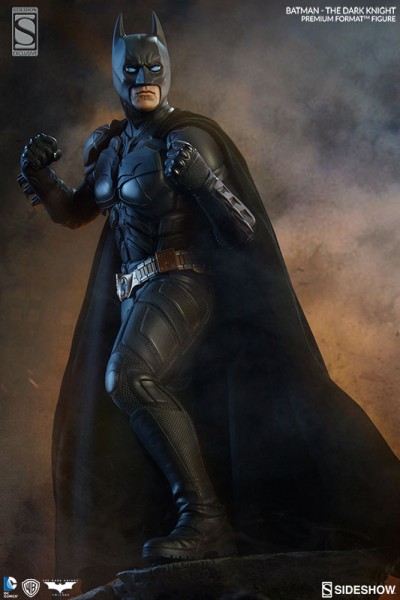 Standing 20“ tall, on a base reminiscent of Wayne Tech aesthetics and the broken streets he strives to protect, this is the hero the fans deserve – and the one your collection needs right now.

The regular and Exclusive editions of the Batman Premium Format™ Figure will each be priced at $469.99, with optional payment plans available. Pre-orders begin this Thursday, September 10th.

What happens when an unstoppable force meets an immovable object? For the ultimate display, recreate the epic confrontation between the Batman and his greatest foe with Sideshow’s Joker Premium Format™ Figure from The Dark Knight, coming soon! 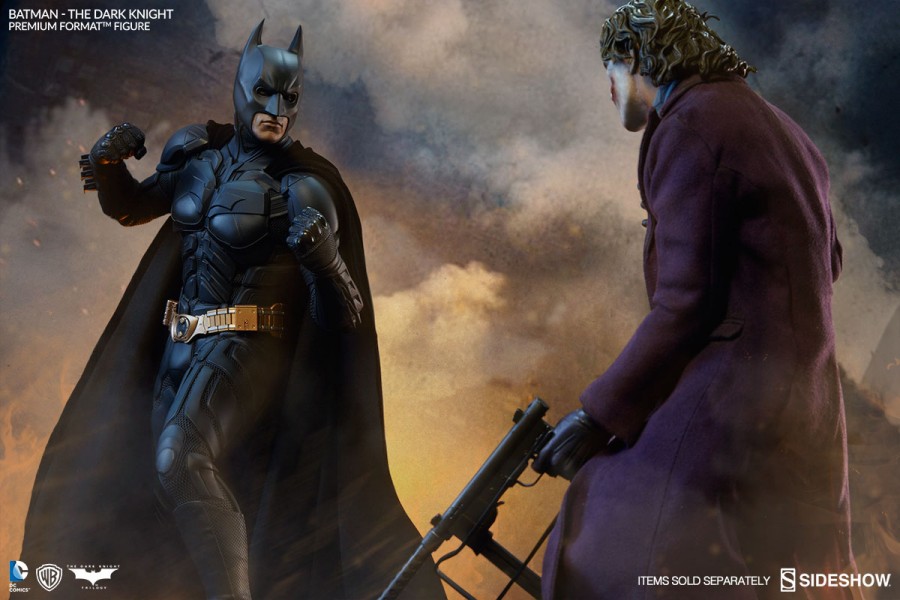 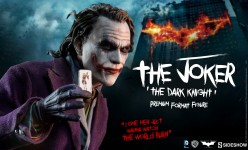