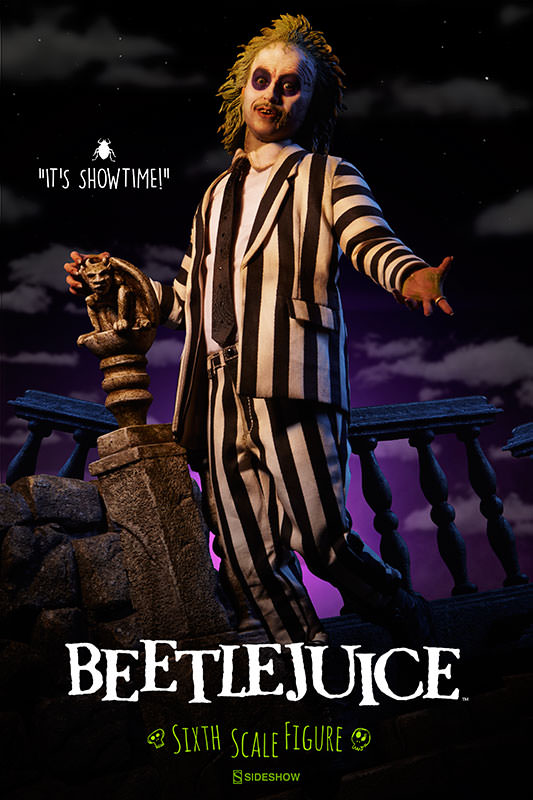 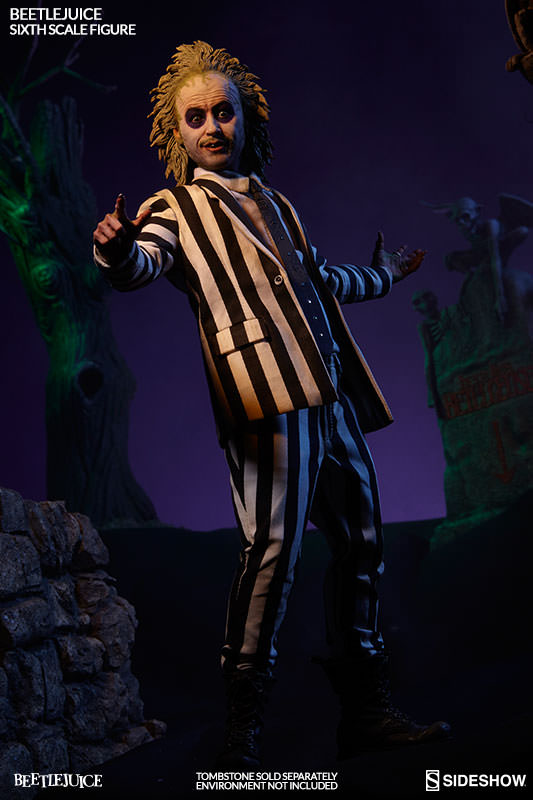 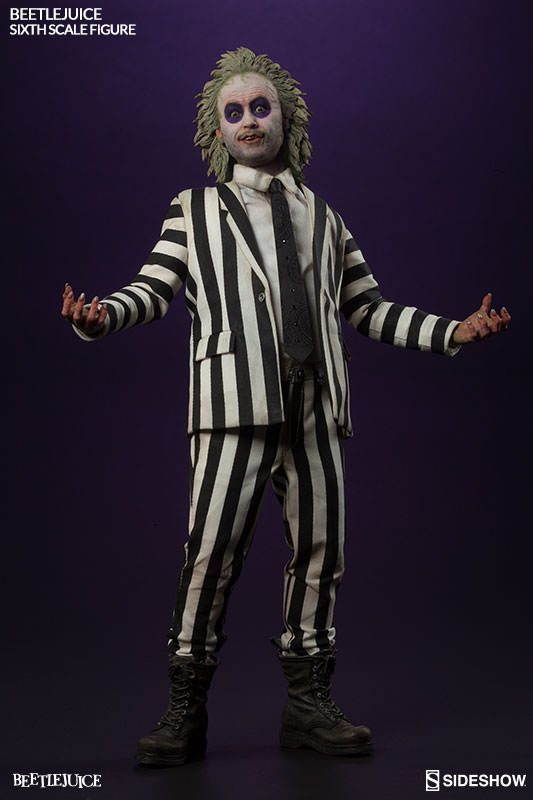 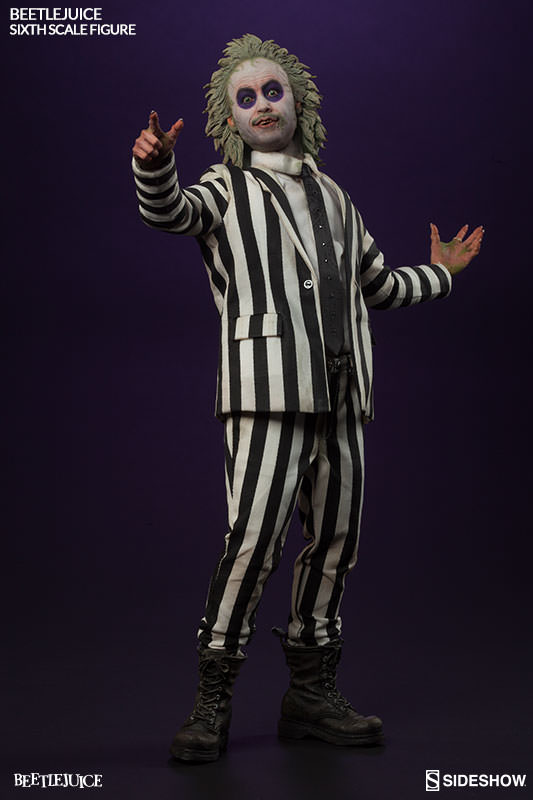 Presenting Michael Keaton as the self-proclaimed ghost with the most, Beetlejuice is dressed to impress in his black and white striped suit, with wide eyes and wild hair. Crafted on a fully-articulated poseable body, the fast-talking ghoul comes with a variety of swap-out hands and accessories to liven things up when pitching his qualifications as a bio-exorcist. 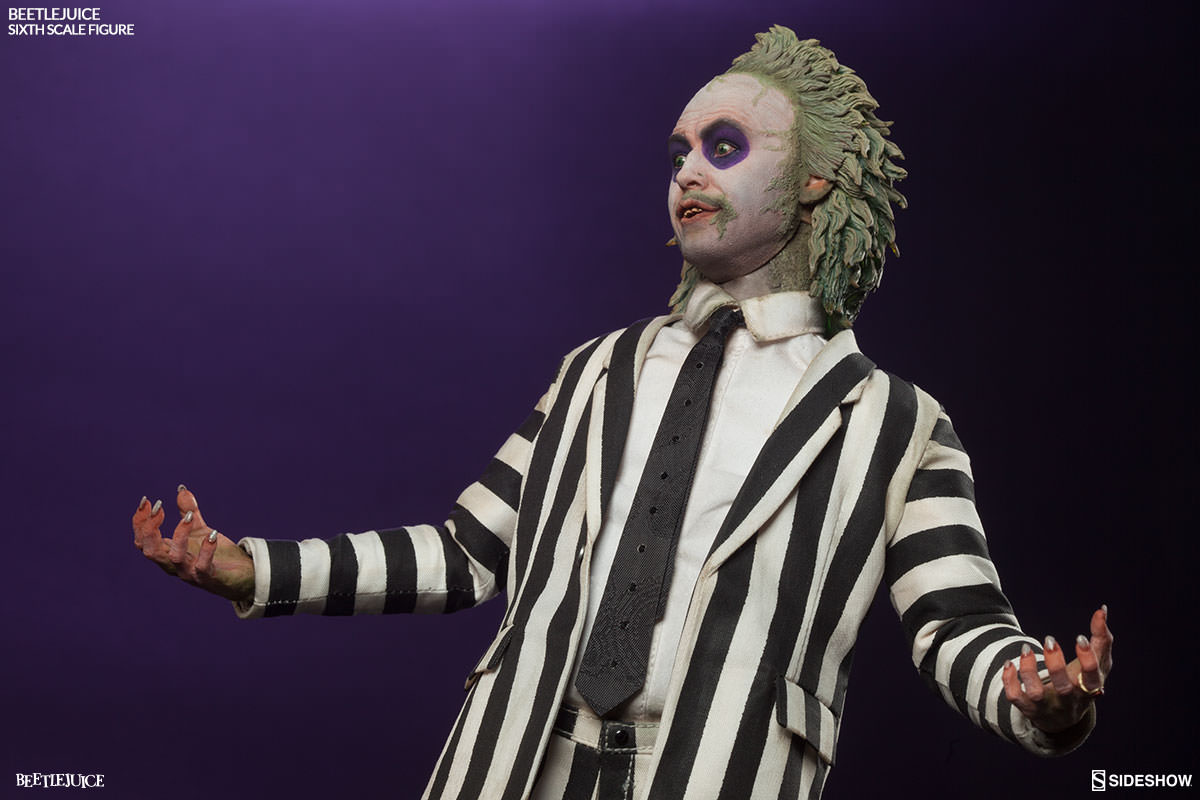 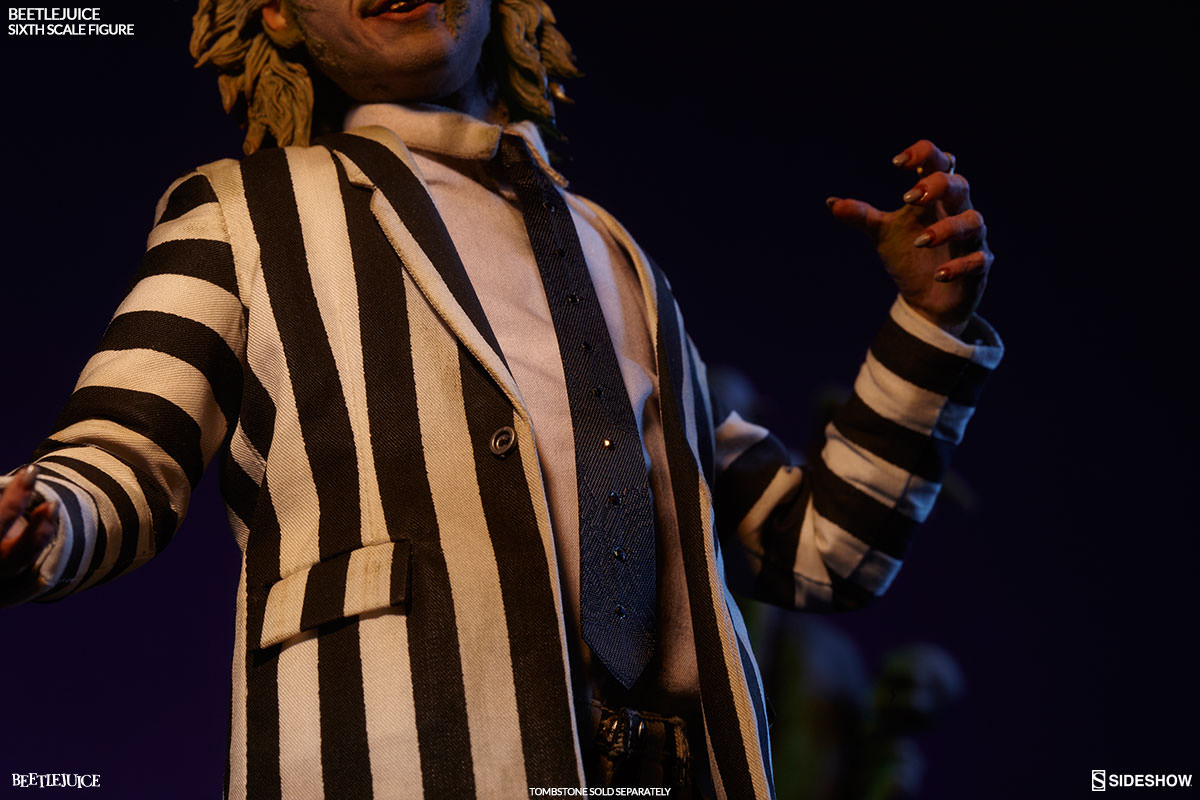 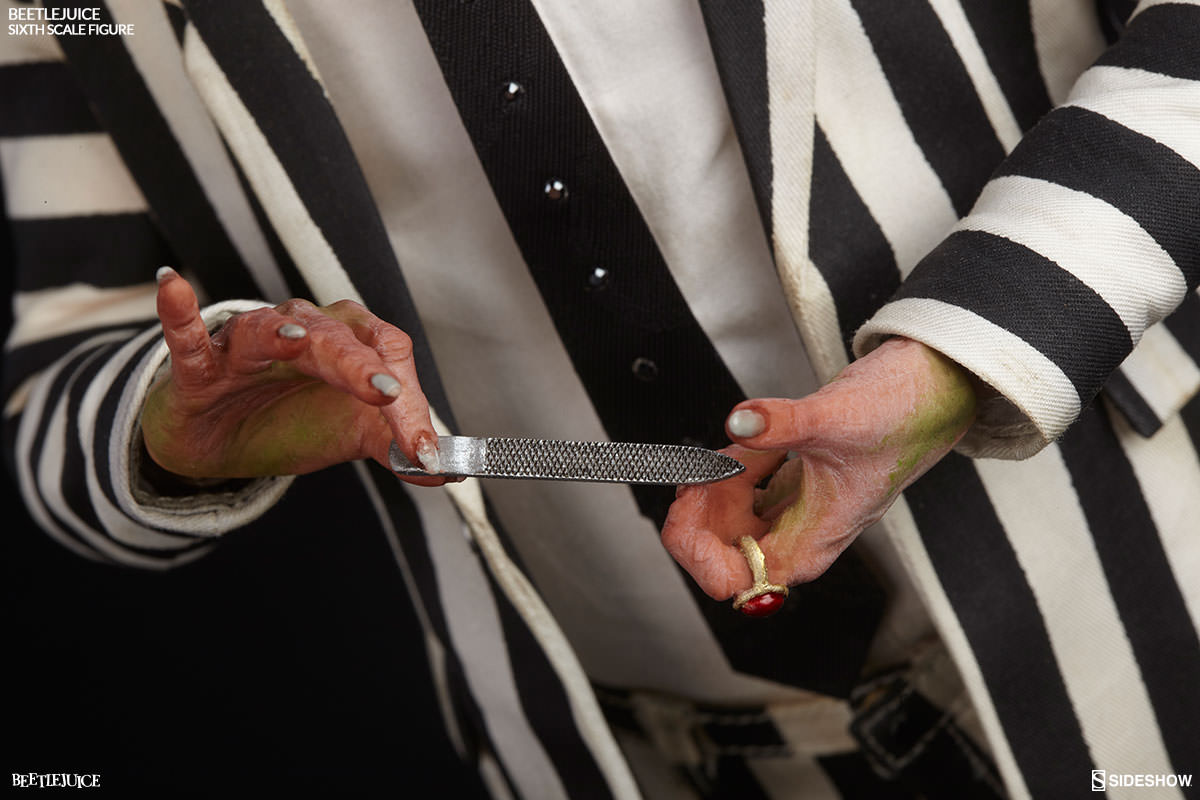 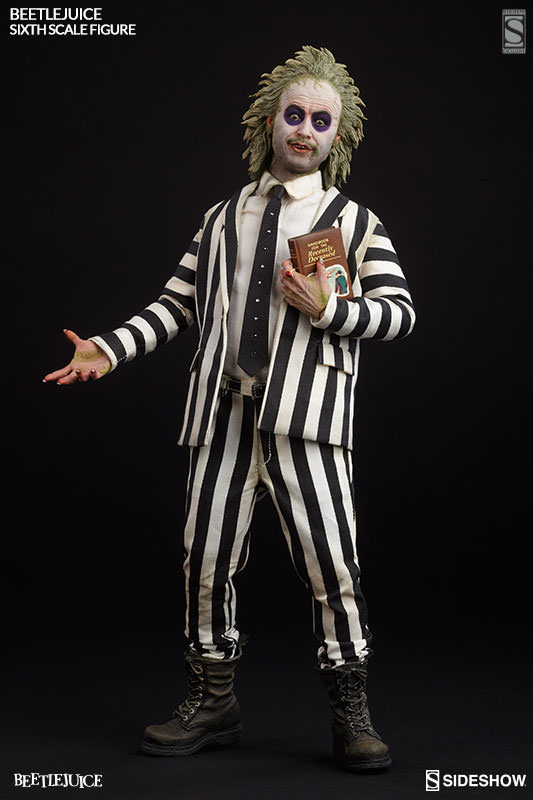 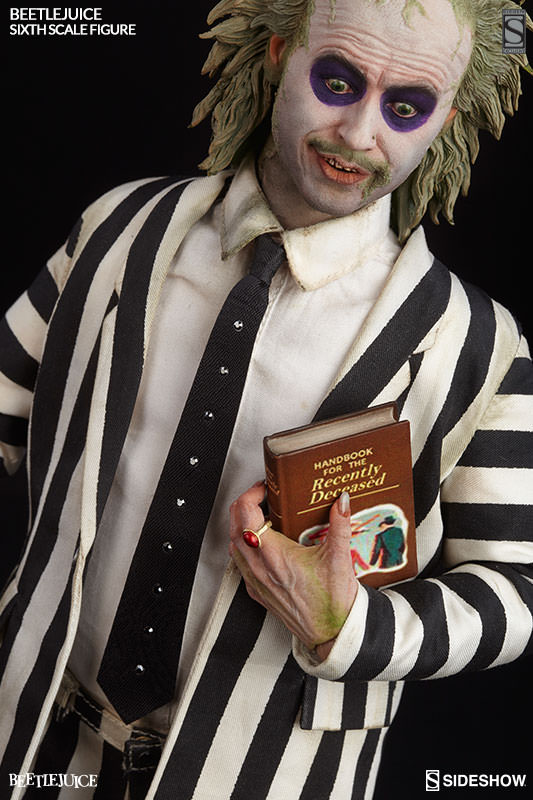 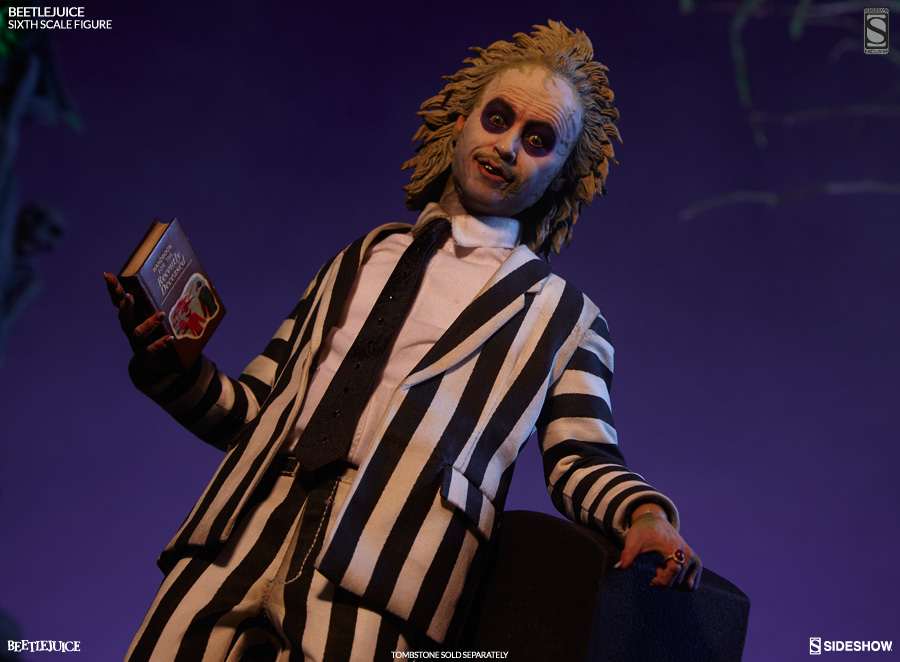 Grab a shovel, or just say his name three times and see what happens! Trapped in a house haunted by the living, Adam and Barbara Maitland’s last hope to scare the intruders away arrives when this mysterious miniature gravestone appears in the attic. 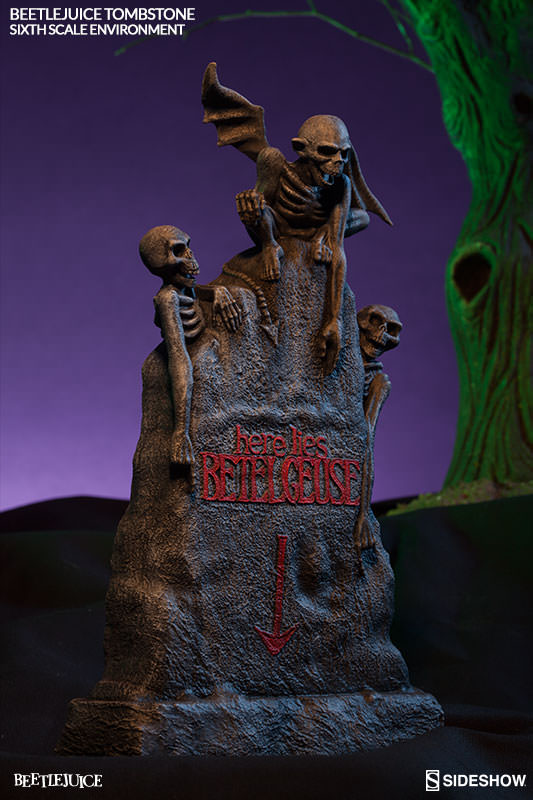 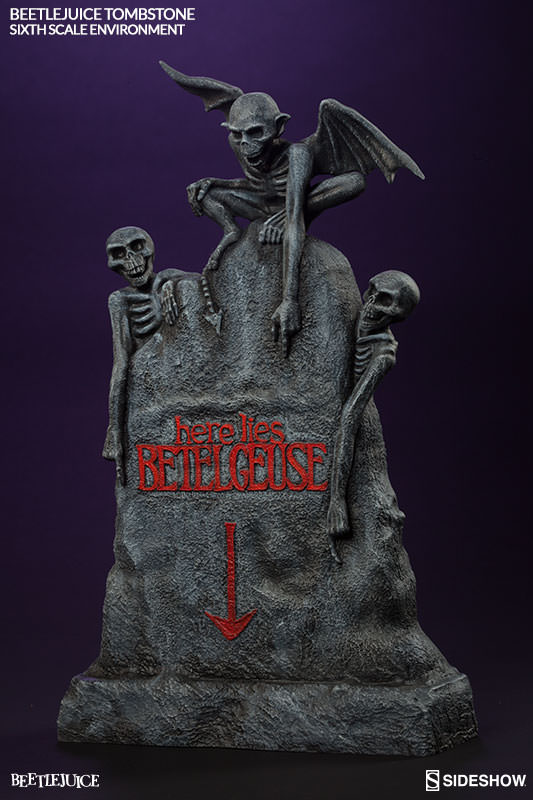 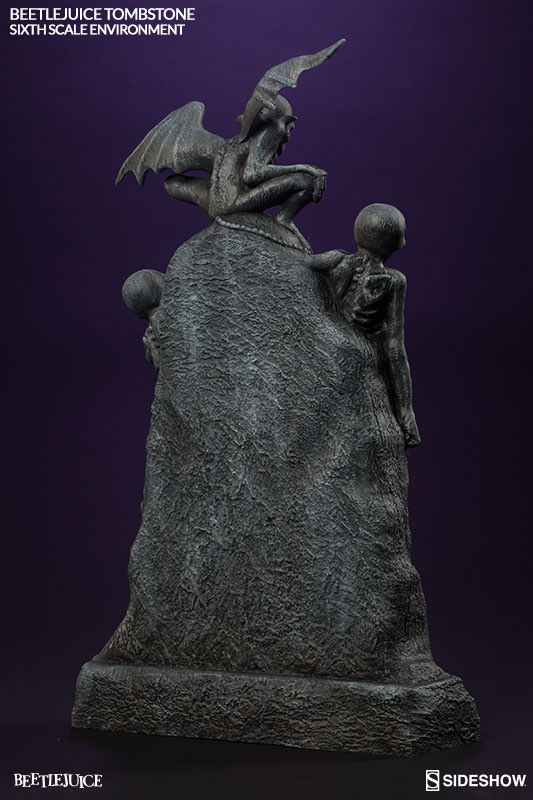 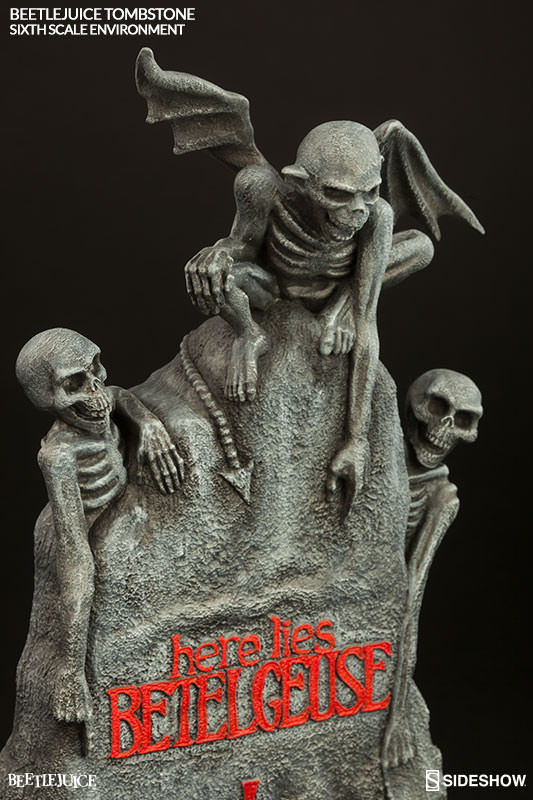 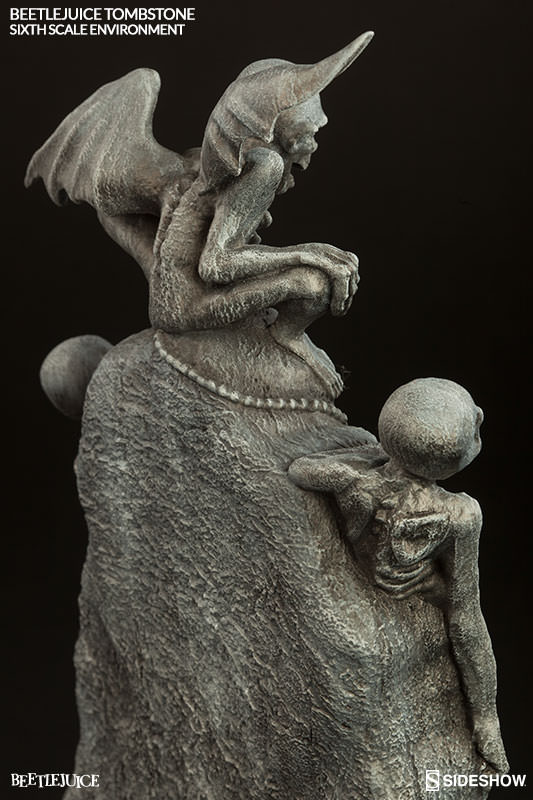 Packed with personality and screen accurate details, the Beetlejuice Sixth Scale Figure and Tombstone Environment are must-haves for fans of Tim Burton’s Beetlejuice.

Pre-orders begin this Thursday, January 21st. So go ahead, make your millennium!