Top 10 Quotes from The Big Lebowski

The Big Lebowski is one of the most quotable movies of all time. There are very few lines in the entire film that haven’t made their way into pop culture. Maybe you’ve never seen the movie before! But somehow, in your heart of hearts, you still know The Dude, or El Duderino if you’re not into the whole brevity thing.

For many years, The Big Lebowski had more F-bombs than any other popular film. Unfortunately, this list of quotes doesn’t have a single one, so quite a few memorable The Dude quotes are missing. These 10 quotes are in between the swears and right at the core of the movie’s story and characters.

Without further ado, let’s roll right into the top 10 The Dude quotes from The Big Lebowski.

“That rug really tied the room together.” – The Dude

This is the scene that sets up the events of the entire film. The rug that ties the entire room together gets a little, uh, worse for the wear — all because of Jeff Lebowski! Except not the Mr. Lebowski we’ve been following, but the millionaire! After Walter connects all the puzzle pieces, it seems like Donny, Walter, and The Dude finally pull their plan together. It’s really all about the rug. And we can’t forget that. Not throughout the entire film. It’s all about the rug.

“Let me explain something to you. Um, I am not ‘Mr. Lebowski.’ You’re Mr. Lebowski. I’m The Dude. So that’s what you call me. You know, that or, uh, His Dudeness, or uh, Duder, or El Duderino if you’re not into the whole brevity thing.” – The Dude

The Dude has never been that formal of a dude. He’s just a dude like anyone else. He’s just living his life the way that only he can. He relaxes, he unwinds, he bowls. It’s not all that complicated. But when he gets mixed up with a completely different “Mr. Lebowski” his life completely changes. So it bears repeating that he’s not Mr. Lebowski. He’s The Dude!

“Donny, you’re out of your element.” – Walter Sobchak

All throughout the film, Donny seems to be just a little bit behind the curve. He’s an incredible bowler, and a stand-up friend, but he doesn’t always follow the conversations as well as Walter would like. Walter, always a straight shooter, doesn’t mind telling Donny that he’s out of line. Or in this case, out of his element.

“Am I wrong?” – Walter Sobchak

Walter is many things. He’s a Vietnam vet. He’s a loyal friend. He’s an ex-husband and dog baby sitter. He’s a bowler. But if you ask him, he is never wrong. Walter doesn’t see the gray areas of the world, he sees things black and white, wrong or right. And even though things may get out of hand now and again, Walter will never concede that he just might possibly be wrong.

“Hell, I can get you a toe by 3 o’clock this afternoon … with nail polish.” – Walter Sobchak

Walter is resourceful and, if necessary, artistic. His artistic side comes out when piecing together the puzzles and conundrums that The Dude has to deal with when mixed up in all the madness of Mr. Lebowski’s game. Walter sees straight through the illusions and lies. To him, it’s not all that hard to get a toe. He could even get it with nail polish.

“Calmer than you are.” – Walter 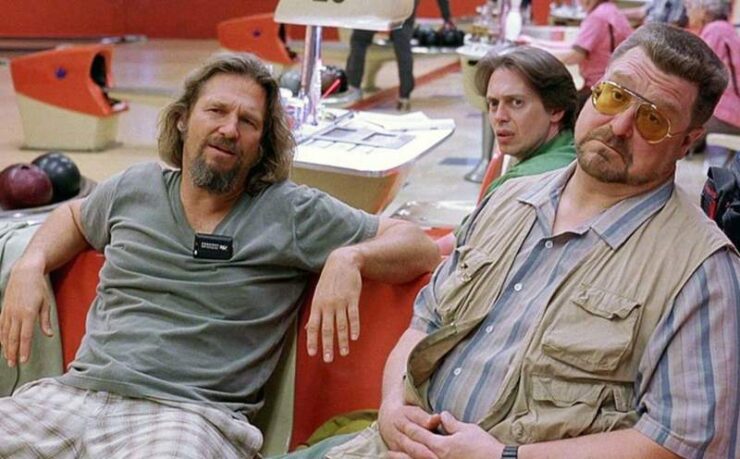 There are rules in bowling. Important rules. And if you don’t follow them, Walter’s going to have a word with you. From the same bag that has dog supplies, he pulls out a gun and insists that the bowling rules be followed. When The Dude calls him out for his aggression, he gently insists that he is “taking it easy.” It might be the only scene where he’s calmer than The Dude.

In an unexpected cameo, Flea, the bassist for the Red Hot Chili Peppers, is a part of a group of thugs. They insist that they’re nihilists, though they don’t always seem to act like it. They do act ridiculous though, especially with their iconic accents and well-trained ferret. They’re nihilists. And they want the money, Lebowski.

There’s a specific brand of calm, cool, and collected that can only be exemplified as “Dude-like.” It’s  recognizable from a mile away, if for no other reason than the skunky smell. But when his closest friend sees him out of sorts, it throws him off. It takes a good friend to remind The Dude who he really is. Or something like that.

Maude Lebowski has a life plan. It’s well coordinated, organized, and intentional. And when her life plan involves the … health … of The Dude, she insists that he visit a doctor. A doctor who performs a variety of extensive checks. Some a bit more invasive than others. He’s a good man. And most certainly very very thorough. 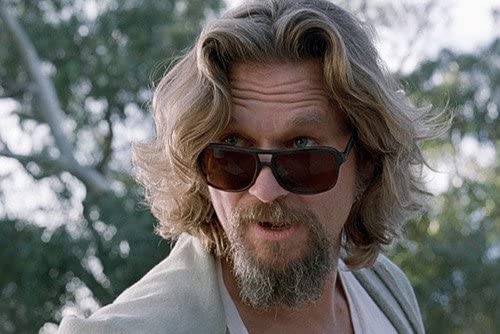 There’s nothing more comforting than The Dude, accepting life the way it is, or perhaps the way it isn’t. There’s ups and downs in life. All that’s certain is that somewhere out there, there’s a dude, taking ‘er on easy for the rest of us. He’s bowling and kicking his feet up. The Dude abides.

What’s your favorite quote from The Big Lebowski? After you check out The Dude Sixth Scale Figure (he really ties the collection together), keep the conversation going over at side.show/geekgroup. And don’t forget to Let Your Dude Sideshow!

Top 10 Dragons from How to Train Your Dragon