Below is official info on the #1 issue, the main cover art, and some info on the first story arc of Big Trouble in Little China: Old Man Jack. We’ve seen Carpenter help out on previous Jack Burton comics with BOOM! including the exciting crossover with other Kurt Russell ’80s action icon Snake Plissken in Big Trouble in Little China/Escape from New York comic. The first story arc of the Old Man Jack series features four issues and introduces an older Jack trying to ignore a certain awfulness around him and he’s unexpected called into action, reuniting with a familiar not-so-friendly face. Hilariously weird foes, strange luck, and unexpected allegiances make this series must-read for fans of the film looking for that sequel.

Check out Sideshow’s Sixth Scale interpretation of the legend that is Jack Burton HERE. 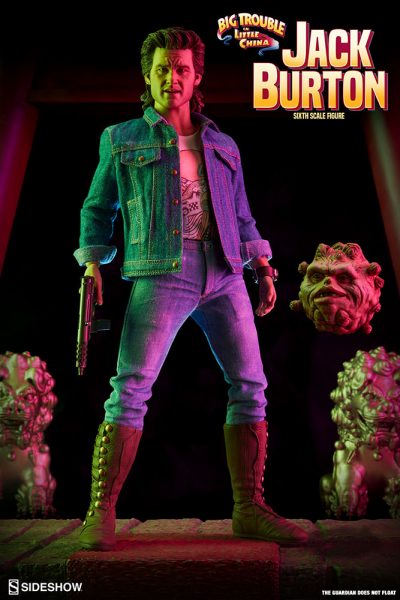