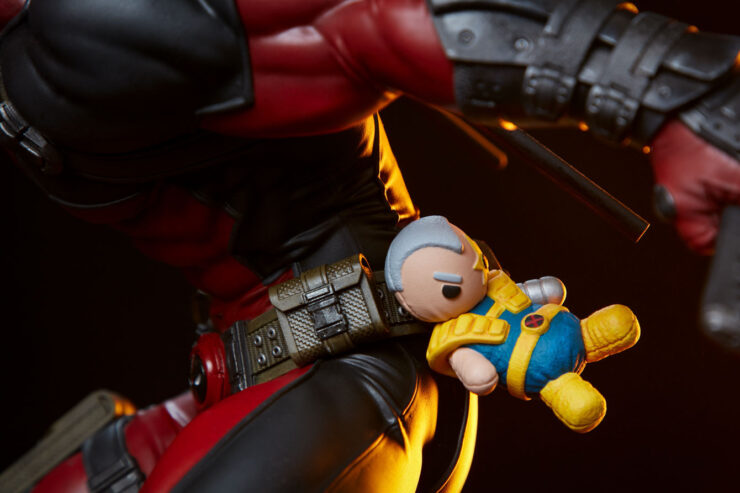 The Merc with a Mouth is notoriously hard to get along with, but the always-serious soldier from the future is no peach himself. Somehow this dynamic and sometimes disastrous duo became inseparable, for better or for worse!

Sure, their genetic entanglement is one bond, but they share an even greater bond: a devout fan-base. Let’s dive in and explore the Marvel Comics history of Cable and Deadpool.

How They First Met As super-powered individuals, these two characters both have certain responsibilities to take care of. Cable, for one, is the leader of a group of X-Men called the New Mutants. Cannonball, Boom-Boom, Rictor, and Sunspot all need to train quite a bit more if they’re going to be able to help mutantkind, and Cable is the only one skilled enough to train them.

All the while, Deadpool has responsibilities of his own. He’s been hired to kill Cable! And while they’re both formidable foes, even Cable isn’t quick enough to outrun Wade Wilson. Fortunately, Domino, who also (sort of) makes her first appearance alongside Deadpool, is lucky enough to stop him. And while Domino and Cable seem to know each other from some distant life, Cable and Deadpool are only just beginning their long-lasting relationship.

From the very start of their story arc together, they are intertwined straight down to their DNA. While fighting to take down a group of baddies called the One World Church, they are both infected by a terrible virus. In order to use Deadpool’s healing factor, Cable absorbs Deadpool and then spits him right back out. Due to their unique chemical mixture, they were both able to use the others’ powers. If Cable teleported, Deadpool teleported too, and vice versa!

And once they were bonded together like that, there was no letting go.

How They Teamed Up 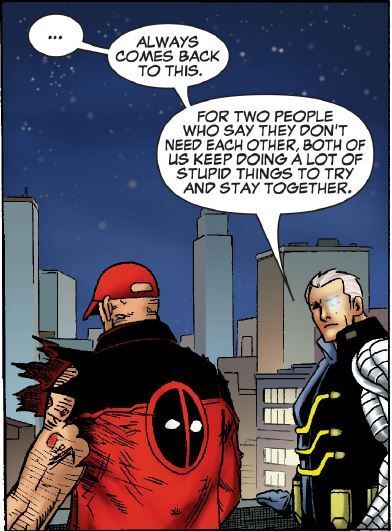 Cable came to the past with the hopes of uniting the world. Throughout all of his adventures, he has had one thing in mind: save the future. He knows how much discord and pain the world will go through, at least in his future. And he wants to change that. He needs to change that. So Cable traveled to the past. He came up with a plan that would force the world to unite, even if it was united against him: Providence.

Providence in an artificial island that Cable assembled himself using his incredible powers. He invited all the world’s greatest thinkers, philosophers, scientists, and more, and brought them to his independent nation. Then, using his extraordinary ability to interface with technology, he sent a message to the world. He threatened to get rid of every missile on the entire world by throwing it into the sun.

With a threat that massive, the world had no choice but to team up against Cable. Even his own father, Cyclops, got the X-Men to fight against him. Cyclops also went out of his way to hire Deadpool to stop Cable. And it’s a good thing he did, too. Because yes, the world united against Cable. They all but destroyed him. But Deadpool saw what happened, and he understood Cable’s noble goal, so he went to hell and back just to bring Cable to life once more. It took time, and a lot of strange antics, but Deadpool succeeded in giving Nathan Summers a second chance at life. All the while, he got to see Cable grow up while they aged together.

In “Why, When I Was Your Age…” Cable and Deadpool finally have a heart to heart. They talk about their upbringing and how it changed them, and how they want to change the world. In “Six Packs and Power Kegs”, the duo truly realizes how tied together they are. They may not be side by side every moment, but they’ll always find their way back to each other.

How They Are Now 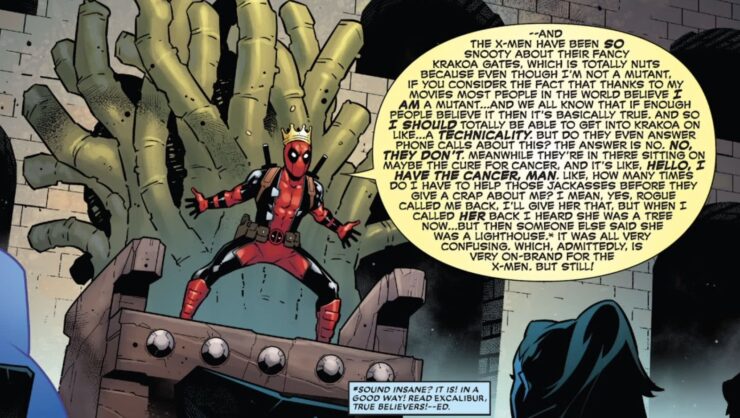 Right now in the comics, Deadpool and Cable are quite far away from each other. First of all, contrary to popular belief, Deadpool is not a mutant. He is a human mutate. He didn’t get his healing powers naturally, he was given them through the dangerous and terrible experiments of the Weapon Plus Program. And accordingly, he is not a mutant. That means that Jonathan Hickman’s mutants of Krakoa and Deadpool are woefully separate.

That’s not to say that Deadpool isn’t having a good time being the King of Monsters. And a young, time-displaced Cable is learning about his strengths and limitations in an ever-changing mutant world. And though we don’t get to see them together, it’s that devoted fan-base that will certainly cheer them on until they’re back together once more. And then, who knows what sort of mischief they’ll get into?

What’s your favorite Cable and Deadpool moment? Let us know in the comments, and don’t forget to Let Your Geek Sideshow!