Captain Marvel: How Many Aliases has Carol Danvers Had? 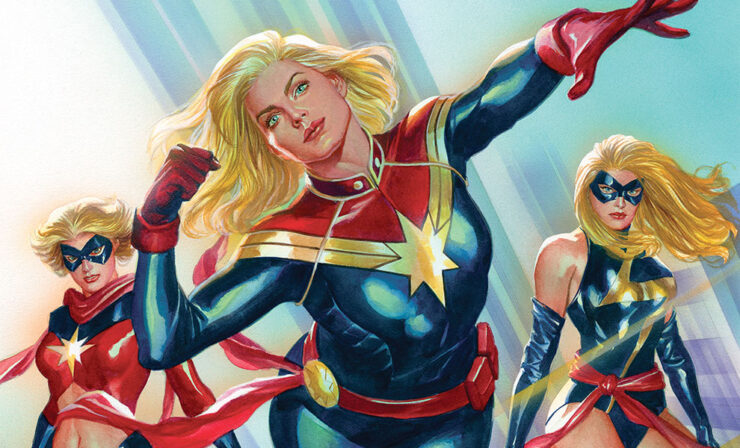 Carol Danvers was not the first person to wear the mantle of Captain Marvel, and she’s had many more identities and aliases than just Captain Marvel. She has had a complicated and fascinating history in Marvel Comics all leading up to who she is today — one of the mightiest heroes on Earth (and in the galaxy!).

Captain Marvel has used more crimefighting aliases than most heroes, so let’s look at the story behind just a few of them!

Carol Danvers was born to Joe Danvers, an officer in the US Navy, and Mari-Elli, a captain in the Kree Army. Carol’s name comes from the Kree word for champion: Car-Ell. Carol always had her eyes in the stars, wanting to be an astronaut and explore distant planets.

She joined the military to become an Air Force pilot (taking the call sign Cheeseburger in the comics, Avenger in the MCU) so that she could progress towards her goal and work at NASA. When she finally arrived there, she met a Kree soldier, Mar-Vell, pretending to be a human scientist, Dr. Walter Lawson. Mar-Vell was secretly the superhero Captain Marvel. 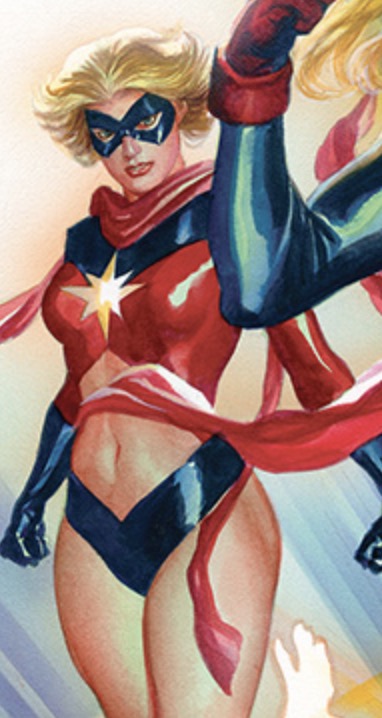 At NASA, Carol would work alongside the mysterious Dr. Lawson, and got into all sorts of terrifying and terrible situations just by being around him. Captain Marvel‘s rival, Yon-Rogg, put the Earth in danger countless times.

In one fight, Carol Danvers was exposed to the Psyche-Magnitron, a Kree device that could make imagination into reality. This released the hidden potential of her hybrid DNA, unlocking her super powers. She took on the role of Ms. Marvel and fought alongside Captain Marvel. 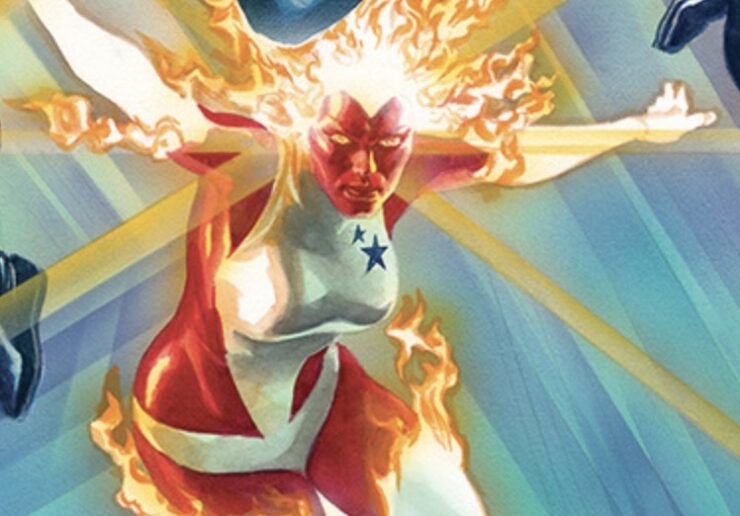 Ms. Marvel went through many trials and tribulations. One of the most notable was her fight with the mutant Rogue. Rogue absorbed Ms. Marvel’s powers and memories, leaving Carol Danvers lost and confused for many years. And though Professor X and the other X-Men helped her regain her memories, she was still powerless.

When an alien race called the Brood eventually experimented on her, she was able to pull limitless energy from a cosmic energy called a white hole. She took on the name Binary, and finally made her way into space with a group called the Starjammers. Her power was practically boundless and her adventures were incredible.

Eventually, Binary’s powers and her connection to the energy of the white hole faded. She was left with powers very similar to her original powers, but still with an ability to manipulate energy to varying degrees.

She decided to work with the Avengers for a time and took on the name Warbird, though it wouldn’t be long before she switched back to Ms. Marvel again, especially since she was wearing the Ms. Marvel costume.

Everything changed during House of M. Carol Danvers experienced a life where she rose to her potential as a hero and was dubbed Captain Marvel by Magneto himself.

Once she was “awakened” from the alternate reality, she wanted to be better. After Mar-Vell sacrificed himself to save the world she took on his name to honor his legacy- several others would take up the mantle first before she finally became Captain Marvel in 2012. She even hesitated at first to use the name too, but Captain America assured her she deserved it after all this time. 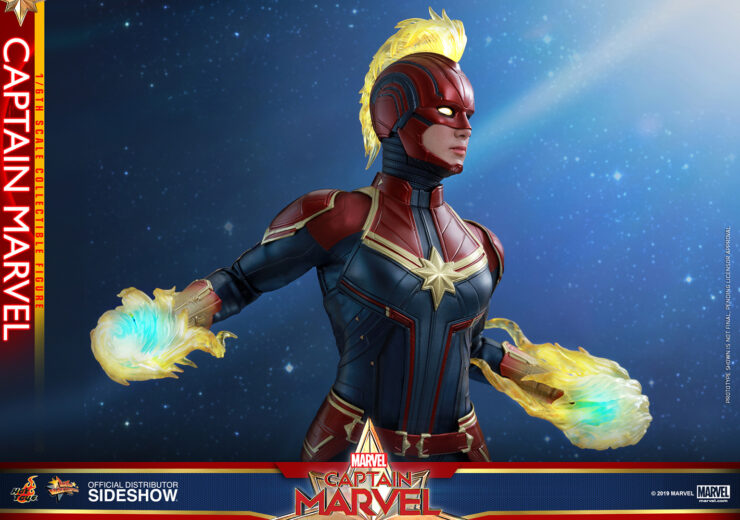 In the Marvel Cinematic Universe, Carol Danvers gets a brand new nickname, courtesy of an energy blast from the Tesseract causing a massive explosion. Through all the destruction, few things survived. Only a portion of Carol’s Air Force dog tags weren’t destroyed.

When she was found by Yon-Rogg, her only identification were the beat-up tags that read “Vers.” So for years, before she became Captain Marvel, that would be her name as a Kree operative of Starforce.

Which Captain Marvel alias is your favorite? Let us know in the comments, and don’t forget to Let Your Geek Sideshow! 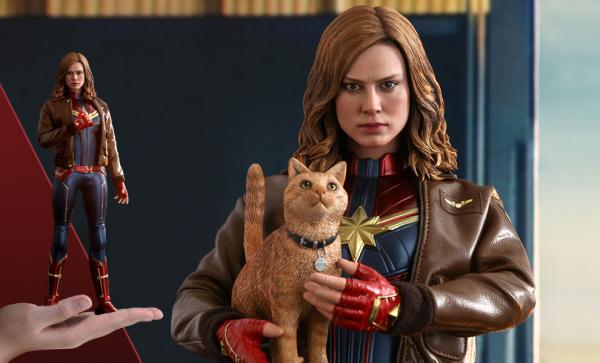