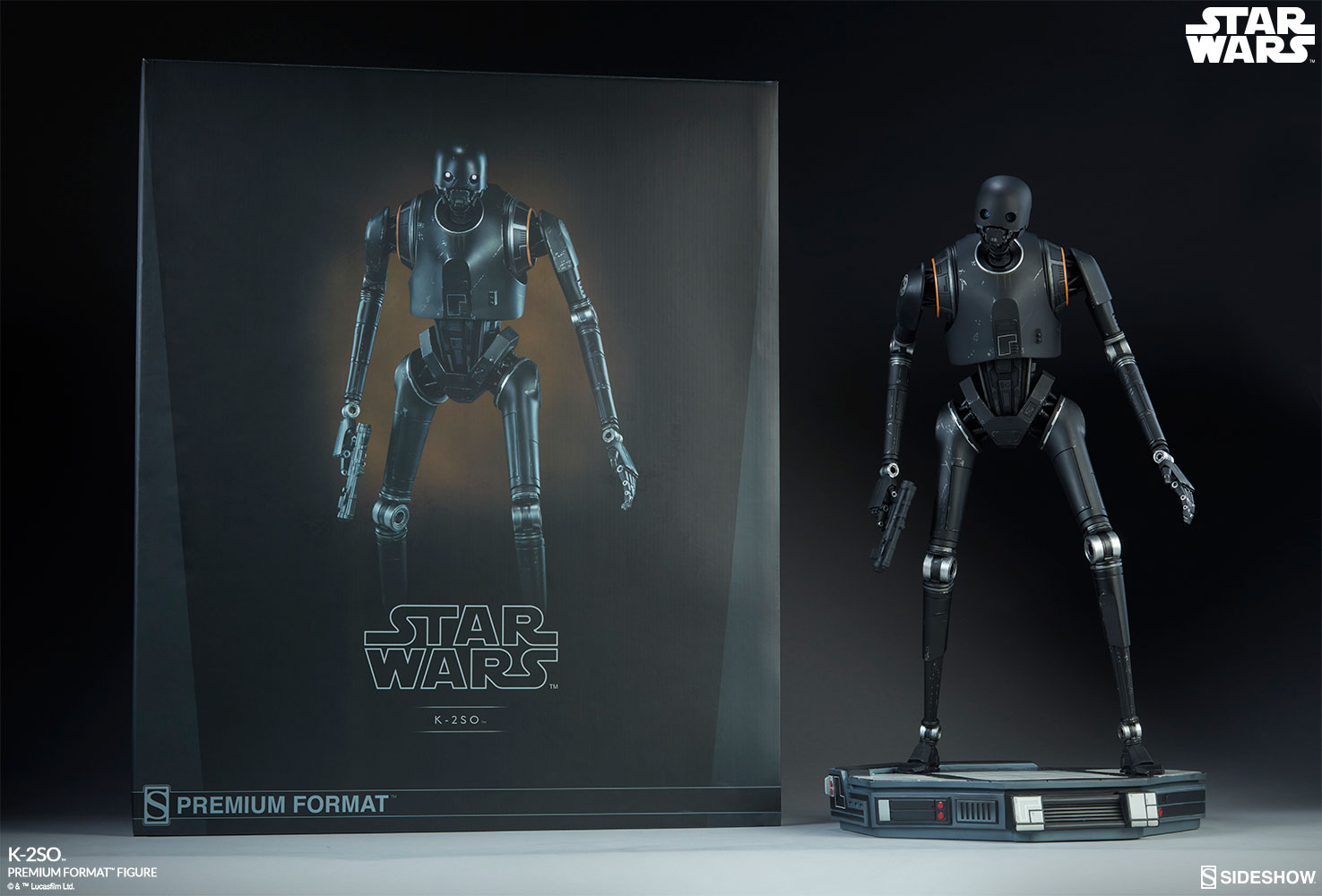 New photos of the K-2SO Premium Format™ Figure are here. The reprogramed Imperial Droid was made famous in the smash hit Rogue One: A Star Wars Story, Lucasfilm’s first standalone Star Wars film. Played by Alan Tudyk through motion capture, K-2So was the companion of Captain Cassian Andor who helped the Rebel Alliance steal the plans of the Death Star. 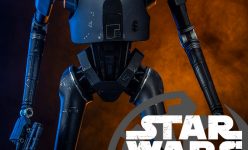 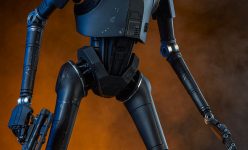 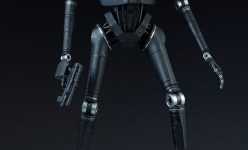 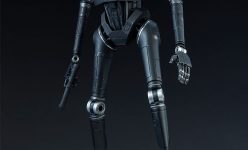 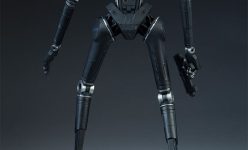 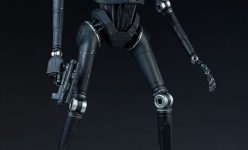 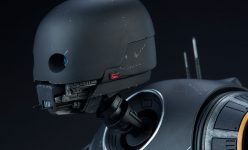 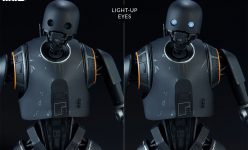 The K-2SO Star Wars collectible measures 22” tall, standing atop a Citadel Tower themed base. His black external armor is visibly weathered and detailed to recreate the battle damage this droid has received during his service to both the Empire and the Rebellion. He is painted with red and yellow details on his shoulders and technical panels and has the logo of the Empire emblazoned on his shoulder. 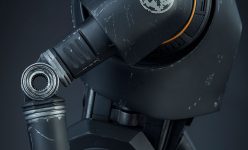 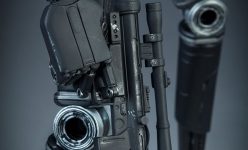 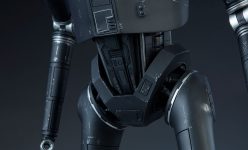 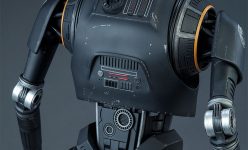 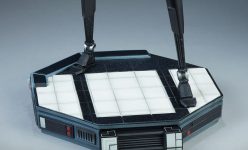 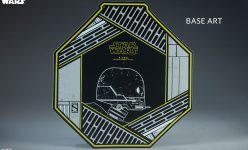 This Premium Format™ Figure is mixed media, featuring metal in K-2SO’s legs, which steadily support his unique gait. He is also outfitted with intricate pistons and gears in his various joints that allow you to observe K-2SO’s complex construction. The impressive imperial droid also features light-up eyes in his portrait, allowing you to display him with an ‘activated’ look. 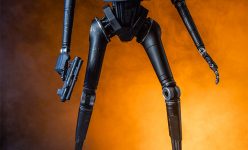 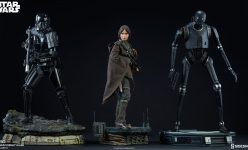 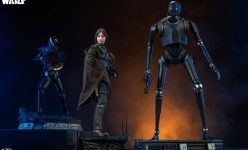 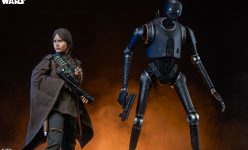 Battle for Thundera with the ThunderCats Premium Art Print!