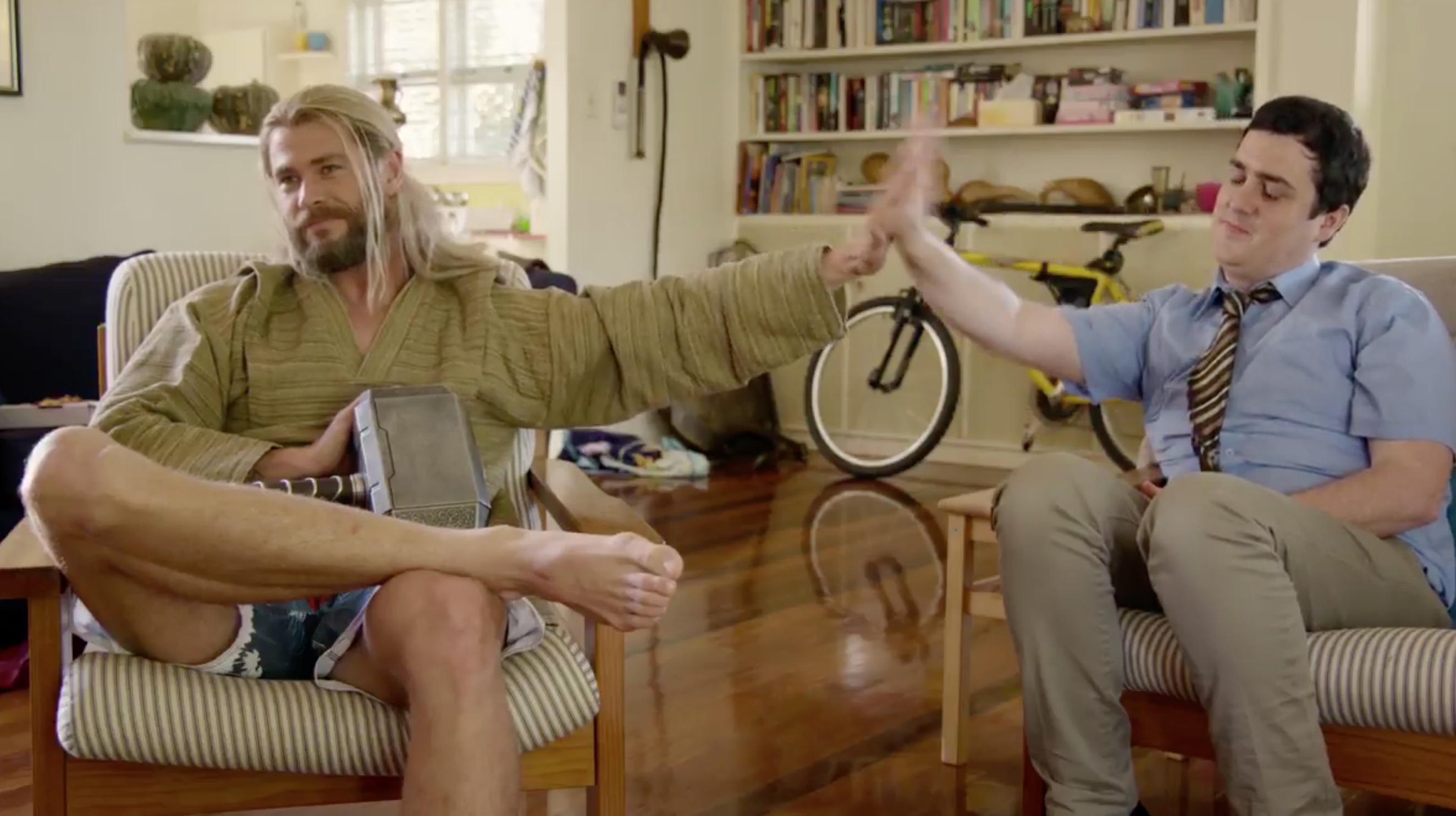 Marvel just debuted another extra from the upcoming release of Marvel’s Captain America: Civil War releasing on VOD and DVD/Blu-Ray next month.

Civil War: Team Thor explains what Thor was up to and why he wasn’t in the movie. It seems he’s been hanging out with Darryl Jacobson and taking a break to give back to the community.

This mockumentary, directed by Taika Waitit (Thor: Ragnarok, What We Do in the Shadows) also gives us a peek into what Bruce Banner’s been up to and delves deep into the numerous ways Thor occupied himself as he was waiting for a raven from Tony Stark.

See what Thor was up to during #CaptainAmericaCivilWar! Get this & other bonus on Dig HD 9/2 https://t.co/tWbG2IIs9h pic.twitter.com/M97y6CM1Mg

It raises some very important questions about Infinity Stones and why Bruce Banner always ends up in cutoffs as The Hulk.