Claws for Concern- A List of Wolverine’s Best Kills

He’s the best at what he does, and what he does isn’t very nice.  Logan, the final chapter in Fox’s Wolverine movie saga, ripped its way onto screens this weekend, bringing with it plenty of R-rated Adamantium action for theatergoers to enjoy.

Wolvie has never shied away from making the tough calls- and the tough kills.  As a member of the X-Men, he has one of the bigger body counts in all the Marvel Universe, and in this latest adventure, Hugh Jackman teams up with X-23 to tear through some bad guys one last time on film.  Besides countless security thugs and Weapon-X Program staff, Wolverine has taken on tons of notable foes and left quite a trail of blood behind him.  In honor of some serious cinematic SNIKTs, today were sinking our claws into some of Wolverine’s best comics kills, bub! 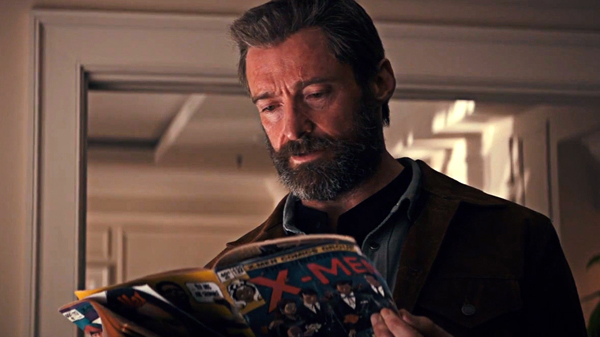 In the dark future of Old Man Logan, Wolverine finds himself in a vision of apocalyptic America that has been conquered and divided by some of Marvel’s most notorious villains.  Living with his wife and two young children, Logan has to protect his family from the notorious Hulk gang, the evil offspring of Bruce Banner and his cousin Jennifer Walters who act as landlords in the territory that used to be California.

After the demented Banner has Logan’s family murdered because he longs to fight the Wolverine like the “old days,” the two old men duke it out in a dangerous fight where Bruce transforms and Logan returns to his old heroic persona.  During the battle, the Hulk swallows Wolverine whole.  Logan’s healing factor allows him to regenerate while inside the Hulk’s stomach and he ends the ordeal by brutally cutting his way out from the inside. 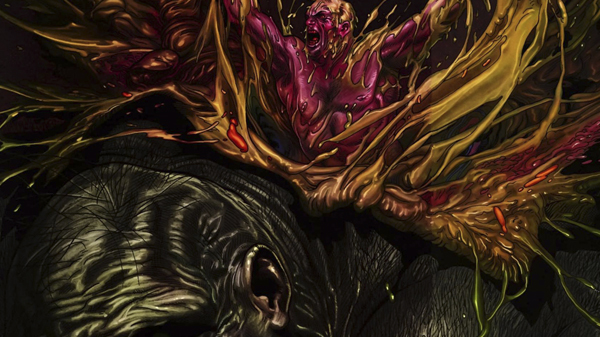 After joining the Dark X-Men group along with notables like Namor and Weapon Omega, Mystique poses first as Professor X and then as Jean Grey to lead the team under Norman Osborn’s careful watch.  Injected with nanites, she had to follow his directions carefully or else be turned into a living bomb.  With this team, Mystique was responsible for sending Wolverine’s soul to hell.

When Logan returns to life, he comes back for revenge on Raven Darkholme and hunts her down with the help of Lord Deathstrike.  When they finally catch up to Mystique, Wolverine runs his claws through her and kills her, and her body is auctioned off by Lord Deathstrike.  Agents of the Hand purchased her corpse for five million dollars, resurrecting her with a special ritual. 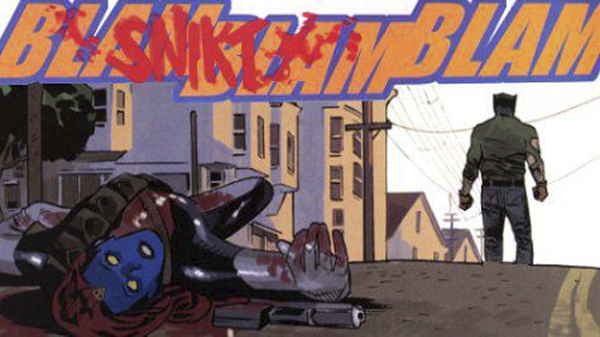 Victor Creed is a powerful enemy of Wolverine who matches him in ferocity, regeneration, and superhuman prowess, and over the years he has proved a ruthless mirror image of the heroic mutant.  Their rivalry was long and personal, as Sabretooth killed people Logan loved and annually beat the hero within inches of his life as a birthday present.

Tracking his foe to the Canadian wilderness, Wolverine took an enchanted sword, called the Muramasa Blade, to finish the fight once and for all.  The blade, infused with some of Wolverine’s soul, had the supernatural ability to cancel out regenerative healing powers.  Because of this, when Wolverine sliced off Creed’s arm, it would not reattach.  Logan finished the fight by decapitating his opponent and leaving his body in the snow. 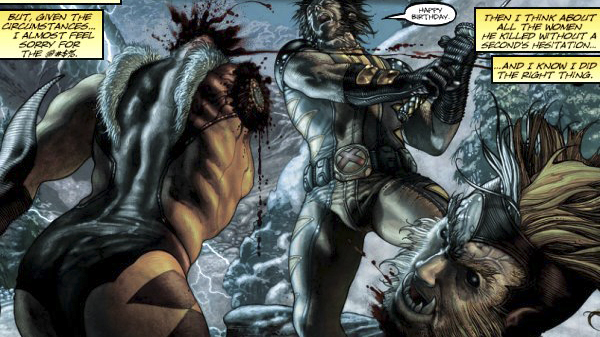 Daken was the son of Wolverine and his Japanese wife Itsu.  Itsu was killed by the Winter Soldier in 1946, and the mutant child, who had his father’s healing powers, was taken by Romulus and given to another family.  His new parents did not feel much love towards him, and he was a violent child.

Eventually, Daken appears in Wolverine’s life as a destructive and dangerous force.  First, he joins the Dark Avengers under the Wolverine codename, and then he leads a new version of the Brotherhood of Mutants.  Eventually, Logan and his son face off and while he wishes he could have done more to protect the boy, the true Wolverine has to drown the boy to finish the fight. 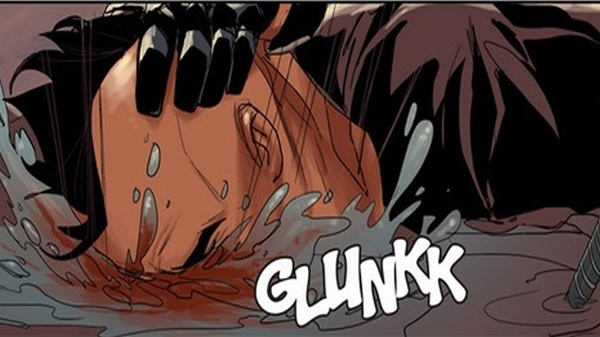 Thomas Logan was the groundskeeper of the Howlett plantation in Alberta, Canada in the 1880’s.  James Howlett was the sickly second son of the estate owners, and as a child he was friends with Dog Logan, the son of the groundskeeper.  As it turned out, James was the child of Elizabeth Howlett and Thomas Logan, resulting from a long affair.

When the Logans were removed from the estate, Thomas confronted Elizabeth and asked him to leave with them.  In a confrontation with John Logan, the former groundskeeper fired his shotgun and killed the man.  Because of the stress of witnessing this, the young James’s mutant abilities manifest, and with his new bone claws he kills his biological father.  After making his first kill, the young boy who would become Wolverine runs away from his home towards a new life. 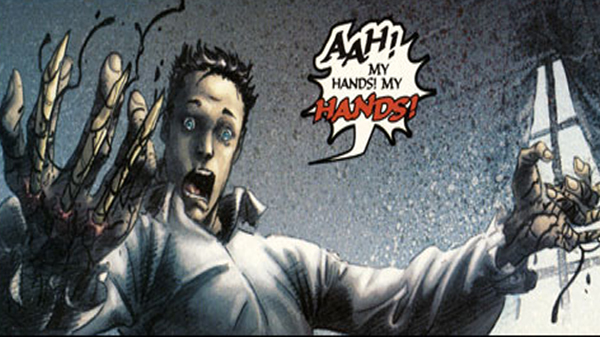 James Howlett runs away from his former life after his mutant powers manifest in his childhood.  Leaving his parents behind, he escapes with his friend, an orphan named Rose O’Hara who looks incredibly similar to Jean Grey, a mutant who Wolverine would eventually fall in love with.  James finds that Rose is one of the few people who truly accept him for what he is.

Eventually, the two cross paths with Dog Logan and find that he is seeking revenge for the death of his father.  The two young men get into a violent struggle, and in her attempt to help break the fight apart, Rose is stabbed by Wolverine’s bone claws.  She dies from the injury, and James once more flees, this time into the forest away from society, overwhelmed by his grief at killing a dear friend. 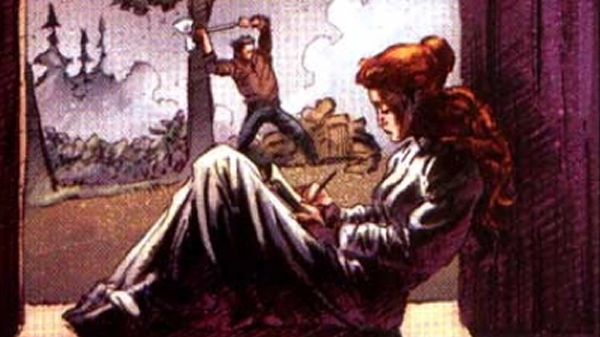 Not every one of Wolverine’s kills has been in cold blood.  Occasionally, he commits a mercy kill in a show of compassion, no matter how strange that may seem.  When a new mutant’s powers cause him to emit a lethal poison that burns everyone in close proximity to him, Logan has a hard choice to make.

The unnamed mutant boy flees to a cave in order to avoid accidentally killing any more people than he already has- a terrible, accidental 265 deaths.  Because of his regenerative powers, Wolverine is able to approach the boy without harm.  In the cave, the two share a beer and have an emotional conversation before Wolverine kills the teenager in order to save others and ease the boy’s guilt.  In the morning, Wolverine leaves the cave alone. 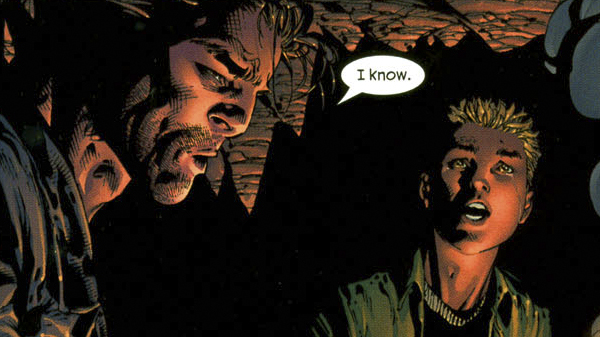 True to her codename, Jean Grey, also known as Phoenix, has risen from the ashes many times over the course of her comics history.  Unfortunately for Wolverine, this means that he has had to kill her multiple times, despite his deep love for her.

In X-Men: Last Stand, Logan has to fatally stab her to save everyone from the overwhelming Phoenix Force.  In the Planet X storyline, Jean and Wolverine are trapped on Asteroid M, which is hurtling towards the sun.  So she doesn’t have to suffer, Logan stabs her and kills her.  Because of her connection to the Phoenix Force, though, Jean keeps resurrecting, and as a result, Logan has to kill her over and over for the greater good. 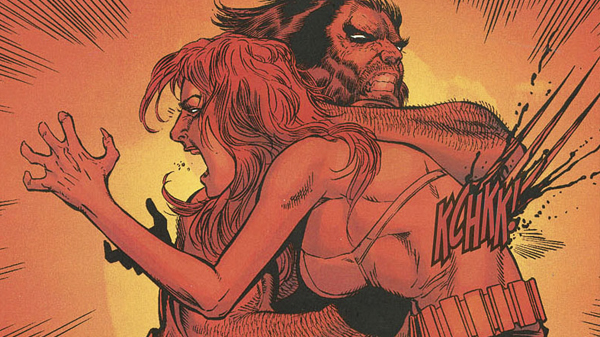 Of course, these are only a few names on the extensive list of lives Logan has taken.  Thanks to his regeneration powers, he’s even tougher to take down than his enemies, getting back up after the most grueling of battles. Logan shows Hugh Jackman ripping into the action for one last time, and in true Wolverine style, the movie adds to the kill count as enemies get kebab-ed on Adamantium claws.

Being the best at what he does might be brutal, but beneath his grizzled exterior, Wolverine tries to protect the innocent by taking out the bigger threats.  Just watch yourself when the claws come out, bub.  You don’t want to be on the wrong end of a serious SNIKT.

Sideshow has you covered for all your Logan / Wolverine figures and statues. Build your collection!