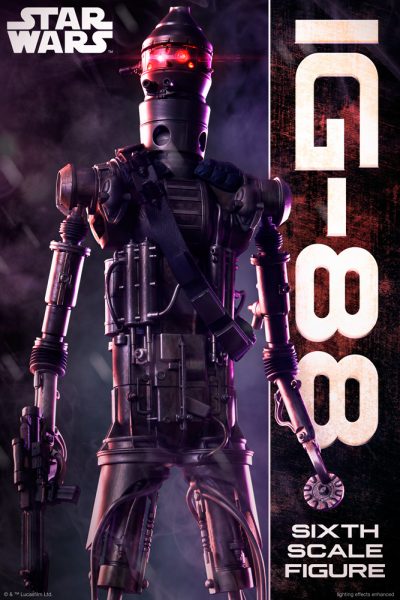 The armed and deadly droid has a production gallery update- check out these new photos of the Star Wars collectible IG-88™ Sixth Scale Figure! 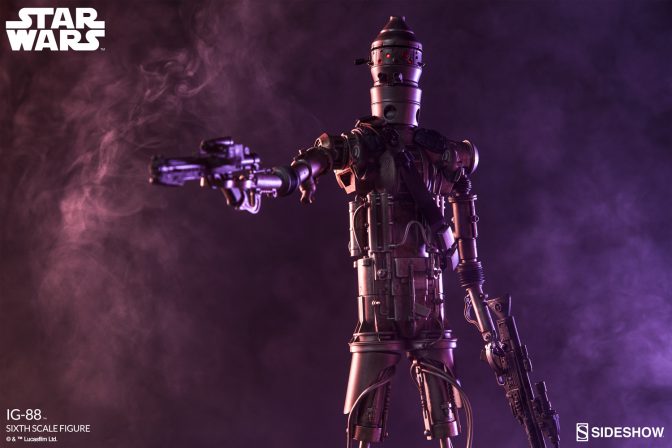 One of the well-known bounty hunters in the Star Wars galaxy, IG-88 is an assassin droid secretly produced by Holowan Laboratories.  He went rogue after realizing his deadly skill, and became a notorious and dangerous hunter who used blasters and grenades to take down his targets. 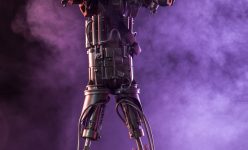 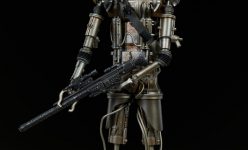 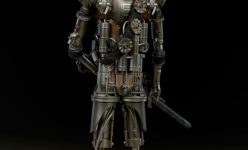 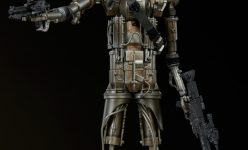 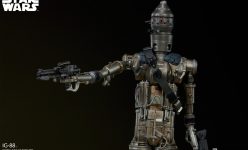 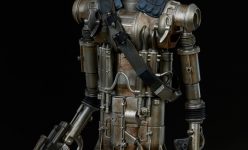 The IG-88™ Sixth Scale Figure has a movie-accurate paint scheme and a highly detailed body with fully functional extendable legs.  IG-88 has a light up feature in the dome of his head to illuminate his red eyes. 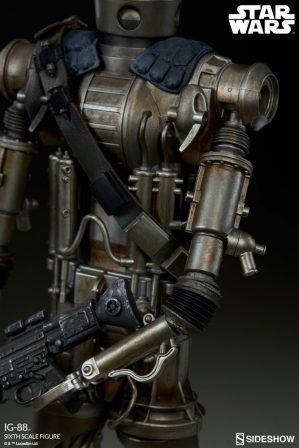 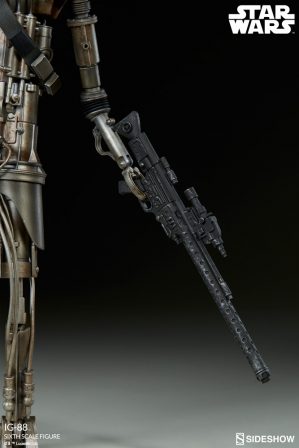 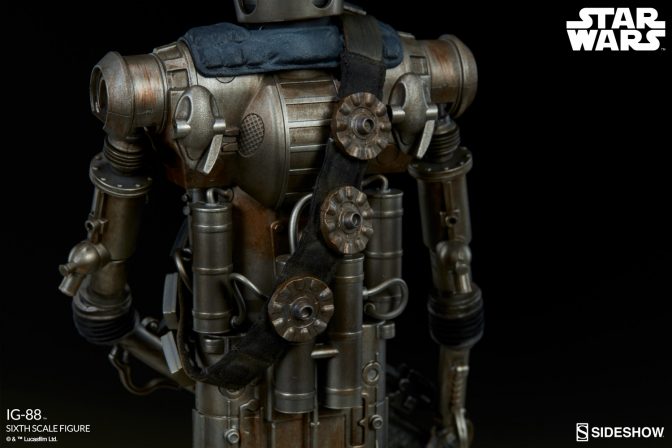 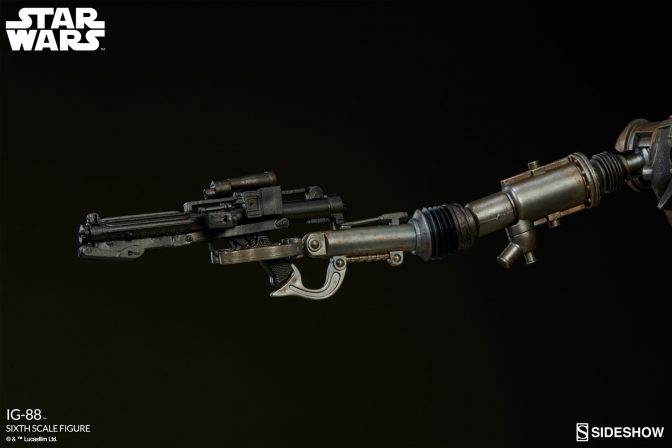 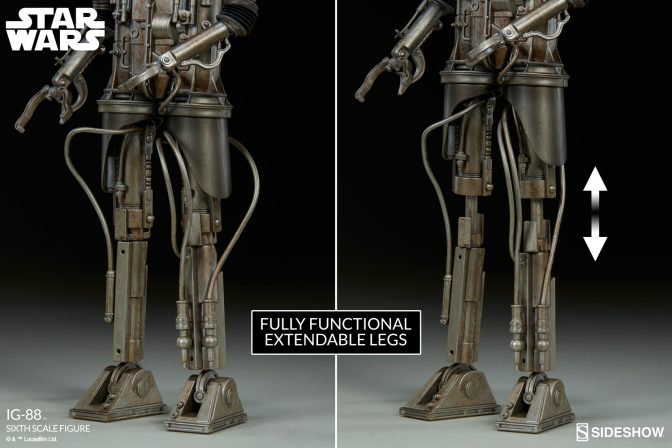 The figure includes 3 newly sculpted concussion grenades, a fabric bandolier, a BlasTech E-11 Blaster, and a BlasTech DLT-20A Blaster Rifle.  He also comes with a hexagonal display base. 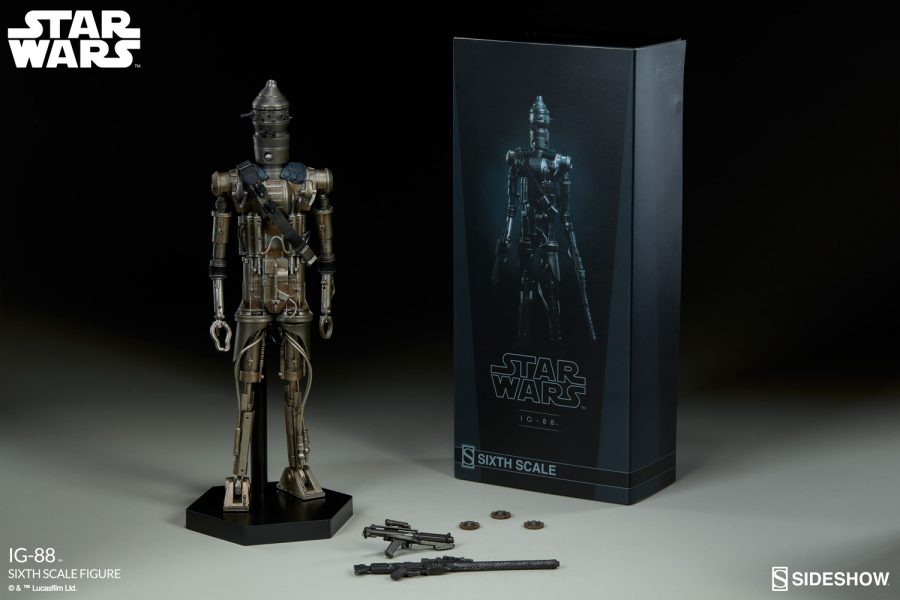 This dangerous droid will be deploying on his next assignment soon- be sure to hire the IG-88™ Sixth Scale Figure for your collection!  And be sure to check out Sideshow’s collection of the galaxy’s deadliest bounty hunters to complete your Star Wars galaxy of collectibles. 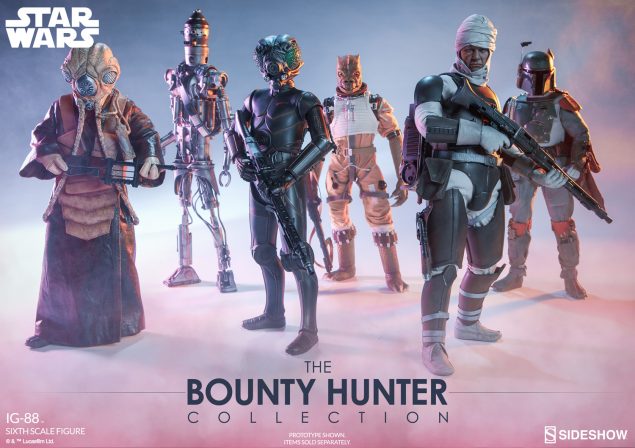 Are You Ready to Defend? One Week Until Marvel's The Defenders is on Netflix!

Superpowers You Didn’t Know Groot Had