Next in his ‘Hands On‘ figure review series, Tony ‘G-Man’ Guerrero of ComicVine.com takes a closer look at Sideshow’s Man of Steel…er, plastic?

It’s the holiday gift-giving season and while the holidays are quickly approaching, there’s still so many cool things to look at. You know when you see the words Sideshow Collectibles attached, you’re going to see some cool things. This time, we’re going to look at the Superman Sixth Scale Figure. 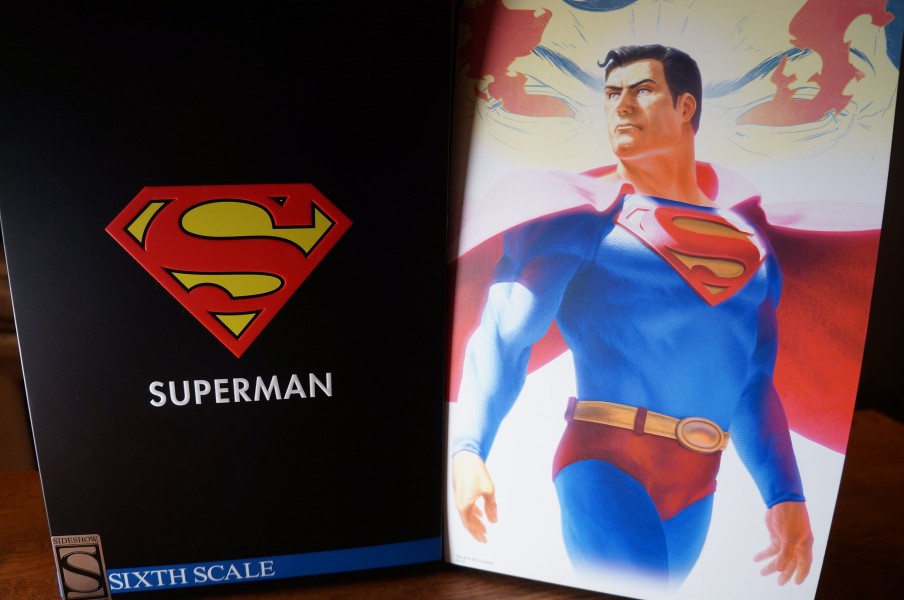 Sideshow has a variety of different Superman figures but what’s fantastic about this is it’s classic Superman. Seeing the classic costume makes you realize how much you miss it. This figure comes with a bunch of accessories. First of all, there are three different heads, several hands, two capes and a stand. The cape you see here is the posable one. You can bend the edges to add some wind effects. 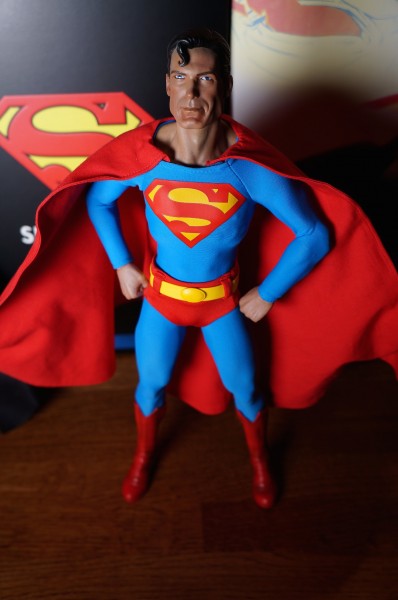 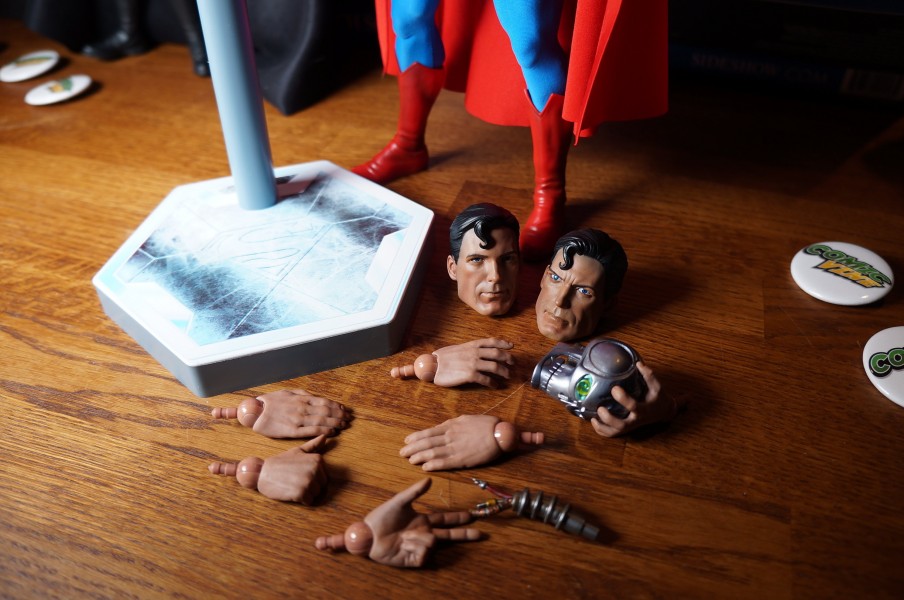 There is an incredible amount of detail in the costume. You can see the threads in the costume and that emblem just looks so brilliant. The back of the cape has the plain yellow emblem. As it should. 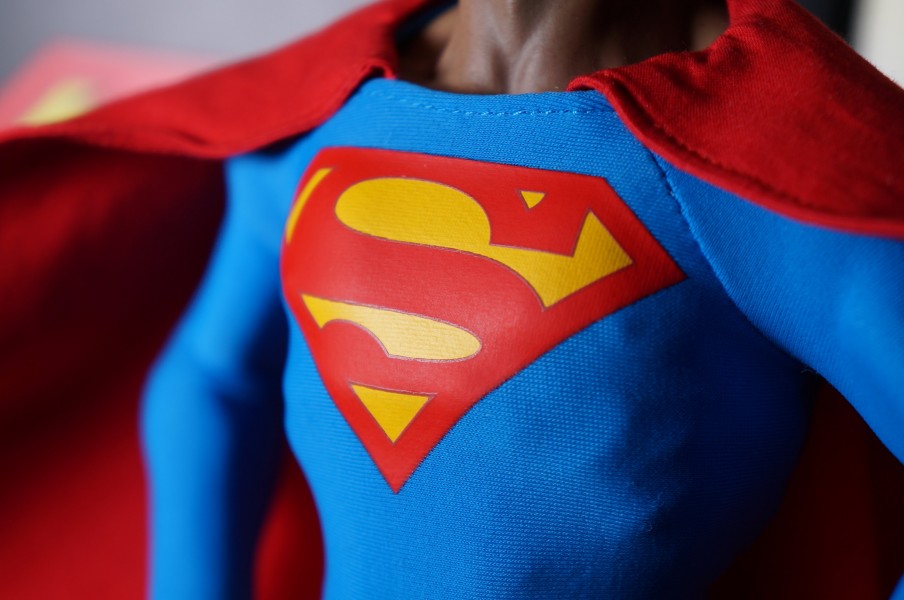 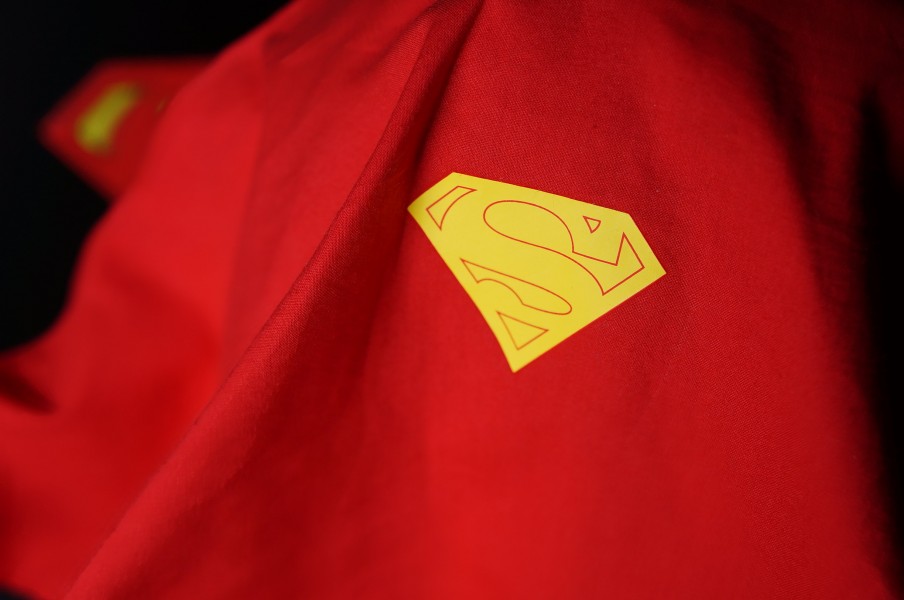 This is also the Superman with the red shorts. There’s a lot of detail in the belt. It has an almost leather feel to it and the belt is a hard plastic. The boots are hard plastic as well. Also, make sure you don’t stare at Superman’s red shorts for too long. It makes him a little uncomfortable. 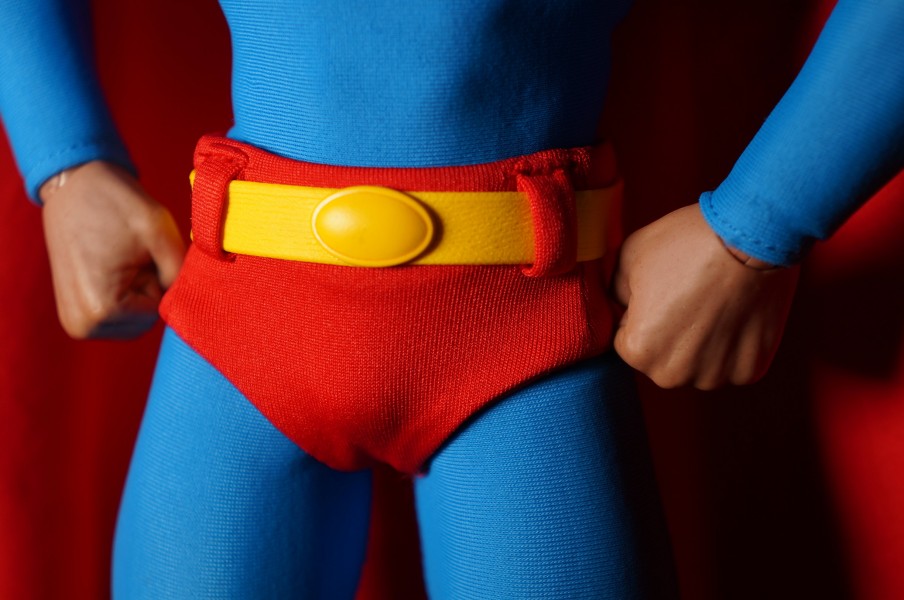 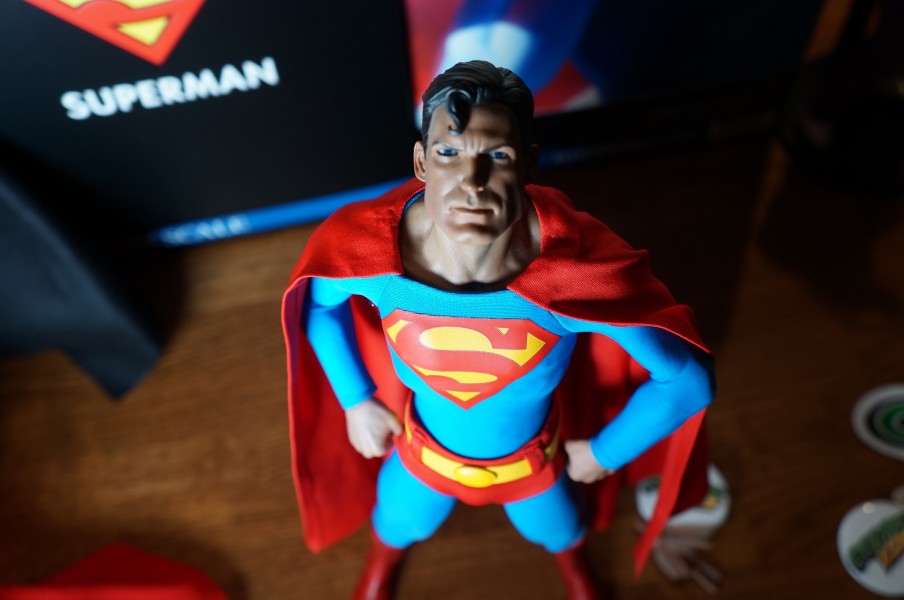 The first head was his happy/friendly face. This is his more serious one. It’s great for those poses where you make Superman ponder about life’s mysteries. The third head has Superman about to unleash his heat vision. Seeing the wisps of his heat rays coming out is pretty cool. 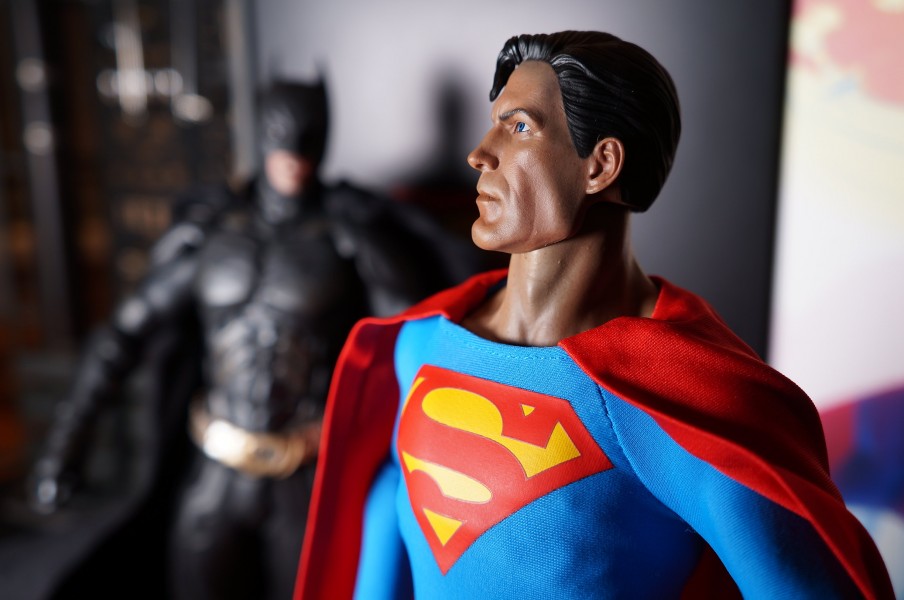 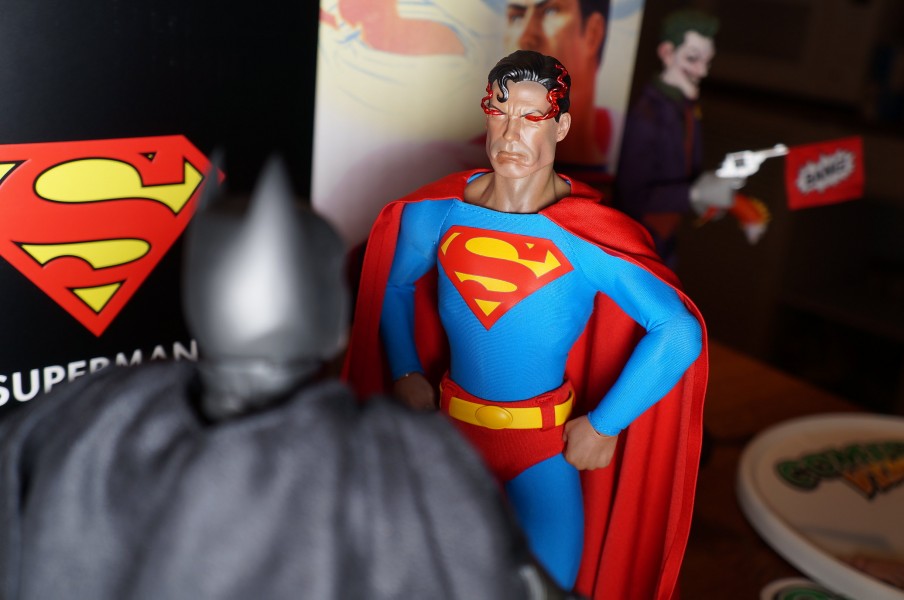 With the stand, you can raise him up to put him in a flying position. You can have him standing or flying. Also, interchanging the hands gives you more options. Thumbs up Superman is a nice touch.

In one of his hands, he’s holding Metallo’s head. (For some reason, in the video, I called him Brainiac. I guess I have the upcoming CONVERGENCE on my brain). That little piece of machinery snaps into the head. The jaw also opens and closes. You’ll almost feel sorry for Metallo. Almost. 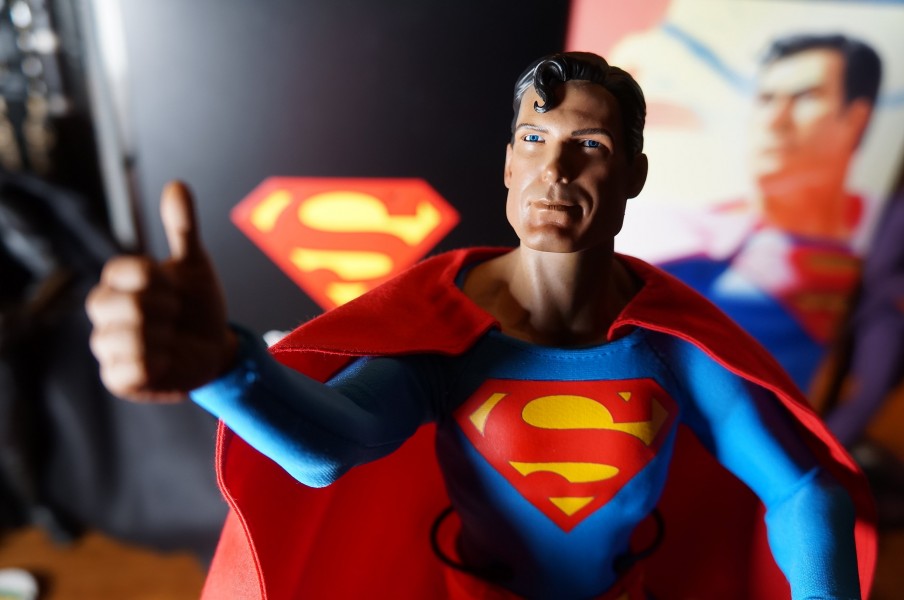 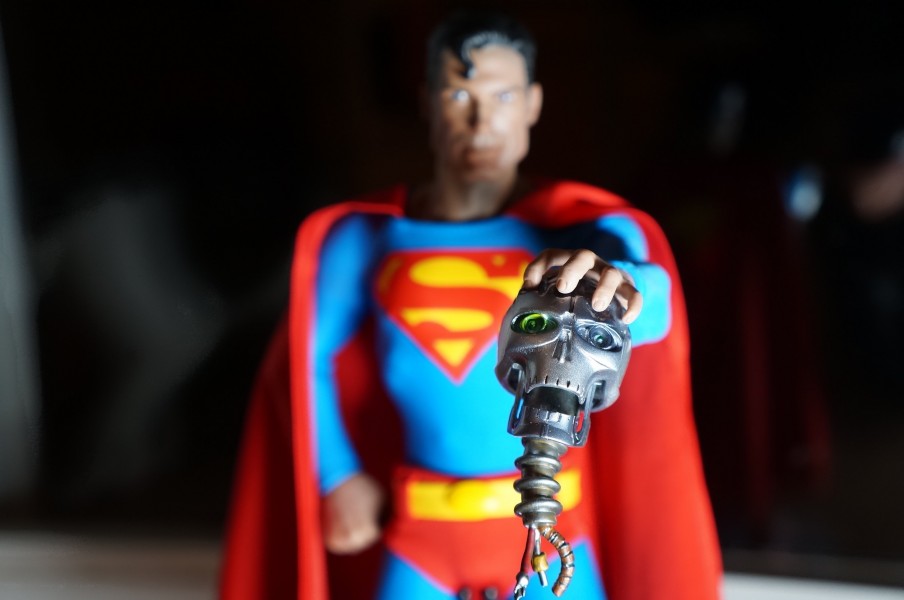 I was impressed with the figure when I first saw him on Sideshow’s website. Actually seeing and getting a closer look really sold him on how great of a figure this is. You just might believe a toy could fly. If you’re a Superman fan or know of any, this is a great figure to have. The classic costume might feel a tiny bit outdated now since we’ve had the new one in comics since 2011, but it’s still a classic. The detail in the figure is phenomenal.

Read the full review and see more pictures on ComicVine.com.

What, you thought he was dead? – Snake Plissken Sixth Scale Unboxing Photos