Those of you already familiar with Sideshow’s Court of the Dead will recognize some familiar faces here. However, if you’re just learning about Court of the Dead and our upcoming video game, Underworld Rising, then this is your opportunity to meet them and learn a bit more about the Underworld and its denizens. The power behind the Faction of Bone is Xiall, the Chancellor of Osteomancy. It is neither ego nor arrogance that drives the cold and calculating Xiall. No, it is purely logic. Every move the Chancellor makes is part of a deeper plan – but a deeper plan conceived by whom? 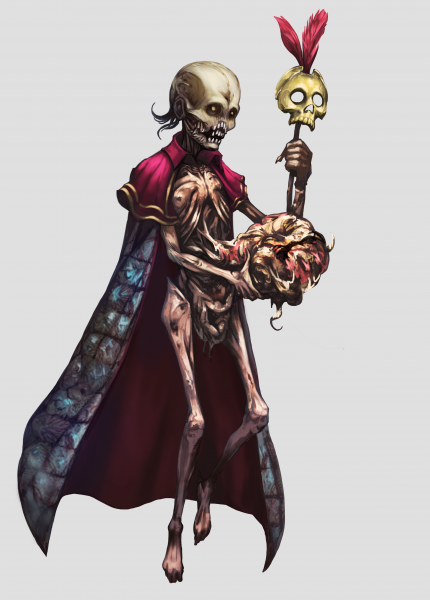 In the dim recess of Avarkus’ mind he recalls his mortality. The hunger… the cravings to partake of the excesses of mortality is always in the tormented mind of Avarkus. And so he drifts between the realms, driven to forever seek out the those corrupted by greed and claim their souls as his own. Beautiful and flawless to behold, this resident of the shadow realm glimmers like a jewel in the darkness. But be warned – the Queen of the Dead’s countenance is naught but a distraction. Her mercurial mood and unfettered ambitions make her a dangerous and volatile player in Death’s Court, one whose loyalty to her king is often questioned… but only in the most terrified of whispers.

Stay tuned for even more updates and reveals as we countdown to October 3!