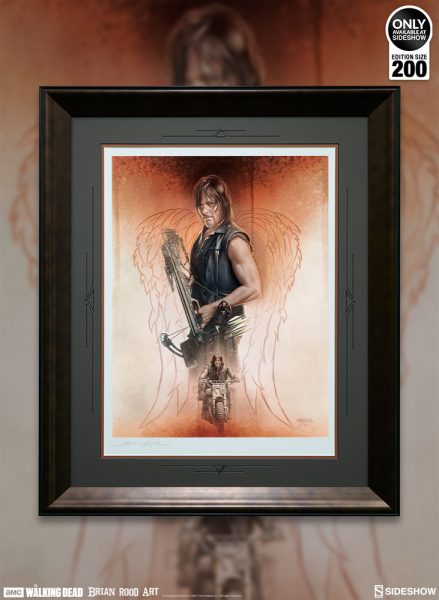 Sideshow is proud to present The Drifter Fine Art Print by Brian Rood, an officially licensed print from AMC’s The Walking Dead.

“I’ve been a big fan of The Walking Dead since the first episode. I remember the buzz about the first season at San Diego Comic Con, and it was unlike anything I had ever seen for a new TV show. I had heard of the comic, but I did not have a chance to get into it prior to the debut of the show. I’ve since enjoyed both forms of the story- I enjoy seeing the twists and differences between to the two,” Artist Brian Rood explained.

The Drifter depicts Daryl Dixon, the volatile and skilled tracker portrayed by actor Norman Reedus for the hit zombie television series. Seen in the foreground with his trusted motorcycle, Daryl rides out over the bleak expanse of the South as a lone survivor. The larger portrait of Daryl is framed by his iconic wings, against a background of earthy red tones evoking the isolation of the apocalypse. 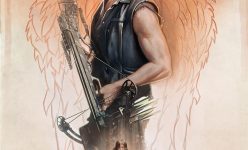 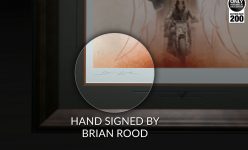 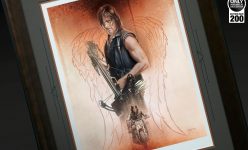 Brian Rood added, “I really wanted this art to have a classic, almost desolate, western feel to it. Daryl is such a great character for this world… it’s as if the zombie apocalypse has made him a far better person than he would have ever been in normal society.” 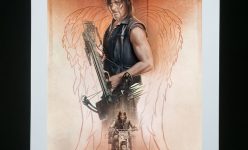 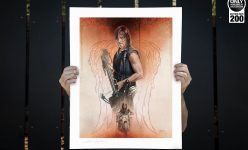 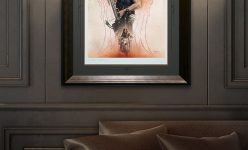 Each Fine Art print of The Drifter is hand-signed by Brian Rood as a part of the numbered edition of 200. Don’t let this one drift away from you- The Drifter Fine Art Print is a must have for fans of The Walking Dead!

Brian Rood is a professional illustrator working throughout the entertainment industry. He is most known for his extensive amount of work for the Star Wars franchise. He has spent the better part of the last 22 years working primarily for the entertainment industry and a large portion of that time in a galaxy far, far away… His work for the Star Wars collectible franchise can be found on everything from fine art reproductions to the illustrated storybooks for Lucasfilm/Disney publishing. He has spent the last several years creating over 600 new illustrations for current and upcoming projects for Lucasfilm/Disney publishing and licensing. Brian’s artwork has been commissioned and used by dozens of licensors for all forms of merchandise and key art for dozens of iconic properties ranging from Marvel to Marilyn Monroe. He is currently a license holder with AMC and is creating the first ever exclusive fine art line for “The Walking Dead”.

When he’s not in his studio creating artwork for new projects, he travels the world attending and participating in various Comic-Cons and gallery events. Brian says that, “Working throughout the entertainment industry is a dream come true. This is the perfect time to create artwork like this for a living. The entertainment culture is so rich right now with amazing properties like The Walking Dead, I still can’t believe I get to paint superheroes, Jedi, and zombies for a living….” When he’s not busy creating new artwork, he is spending time with his wife and two children in Southern Michigan.