While Logan continues to win over audiences and critics and earn Fox a considerable amount at the box office, the inclusion of a Deadpool  sequel teaser featuring Ryan Reynolds ahead of the film has left many fans equally excited to talk about Deadpool 2. The teaser was a fun reminder of what made the first movie so great and even packed in a number of Easter eggs for fans. What’s more, it reminded everyone that Cable will be joining Deadpool in the new movie. Deadpool creator Rob Liefeld has said the character will blow our minds once we seem him, so speculation has turned to who might play the time-traveling mutant.

At this point, it’s anyone’s guess, as names like Pierce Brosnan and Russell Crowe have been floated. Meanwhile, another mutant will be joining the movie in the form of Domino. A mercenary with luck-based powers, there have been just as many rumors about who will play her as Cable. For awhile, Kerry Washington seemed like a lock. Yesterday, however, there was a brief moment where it seemed Hidden Figures star Janelle Monáe would get the part (before Deadpool 2 writer Rhett Reese shot the rumor down). Now, we finally have an official confirmation.

Out of nowhere, Ryan Reynolds took to Twitter with an image of some dominos with dots spelling out the name Zazie Beetz. For fans of FX’s Atlanta or Netflix’s Easy, you’ll be familiar with the actor. While she may not have been a rumored frontrunner, her work on Atlantaalone has gained her plenty of praise as it’s one of TV’s most acclaimed shows. She’s also young enough that Fox will be able to lock her into a multi-picture contract, ensuring she can show up in sequels and spinoffs.

It’s an unusual way to announce the casting of a major character for a blockbuster film, but expect some sort of official word to follow swiftly. Part of the success of Deadpool as a potential franchise has been Reynold’s persistence and his social media following. When you consider that, the unorthodox method of revealing Beetz as Domino makes a certain kind of sense.

We learned yesterday that the upcoming X-Force movie would indeed star Deadpool and Cable, as the two are often on the team in the comics. With Domino now officially part of the X-Men universe, the assassin is likely to join their ranks as well. Meanwhile, Daredevil and The Martian writer Drew Goddard is helping on the script for the Deadpool sequel, which will hopefully elevate the material even further. Now, all that’s left is to wait for an official announcement on who will play Cable and find out if Patrick Stewart will get his wish of a Professor X cameo in Deadpool 2.

That’s right, Sideshow’s very own 1:6 scale spin on the Merc with the Mouth seems to be causing chaos around the office! 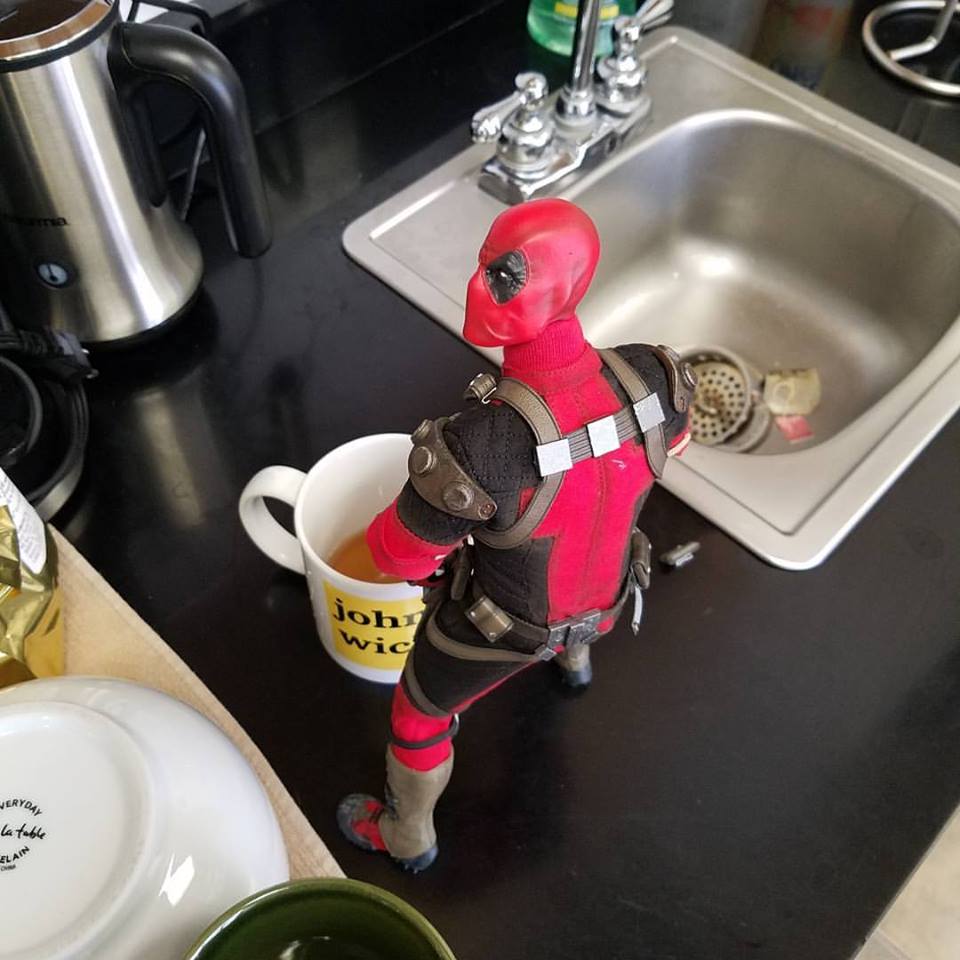 Stahelski and Leitch have created some of the coolest action sequences in popular culture, including The Hunger Games, Iron Man 2, The Avengers, Captain America: Civil War, Wolverine and of course, John Wick.

With Leitch at the helm for Deadpool 2, we’re sure the action and excitement will reach all new levels of insanity! We’re honored that they like our work, and that a little mini Wade Wilson is lurking behind the scenes!