Revealed in an article from The Hollywood Reporter, Deadpool 2 has finally found its time-traveling mutant Cable.  Josh Brolin has been cast to co-star with Ryan Reynolds in the sequel to 2016’s superhero action film about everyone’s favorite Merc’ with a Mouth.  Not only that, but Brolin has been contracted for four films with Fox Studios.

He is already no stranger to Marvel movies, previously cast as the highly-anticipated mad titan Thanos in the upcoming Avengers: Infinity War directed by the Russo Brothers for Marvel Studios.  In Deadpool 2, he will be taking on the role of mutant Nathan Summers, known as Cable, who is the adult son of Scott Summers from the far future. 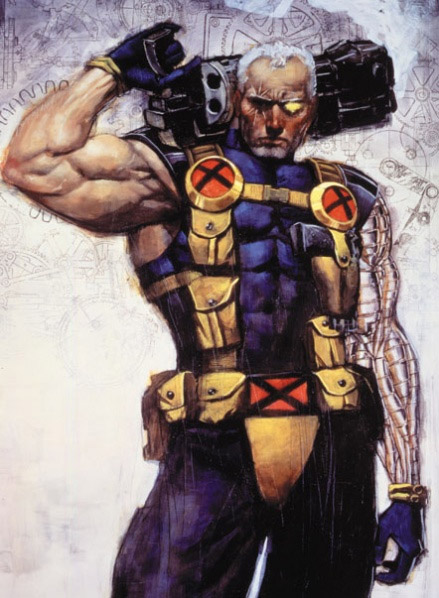 Cable was co-created by Rob Liefeld and Louise Simonson, and acts as a foil to Deadpool’s wise-cracking mercenary nature.  Cable is a natural leader who is used to giving orders.  He is known for violence, but is much more disciplined than Deadpool, and is fighting to create a better future.  His mutant abilities include technopathy and extreme marksmanship.  It is currently unknown which of his powers he will use in the film, but audiences are already looking forward to seeing the legendary mercenary team-up on screen.

Josh Brolin will join Ryan Reynolds as Deadpool and Zazie Beetz as Domino when Deadpool 2 premieres in 2018.  Oh yeah, it’s gonna be sweet.

For all your Merc’ with a Mouth merch needs, Sideshow has you covered like Deadpool’s mask covers ugly.  Check out our selection of regenerating degenerates in Sixth Scale, Premium Format, even Life-Size, and then be sure to break out the chimichangas to celebrate!