This week 20th Century Fox debuted the final trailer for Deadpool 2, featuring the assembly of the Merc with a Mouth’s super-duper group of mutants called X-Force.  Tickets for the film also officially went on sale, so fans can grab their seats after checking out this action-packed look at the film:


The X-Force Roster is a colorful bunch, and membership doesn’t prove to be too exclusive- take it from Peter, a seemingly normal man who just saw the ad and showed up.  Now that’s maximum effort!

Just who are some of the strange mutants starring in the film?  Take a look at our mutant who’s-who below, and get ready to see the Merc with a Mouth on screens again soon. 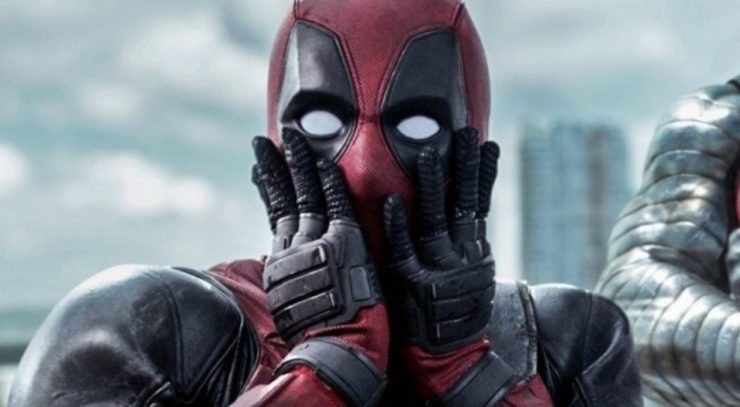 C’mon.  It’s Deadpool.  Star of the film- ring any bells?  By now, you should be familiar with this infamous mutant and his powers, but just in case-

Wade Wilson is a mutant mercenary with an accelerated healing factor and extreme physical prowess.  These powers were artificially given to him as a part of the Weapon X program, and the powers scarred him as he suffered from a form of cancer.  He’s known for breaking the fourth wall constantly, and his constant talking annoys everyone in the Marvel universe.

Domino is a mutant known for her powers of luck.  Her real name is Neena Thurman, and she was born into a secret government program to create the perfect mutant weapon.  She subliminally and psionically can generate random telekinetic acts that affect probability in her favor, making her appear to have “good luck” in battle.

Her powers are mostly triggered in stressful and dangerous situations, but she cannot overcome impossible odds, and Domino has to more or less ‘participate’ in the event that is being influenced.  Actress Zazie Beetz will portray Domino in Deadpool 2, who is teaming up with X-Force thanks to her skills as a mercenary.

Nathan Summers, known as Cable, is a time-traveling mutant mercenary and warrior with the power of telepathy, telekinesis, and technopathy.  He is an expert marksman and a deadly hand-to-hand combatant, as the son of X-Men member Cyclops and Madelyne Pryor, the clone of Jean Grey.

Actor Josh Brolin will play Cable in Deadpool 2, and is tied in to a four-picture deal as the character.  His time-traveling abilities allow him to make connections between other X-Men properties at will.  He will largely be an antagonist for Deadpool in the film, although the characters have a complicated relationship and reluctant friendship. 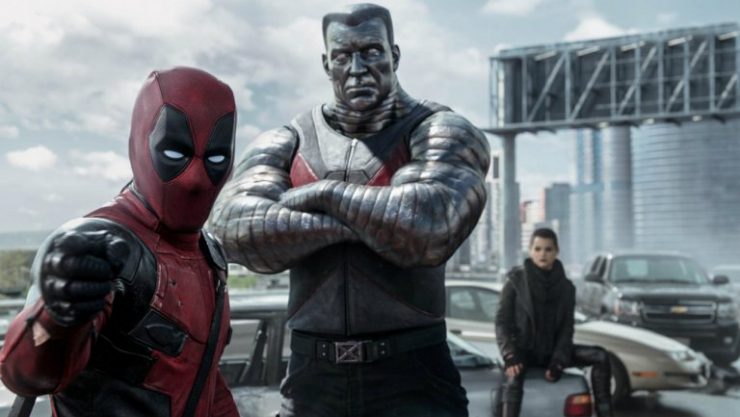 A returner from the first Deadpool film, and a classic X-Men mainstay, Colossus is the steel-like mutant powerhouse of the team.  He has superhuman strength, stamina, and durability when in his transformed state.  He first appeared in the Giant-Size X-Men #1 in 1975.

In the first film, he is the mentor of Negasonic Teenage Warhead and spends most of his time trying to impart superhero morality to the moody teen.  He helps fight Angel Dust while Deadpool fights Ajax in the big battle sequence.  Despite Deadpool’s disastrous methods, Colossus believes in the Merc’s ability to be a moral hero. 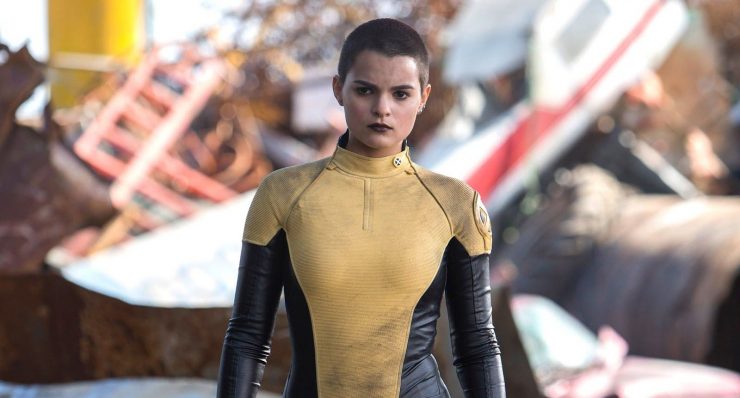 Negasonic Teenage Warhead’s real name is Ellie Phimister- much less threatening than her mutant alias, named after the song by Monster Magnet.  In the comics, she displays a variety of telepathic powers, including reality warping and precognition.  She frequently dresses in goth fashion, but her look was somewhat changed in later comics to reflect her cinematic appearance.

In the first film, Negasonic displays powers more similar to the mutant Cannonball, being able to detonate energy blasts in a nearby radius.  She has semi-atomic powers, and gets paired with Colossus to train to join the X-Men. 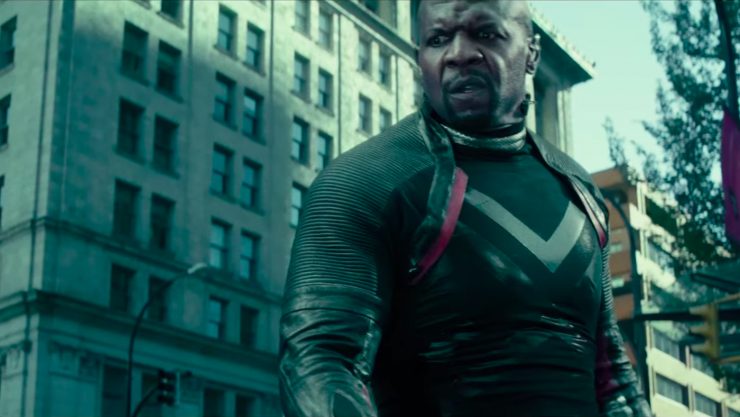 Introduced by name in this final trailer, Terry Crews will be playing the mutant Bedlam when Deadpool 2 crashes into theaters in May.  Bedlam is a member of X-Force in the comics, characterized by his power to project electro-magnetic fields from his body.

He can temporarily disable similarly powered technology, and he can also identify nearby energy fields.  In later versions of the comics, Bedlam could also effect the electricity in the human brain, allowing him to project confusion onto others. 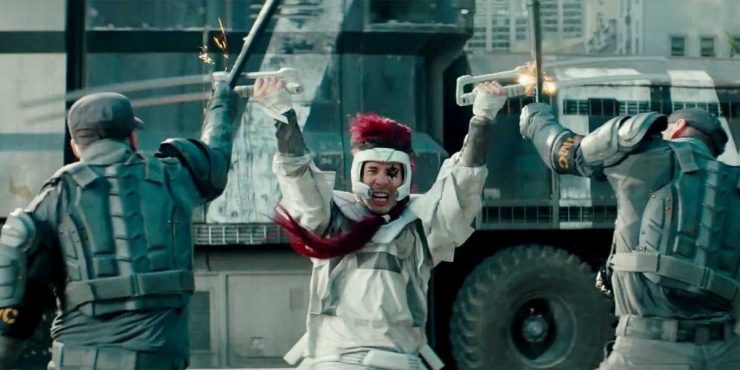 Shatterstar, also known as Gaveedra-Seven, first joined the New Mutants and then later became a proud member of X-Force.  He comes from a future where he was genetically modified to serve the alien overlord Mojo on the planet Mojoworld.  Shatterstar served as an arena gladiator for the entertainment of the dictator.

Shatterstar’s powers include a superhuman level of strength and mental attributes, including his speed, stamina, strength, and intelligence.  His reflexes are so enhanced he can even dodge automatic weapons at a point-blank range. 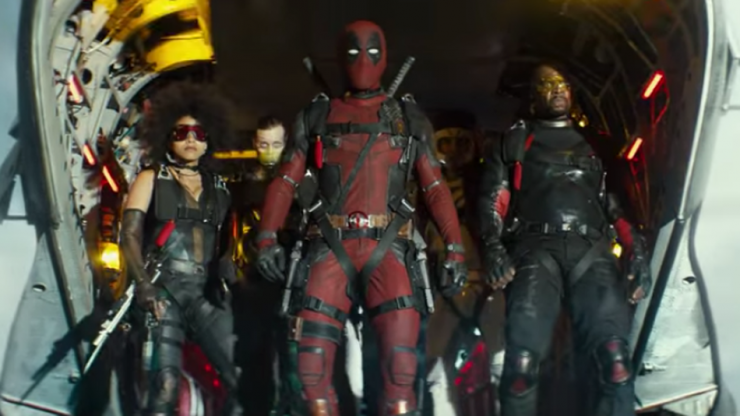 Actor Bill Skarsgård’s role hasn’t been confirmed, although his costume seems to suggest he’s playing one particular mutant with rather disgusting powers.  Seen in the back of the X-Force air transport, the actor is outfitted with a yellow face mask similar to that of Zeitgeist, the X-Force team member who vomits deadly acid.  Yes, really.

Zeitgeist discovered his mutant powers by accidentally burning the face off the first girl he ever kissed.  The character is known to wear protective gear, including skin-covering overalls and a mouthguard to protect from accidental acid spills.  That sort of ridiculous power is exactly the type of challenge the Deadpool 2 team would love to take on, so expect to see Zeitgeist throw down- and up- with the rest of the team. 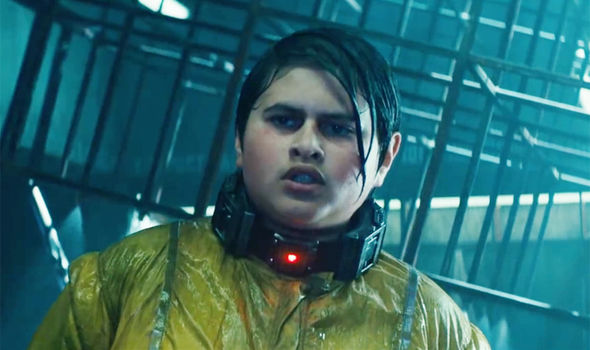 In the trailers, Cable seems to be intent on hunting down a young child who has dangerous pyrokinetic powers.  The kid’s name has been revealed as Russell, and while his mutant identity has not been confirmed, it is suspected that he might be Russell “Rusty” Collins, a mutant known as Firefist.

This has yet to be confirmed, and Deadpool 2 may choose to take the character in a different direction, but the name and powers fit the bill of this mutant who was a founding member of the mutant X-Terminators team. 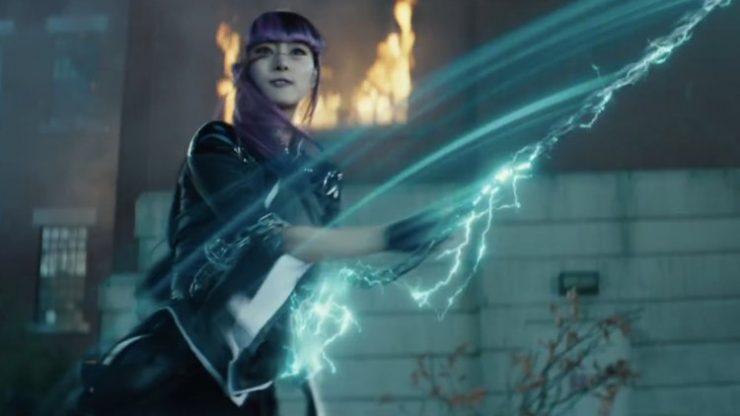 Actress Shiori Kutsuna’s character has yet to be revealed, but she can be seen in several trailers with an electrified whip weapon.  Popular theory is that she is playing Noriko Ashida, known as Surge, a member of the New Mutants in the comics.

Surge can absorb and discharge electrical energy, but if she builds up too much in her body, it makes her jittery and out of control.  She can channel the energy into speed bursts or blasts of lightning, making her a logical choice to appear on Deadpool‘s super-duper team.

Deadpool 2 opens in theaters on May 18th, and tickets are available now online.  Will you be joining the X-Force?

If you’re looking to add the regenerating degenerate to your own collection, check out Sideshow’s selection of Deadpool collectibles!

Poll- What Are You Most Excited for in Avengers: Infinity War?