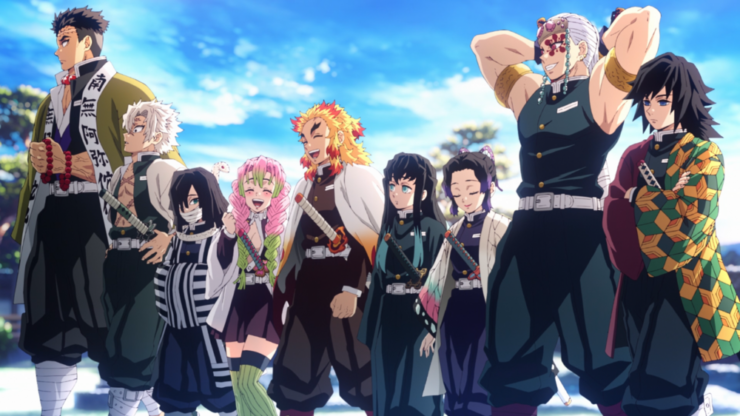 In the world of Demon Slayer, the fantasy and action-adventure anime taking the world by storm, the Hashira are the most powerful members of the Demon Slayer Corps. These skilled swordsman are the pillars of their organization. They protect all of the other Corps members, and are regarded as the strongest among their peers. Finally, these elite warriors are highest in rank besides the Corps leader.

There are nine total active Hashira in the anime. Each Hashira has their own region to patrol, as well as their own unique style, Breathing Technique, and abilities. Below, we’ll break down the basic personalities and power sets possessed by these awesome individuals. 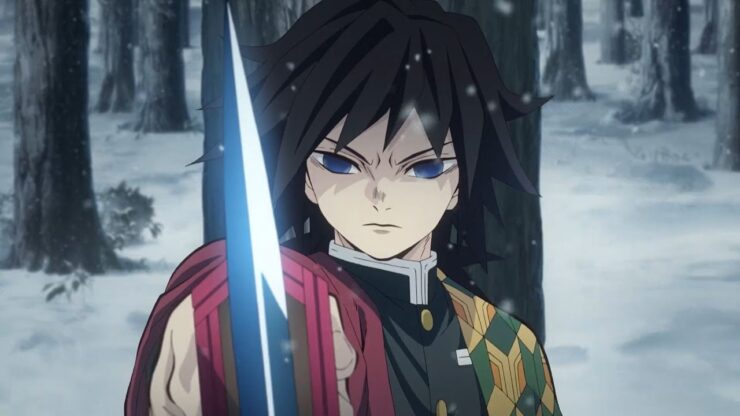 There is a Water Hashira in every generation of Demon Slayers. The current master of Water Breathing is Giyū Tomioka, a stoic and stern man with little empathy for demonkind. However, his approach to fighting them is pragmatic, and he does not bring strong emotions like hatred into his battles — shown when he is sympathetic toward Nezuko Kamado as long as she can control her demonic urges. He is extremely strong, having mastered his Breathing Style and swordsmanship with such precision that he was able to create a new technique within the style. But he is severely aware of his limitations, and judges those who carelessly throw their lives away because of ego or impulse.

Although Giyū Tomioka acts aloof, he cares deeply about his friends and the citizens in his charge. However, his antisocial personality and unwavering, practical sense of justice unfortunately make people dislike him. Despite this, Giyū Tomioka is a valuable ally in battle, adept at tacit communication and understanding in the thick of a fight. 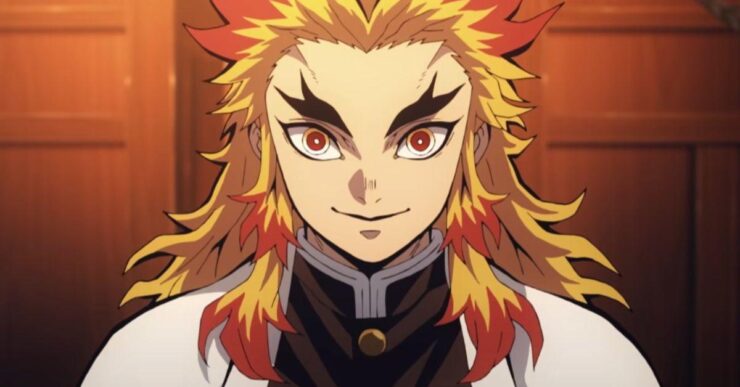 Although now deceased, Kyōjurō Rengoku was the Flame Hashira. He took up the mantle after his father. Kyōjurō Rengoku was cheerful, optimistic, enthusiastic, and loud. He believed the strong have a duty to protect the weak at any cost. In addition, he was honorable and passionate, with a pure, powerful love for everyone around him. His devotion to their lives made him put their safety above his.

His skills developed from strict practice and discipline rather than any natural talent. Unlike his father, Kyōjurō Rengoku believed someone could achieve their dreams as long as they worked hard enough. And Kyōjurō Rengoku was living proof this was possible. He took on the Upper Rank Three demon Akaza and almost beat him with his extrasensory perception and Flame Breathing. Sadly even with his Total Concentration Breathing — a technique that allows Demon Slayers to heal their own wounds and gather energy — Kyōjurō Rengoku succumbed to Akaza’s Blood Demon Art and died protecting Tanjirō Kamado, Zenitsu Agatsuma, and Inosuke Hashibira. 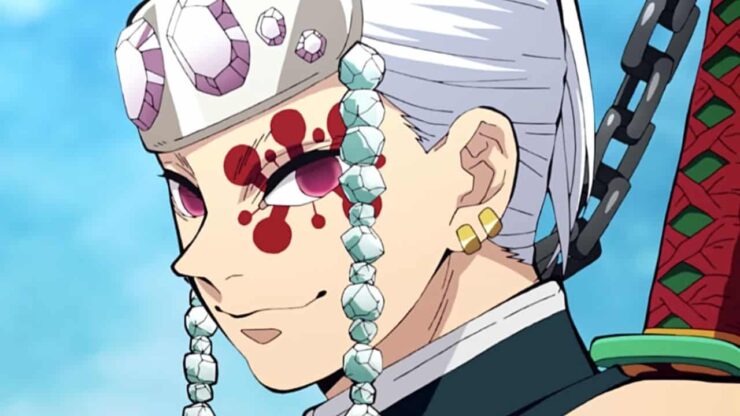 The eccentric and flamboyant Tengen Uzui is the current Sound Hashira. This Breathing Technique gives him echolocation and other advanced hearing abilities. Even though he is large and muscular, and uses that to his advantage, his fighting style relies more on aesthetics and flashiness. He is the fastest Hashira, and the second physically strongest. Obviously, then, Tengen Uzui is rather proud. He is demanding, fussy, boastful, and prone to selfishness. But he is also ultimately kind and caring, with great love for his three wives as well as the other Hashira.

Tengen Uzui grew up as a shinobi, so his technique reflects decades of training to sneak around and withstand unbearable pain. In his later years, though, Tengen Uzui has rejected all other aspects of the shinobi lifestyle because it devalues a warrior’s subordinates to a dangerous degree. Tengen Uzui does not see any human’s life as expendable. Their survival always comes before the mission. 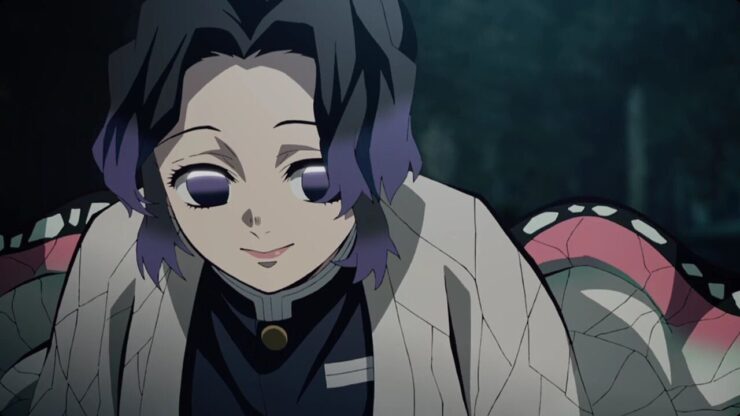 The Insect Hashira Shinobu Kochō’s outward demeanor is a façade. She acts easygoing and tranquil, with a friendly disposition. But behind her smile is a dark and mean soul, shown when she teases her fellow Hashira past playful ribbing as well as when she kills demons. Despite saying she wants to get along with demons, she is overly cruel to them, using mind games as well as physical torture when she faces them in battle. This is motivated by a desire to avenge her sister, who was killed by demons.

Shinobu Kochō’s physical abilities are lacking compared to her fellow Hashira. She makes up for this with creativity, cunning, and agility. She does not use a typical Nichirin sword, but rather a modified katana that acts as a stinger to inject lethal Wisteria poison into demons. Because this weapon can’t be used to defend, Shinobu Kochō utilizes Insect Breathing in order to increase her speed and the swiftness of her blows. Although she is an impressive fighter, though, she still feels inferior to her peers. 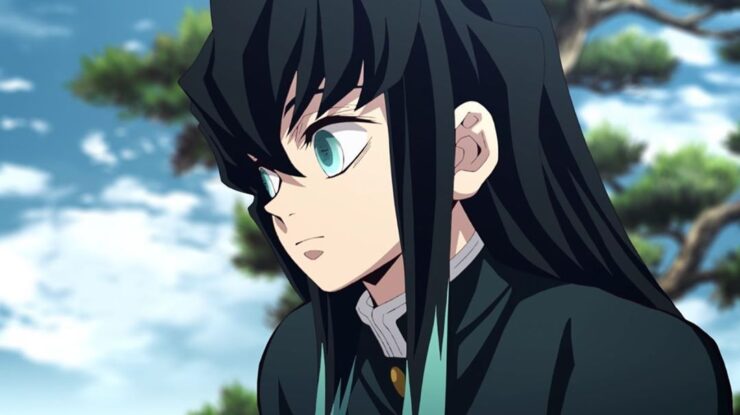 Muichirō Tokitō is rather forgetful and air-headed. Although some of this is due to his memory loss, his personality is befitting of a Mist Hashira — naturally a little hazy and prone to wandering often. Logic, not emotion, guides him. He is impassive to the point of appearing indifferent to those around him except when he goes into an extreme rage — a rare yet off-putting occurrence. It’s important to note that Muichirō Tokitō isn’t apathetic, and is as devoted to his demon slaying duty as the rest of the Hashira.

A child prodigy, Muichirō Tokitō ascended to the Hashira rank in only two months and is his generation’s most skilled Mist Breathing user. His indomitable willpower, constantly simmering anger, and immense strength and stamina are crucial factors in many Demon Slayer victories. 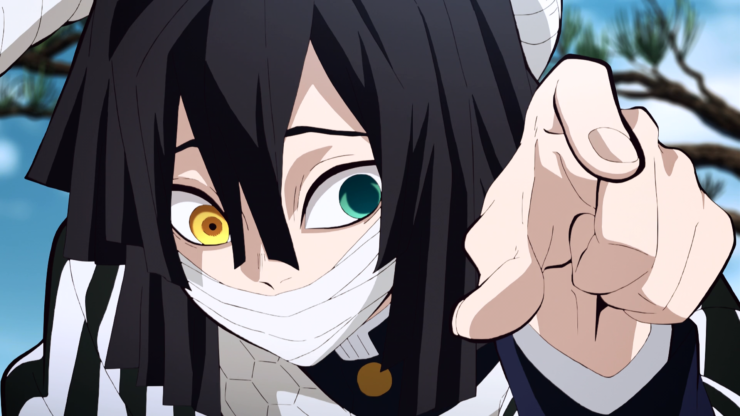 Merciless, petty, and full of self-loathing, the partially blind Serpent Hashira Obanai Iguro is a deeply troubled individual. When he was 12, his clan cut his mouth to make it better resemble a snake’s, and he keeps the scars hidden underneath the bandages on his face. This may contribute to his animosity. Even toward his fellow Hashira, he is strict and unrelenting, bullying them for their mistakes as well as mocking them for injuries sustained against “weak” demons. These standards are also ones to which he holds himself.

Obanai Iguro is a skilled swordsman. He has been asked to teach sword-wielding techniques to lower ranks in the organization. Serpent Breathing is also a style he devised all on his own. It makes use of twists and turns similar to how a serpent slithers to attack, and can be used in tandem with Obanai Iguro’s pet snake for extra effectiveness. 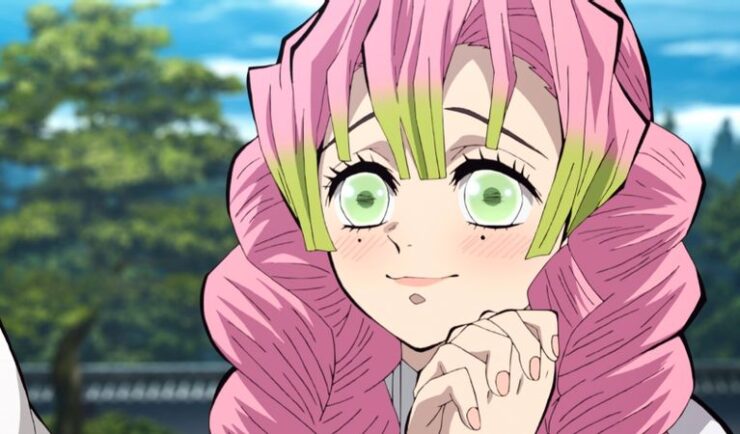 Mitsuri Kanroji is the Love Hashira. She is emotional, protective, and, well, loving. Because she is shy and easily flustered, she tends to constantly compliment people in her head instead of aloud. This gentleness does not extend toward demons. Mitsuri Kanroji is as dedicated to killing them all as she is to finding a husband — these are her two main goals in life.

Despite her petite appearance, Mitsuri Kanroji has a special muscular composition that makes her muscles eight times denser than an ordinary human’s. She is also more flexible than the other Hashira. These two strengths balance out her being the slowest runner out of all the Hashira. Finally, Love Breathing is her own new technique. Modeled after Flame Breathing, Love Breathing has a wide range and is enhanced by Mitsuri Kanroji’s whip-like Nichiren Sword. 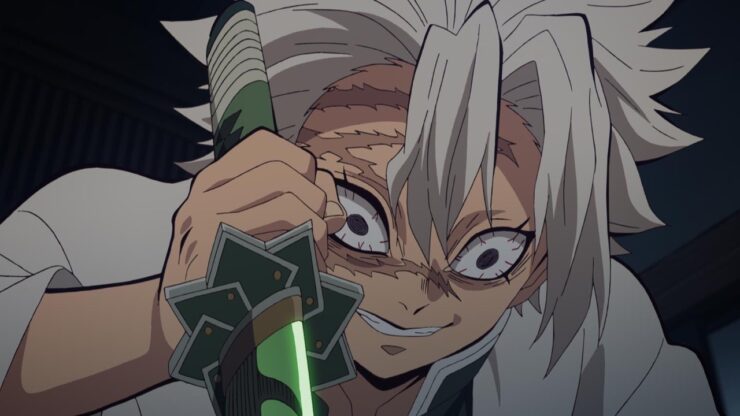 Sanemi Shinazugawa is abrasive, hot-blooded, impulsive, and stubborn. The Wind Hashira can find any reason to be mad at another person. His body is covered with battle scars, and he seems to have the most bloodlust out of all the Hashira. He is completely intolerant of demons. All of this aggression seems to leave no room for other emotions, or is the result of repression, seen when he quickly moves on from loved one’s deaths.

The Wind Hashira is highly proficient in combat like the rest of the Hashira. He is more immune to physical pain than most considering the amount of injuries he’s sustained over the years. His Wind Breathing is a learned technique and one of the most consistent styles in the Demon Slayer Corps. Sanemi Shinazugawa’s mastery of it rivals all others except the original wielder. 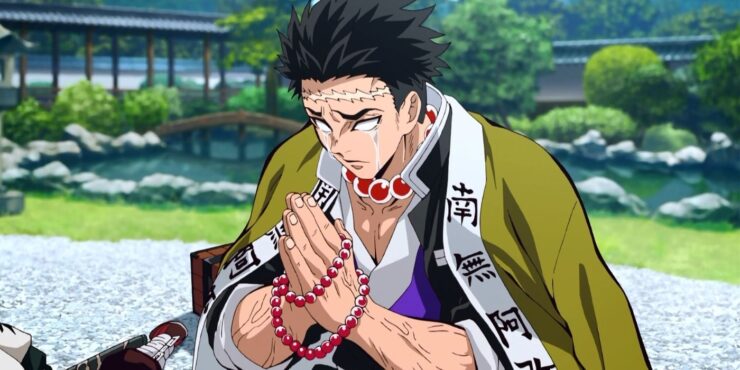 The gentle giant of the group, Stone Hashira Gyōmei Himejima has a huge body and an even bigger heart. He is very sensitive, seen crying almost constantly, and soft-spoken. The pious man carries his prayer beads on him at all times. His religious upbringing instilled within him a respect for all living creatures, even demons, and he feels absolute disgust whenever he has to hurt one. Because he hates suffering so much, though, he will overcome his distaste for inflicting pain in order to save humanity.

Gyōmei Himejima is, physically, the strongest Hashira. He wields large, heavy iron weapons. And like the Serpent Hashira, Gyōmei Himejima gained his rank in two months. He has enhanced hearing due to having no sight. His Repetitive Action technique allows him to maximize his focus. Lastly, his persistence is notable, as he can be near death yet concentrate and regain enough stamina to ensure victory.

Who is your favorite Demon Slayer Hashira? Let us know in the comments, and don’t forget to Let Your Geek Sideshow!

Up Next on Unsealed and Revealed: Spider-Man (Classic Suit) Sixth Scale Figure by Hot Toys