Destro Sixth Scale Figure review – because knowing is half the battle! 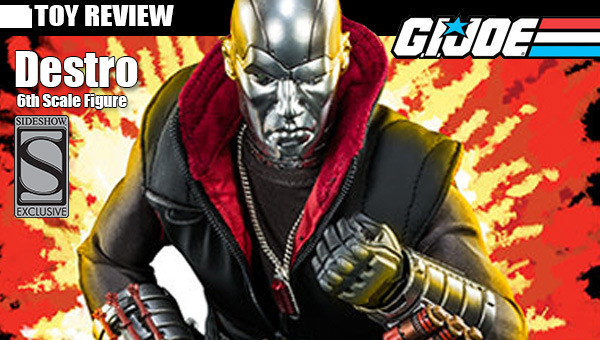 Our friends at NerdBastards.com took a look at Sideshow’s Destro Sixth Scale Figure – check out some of the photos and highlights from their review below!

If I learned anything from G.I. Joe, it’s that heroes and villains should almost always be named in direct correlation to their stereotype (let’s call the karate guy “Quick Kick” and the sailor dude “Ship Wreck”) and that – say it with me now –  “knowing is half the battle” (Yo Joe!).

I’ve been fortunate enough to own and see firsthand a number of Sideshow’s 1/6th scale figures. The one thing that never fails to amaze me is their remarkable attention to detail. We live in an age when toys on the shelves (ones aimed at collectors) are given sculpts and paint jobs better than what kids growing up in the 80s and 90s ever got. Just when you think it couldn’t get much better, Sideshow takes it out of the stratosphere. There’s some bells and whistles to this figure that surprised me, even well after examining it for days. 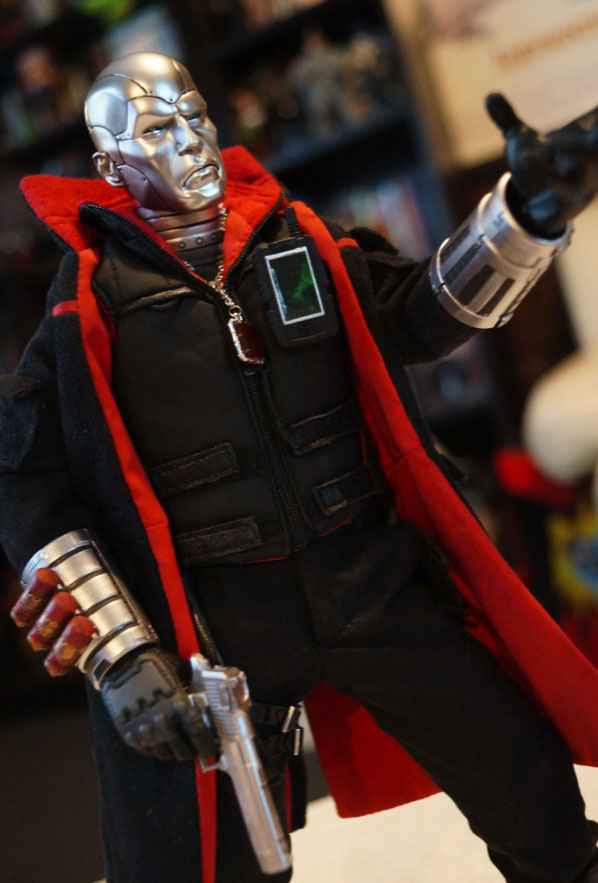 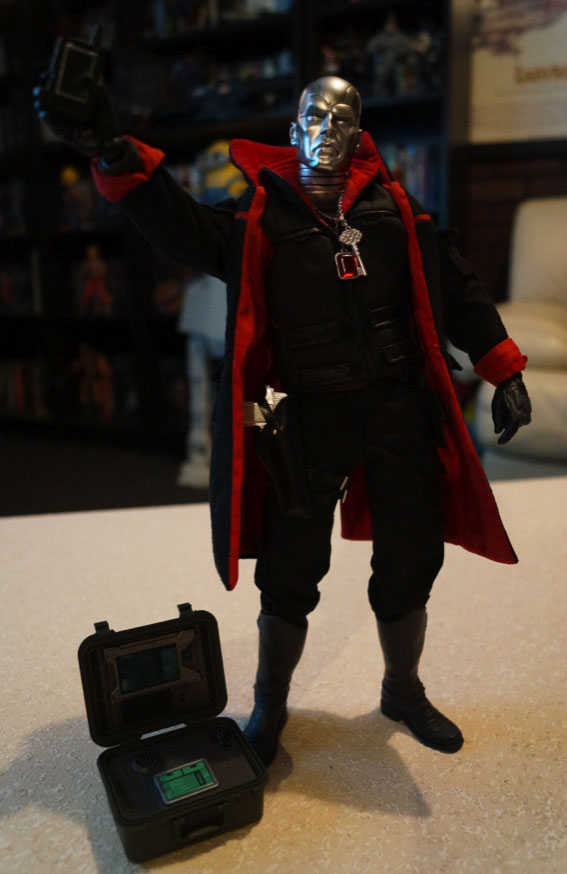 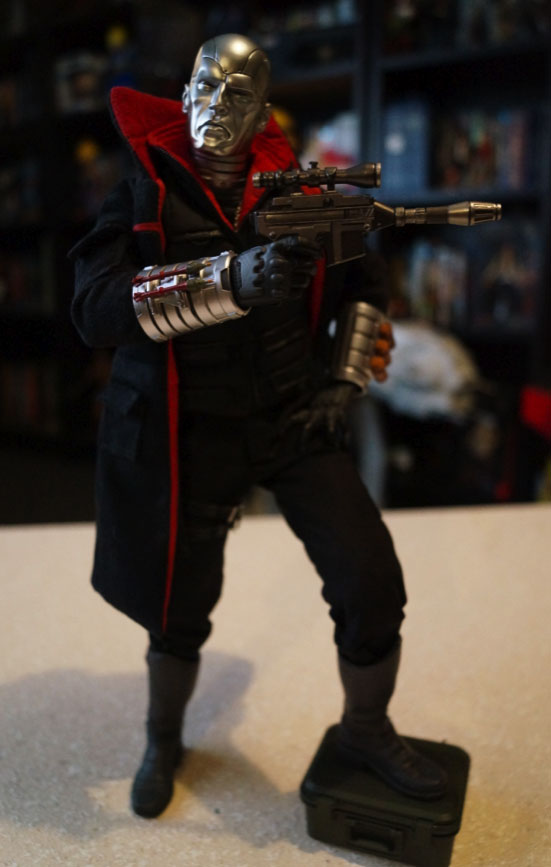 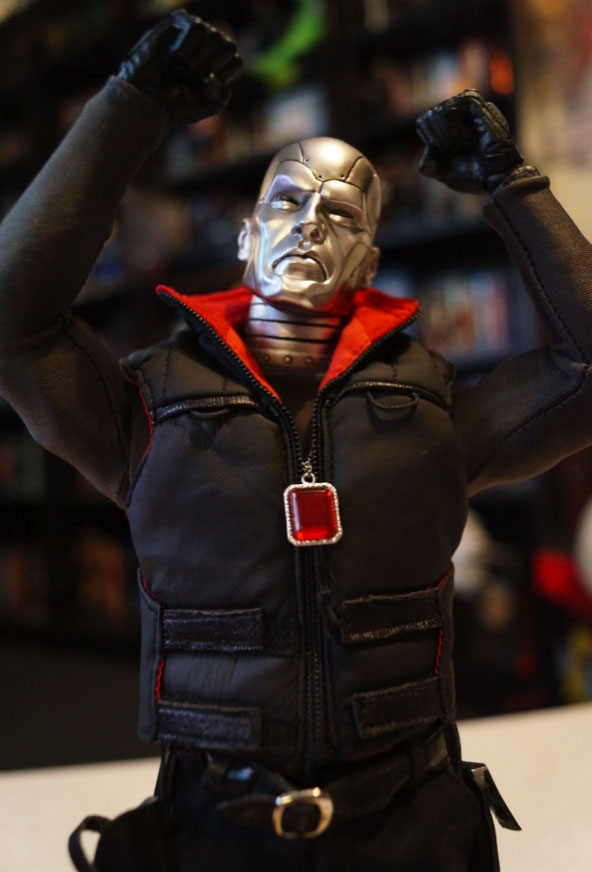 I’ll be honest, I never thought I’d care about seeing Destro as a high-end collectible figure. I always preferred his lady friend Baroness (She had specs appeal! Get it… she wore glasses?) second to Joe’s more popular characters like Snake Eyes and Storm Shadow. Even though his shiny metal head marks him as one of Cobra’s most identifiable villains, I always looked at him as a second class bad-guy. Sideshow, however, changed my mind entirely. Can a toy really flip-flop one’s feelings? Eh, probably not, but if there was ever the chance of changing your mind, Sideshow sure tugs at the right strings.

Destro stands 12 inches tall (thoughts of emasculation much?) and the first thing you’ll likely admire is his wardrobe – us guys are supposed to notice such things, right? Destro’s signature long overcoat and red mane is perfectly realized in this legit hand-tailored attire. In addition, his black cargo pants, bad-guy vest, muscle undershirt and knee-high boots, make you quickly realize “This guy has a better wardrobe than I do. WTF?”. Clearly, this figure is rapidly inciting more and more jealously from me. 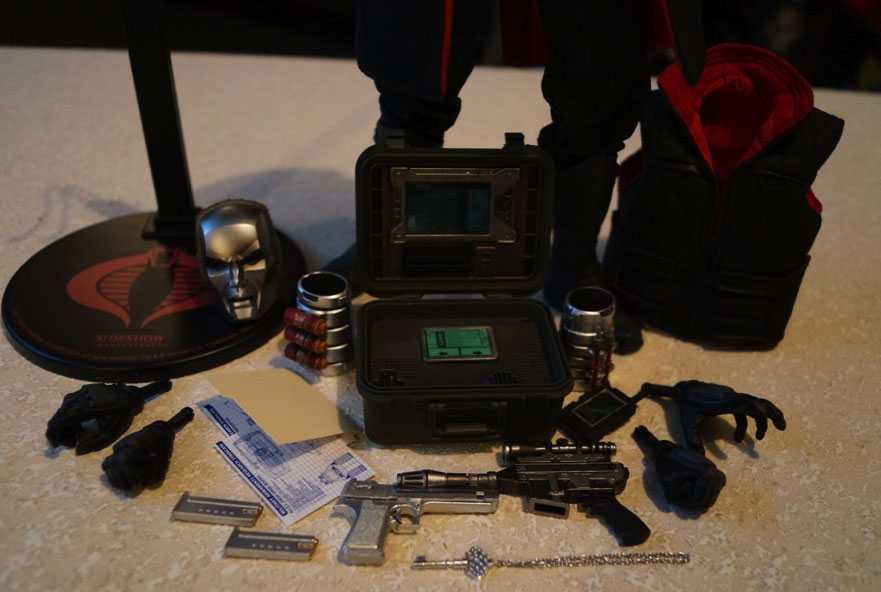 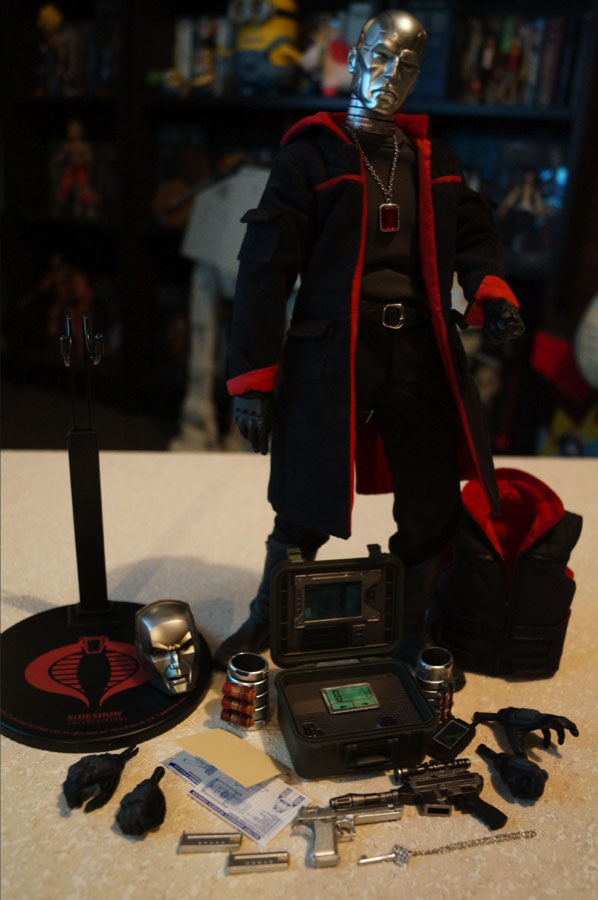 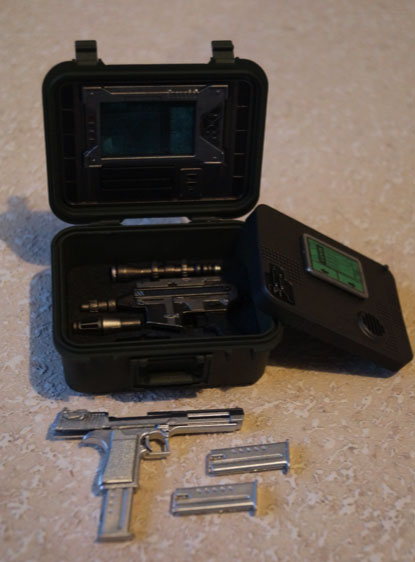 A couple of details regarding Destro’s swag really surprised me, I mean really. I never cared for manila folders in real life (they remind me too much of work), but make em’ wee tiny and insert some weapon blue prints and it’s adorable.  The top of Destro’s hand pistol slides back to mimic chambering of a round, which is a completely unnecessary but totally cool exercise in detail. The Satellite Communications case has a SECRET (not so secret now, haha #soevil) compartment.

Overall, as someone who never had a great affinity for the character, I’ve quickly been converted into a fan. Which is the primary result of my imagination running wild picturing Arnold Schwarzenegger with a chromed head shooting laser pistols at Joes shouting “Come with me if you want to live. NOT!” Truthfully, it’s Sideshow’s commitment to detail that had me wanting to relive my childhood imaginary battles with my G.I. dolls and this time choosing Destro as my go-to guy. Now, all I need to do is to pick up Baroness and I can really get this party started, if you know what I mean.

Head on over to NerdBastards.com for the full review!

Got your Destro Sixth Scale Figure? Tell us what you think of him in the comments below!

Happy Father's Day! We celebrate our favorite dads from film and comics