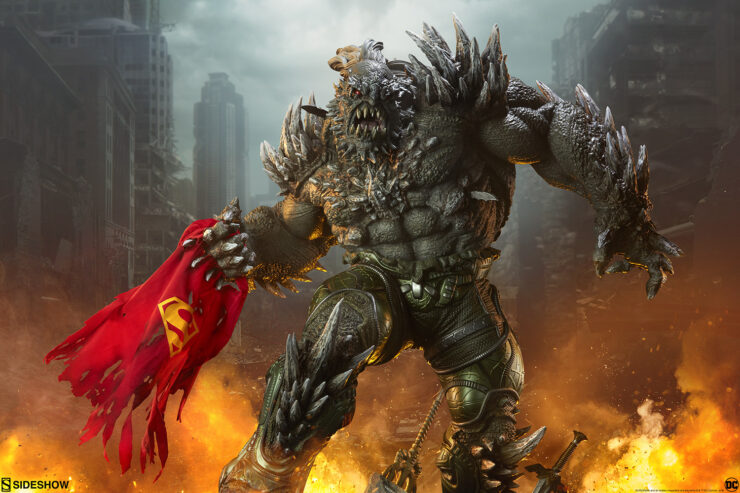 Doomsday is one of the greatest threats in the DC Universe, not just because of his ability to evolve and become impervious to whatever killed him in his last life — but also because he’s one of the few beings that Superman is afraid of.

If you can even make the Man of Steel cower in fear, then it must be for a good reason. So let’s look at Doomsday’s greatest battles of all- these brutal bouts could bring even a Kryptonian to his knees.

Doomsday vs. His Creators

Krypton used to be a primordial hellscape where only the most terrifying of creatures could survive. In an effort to create the ultimate life-form, a mysterious alien scientist named Bertron tossed down a humanoid baby to the surface to see how it would react.

Naturally, the baby did not survive, but Berton took its remains and altered the genetics of its clone so that it was impervious to dying by the same means again. He cloned countless beings, each one impervious to the last way it died, but remembering everything.

Eventually, it didn’t need to be cloned — it had the ability to come back from the dead itself. And at that point, the cloned being destroyed his creators. He became Doomsday.

When Doomsday first arrived on the planet of Apokolips, he destroyed everything living thing on the entire planet. And then he made his way to Darkseid himself.

It wasn’t long into the battle before Darkseid used his iconic Omega Beam Blasts, one of the few things that can even hurt Superman himself. And yet, Doomsday was completely unaffected thanks to his superior genetic modification.

Doomsday vs. the Green Lanterns 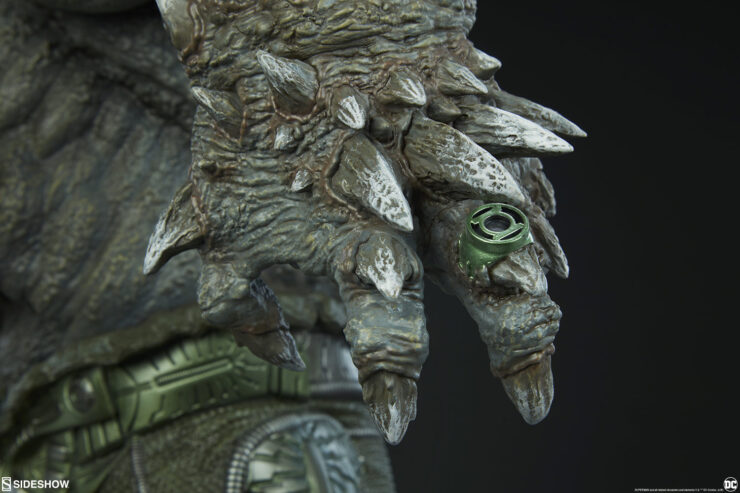 Doomsday has fought against the Green Lanterns on many occasions, and though their constructs are hard, his seething rage is simply too strong for them. Even the Guardians, beings who were intelligent and powerful enough to harness the power of the emotional spectrum, were unable to destroy him.

Doomsday absolutely ransacked the planet of Oa, from its futuristic structures, to the temples of the Guardians. He was able to withstand the full force of a Guardian, who perished simply trying to pour enough energy into defeating him.

Over the years, Doomsday has evolved in a multitude of ways. On some rare occasions, he evolves to be more than just a giant spiky ball of rage, and becomes ever-so-slightly more intelligent. Most surprisingly, he becomes articulate. And in these instances, he spends more time planning and creating strategic techniques to take down his foes. In these instances, his mind actually limits his raw physical power.

Although he was able to defeat Superman in this battle, the Martian Manhunter was able to use his impressive psychic abilities to attack him mentally and defeat him. That said, the less intelligent and articulate Doomsday is, the less effective psychic attacks are. 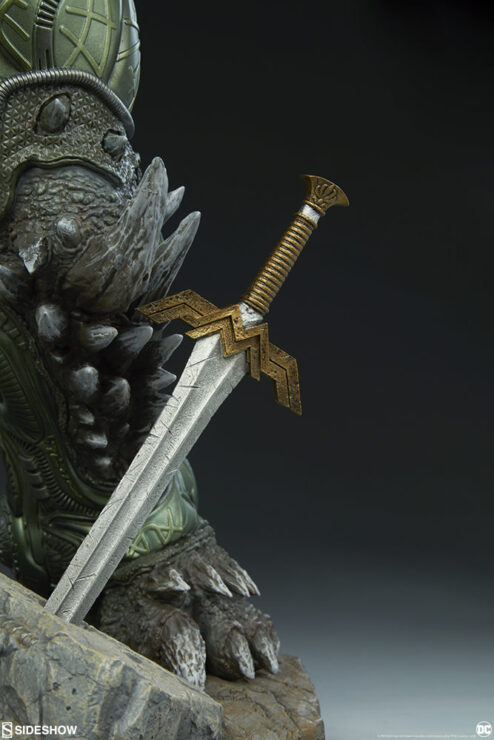 Wonder Woman has fought against Doomsday before, even as he secreted a toxin of absurd killing-power. She said that she had never been hit with such power ever before, and she certainly didn’t want to again — but she couldn’t let such a powerful beast roam free. Not on her watch. So she fought him again, and though she most certainly didn’t defeat it, she was able to hold her ground — for a bit. She has the literal blood of the gods coursing through her veins, and even she cannot defeat Doomsday.

Doomsday is primarily known in the comics as a Superman villain. In fact, he’s so effective at actually injuring the Man of Steel that other villains have manipulated Doomsday in order to stand a chance fighting against Superman.

Brainiac and Lex Luthor have tried to mind control Doomsday with great (though evil) effect. The fights between Doomsday and Superman are absolutely the best, especially because Doomsday was the first villain to ever be able to kill Superman — a feat no one else could ever accomplish. 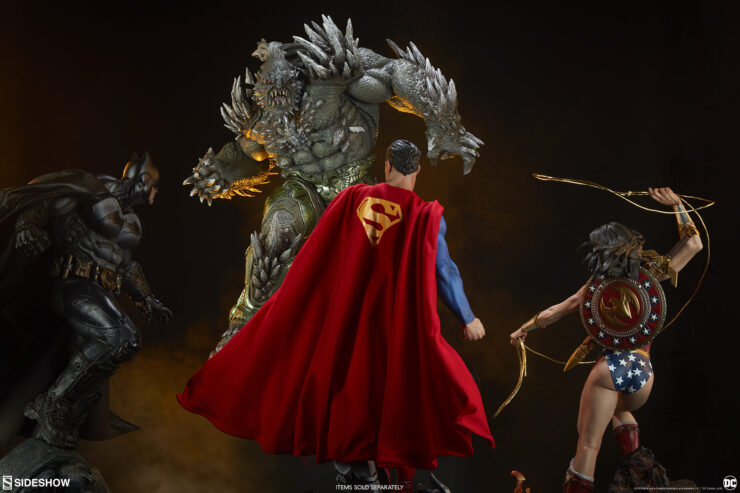 What’s your favorite Doomsday battle from DC Comics? Let us know in the comments and don’t forget to Let Your Geek Sideshow!

If you’re looking to evolve your Kryptonian collection, be sure to check out Sideshow’s Doomsday Maquette and our full catalog of DC Comics collectibles.

New Photos of the Muse of Flesh: Atelier Cryptus