Called by many names – robots, clankers, scrap buckets, androids or simply droids – it’s a safe bet to say that Star Wars just wouldn’t be as popular without these endearing little rust buckets. But beyond becoming insta-fan favorites, if we take a look back through any of the movies, or Clone Wars and Rebels episodes we’d be hard pressed to find a plot line that doesn’t hinge upon a droid in some way. Built to perform a variety of functions, and programmed with distinct personalities, we’ve seen them as the heroes and comic relief, as well as efficient killers and villains. From the smallest mouse droid rolling through the Death Star hallways, to the largest Spider Droids crossing the battlefield, here are a few of the most essential types of droids that have been deployed across that galaxy far, far away. 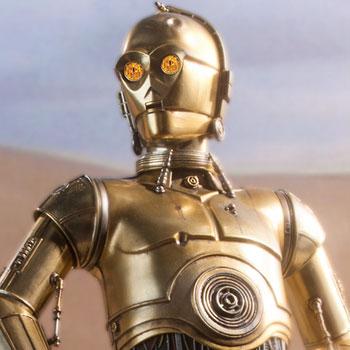 Used in diplomatic situations and whenever translation was needed between the multitudes of species in the galaxy, protocol droids were programmed with thousands of languages, diplomatic protocols and etiquette. To perform their duties more effectively, these droids were often built with aesthetic and personality characteristics that would closely reflect the beings they were made to serve. Of course, one of the most memorable protocol droids in the Star Wars universe is the humanoid looking “Golden Rod” himself, C-3PO, who went above and beyond his programming while aiding his friends in the rebellion, whether it was helping to distract Stormtroopers on Endor or helping to rescue Luke Skywalker from Jabba the Hutt. Plus he gets extra kudos for being an Ewok God.

Able to store and access huge databases of medical information, including records on diseases, wounds and injuries, medical droids perform their duties with emotional detachment. Although usually seen in the background, make no mistake at the necessity of these droids – after all, where Luke Skywalker be without the 2-1B medical droid attending to his cybernetic hand in the bacta tank during Empire Strikes Back? And how about a shout out to the Chroon-Tan B-Machine mid-wife medical droid that delivered senator Amidala’s children at the end of Revenge of the Sith… well, its hard to forget those scoop hands, YIKES! 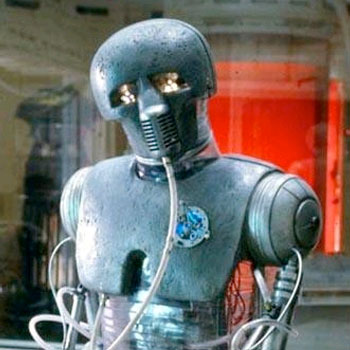 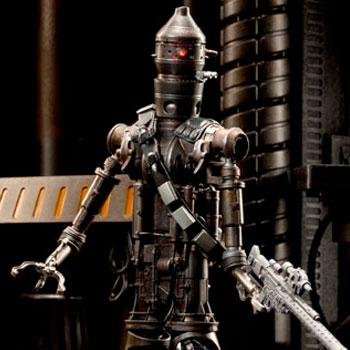 On the opposite end of the spectrum (however just as useful) we have the assassin droids. Most often deployed by bounty hunters, these killing machines were typically sent on kamikaze missions that had no practical means of successful escape after taking down their target. Armed with top of the line weaponry and advanced targeting systems, assassin droids were highly adept at destroying their target with pinpoint accuracy. Two of the most memorable assassin droids were the ASN-121, used by Clawdite spy Zam Wesell in an attempt to kill Senator Amidala during the Clone Wars, and IG-88, one of the many bounty hunting scum recruited by Darth Vader to hunt down Han Solo in The Empire Strikes Back.

Probe (or Scout) droids were most often used in deep space exploration, military reconnaissance and mineral prospecting in asteroid fields, using their powerful sensor arrays to scan large areas and then report back to their respective owners. Programmed with minimal A.I. due to their limited responsibilities, many of these droids also carried a dangerous cache of built-in weaponry, and even self-destruct features to avoid capture. In The Empire Strikes Back, the Viper Probe Droid played an integral role when it came time for the Empire to track down the Rebel’s secret base, and admit it – we all felt a little sad when it met its untimely end… 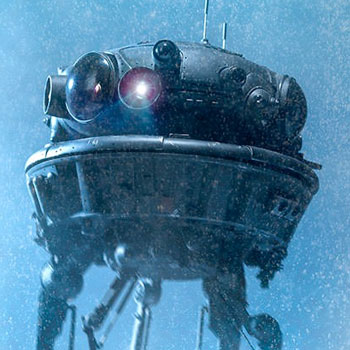 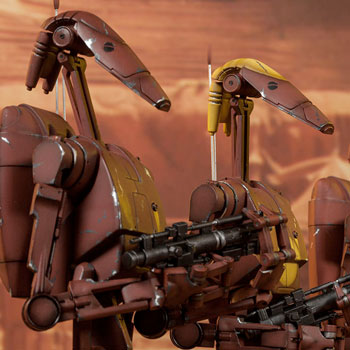 In a galaxy constantly at war (perhaps due to a lack of protocol droids to aid in communication), battle droids are undeniably the most abundant droids to be found in Star Wars. Without all the cost, effort or resources required for an organic military, the numerous advantages of battle droids included the ability to be mass produced, carry heavy weapons, move about very quickly without getting tired, and the fact that they were totally expendable. Unfortunately, being created with cheap A.I. made them unbelievably stupid, but even that  resulted in one additional quality – humor. Just think of the B-1 battle droids from the Prequel film and their cries of, “ROGER, ROGER!”

And last we come to some of the most popular droids in the entire Star Wars Universe – those amazing little guys knows as astromechs. Stationed in vessels ranging from large galactic star destroyers to single-pilot starfighters, these mobile, multi-tasking droids were capable of hyperspace calculations, data storage, system monitoring and repairs. Despite being unable to use voice communication, these droids had no lack in personality. The most famous astromech of all, was that spunky and resourceful little droid R2-D2, with a larger-than life personality due to his years of service friendship with his protocol droid pal, C-3PO. I would go far as to say R2 was the ultimate hero across ALL the Star Wars films. There were many close calls – saving his friends moments before they were squished to death in the garbage compactor, to fixing the hyperdrive unit in the nick of time, and without him most of our heroes would have been captured or long dead. 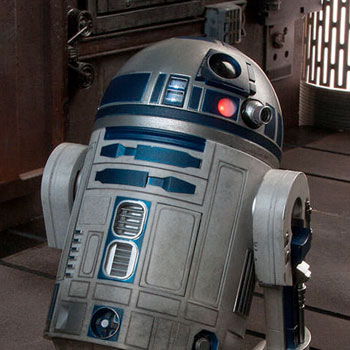 I could go on, but suffice to say in the vast universe of Star Wars, there are many important jobs that could only filled by droids (some more honorable mentions have to go out to Interrogation droids, Buzz droids and those Dum-series Pit droids from The Phantom Menace). If your favorites didn’t make the list but deserve a call out, make sure you leave a comment or tweet me @MikeHockjr and as always, May the Force be with you!

Be sure to check out our Star Wars figures and collectible droids!

Up, up and away! Unboxing and posing the Superman Sixth Scale Figure