Face the Underworld Factions with the Aspects of Death 1:4 Scale Mask Set 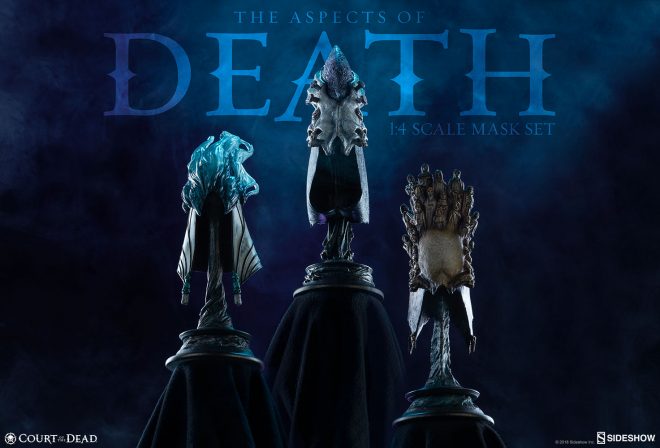 “Ally yourself loyally to your faction, but keep awareness of the others, for in unity alone do we rise.” -Death, The Alltaker, Dark Shepherd, and Master of the Underworld

Sideshow is proud to present the Aspects of the Death 1:4 Scale Mask Set. This unique collection can be showcased on its own, or displayed as swap-out accessory masks on the Death: Master of the Underworld Premium Format™ Figure. 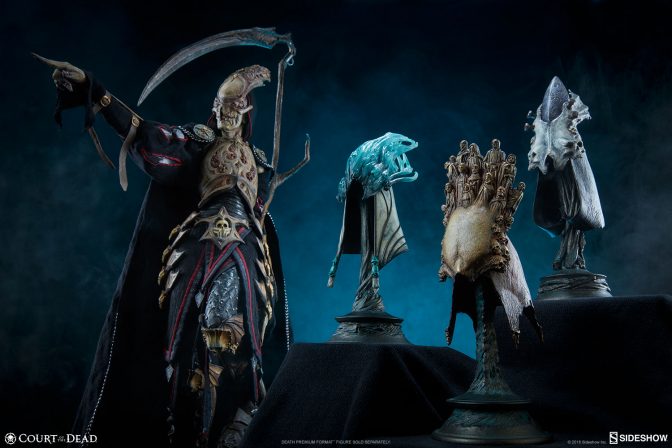 Death is master of the Underworld, but the Land of the Dead is divided into three factions: Bone, Flesh, and Spirit. Death seeks to encourage their diverse strengths, but also to unite their complimentary powers so the Underworld can rise up to end the war between Heaven and Hell. 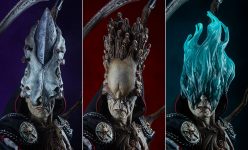 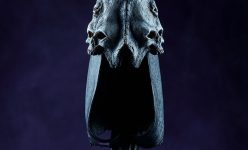 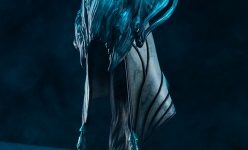 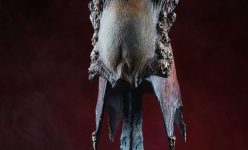 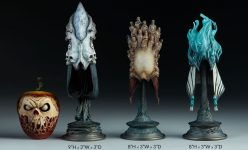 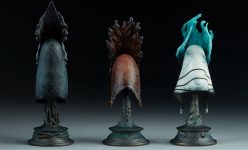 “Designing these masks was a world-building exercise,” said Matt Molen, Sr. Concept Designer. “There is a story behind every design.” For the Aspects of Death Mask Set, Molen explained that he worked with Court of the Dead creator Tom Gilliland to evolve initial designs created by Zane Yarborough to have a more potent factional prerogative. “I thought about Death, and how he’d interact with each of the factions leaders while wearing the mask celebrating their faction.” 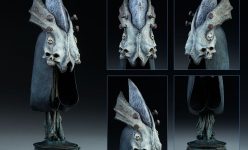 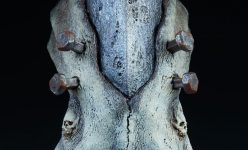 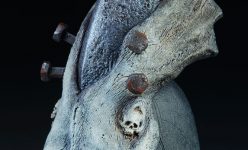 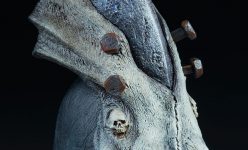 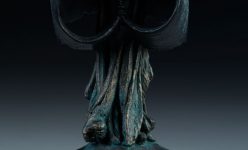 “I love that each mask has its own individual personality,” said Project Manager Jesse Lincoln. “Sculptor Jeff Yagher really brought a lot of detail and nuance to each one.” Lincoln worked closely with Yagher to maintain the story-driven theme to each mask.

“The Bone Faction mask, Echo of Five Nails, has all this great pitting and weathered texture throughout. The Flesh Faction mask, Chorus of Souls, has these amazing figures along its crest. If you look closely, you can see there are both skull-headed and hooded figures creeping around the rest of the characters. And the Spirt Faction mask, Transcending Vision, has little ghosts and spirits swirling around in the clear blue face plate of the mask itself.” 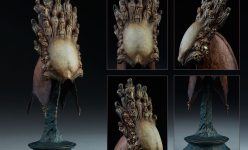 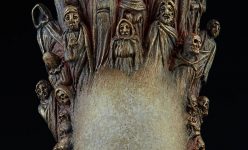 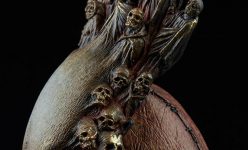 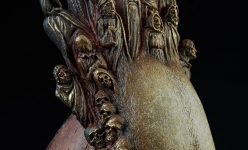 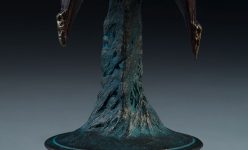 Sideshow Painter Chie Izuma worked with Paint Lead Kat Sapene to bring new hues and techniques to this uncommon addition to the Court of the Dead Collection. “We used lots of unique layering on the Bone Faction mask,” Izuma explains. “Starting with a warm gray base, I used lots of cool purple overwashes to give the piece an organic look.” 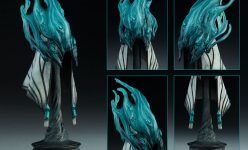 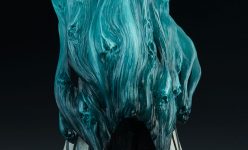 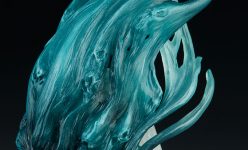 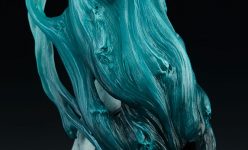 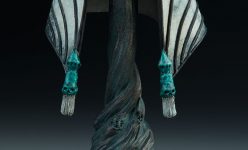 Painting the sculpted fabric hoods was an exceptional challenge, Sapene added. “We used multiple sponging techniques to feature the great surface texture, but also create differentiation – worn black leather for one mask, and a traditional warm brown for the other.”

The Aspects of the Death 1:4 Scale Mask Set is an especially accessible collection, boasting all the careful attention to ornate detail of our Premium Format™ pieces in a size that is easily displayed on a desktop! Feature this set on its own, or change up the look of your Death: Master of the Underworld Premium Format™ Figure by swapping out his mask with one of these! 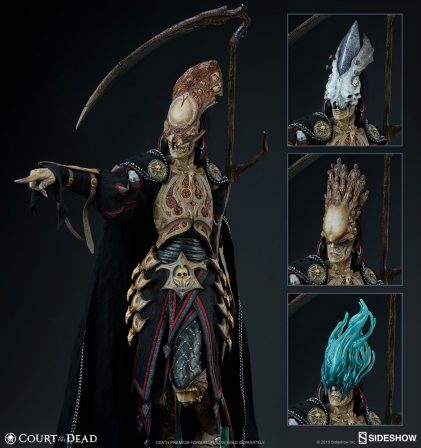 Death: Master of the Underworld Court of the Dead