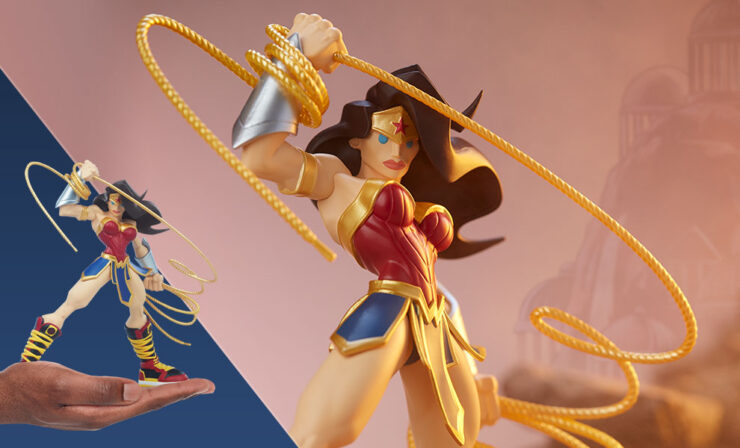 First, there were shoelaces. Now, there’s a shoe lasso! Equipped with her own set of warrior boots, the Limited Edition Wonder Woman Designer Collectible Toy by artist Tracy Tubera is a simply Amazon addition to any collection. 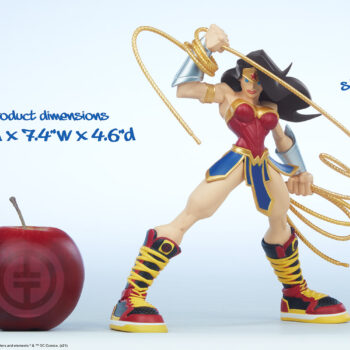 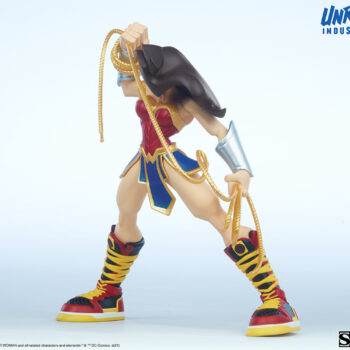 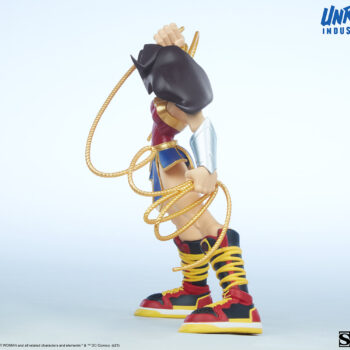 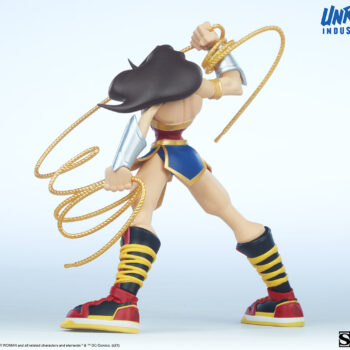 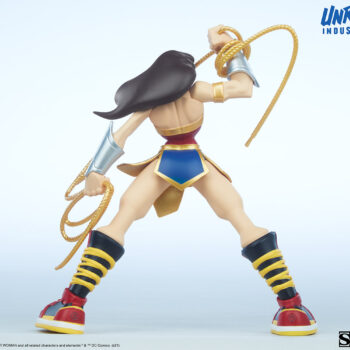 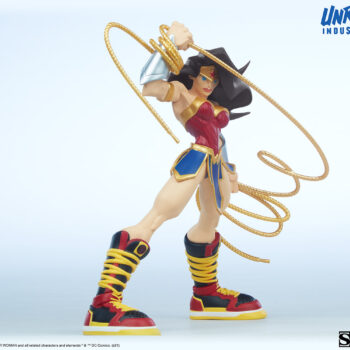 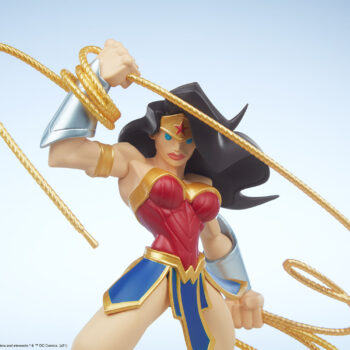 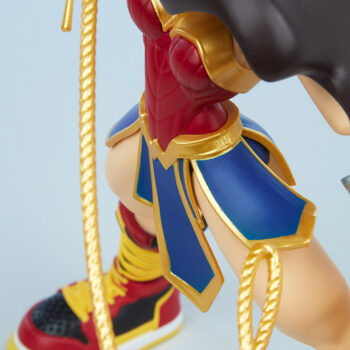 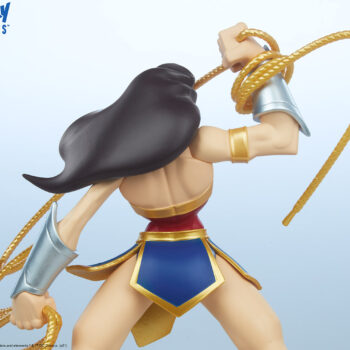 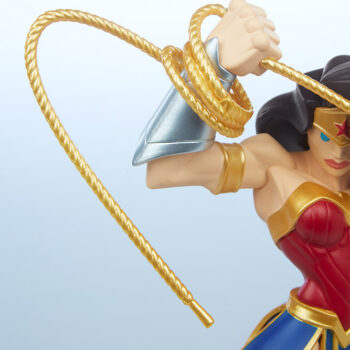 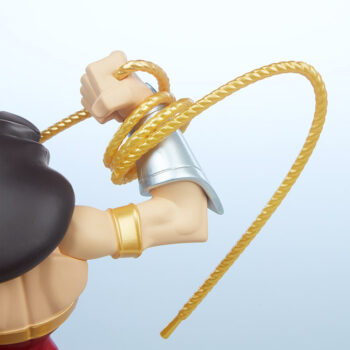 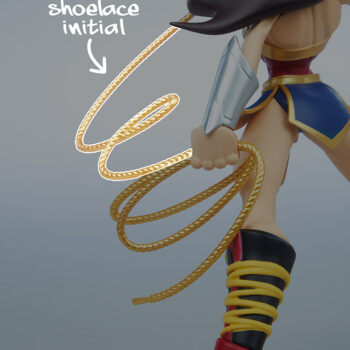 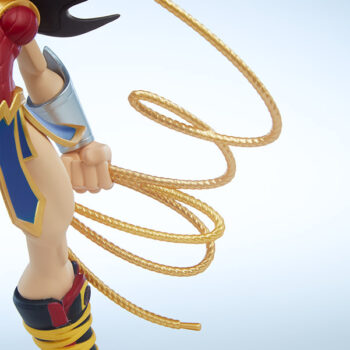 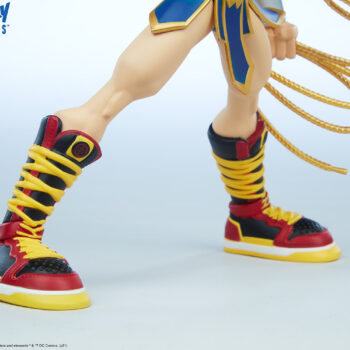 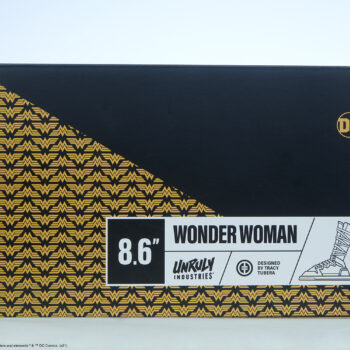 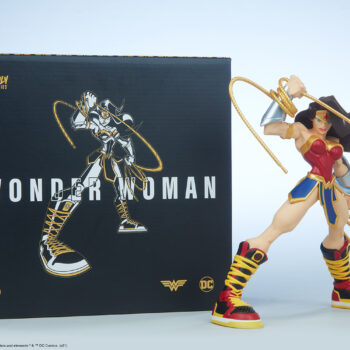 Tracy Tubera AKA the ÜBER ILLUSTRATOR SUPREME has a style that is a mix of graffiti, anime, and comic book art. His artwork has an acute attention to sharp, crisp line work with splashes of bright pop colors. He mixes pop culture imagery with his love for sneakers, Super Heroes, and humor to create imagery all his own. 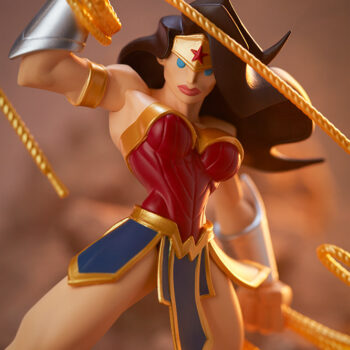 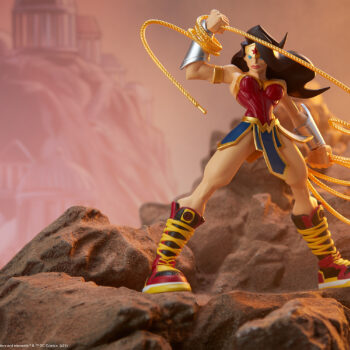 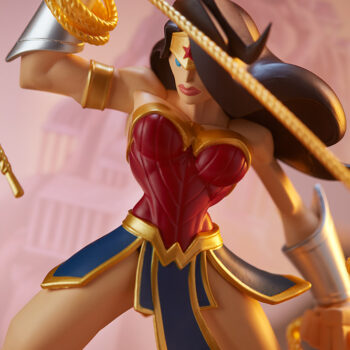 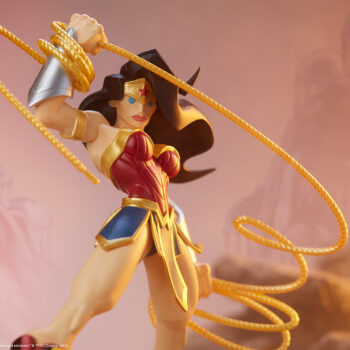 I have always loved the design and colors of SNEAKERS. The bright colors and intricate designs are the same reasons why I love COMIC BOOKS/SUPER HEROES. Also, there is always the story behind a certain Super Hero. Their SECRET ORIGIN. The amazing story of how a character got his/her powers. Or the incredible circumstances that caused a character to become a Super Hero. Most sneakers also have their own “Secret Origin”. The process that it took a designer to get to the final look of a sneaker. What inspired the look of a shoe. What influenced the use of certain materials or colors. So many things in common that I always felt needed to be explored.

These vinyl figures are what I call S.H.S. aka Super Heroes in Sneakers- two things that meant a lot to me growing up and still do to this day. Two completely different cultures mashed together to create a new visual of things most people wouldn’t normally see together. I always wondered what kicks my favorite Super Hero would wear. That’s why I would create these illustrations and now DESIGNER COLLECTIBLE TOYS!

“I will FIGHT for those who cannot FIGHT for THEMSELVES.” The last Hero to round out the DC TRINITY is DIANA. A POWERFUL WARRIOR PRINCESS willing to do whatever it takes to bring JUSTICE to the WORLD. I wanted to depict DIANA having that perfect BALANCE of STRENGTH and BEAUTY. I wanted her to look as RIPPED and ATHLETIC as the male characters I design, but still look BEAUTIFUL. She had to look like she could hang with the BIG GUNS and DEFEAT them if she had to. I also wanted MOVEMENT in this art figure, so her minimalistic, stylized hair flows in the wind to match her flowing GOLDEN LASSO (which Doubles as a SHOE LACE!). I wanted DIANA to have Sneakers that would fit a BATTLE READY WARRIOR of Old. So I took inspiration from some CLASSIC KICKS and gave them a higher collar to mimic a GLADIATOR BOOT. Giving DIANA a Classic Warrior’s shoe with some CLASSIC SNEAKER HEAD STYLE. 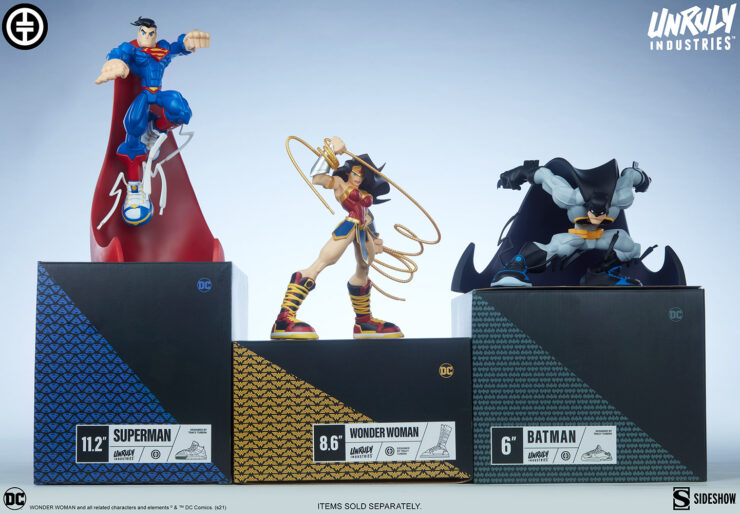 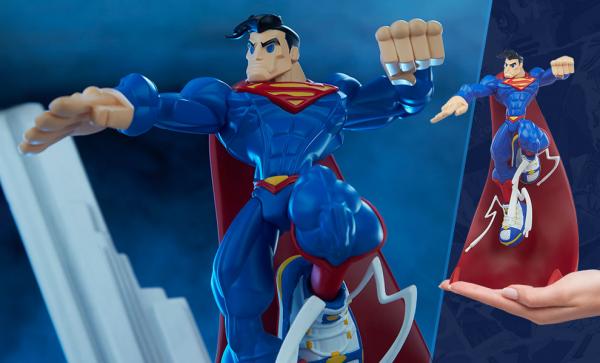 Up Next on Unsealed and Revealed: Hellboy Sixth Scale by Hot Toys