The museum-quality Mirror Universe Sulu Sixth Scale Figure is inspired by the fan-favorite Star Trek: The Original Series episode “Mirror, Mirror,” which sees the crew transported into a Mirror Universe filled with their evil counterparts.

Boasting screen-accurate detailing, the Mirror Universe Sulu figure features a realistic, hand-painted portrait which expertly captures George Takei’s maniacal smirk and scarred visage. The original Terran Empire Uniform is recreated in meticulous detail with attached Terran insignia and medals as well as sewn-in magnets to hold accessories in place. The figure also comes with two phasers (the smaller type 1 phaser and the pistol-grip type 2 phaser), a dagger with sheath, and a communicator with metal flip-up antenna.

With all his weaponry in hand and an evil scheme up his sleeve, Mirror Universe Sulu is ready to lead the Terran Empire’s quest for domination. 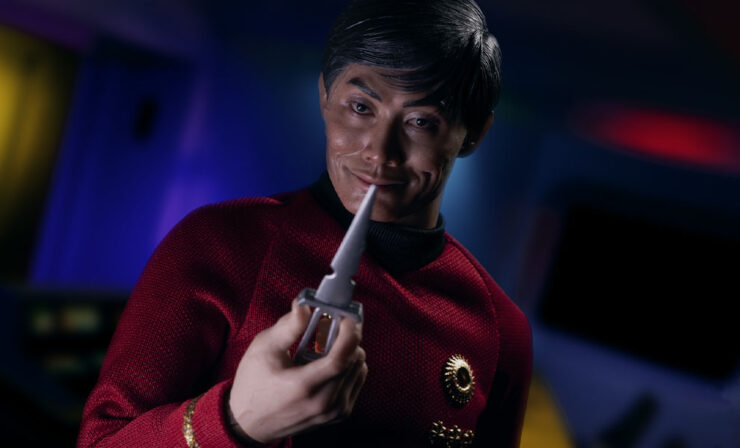 “Mr. Spock has orders to kill you, Captain. He will succeed … apparently. You will also appear to have killed him after a fierce battle. Regrettable, but it will leave me in command.” – Mirror Universe Sulu

Look in the mirror, and who do you see? Is it your reflection or is it some other version of yourself, a version that’s twisted and inverted and willing to do whatever it takes to complete a mission? This is the question that Enterprise crew is faced with when they encounter the Mirror Universe. Within this alternate dimension, their exact counterparts exist — except for a few major differences in personality and moral alignment. Mirror Universe Sulu is most definitely ready for his promotion aboard the Enterprise. It’s all a matter of when and where. 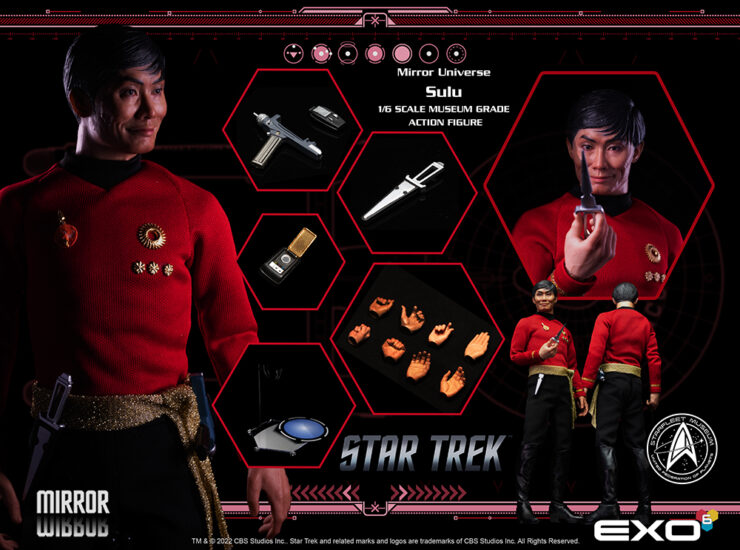 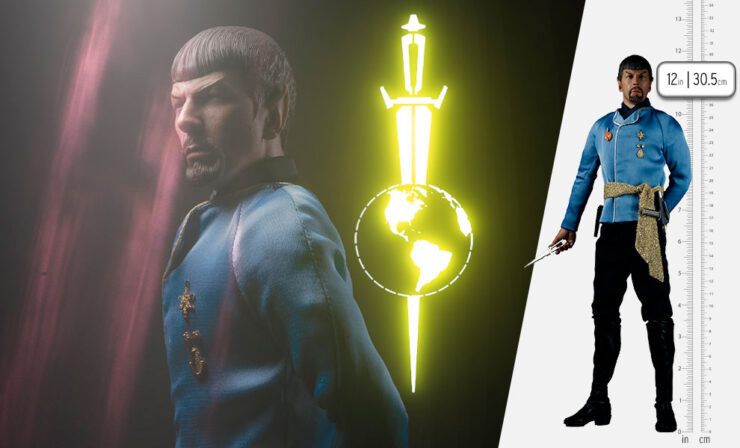 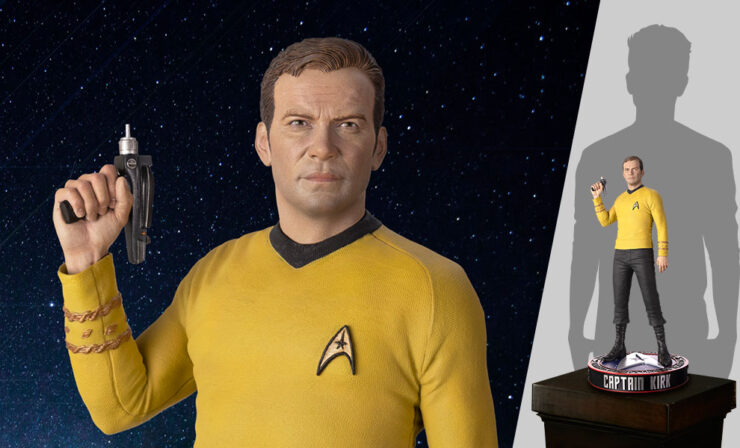 What’s a crew without a captain? The Enterprise needs the leadership of Captain James T. Kirk to help them boldly go where no one has gone before — including your collection! The Captain Kirk Sixth Scale Figure is available to pre-order now.

Confront the dangers of self-reflection with the Mirror Universe Sulu Sixth Scale Figure from Star Trek: The Original Series! Show off your collection over at side.show/geekgroup, and don’t forget to Let Your Geek Sideshow!