The Crow Sixth Scale Figure is highly articulated and features a detailed likeness of actor Brandon Lee in his role as Eric Draven in the film The Crow (1994) from Miramax Films. Resurrected and ready for retribution, Eric Draven / The Crow wears a tailored black fabric costume, which consists of a torn trenchcoat, a long-sleeved shirt with holes and wrapping, pants, and a necklace holding his fiancée Shelly Webster’s ring close to his heart. Finished with a pair of sculpted boots, the undead antihero’s signature look captures the somber tragedy that took place on one fateful Devil’s Night.

Fire it up! Pre-order The Crow Sixth Scale Figure now from Sideshow. 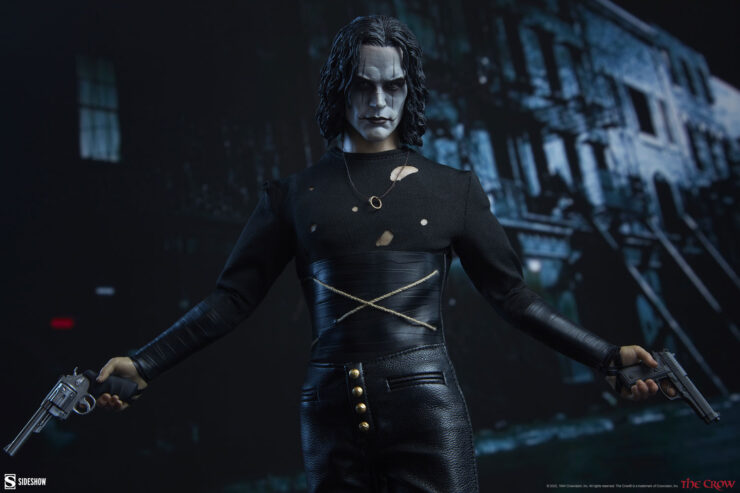 On October 30, a year after his death, Eric Draven rises from the dead to exact vengeance upon his murderers. Thus he becomes The Crow, an antihero and a symbol of hope within a decaying, corrupt city. Eric is even guided by a crow, a bird said to carry souls to the afterlife. Wielding various weapons, a strong sense of justice, and an old guitar, The Crow seeks out those responsible for ruining his life, eventually completely changing his hometown for the better. 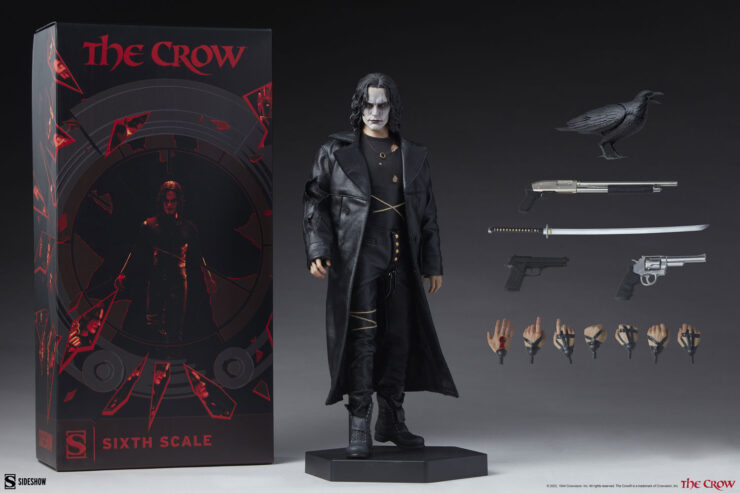 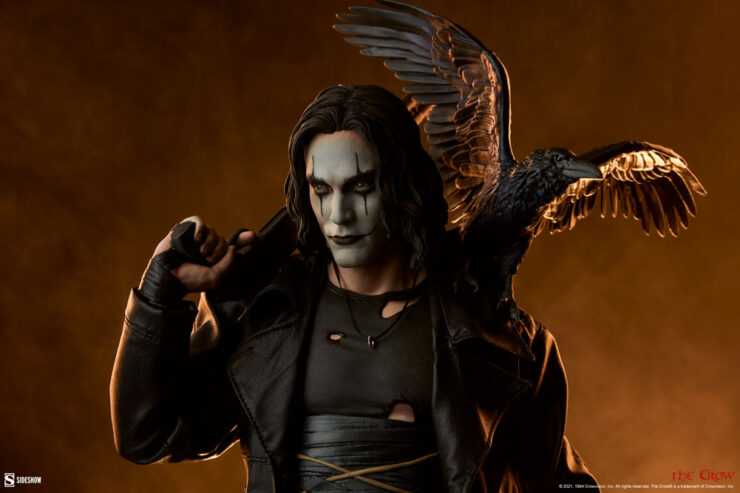 What’s better than one Crow? Two! For collectors who want the full shelf experience, add The Crow Premium Format™ Figure by Sideshow to your display. Here, the undead antihero rests a shotgun on his shoulder while the mysterious crow guides his vindictive path. This statue will surely complement the smaller figure, balancing out your horror collectibles while demonstrating just how much you love this cult classic film. 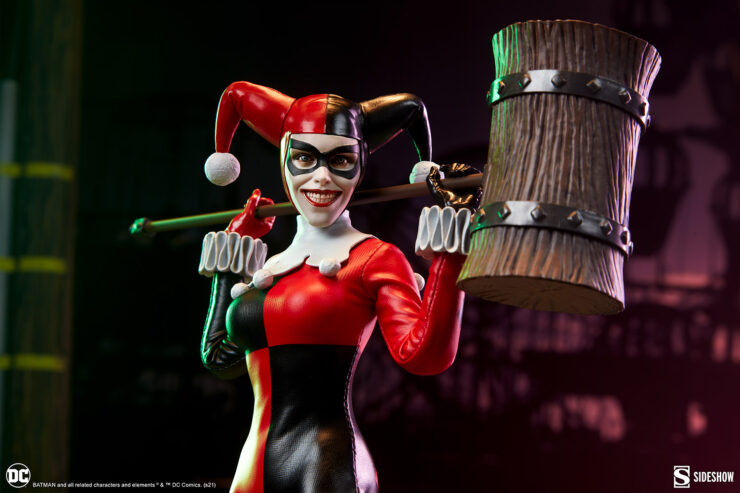 If antiheroes with white face paint are your thing, you’re in luck. The Harley Quinn Sixth Scale Figure by Sideshow isn’t clowning around when it comes to the details. From her jester hat to her mismatched heels, she’s as sinister as they come — and simply elated about it. So keep the killer black, red, and white color palette consistent among your figures and line up Harley with Eric for an epic super hero shelf.

It can’t rain all the time, especially when you add The Crow Sixth Scale to your collection. Show off your figures over at side.show/geekgroup, and don’t forget to Let Your Geek Sideshow!

The New Pinhead and Cenobites in Hellraiser 2022