The Flash has an incredible ability to tap into the cosmic energy known as the Speed Force. The Speed Force is what grants him all of his powers — not just his ability to run faster than lightning but also to conjure lightning itself! He can run on water, vibrate his molecules through walls, and he can even run back in time. But as soon as he changes something in the past, it creates a new timeline.

When Barry Allen decides to save his mother from the hands of his nemesis Eobard Thawne, his one act of heroism ripples through the timeline and everything changes. The Flashpoint event begins, and the only way for Barry Allen to restore the timeline is with Batman’s help. But Flashpoint Batman isn’t who The Flash expects him to be. 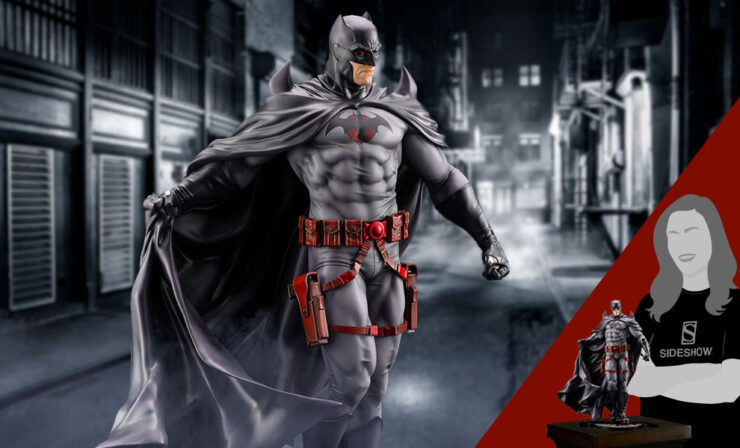 Fans have seen it a million times, and you can almost recognize it just by the drop of a white pearl necklace on the ground. The film is too scary for young Bruce, so Thomas and Martha Wayne escort their son out of the theater. There, in the back alleyways behind the theater, Joe Chill pulls out a gun. But this time, he doesn’t shoot Thomas and Martha. He shoots Bruce. He was just a child.

Joe Chill flees, and Thomas and Martha Wayne crumble into themselves in grief. But both of them deal with grief in dramatically different ways. Thomas decides that the only way forward is to cleanse Gotham of its criminals. He becomes the Batman, dedicated to solving crime throughout Gotham. In order to bring the criminals of Gotham’s underworld directly to him, he opens a casino. With the help of Oswald Cobblepot, he keeps an eye on all the criminals, and learns of their plans both in the shadows and out in the open as the successful Thomas Wayne.

But when he’s not running one of his many corporations, he dons the cowl. In his first act as Batman, he tracks down Joe Chill. He kills him. Ruthless and cold. Nothing can bring back his son, but he can do everything in his power to keep Gotham safe for every other family. He won’t hesitate to fight again. 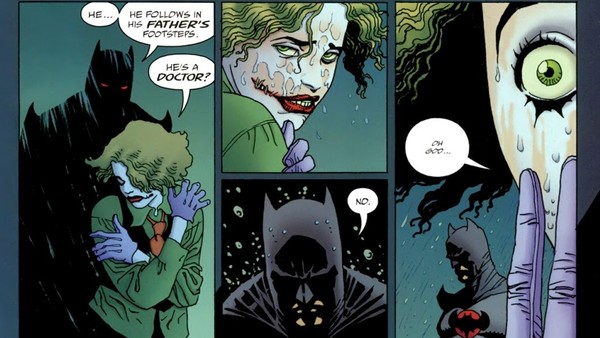 Martha did not respond the same way as Thomas. She couldn’t bear the loss of Bruce. She stopped taking her medication. She stopped eating, and taking care of herself. She stopped smiling. Thomas only wanted to make her smile again, and he did everything in his power to help her. He killed Joe Chill for her. He fought crime for her. But it wasn’t enough. Nothing could bring back her son.

Eventually, she found a smile for him. A smile of madness. She slashed a grin into her cheeks, and with all her rage and grief, she became the Flashpoint Joker. Suddenly, the husband and wife became intertwined in a game of grief and darkness. Martha was completely lost to her insanity, so Thomas fought against her horrible schemes. Along the way, there were many other criminals in Gotham who hoped to stop the Batman.

Unlike Bruce, Thomas had no limits. He was willing to use guns. But more than that, he was willing to kill. It kept the streets safer if the villains were no longer there to cause crime. No matter the threat, no matter the reason, the ends justified the means. He even kills the B-list villain Kite Man. His ruthlessness and strategic expertise kept Gotham safe, but perhaps at the cost of his humanity. 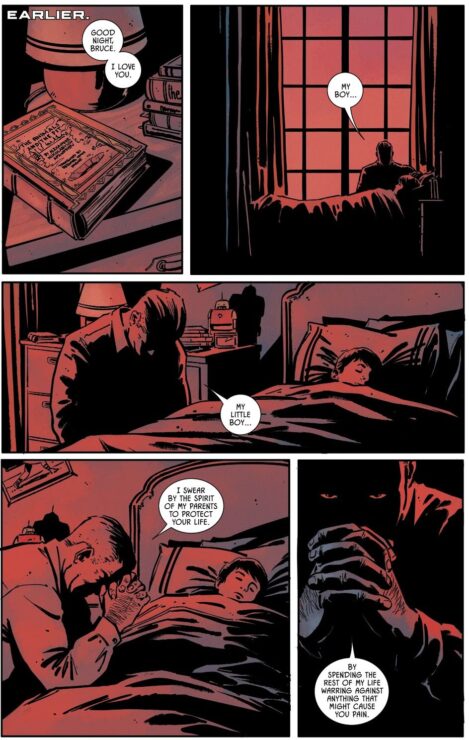 In the original Flashpoint story arc, Thomas Wayne decides to help The Flash get home. He believes that helping The Flash will reset the timeline and erase his world completely. Meanwhile, he had also promised his wife, The Joker, to do everything he could to bring back Bruce. And so he agrees to help The Flash home, sending Barry off with a letter to deliver to his son. The letter reads:

Barry Allen was a man haunted by his past.
But when he became the Flash, he left the ghosts behind.
He found love. A Family. Friends.
Barry thought yesterday was behind him…
…But somebody wouldn’t let him escape it.

When Barry came to me for help, I turned him away.
I’m not the hero of this story.
I’m a man who’s been corrupted by his own unbearable pain,

The first time I met Barry Allen, I nearly killed him.
Like I said, I’m not the hero of this story.

Bruce Wayne read the letter and cried. His father wanted him to have love, and family, and friends. It was a beautiful sentiment, but it would require Bruce to give up being Batman, and he refused. It wouldn’t be long before the timelines crossed and Thomas Wayne, somehow still alive, got to meet his son. And when he realized that Bruce had become Batman, he realized that he had failed. His son chose a life of misery when all Thomas wanted for Bruce was joy.

He made a vow: “I swear by the spirit of … of my parents … to protect your life by spending … the rest of my life … warring against anything … anything … that might you … pain.” And so Flashpoint Batman teamed up with Bane with the goal of once again breaking the Bat. As an excellent strategist, Flashpoint Batman became a true threat unlike any foe before. Batman was literally dragged away from Gotham.

Who is your favorite alternate Batman? Let us know in the comments, and don’t forget to Let Your Geek Sideshow! 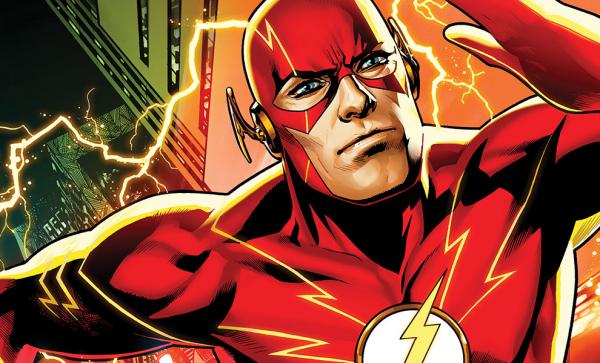 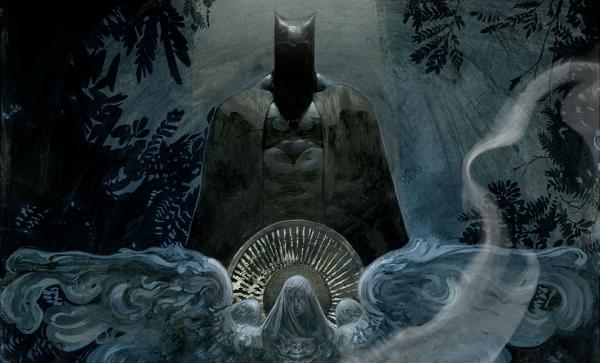 The Birth of Batman
Art Print

Who is Scarlet Spider?