Jason Voorhees is a murderous monster of a man who just can’t seem to stay dead. He combines the hulking menace of Frankenstein’s monster, the ruthless nature of every infamous slasher, and a peculiar sense of pathos given his haunting backstory. But more than just a man, he’s an icon. And the very face of that icon is his mask!

Over the years, Jason’s mask has changed quite a bit — and it wasn’t even a hockey mask at first! In honor of today’s date, Friday the 13th, let’s take a look at Jason‘s most iconic masks.

The very first mask that ever hid Jason’s face: the burlap sack. The sack had a single hole in it for his left eye and used a rope to keep the bag securely fastened onto his head.

It wasn’t particularly complex, but it was iconic enough to result in the nickname “Sack Head Jason.” He certainly traded up in his next appearance. 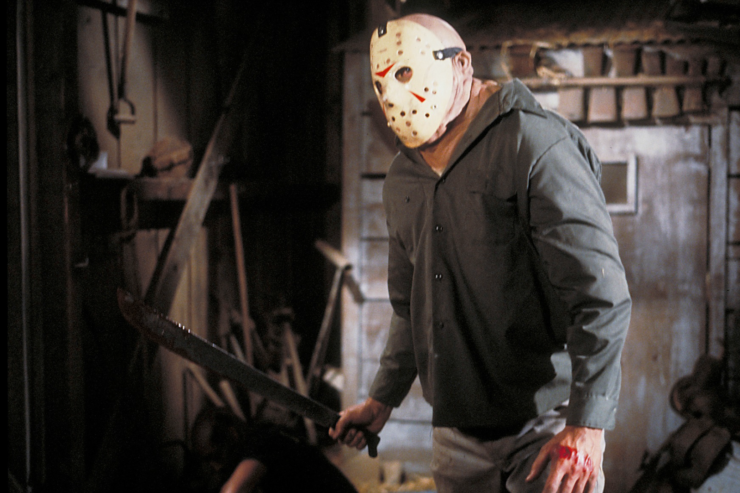 In Friday the 13th Part III: 3D, Jason finally got his signature mask! It’s a classic hockey mask with three red triangles and black straps connected at the top and the sides.

Jason didn’t purchase the mask brand new, though — he stole it from Shelly. And while Shelly used it for pranks, Jason used it to strike terror (and machetes) into the hearts of his victims. 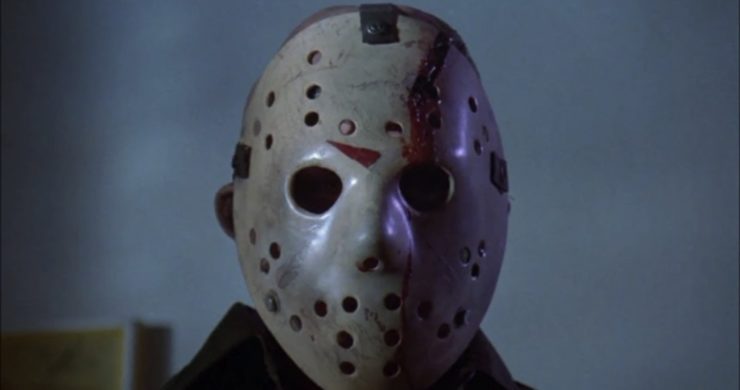 In the very end of Friday the 13th: Part III, Jason got an axe to the head that permanently changed his look.

Naturally, there’s some wear and tear on his mask that ruined the red triangles which once marked the mask. Instead, the triangle above his eyes was worn down, and a deep bloodied gash oozed at the top of his mask. Just a little personal touch!

Friday the 13th: The New Blood

Jason’s mask was all sorts of different in Friday the 13th: The New Blood, but every detail tells part of Jason’s story.

The blade of a motorboat decimated and splintered the lower left side of his mask. The axe mark from Part IV was still there, but the red triangle above the eyes was repainted with a deeper, bloodier red. This mask showed Jason‘s rough past, but it also symbolized him coming back with all-new strength and all-new bloodlust. 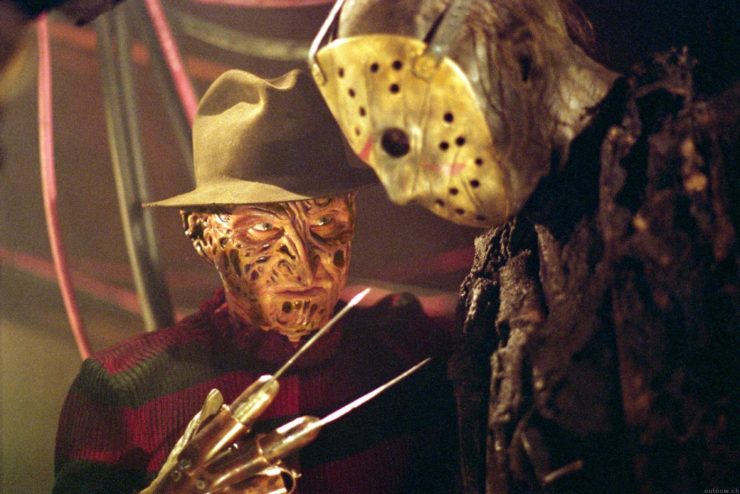 No one could have expected the dangerous crossover between Freddy Krueger and Jason. While his mask appeared to be similar to his Friday the 13th Part III mask, the wicked claw marks scratching from the top left to the bottom right told a whole new story.

Usually the mask covers Jason’s expression, but this time we could see the terror and the danger of the moment. Against a nightmarish enemy like Freddy, even an undead murderer recognizes pure evil.

What’s your favorite Friday the 13th Jason mask? Let Your Geek Sideshow and tell us below, then share your opinions over at side.show/geekgroup!

POLL: Who Is the Best Slasher?