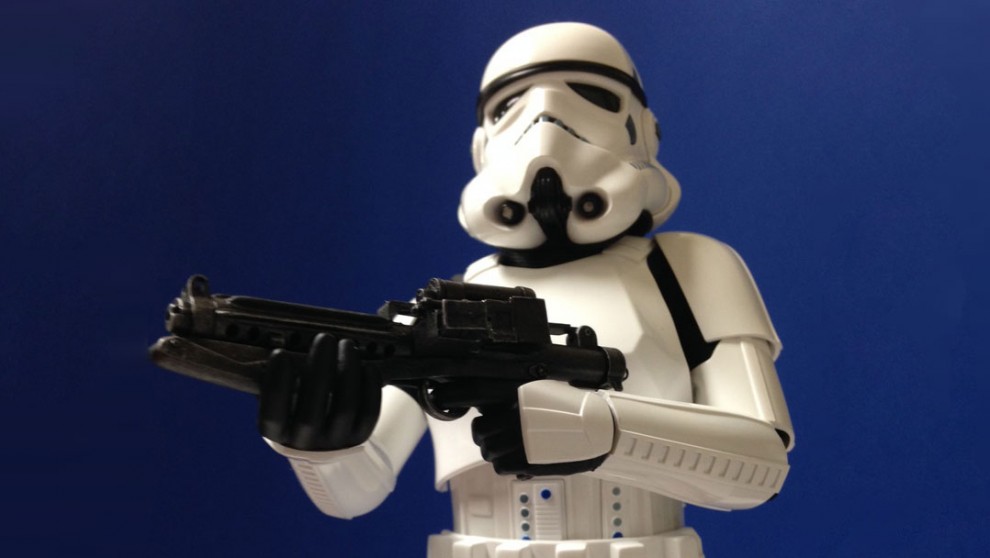 Now, what Star Wars fan doesn’t want to own a Stormtrooper action figure? I do! I’ve never had one like this before, and it’s a freakin’ work of art. 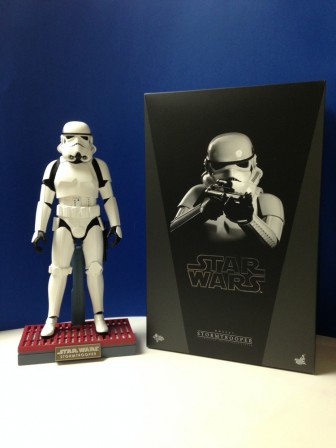 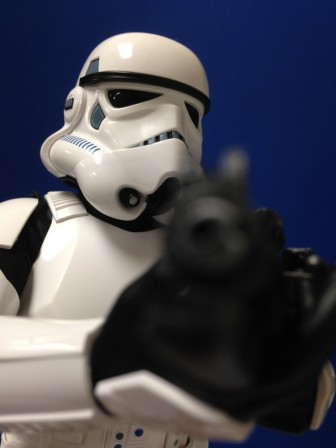 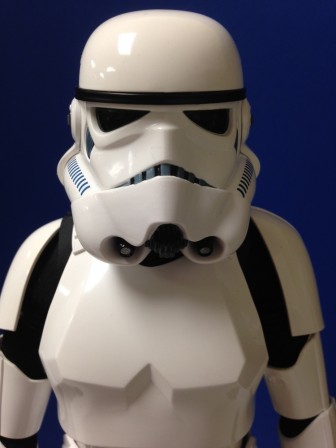 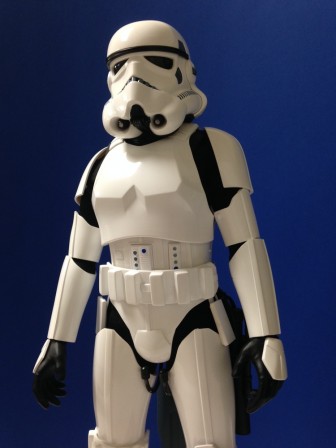 The detail on this thing is wicked cool, and the armor is spot-on with what we see in the original trilogy. The Stormtrooper armor is all-around perfection, and it feels completely authentic. The figure moves around with ease, even with all of the armor. When I first started playing around with it, I was nervous about breaking something, but the more I moved it around and put it in different poses, the more I realized it was a pretty sturdy figure. 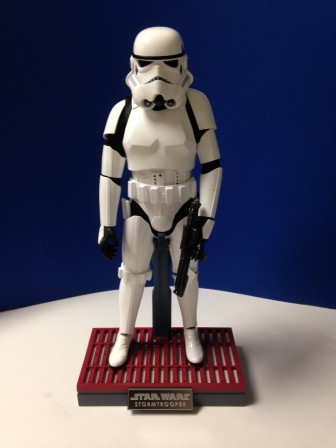 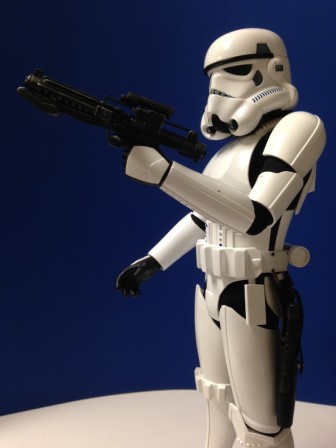 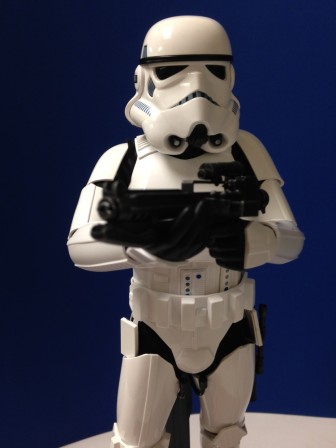 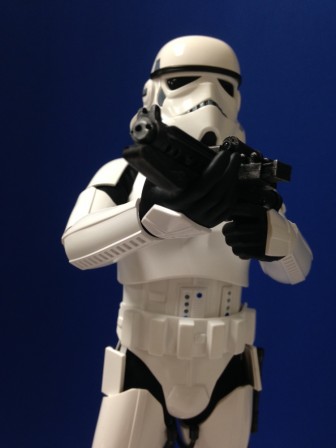 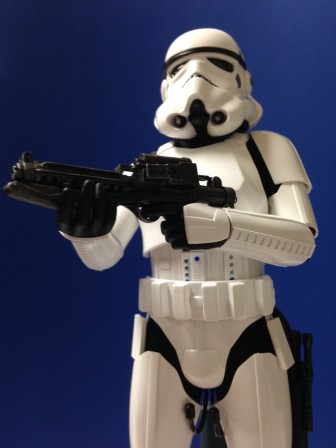 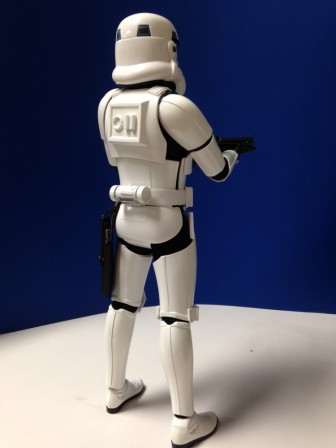 The body model has thirty points of articulation. It also comes along with seven interchangeable hands, the iconic blaster rifle, and a blaster pistol, which fits into a leather holster on the belt. There’s also a cool-looking stand that comes along with it. I should also point out that each head sculpt is specifically hand-painted.

There’s a lot of care that goes into creating these things, and you really learn to appreciate that when you’re holding the figure in your hands and basking in its glory. This is work of art, and a must-own for any fan of Star Wars.