Get the Star Wars Icons: Han Solo Book in Hand for the Holidays- Only Through Sideshow!

Are you looking for the perfect holiday gift for the Star Wars enthusiast in your life?  Look no further than Star Wars Icons: Han Solo, a new book from Insight Editions that features everything you could ever want to know about Han Solo himself, from the screen to the page and beyond.

Star Wars Icons: Han Solo is exclusively available in time for the holiday season through Sideshow.com, so you won’t have to make a last-minute Kessel Run to find that perfect galactic gift for someone special.  Pre-order now and save 20% on this definitive guide to everyone’s favorite smuggler.

Star Wars Icons: Han Solo covers the character’s entire journey, from his genesis in George Lucas’s first drafts of Star Wars to Harrison Ford’s iconic performances in the original three films and The Force Awakens, and the character’s rebirth in Solo: A Star Wars Story.

The book also takes an in-depth look at Solo’s role in the Star Wars expanded universe, through novels, comics, video games, and more, and the indelible impression the character has made on pop culture.  This is a must-have for fans across the galaxy!

You can pre-order the Star Wars Icons: Han Solo book through Sideshow right now!  Get it in time for the holidays and give an unforgettable gift to the dashing rogue rebel in your life.

Looking to add to your galaxy of Star Wars figures?  Check out all that Sideshow has to offer- from Jedi to Sith to smugglers and more. 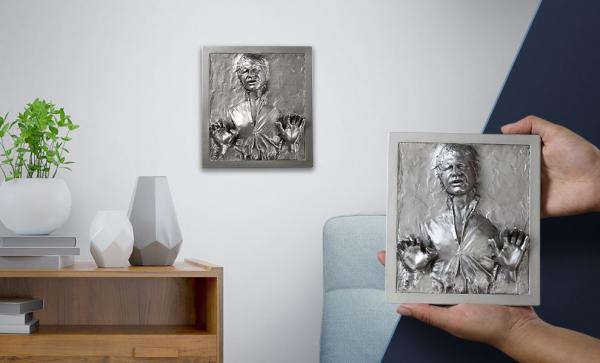