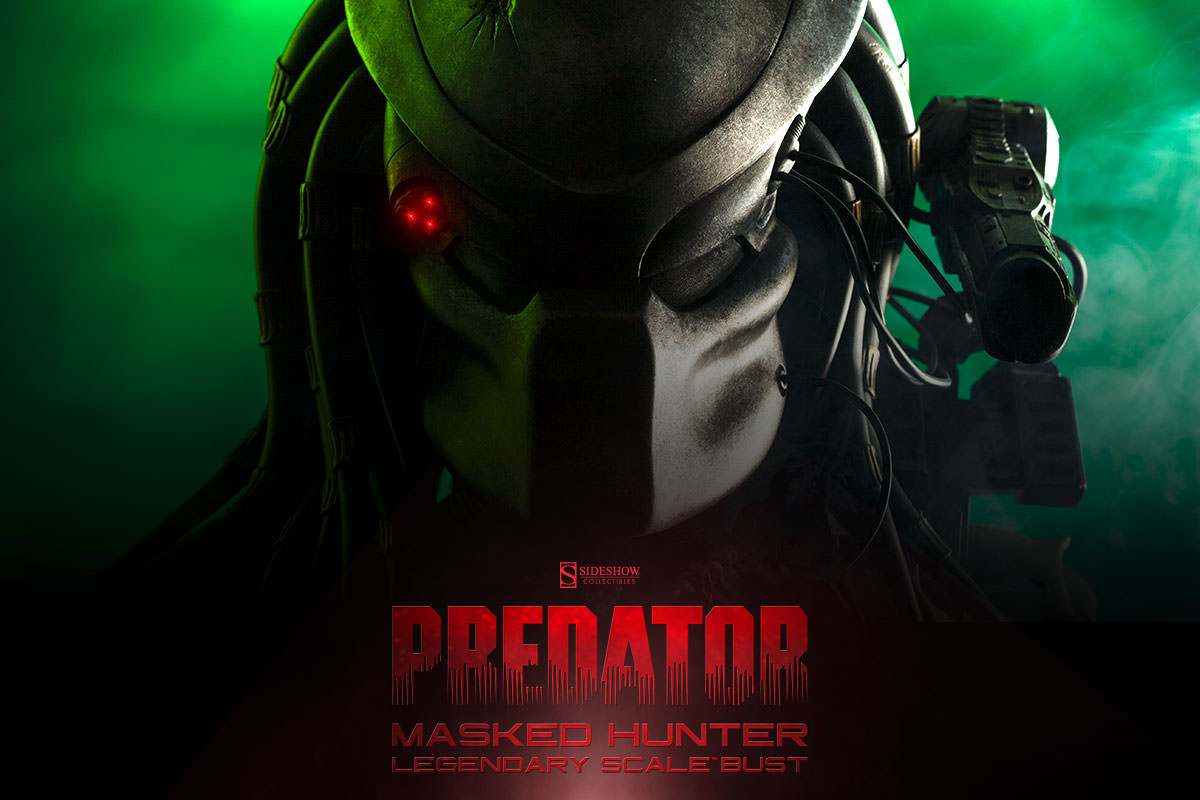 Based on Stan Winston’s original Predator design for the hit 1987 sci-fi action film, Sideshow’s artists have faithfully rendered one of Hollywood’s most terrifying monsters just as he appeared in the jungles of Val Verde, hunting Dutch Schaefer and his crew. 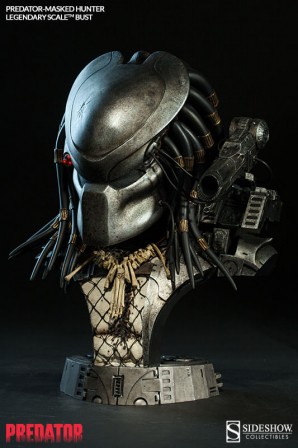 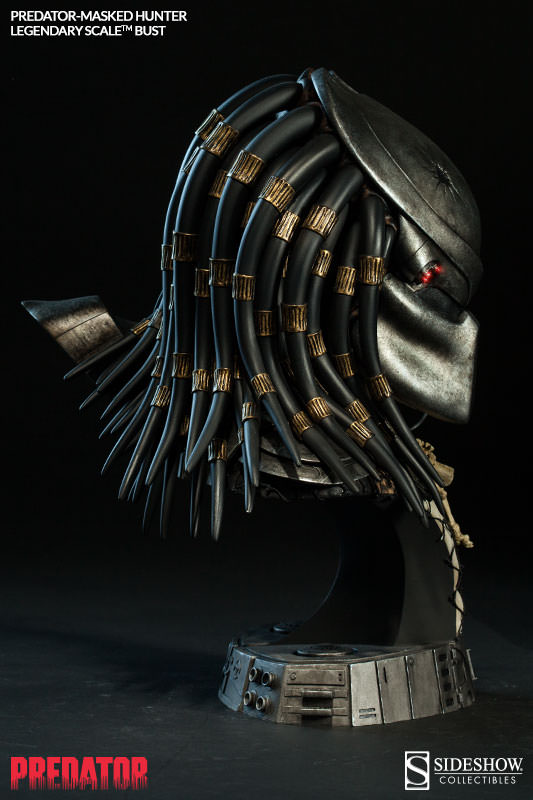 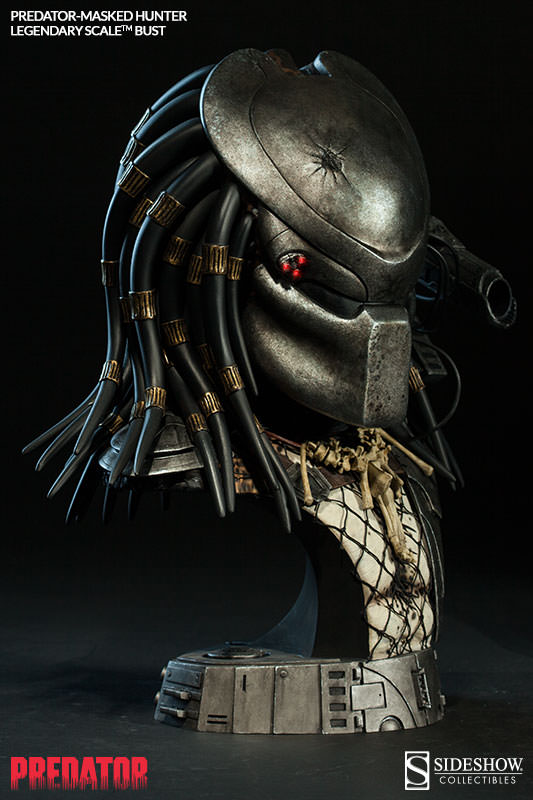 Standing 17″ high on a uniquely themed base, the Predator comes to life with remarkable attention to detail and eye-catching costuming elements, including real fabric netting and an ornate ‘trophy’ necklace of threaded bones.

Disguised behind his formidable bio-mask, the vicious hunter is equipped with his impressive shoulder-mounted Plasma Caster, complete with light-up red tri-laser target designator. 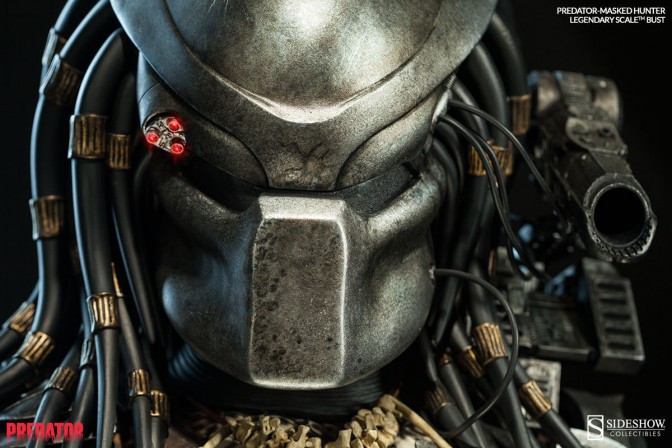 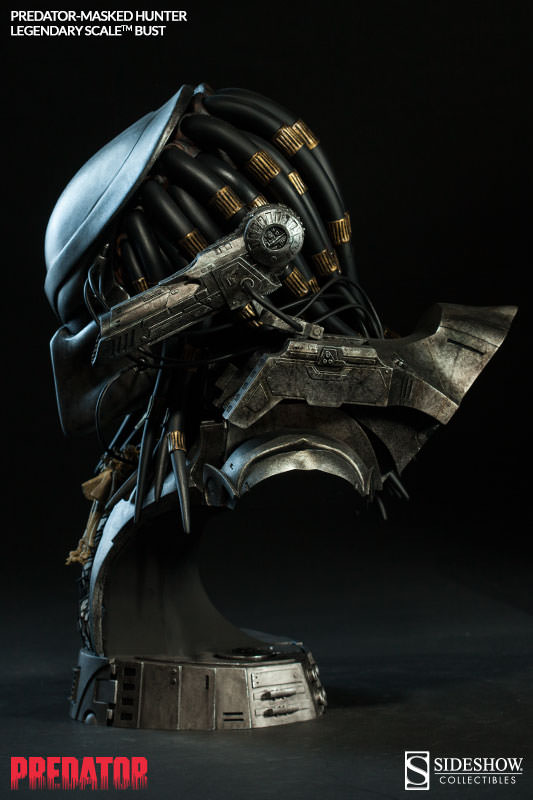 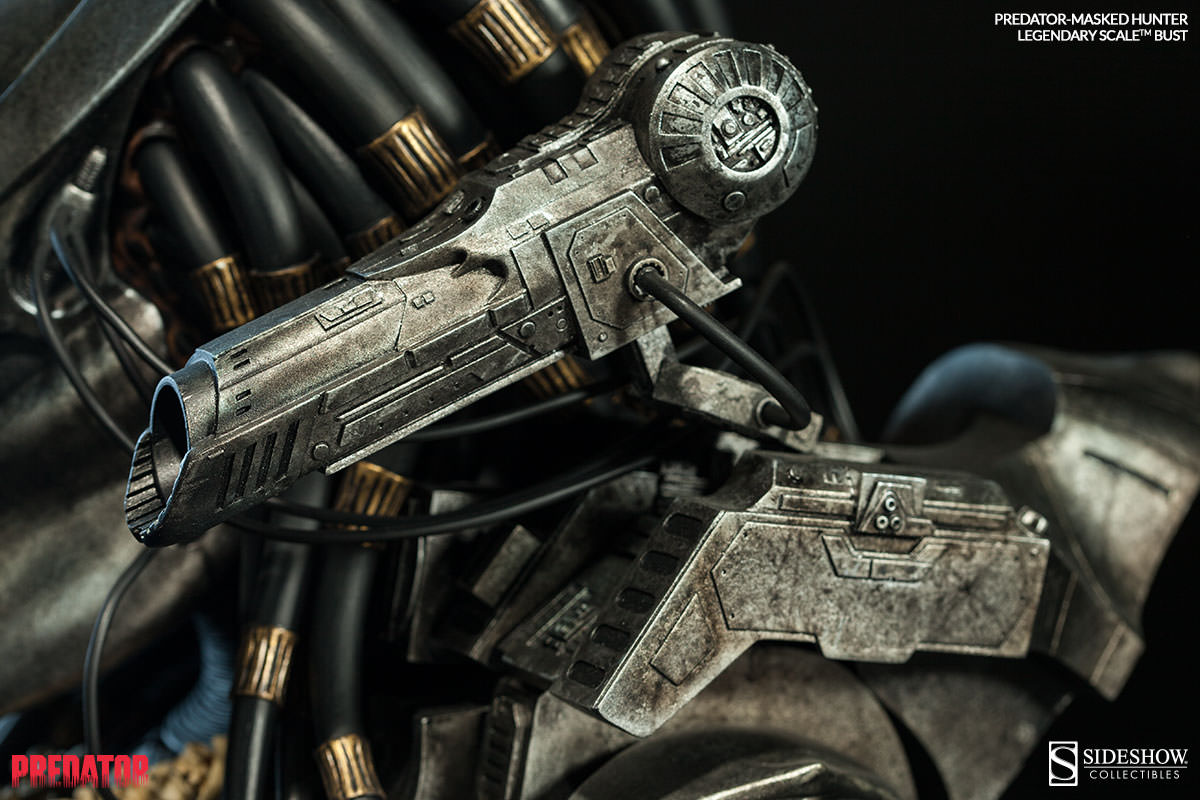 The Sideshow Exclusive version will include an accompanying ‘Predator’ film nameplate (shown below). 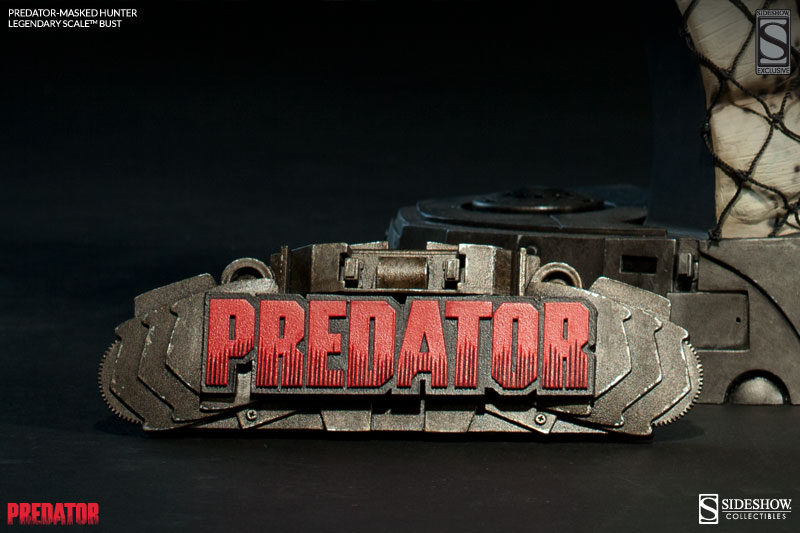 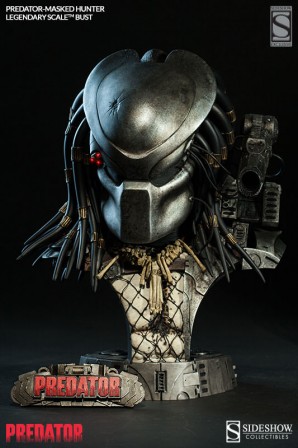 Displayed on its own or alongside other Predator Legendary Scale™ Busts, the Predator – Masked Hunter bust will make an outstanding addition to any Predator collection! 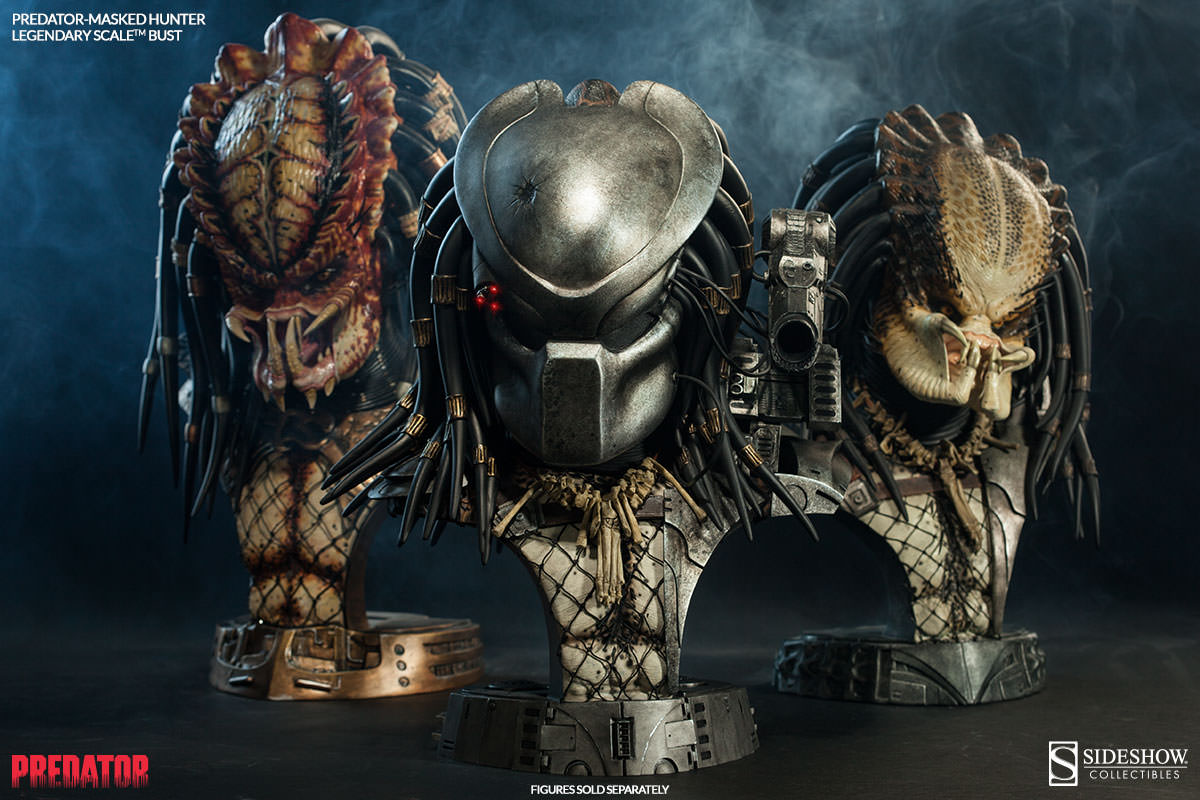 The regular and Exclusive versions of the Predator bust will be priced at $389.99, with optional payment plans available.
Preorders begin this Thursday, June 5th.