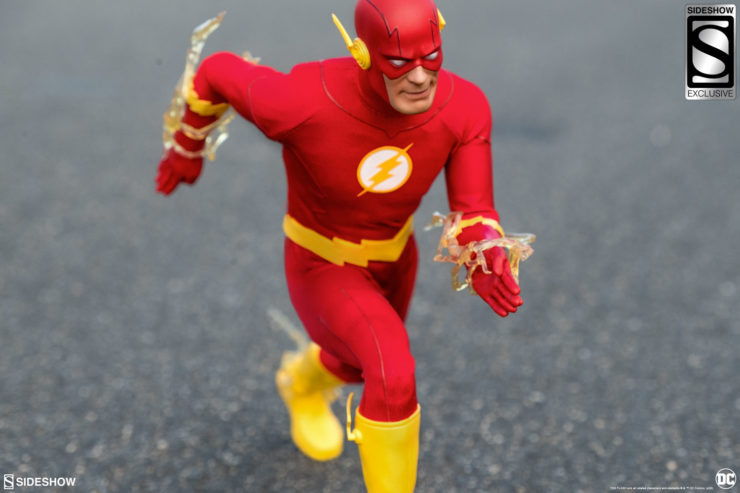 Greetings, figure fiends! Do you manipulate more joints than Royce Gracie? Can you drape a cape better than Lando Calrissian? Think you’re ready to strut your stuff on the sixth scale catwalk? Well, get your best figure-stylin’ game on, Posers…because we’re doing a new contest series just for you!

Welcome to Sideshow’s Pose of the Day Challenge, hosted by Sideshow’s own Posemaster General, Terry Smith (How to Be a Poser, Strike a Pose)! Here’s how it works:

With every installment in this new series, all of you in Sideshow’s Posing Posse™ will receive the day’s official prompt from Terry Smith. The prompts will appear on Sideshow’s Facebook and Instagram social media accounts.

After the prompt drops, all participating Posers will have a limited entry timeframe (dates specified in each prompt announcement post) to pose the licensed sixth scale figure of their choice as best as they can. Anything goes, as long as the pose fits the description given by the prompt. (Also, keep your poses PG, there are children present!)

Once you’ve got that pose dialed to perfection, take a picture of it, then drop it onto your Facebook or Instagram account. In your entry post, be sure to tag the official Sideshow account (Facebook: @sideshowcollectibles) (Instagram: @sideshowcollectibles) and use the hashtags #SideshowPosingChallenge and that day’s official unique hashtag, revealed when the original prompt is posted. Judging begins after the prompt closes, with winners being announced following the judging period. After the winner is announced for the previous prompt, we will announce the next challenge.

We will feature our favorite entries for each prompt on the Sideshow Blog and social media, but there will only be one overall winner for each Pose of the Day. Each day’s winner will be officially announced in the blog updates, so be sure to check back to see if you are the lucky poser!

The chosen winner of each Pose of the Day Challenge will receive a highly-sought-after Sideshow Birthday Pin! These limited edition pins will add a BURST of flair to your outfit as a proud badge of victory.

Are you ready? Gathering your collection for a chance to create some prize-winning poses? Our first Pose of the Day Challenge prompt will drop on Wednesday, March 25th, so you have some time to prepare. We can’t wait to see what you can come up with, so… ready, set, POSE!

In the meantime, if you’re looking for some tips and tricks to crafting the perfect pose, study up on Sideshow’s How to Be a Poser series, where Terry Smith walks you through how to get the most expression and realism out of your sixth scale figures.

A Cat with More Than Nine Lives: The Many On-Screen Faces of Catwoman