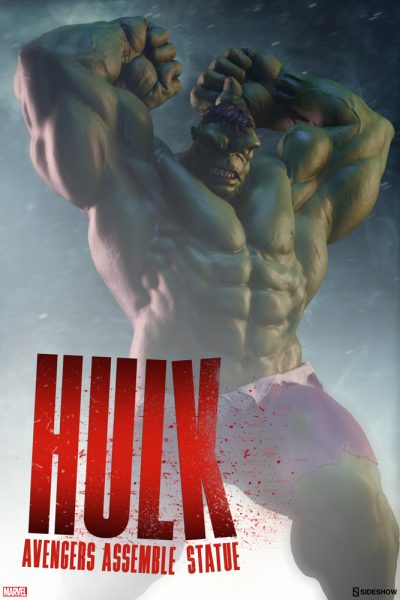 Hulk is stronger than anything!

Sideshow is proud to add a new member to our 1:5 scale Avengers Assemble series, the irradiated, irritated, Incredible Hulk!

Inspired by some of Marvel’s most iconic superheroes, the Avengers Assemble statues capture the classic, colorful looks of Earth’s mightiest heroes as they leap into action.  The Hulk Statue is the latest addition to this epic collection. 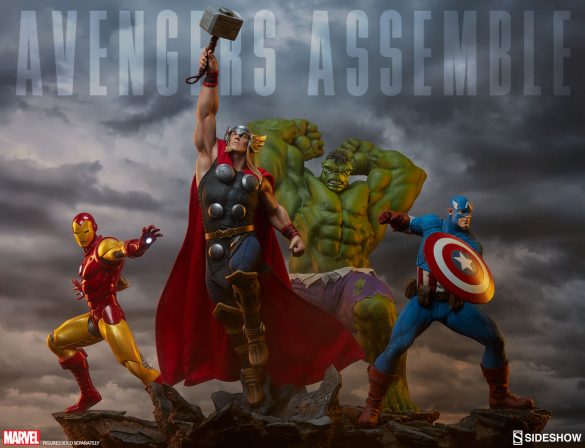 The Hulk stands at 24” of pure gamma energy, crafted with massive amounts of detail in every inch of this huge hero. Ready to bash his puny foes, he is posed with his fists raised high and his torso turned to capture the dynamic motion of his signature Hulk SMASH! The Hulk’s grimacing portrait features a large brow and shaggy hair, reminiscent of his early appearances in Marvel comics. 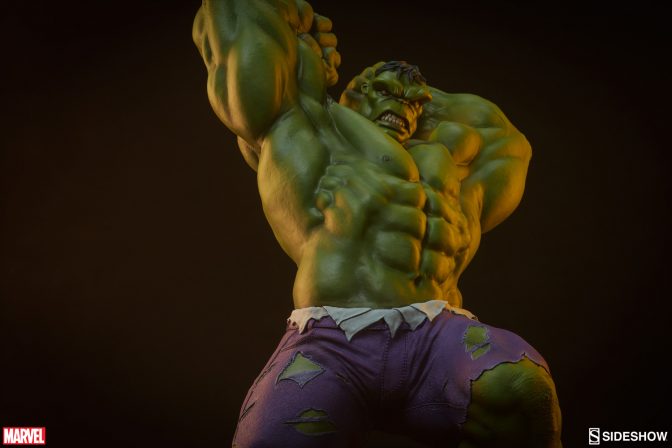 Hulk’s great green body has been sculpted with incredible musculature, and even has lifelike skin textures on his elbows and knees. His signature purple pants are intricately sculpted with a detailed, realistic fabric-like appearance, as if they are actually tearing as a result of Bruce Banner’s monstrous transformation. 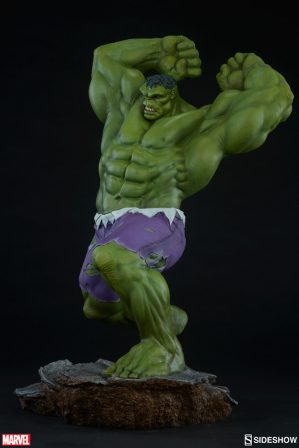 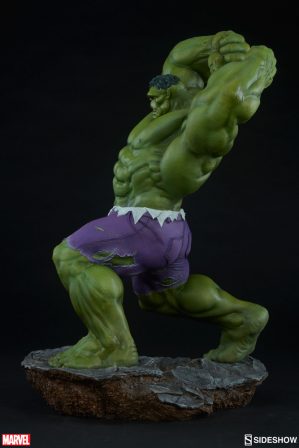 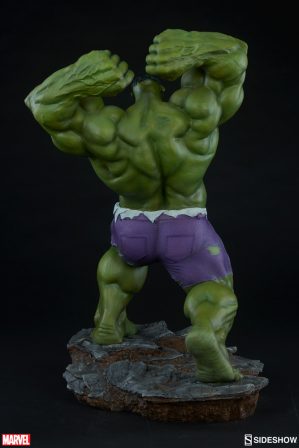 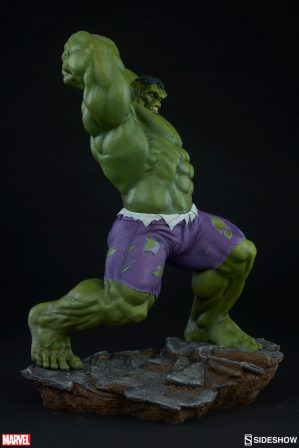 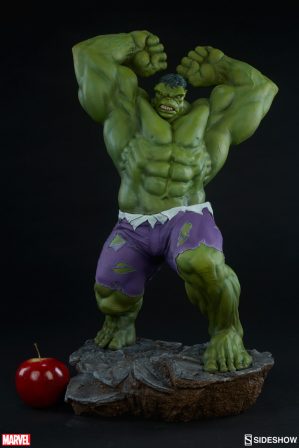 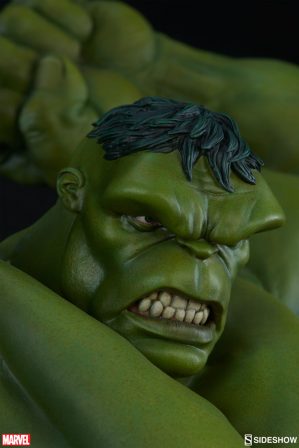 The earth cracks under Hulk’s mighty feet at his base, similar to the bases of his fellow Avengers. Display him with his teammates to create an epic diorama or let him stand alone in this action-packed statue. 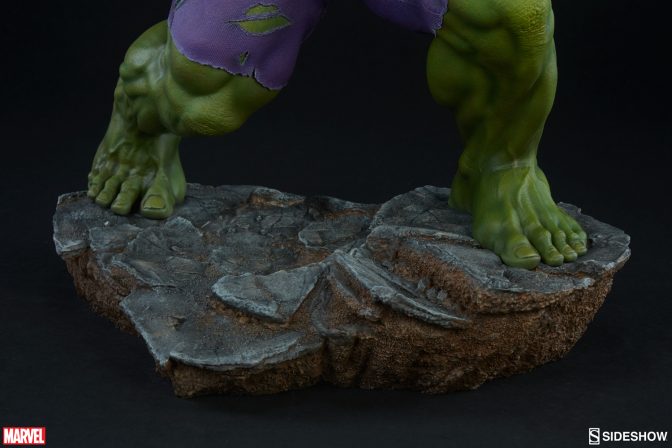 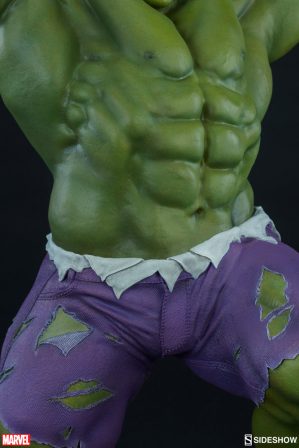 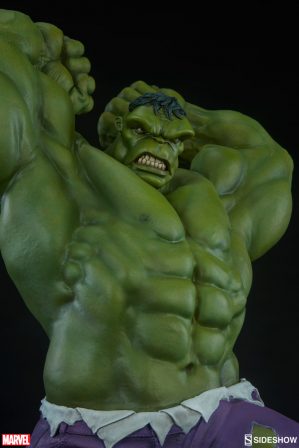 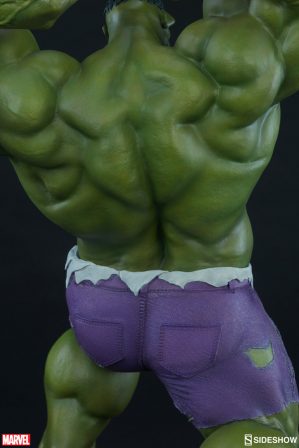 The Exclusive edition of the Hulk Statue features a unique swap-out portrait with an open-mouthed expression and a different hairstyle, for an additional display option when crafting your perfect Avengers lineup. 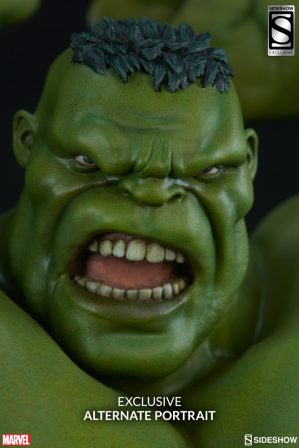 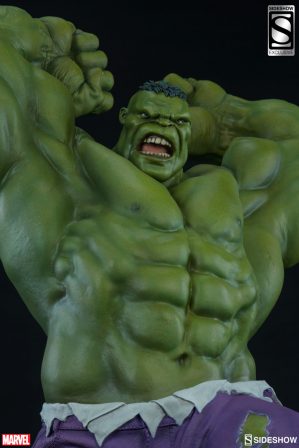 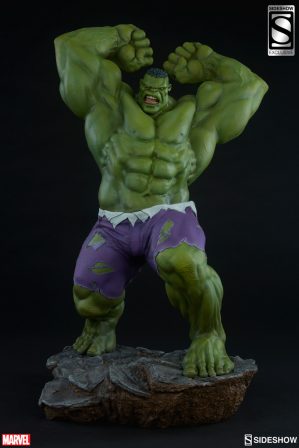 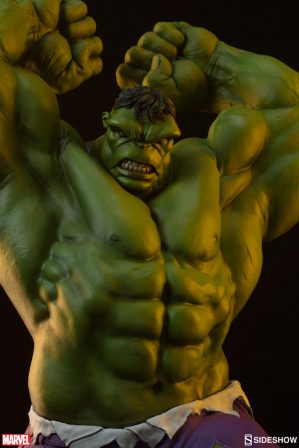 Also be on the lookout for Grey and Red Hulk statues coming to the Avengers Assemble lineup. These pieces will team up perfectly with Iron Man, Captain America, and Thor! 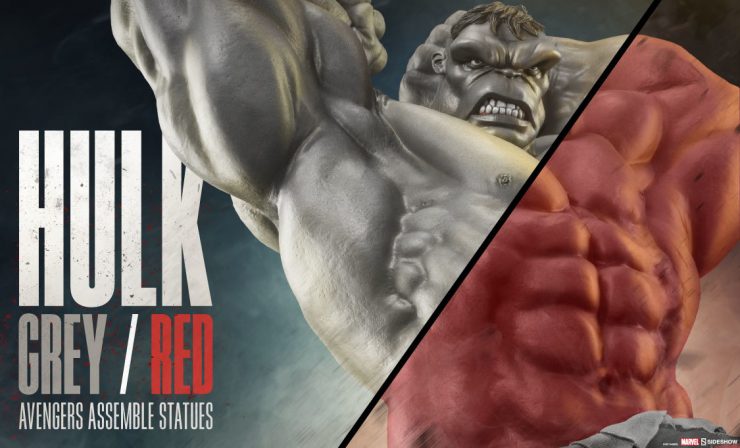 The Grey Hulk Statue will feature his classic grey coloring, while the Red Hulk will have a brand new head sculpt that will not be included in the green or grey versions.  Your chance to order these two new Hulks will be happening in the future, so be sure to sign-up for updates through our RSVP link on the Preview Page!

Which Canceled TV Show was Gone Too Soon? Take our Poll and Let Us Know!