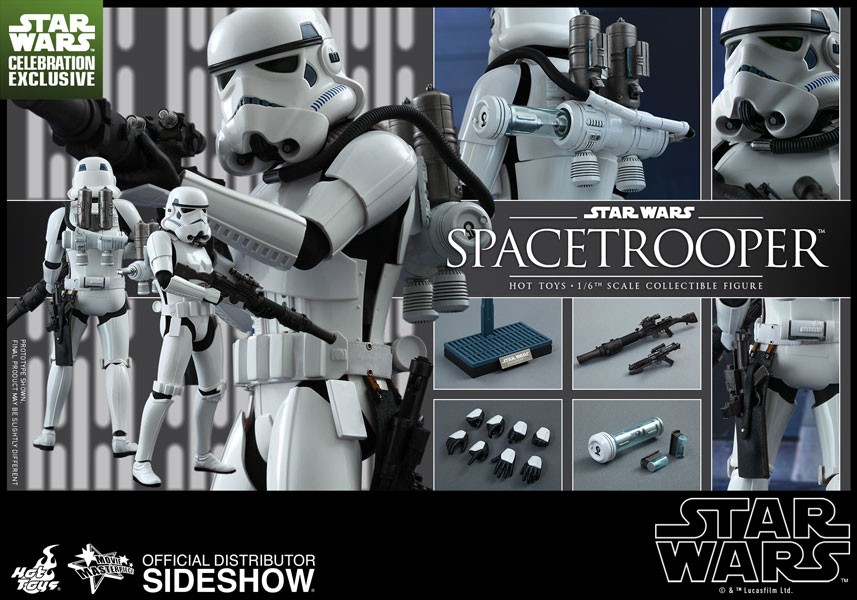 Assigned to operate in Zero-G environments, true Star Wars fans will remember these troopers made an appearance when the Millennium Falcon was first captured by the Death Star.

The highly-accurate collectible figure is specially crafted based on the image of Spacetrooper in Star Wars: Episode IV A New Hope. This specialized trooper features beautifully crafted armor and helmet, a rebreather unit with detachable parts, two types of blasters, and a specially designed figure stand. 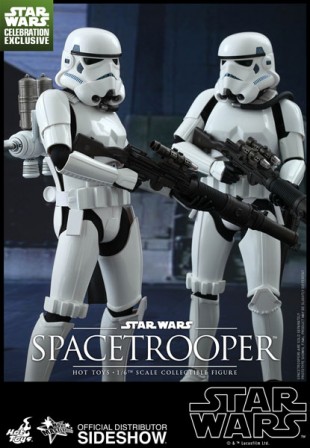 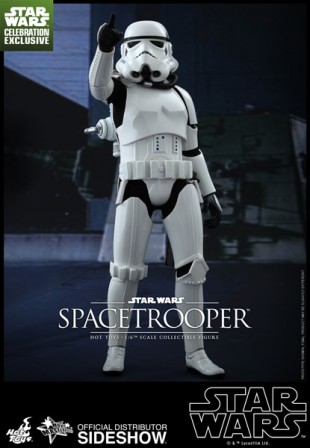 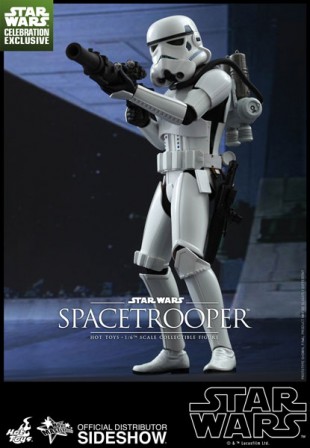 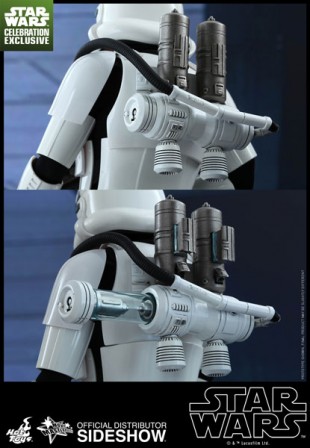 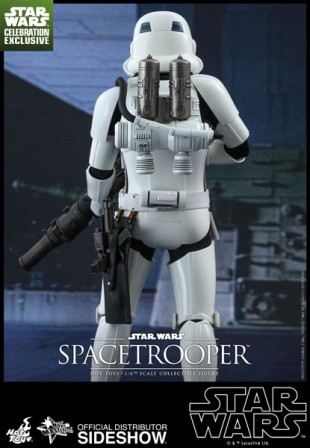 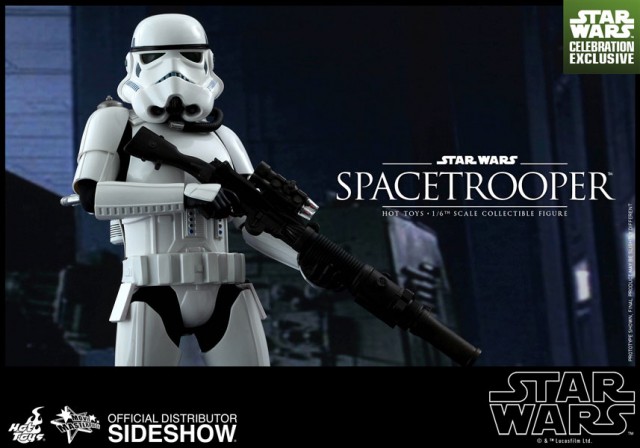 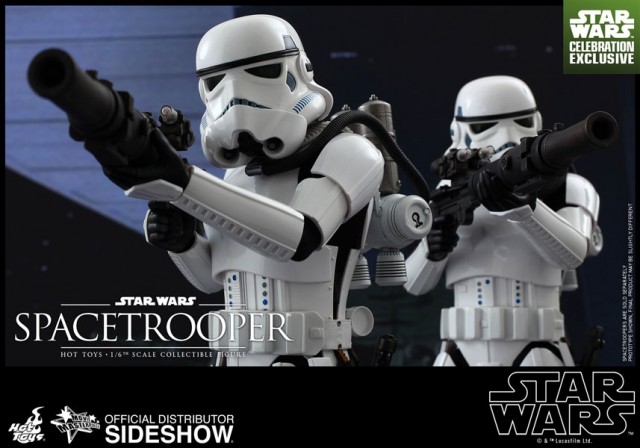 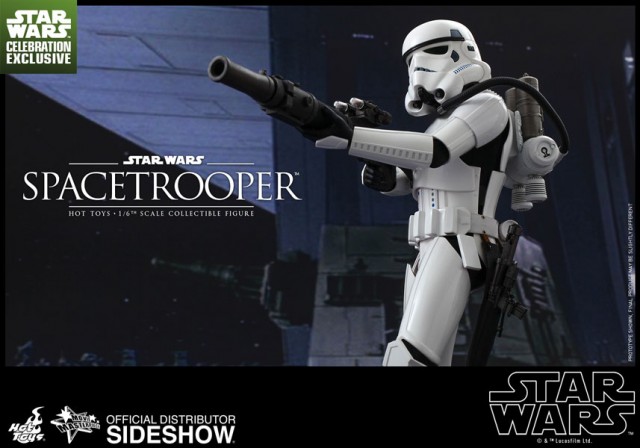 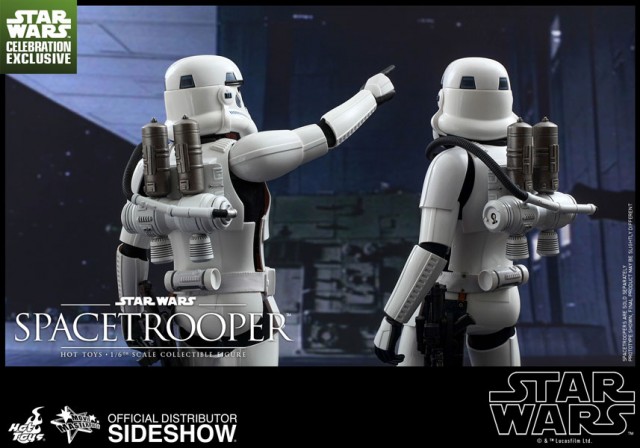 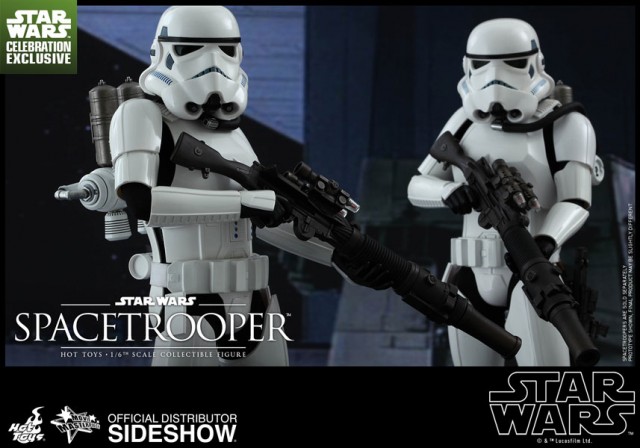 The Exclusive Spacetrooper Sixth Scale Figure will be available tomorrow, April 15th (online only) at Sideshow.com. Be sure to check out all of our new Star Wars figures and collectibles!
[store-items skus=”902381″]

We're on our way to Star Wars Celebration!