Is black and gold the new red and blue?

The friendly neighborhood superhero has continued to share new looks in multiple movie appearances and got fans amazed with his upgraded gadgets. The new Spider-Man (Black & Gold Suit) figure draws inspiration from the character’s unusual and eye-catching appearance in the upcoming movie Spider-Man: No Way Home. To prepare fans for Spidey’s return, this expertly crafted sixth scale figure is inspired by Tom Holland’s appearance as Peter Parker/Spider-Man in the upcoming movie, wearing one of the film’s featured suits.

Check out the first unboxing video for this detailed piece and find out even more about the Spider-Man (Black & Gold Suit) Sixth Scale Figure as host Guy Klender walks you through every aspect of the collectible experience, from the packaging to the mysterious suit’s meticulous design.

The Spider-Man (Black & Gold Suit) Sixth Scale Figure features a detailed and realistic hand-painted unmasked head sculpt, as well as a separate masked head sculpt with multiple pairs of interchangeable eye-pieces to create a variety of expressions. In addition, the figure includes an intricately tailored suit that perfectly replicates his movie appearance down to the finest detail, as well as a selection of accessories including mystic spider-web effects, a Spider-Man mask, a mystic arts effect that can be attached to the figure’s chest, assorted web-shooting effects, and more!

Spider-Man fans can expect all the articulated posing fun and action as Hot Toys’ previous Spider-Man figure releases, maintaining the high quality and screen accuracy that collectors love. With the dynamic figure stand and variety of web accessories, you can create cinematic leaping, jumping, and swinging poses to give Spidey a powerful presence in any Marvel display.

Be sure to add this unique new Spider-Man to your wall-crawler collection and see the Black & Gold suit in action when the eagerly awaited film premieres.

Will you be webbing up this Spider-Man for your collection? Let Your Geek Sideshow and tell us in the comments below! 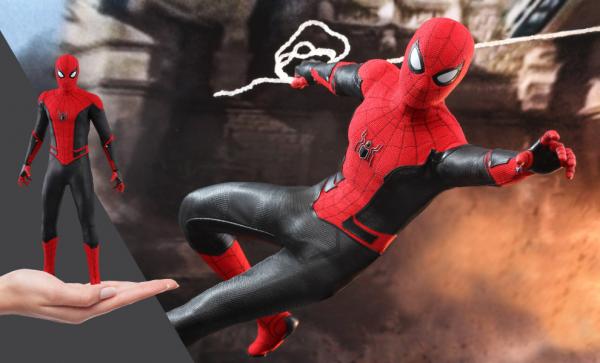 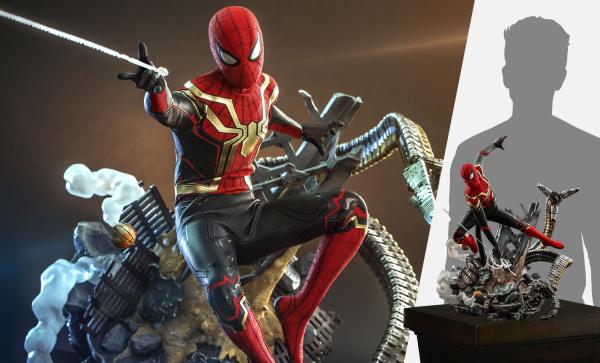 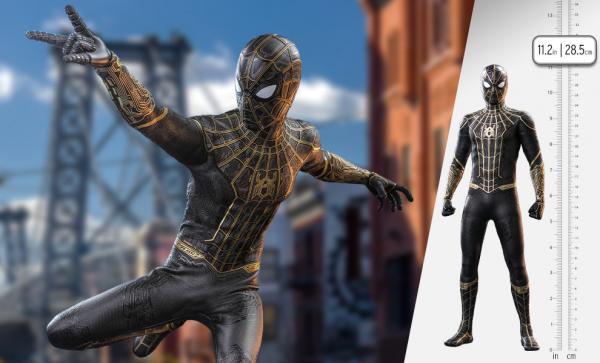