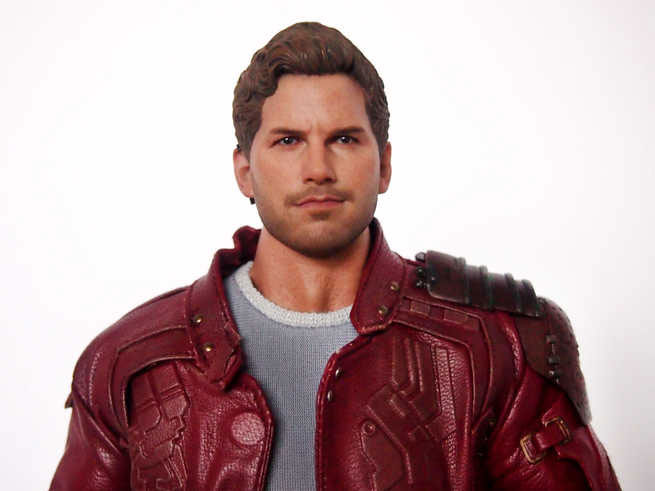 Hot Toys has created a Star-Lord movie-quality figure so great you half-expect it to make punny remarks in Chris Pratt’s voice. Let’s check it out…

Packaging: The packaging on the Star-Lord figure is more streamlined than what we normally see from Sideshow Collectibles and Hot Toys, but that doesn’t make it any less pretty. This figure was easier to access in its cardboard slip-cover, and the interior accessories (of which there are an abundance) are incredibly efficiently organized and stored in the plastic inset.

The cardboard sleeve in which the boxed figure arrives is still gorgeously designed. The action-oriented image of Star-Lord firing his weapon is splashy and eye-catching; the expectation of Chris Pratt’s Peter Quill as Star-Lord is set very high and the figure delivers on that promise. And the interior box in which the figure sits is reminiscent of the police lineup sequence from the film, a fun nod to the figure’s movie roots. 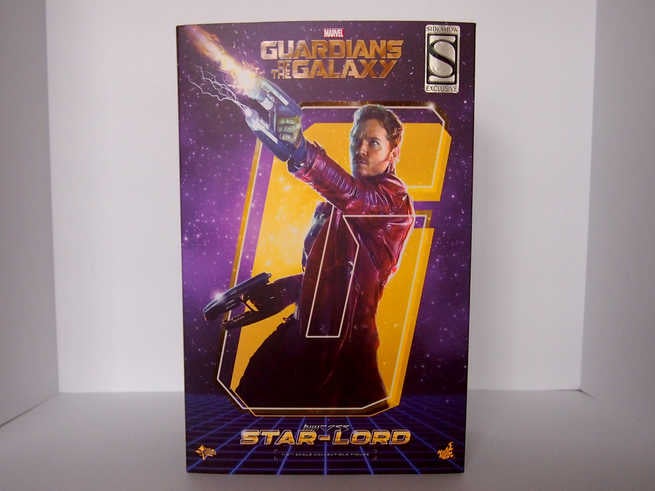 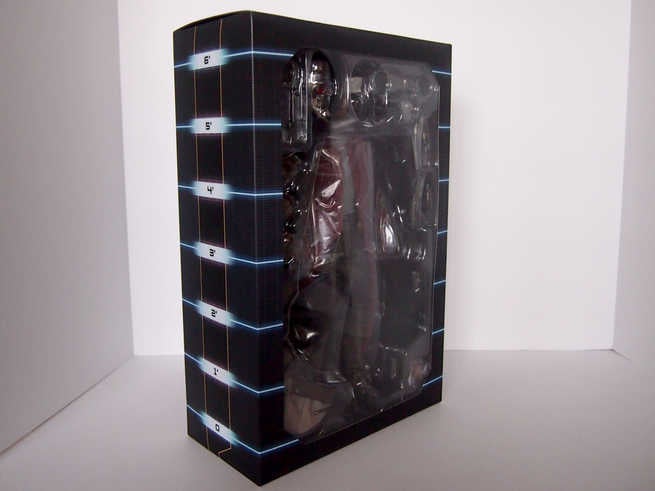 Aesthetic: When it comes to aesthetic quality in collectible figures, Sideshow and Hot Toys figures are the cream of the crop, and Star-Lord is one of their finest figures. The likeness to Chris Pratt as Peter Quill and Star-Lord stops shy of creepy-uncanny. The figure is beautifully crafted, with careful attention to coloring detail, from the irises in the eyes to the highlights in the hair and the mustache / soul patch / five o’clock shadow combo from the film. The figure also comes with an alternate head, a Star-Lord’s helmet with eyes that light up. 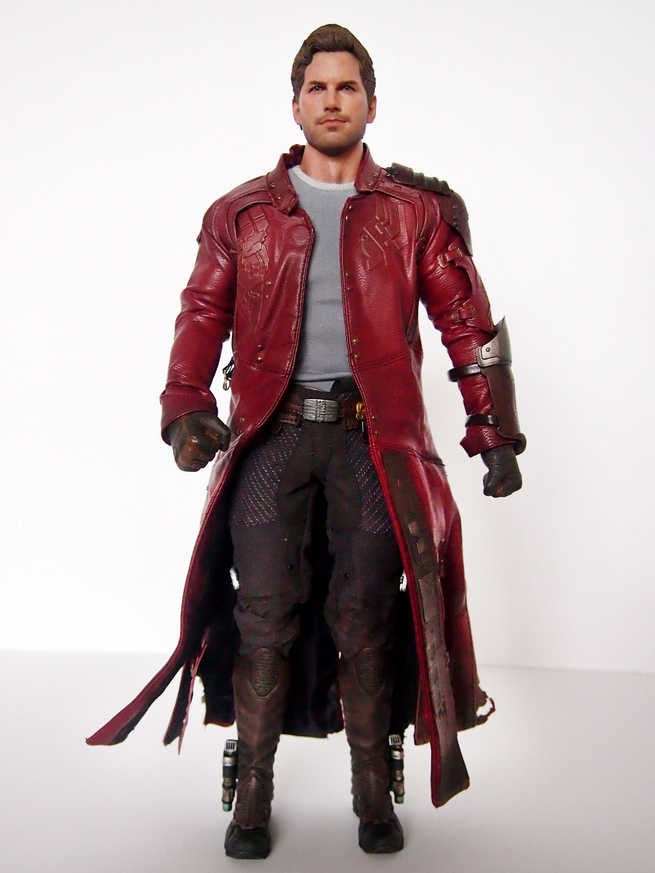 What really sets this figure apart, though, is the attention to detail the design team invested in the costuming. The most iconic piece of the costume, Quill’s leather coat, is a finely-made garment covered in as many panels, patches, closures and seams as the coat sports in the Guardians of the Galaxy film. The figure even comes with extra closure replacements in various colors, in case you lose one here or there over the course of the life of the figure, a wonderful detail for the design team to think of. The coat is frayed, the interior lining distressed independently of the leather exterior (just like a real coat would be after years of salvaging and space battles). The team even included a large-stitch panel repair on one of the coat’s back tails. 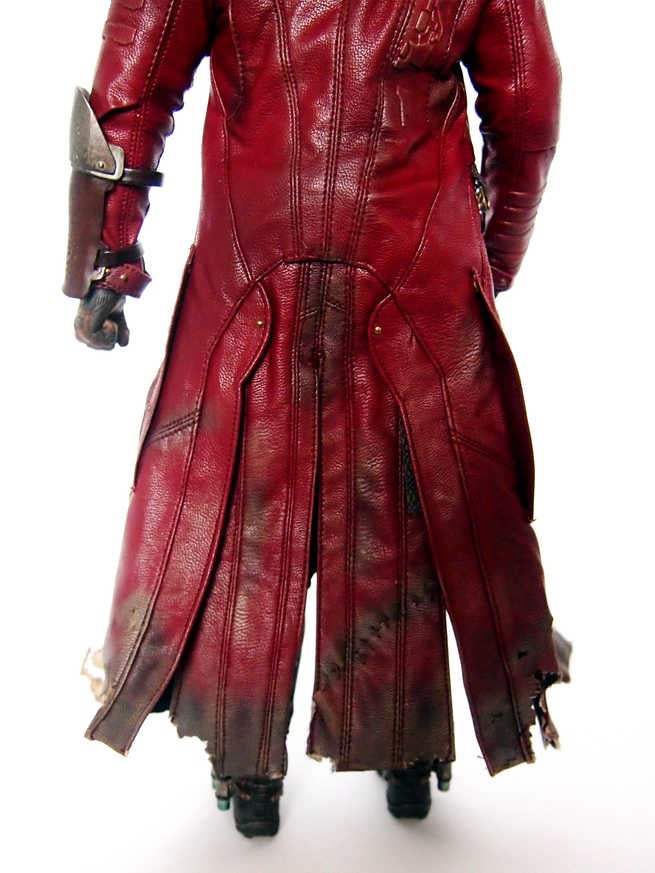 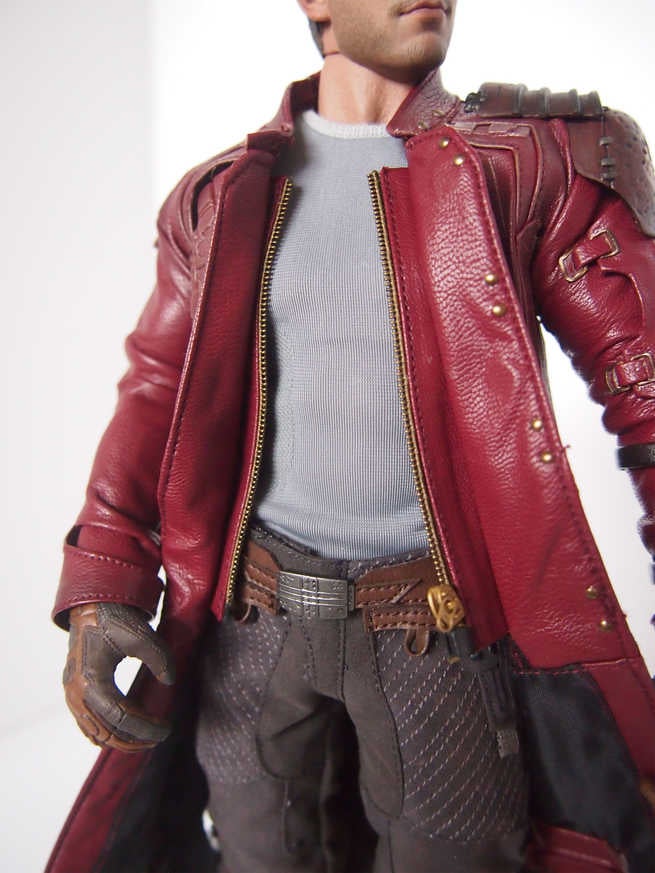 But it doesn’t stop with the figure’s outfit. Each accessory that comes with the collectible is meticulously detailed, from the cassette player featuring a tape labeled “Awesome Mix Vol. 1” to the treads and rockets on the ankles of the boots. His signature messenger bag fastens around the figure over the shoulder and across the waist, and the detail is immaculate, from the zipper to the leather texture and coloring. 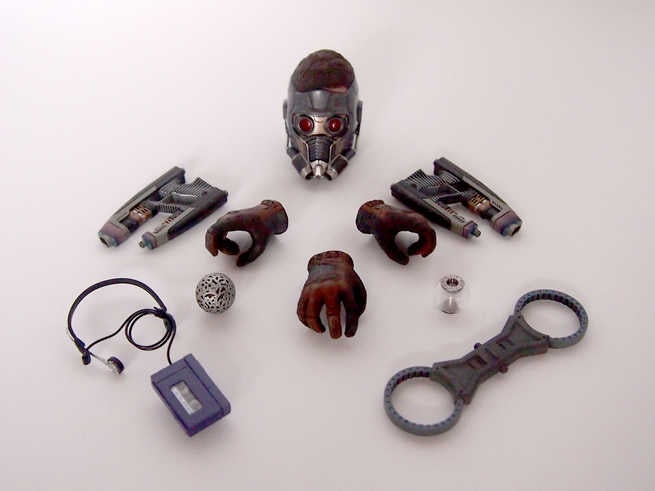 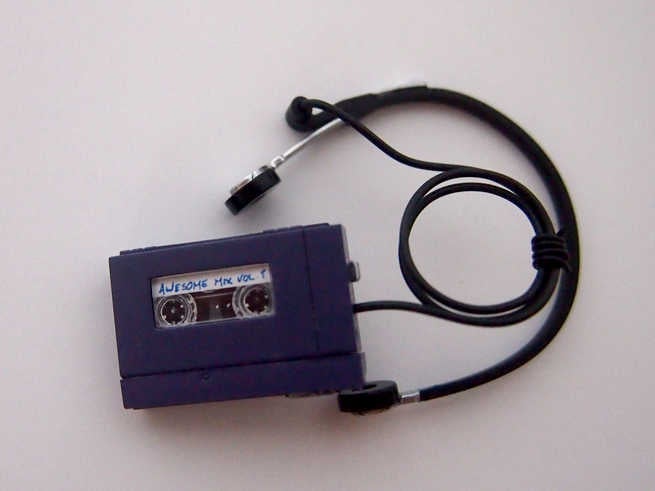 The figure also comes with Star-Lord’s two pistols, and they holster at the hip directly to the collectible’s pants. Other accessories include handcuffs, and two orbs, one in its container and one unsheathed. And the cherry on top, the figure’s coat zips, though the chest is “muscular” and it’s a bit challenging to get the coat to close. (But there are magnets in the coat lapels that hold it closed in most poses when the figure’s arms aren’t splayed out wide.) And the piece de resistance? Star-Lord’s earpiece, perfectly detailed, affixed behind the figure’s right ear. 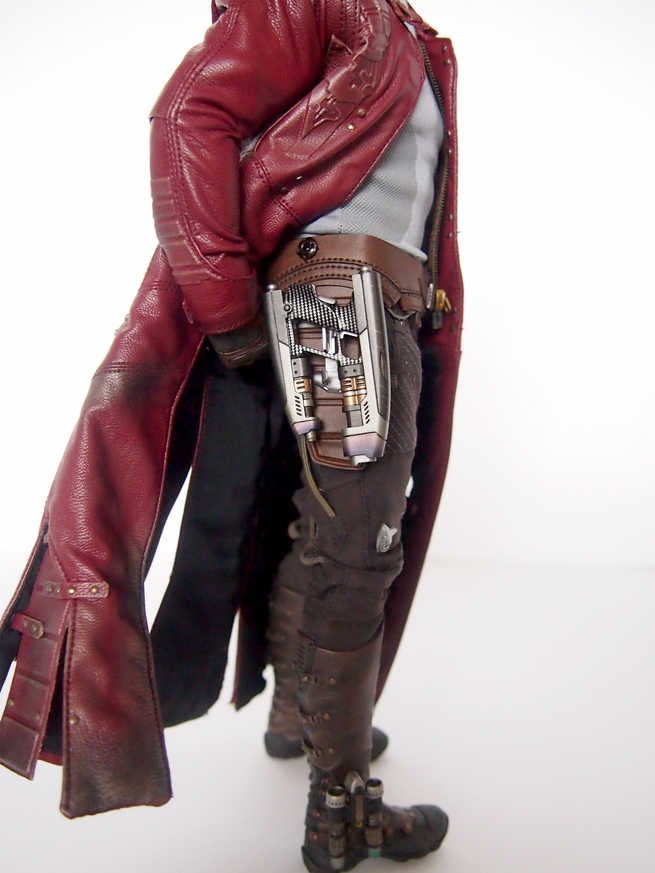 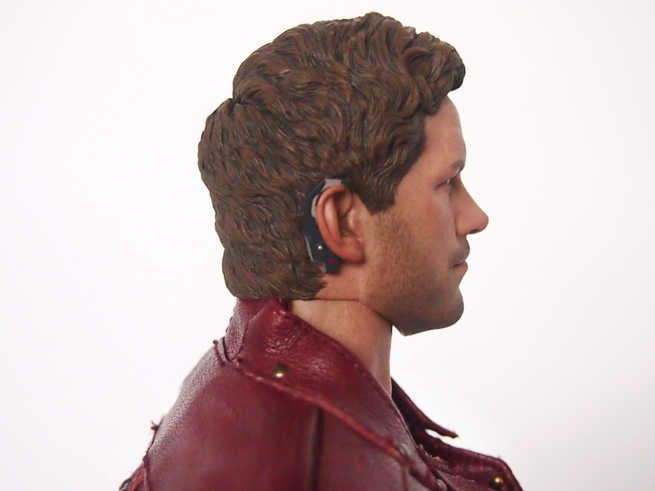 Posability: The heavy costuming on this figure makes posing it a little challenging, but certainly not impossible. You can easily manipulate the figure into all of Star-Lord’s iconic stances, whether it be double-fisting pistols or rocketing off with an orb clutched in his hand. The figure does come with fewer hand-options, but to be frank, you won’t miss them. The figure is fun and dynamic, and comes with a multitude of accessories, leaving you with myriad posing choices. 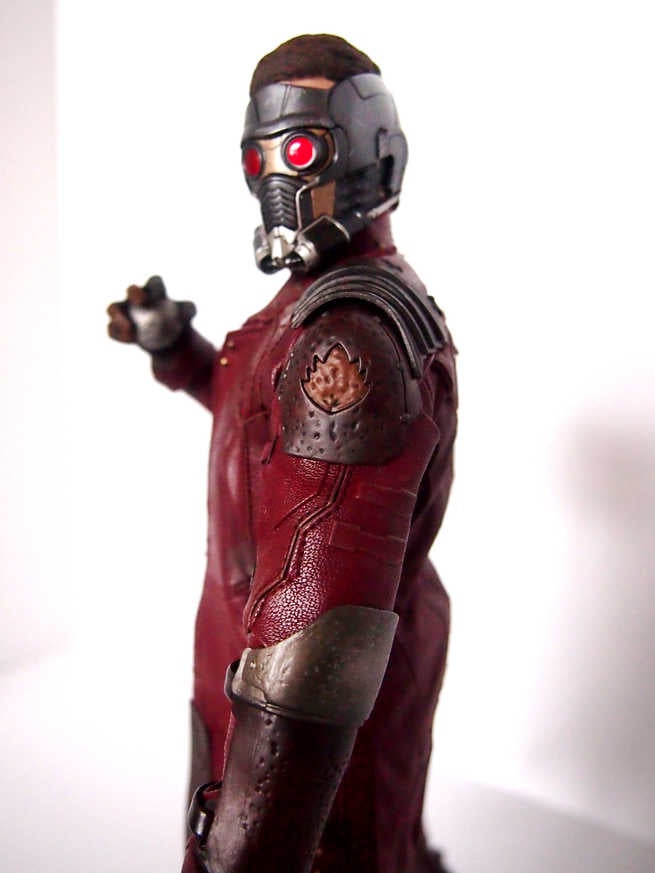 Overall Value: For the cost, fans really get a lot when they order this figure. If you’re looking to grow your collection with a Star-Lord movie figure, this is the collectible for you.
[store-items skus=”902219″]