Hot Toys continues to assemble their popular Marvel Avengers: Age of Ultron collection with the debut of the next might Avenger – Thor!

Featuring an incredible life-like portrait of Chris Hemsworth as the thunder god, and a beautifully detailed screen-accurate costume from the new film, this figure also comes with two exciting new features that have never been seen from Hot Toys before –  a LED light-up Mjolnir accessory, and an all new Augmented Reality app to bring the collector experience to the next level. 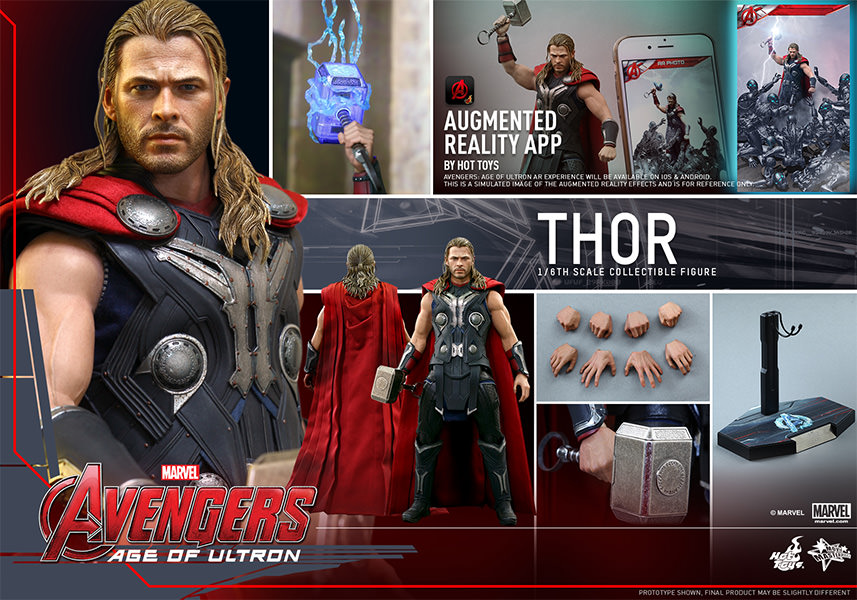 Anyone who has seen a Hot Toys showcase at Comic-Con knows that they have always been all about impressive presentations, using holograpic 3d pyramid displays of awesomeness to wow the crowd, like this latest one from none other than Age of Ultron.

Now it looks like they’re working to make it so collectors can bring home a similar experience, with a new specially designed 3D augmented reality (AR) app. For those of you who aren’t familiar with Augmented Reality, it is basically a real-world environment that is supplemented by computer generated content. Marvel has been experimenting already with some of their products, so it’s an exciting surprise to see Hot Toys embrace it in their figures as well.

According to the description, with the use of this new app (which will be available soon on iOS and Android), fans will be able to “explore and take photo of the striking 3D scene where a number of Ultron Prime’s dangerous sentries are swarming to attack the Asgardian prince.” 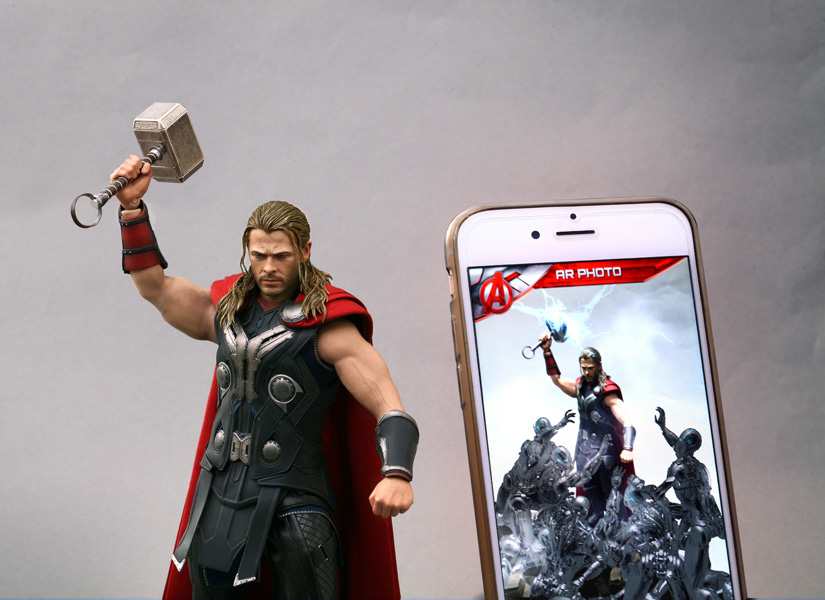 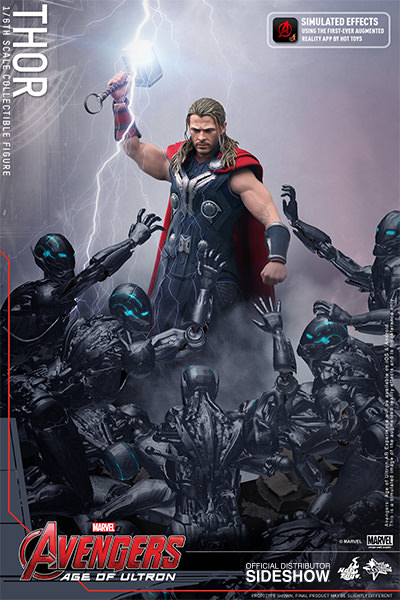 Sounds pretty exciting to us, we can’t wait to see what Avengers collectors will make of it! Avengers, Assemble!

New Premium Art Print – Terminator: The Future is Not Set